Animations,Dynamic Lighting & Early Game Build? Our very first DevLog for The Untold Legacy. Here we will update everyone with where our games development.

This is my first time posting so bare with me as I learn all the tools used here at indieDB. I may know a lot about game development and design but I am still a newbie when it comes to anything html or website related. Thank god Stefan (The Untold Legacy's coder) is a web developer and is here to walk me through everything.

Let me begin by introducing myself. My name is Matt and I am the artist, animator and lead developer behind The Untold Legacy. I have some pretty extensive experience developing web games ranging back over 14 years (back when I was 12!). You can look forward to having us posting frequently through the games development. Expect to hear from the other 2 development members of our team in some form. (either they will post or one of us will post for them) The third member is Daniele aka "Soundtricks" and he will be handling all music and sounds.

Over the past couple of weeks I have been devoting most of my time to working on the games various animations. In Untold Legacy im really wanting all the characters to show strong characteristics as well as fluid animations. I'm achieving the animation style by using a variation of meshes, skewing and a skeleton. All of which is setup in an animation program known as Spine.

The Hero Pushing an Object:

By using spine this will allow us to manipulate the character in realistic and dynamic ways within the game world. Just a few examples: when the hero is running through a village he will turn his head in a realistic manner to look at objects of interest, his hair can be effected by wind, and the hero can have various facial expressions while playing the game. Imagine his eyes darting around or the heros facial expression changing to match the setting. Pretty exciting stuff isnt it?

His animations will also blend in fluid ways. Normally when seeing 2D animations in a game you will see a series of animations switch. But by using spine it has allowed us to "blend animations". Meaning the hero can go from a natural walk cycle into a run cycle.

Some of the other advantages to spine is we can easily assign props to the hero such as a sword or shield. Making it very easy to swap items and if needed alter existing animations. You can even add event listeners so Stefan (our) coder knows when to activate certain instances. For example when to initiate the player jumping, when to play certain sound effects or when to initiate damage.

The Hero Walking With Weapons Equipped:

So yes the technology we are using is awesome. It really opens up a lot of doors and allows us to do things you normally couldn't.

Now on over to the code end of things. Stefan was largely working on the games prototype. We did have a working build from before but we made some big changes in the gameplay/design (just prior to the games official announcement) which resulted in Stefan restructuring the whole thing and starting from scratch. In the end this will for sure make things more organized and structured. We wanted the game to be as unique as possible so we implemented jumping into the mix which will make progressing areas and combat more unique. Below you can see we have dynamic shadows, fluid spine animations (placeholder), z mapping, jumping and a touch of 2D normal maps.

Me Testing out Dynamic Lighting and Jumping

On the other end of things we have also been hard at work with some concept art for some rather important locations in the game. You can see some of the early progress below. 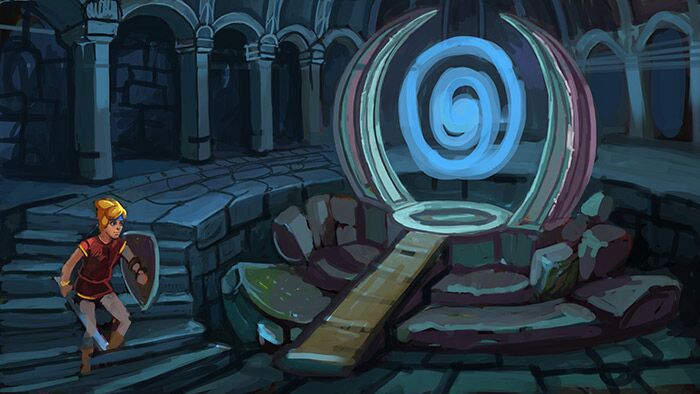 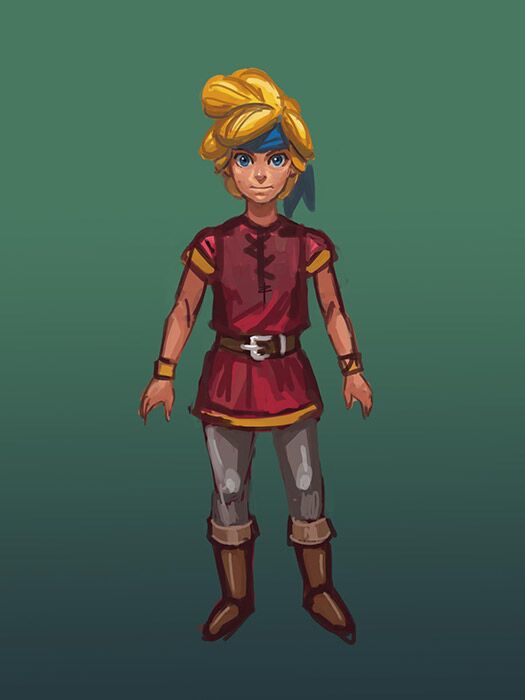 So what do you guys think? Are we on our way to create a masterpiece? Or another pile of crap to be forever doomed in game limbo. Chime in and let us know! I know the team is incredibly confident and as the days continue on we are all surprising each other with the quality we are delivering.

Hey :) We've talked on Twitter, I think.
I'll track your game! I love the concept art.