After a lot of thinking, I written a story for the mod. It will be a real Stargate adventure, so ready for it...

After a lot of thinking, I written a story for the mod. It will be a real Stargate adventure.

The first mission will be only an introduction

The naquadha mine
The mission is simple, we know it, destroy the naquadha stores, and steal a little. 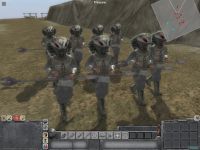 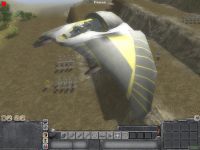 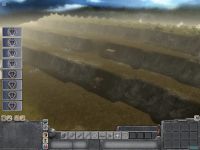 The second one where the story is really starts

Light of the gods
The Tok'ra spies are reported about a something important. This thing is can change the fate of the galaxy. An ancient part of an old weapon, a magnificent energy source, a ZPM, so the Tauri need it all costs. With Bratacs help, the jaffa resistance and the Tauri is want to attack the transport team of the Goa'uld system-lord, but everything gone wrong, the half of the team is captured, the Goaulds are left the gate with the ZPM, but at least a few men followed them.

The big escape
This is the ha'tak mission. Well, Tealc, Jack, and Daniel is went trough the gate in the previous mission, so they don't available, but Carter remains. You have to escape from the hatak to the earth. Tokra spies will help you. 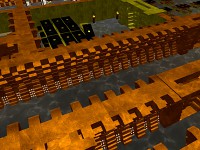 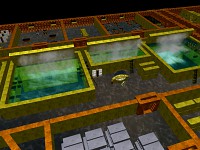 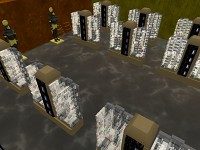 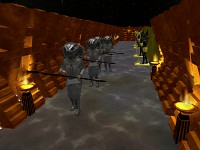 The cat and mouse game
Well, the other part of the team have followed the jaffas trough the gate. After many walk, fight, the team is lost the Goaulds, so they must go home. But not without troubles, of course.

The little guys
The Tok'ras reports are mention the ZPM is arrived to the citadel of the Goauld, and they started to build it to a new hatak. The procedure is going slow, because hard to match the Goauld technology with the ancient, but when its done, the ship will be unbeatable. So we need a plan. To attack alone its a suicide. We need an alternative way. Well, Carter has found it. Reprogramming replicator blocks would be a good solution, modify their program to after 48 hours they will disassemble themselves automaticly. Jack worries a lot about them, and the he had right, because a little spider is jumps off the table and runs behind the bookcase, and disappears. Its bitten a nice hole to the wall, and its escaped, so we have to protect the SGC, and after 48 hour the complex is cleaned fully, because the replicators are disassemble themselves, but we have to defend themselves in this time.

The attack
The Tokra spies are placed the replicators to their places, and the little guys are started to eat the walls, kill people, and they of course replicating. So there are many of them. We task is to get in, get the ZPM and escape.

Factory of the devil
The ZPM has arrived, but it was disappeared on the way to the Area51, what happened? Well, only the Trust can done it, so lets start with them. We have an ex Trust member in a prison, yes this guy is Colonel Maybourne. He gave us some information for his freedom. Well, he can't be free, but this is a good point for he. He talked about a factory unit in Texas. There are many illegal operation there, but he don't know what they doing exactly, but he gave us an address. Good place to start. So here you must find the proofs, and information about them. The security is very good. Be careful. 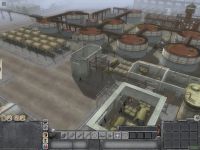 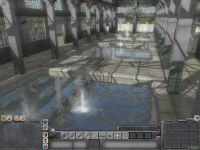 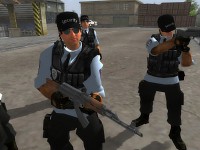 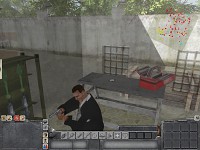 The ancient warehouse
Well, after the factory, we found a lot of information everything in the Trust. They are mention the ZPM, but they aren't not mention a place. So we must find it, but the Prometheus's sensors don't see it's energy signals, so we need a better detector. Maybe an ancient detector? Thanks an Lantean database on the Antarctica, we know an address of an old warehouse. But after the team arrives, they didn't found the original building, because the civilization of the planet has delivered the the gate to a underground complex with everything what they found. Well, its the stargate program of the planet, but an atomic war destroyed the surface, and the personnel of the complex has left the planet, but the security robots are stayed on-line, they defending the place. The goal is get the Life detector, and leave the planet. 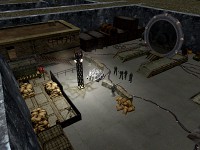 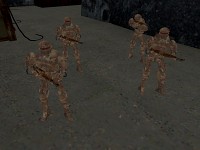 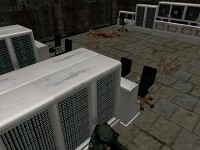 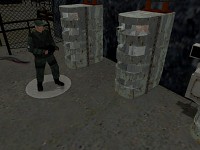 The airport
The ancient detector was worked. It has pointed a little central Europe country's capital. It is in the airport, because they waiting for an Goauld freighter. The main goal is to get the ZPM. But mercenaries guards it. The local police will help the action. Don't kill the civilians please.

Bonus mission
The police of Las Vegas is incapable to find a killer gang. Inspector Shepard is can't do anything. A lot of dead body in the desert, mass-graves everywhere. The people is afraid, riots are started, the police MUST find the murders. Two thing is common: the bodies are in very wrong condition, like mummies, and something radioactive isotope on their bodies. So the police is call the best specialists...

could be a good one