In this update, I want to share with you the Sho't Kal Alef and new turret toss effect.

The Sho't Kal Alef is an Israeli modification based on the Centurion tank. The powerpack was upgraded to the Continental AVDS-1790-2A diesel engine and the Allison CD850-6 transmission. The upgraded powerpack improved the tank's speed, range of travel and because it was a diesel engine, reduced the chances of ignition in the engine. The gun was upgraded to the Royal Ordnance L7 105mm gun, which proved to be crucial and influential. The firing rate of a skilled crew with this gun was high, standing at over 15 shells per minute, while Soviet tanks, such as the T-54/55, had a firing rate of 4-5 shells per minute. The Hebrew to English translation of the word 'Sho't' is 'whip', while the 'Kal' refers to the abbreviation of the engine manufacturer Continental, Alef stands for "Mark A". 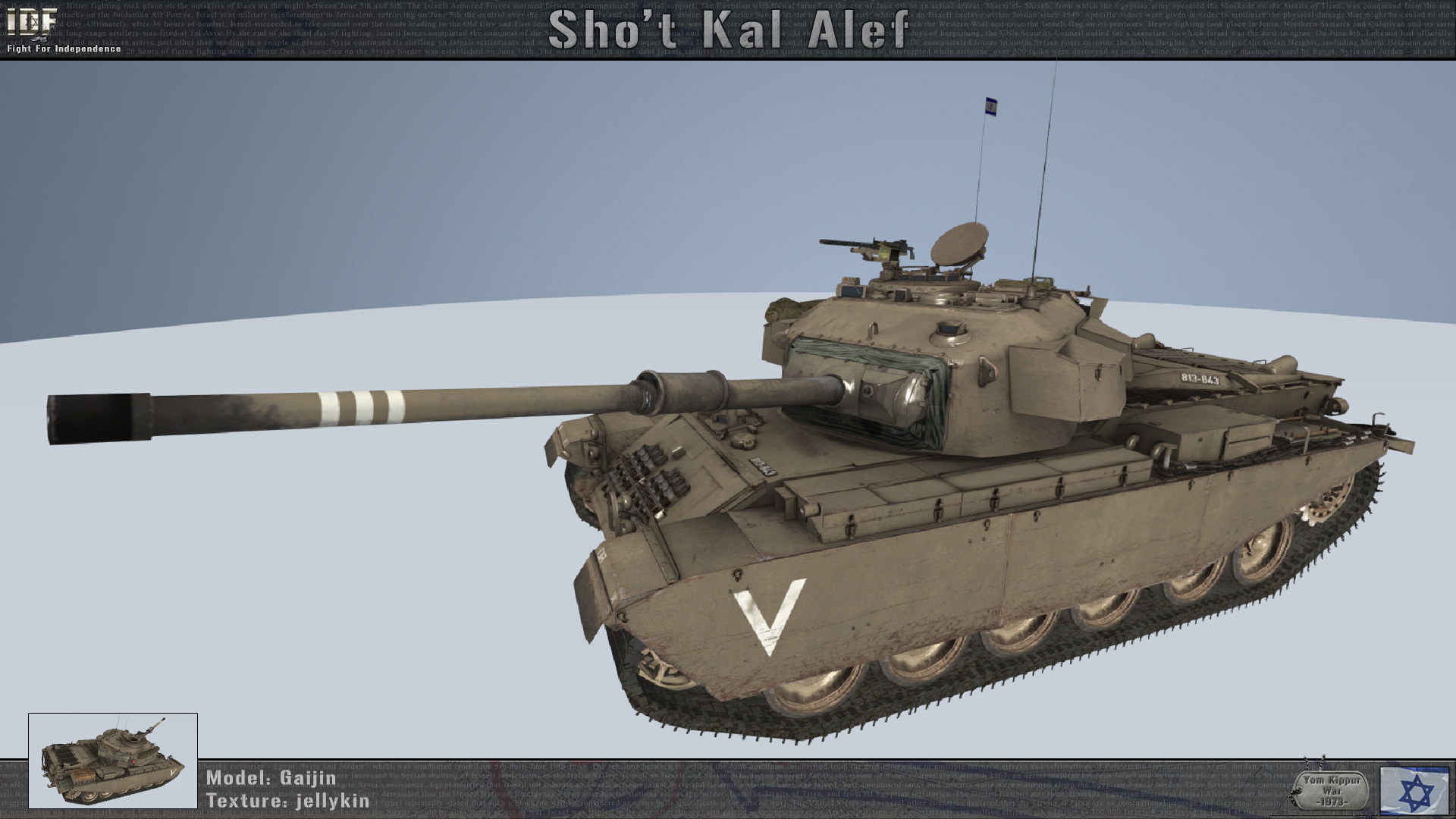 The model and texture were created by Gaijin and jellykin. 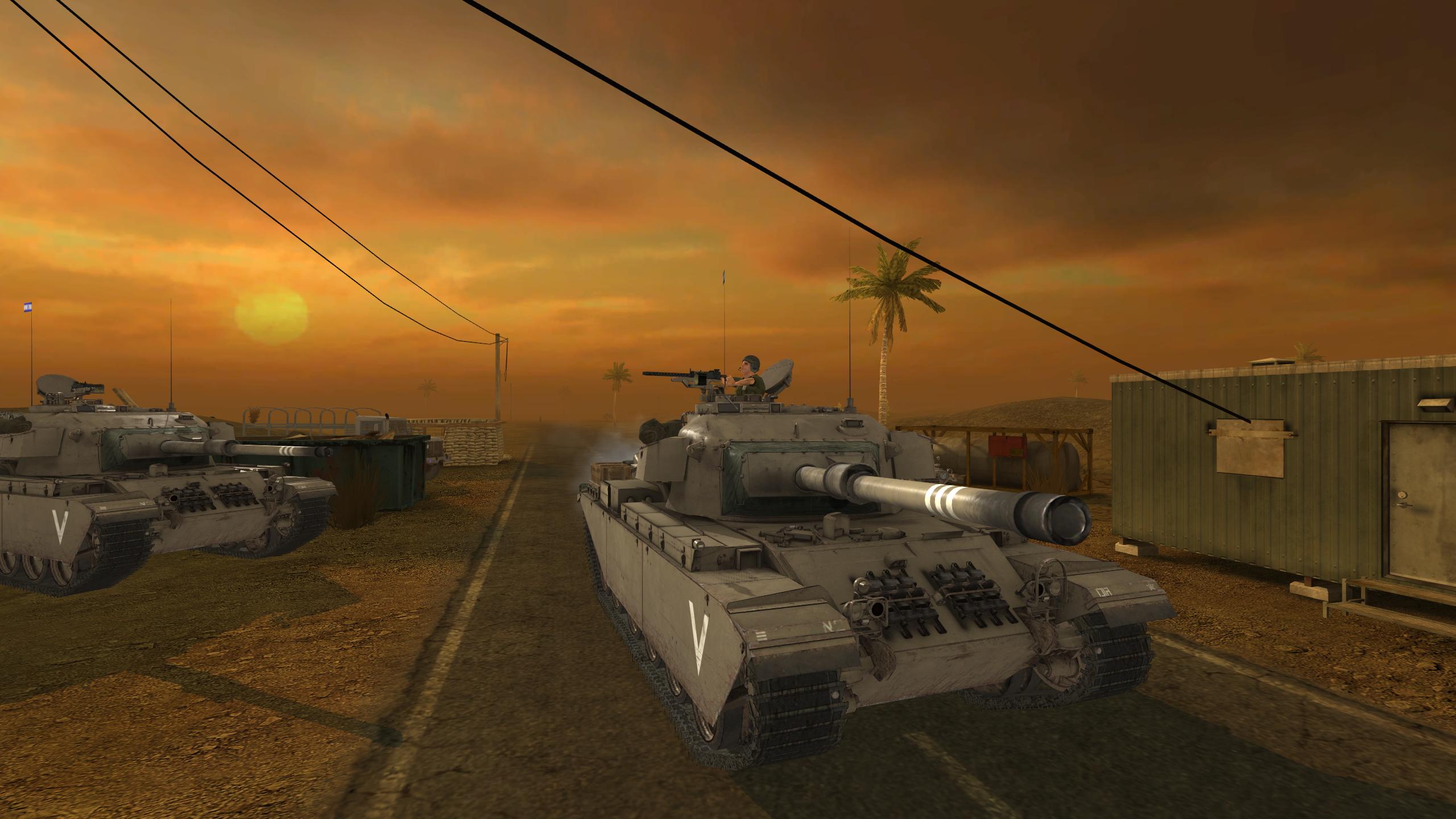 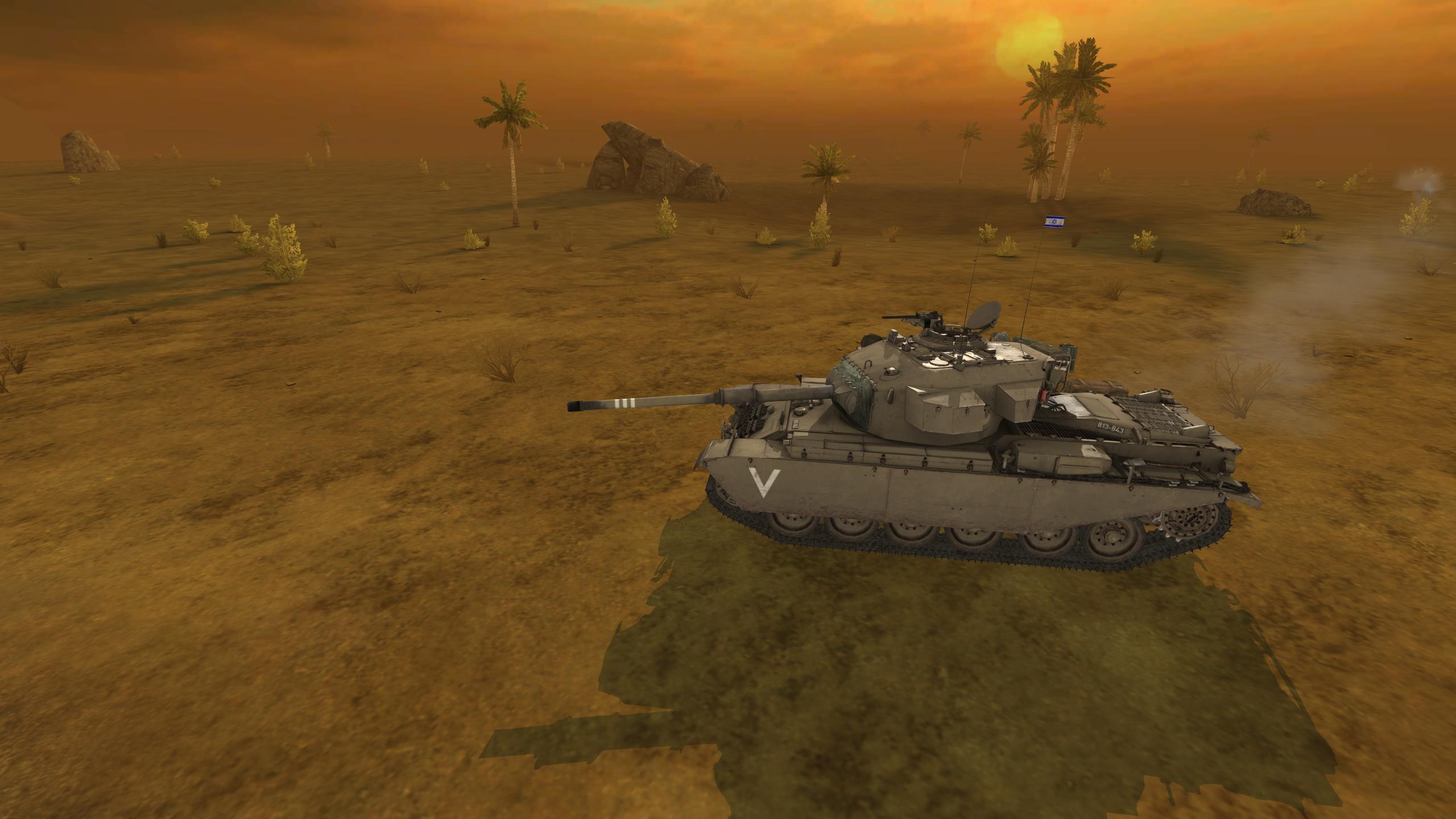 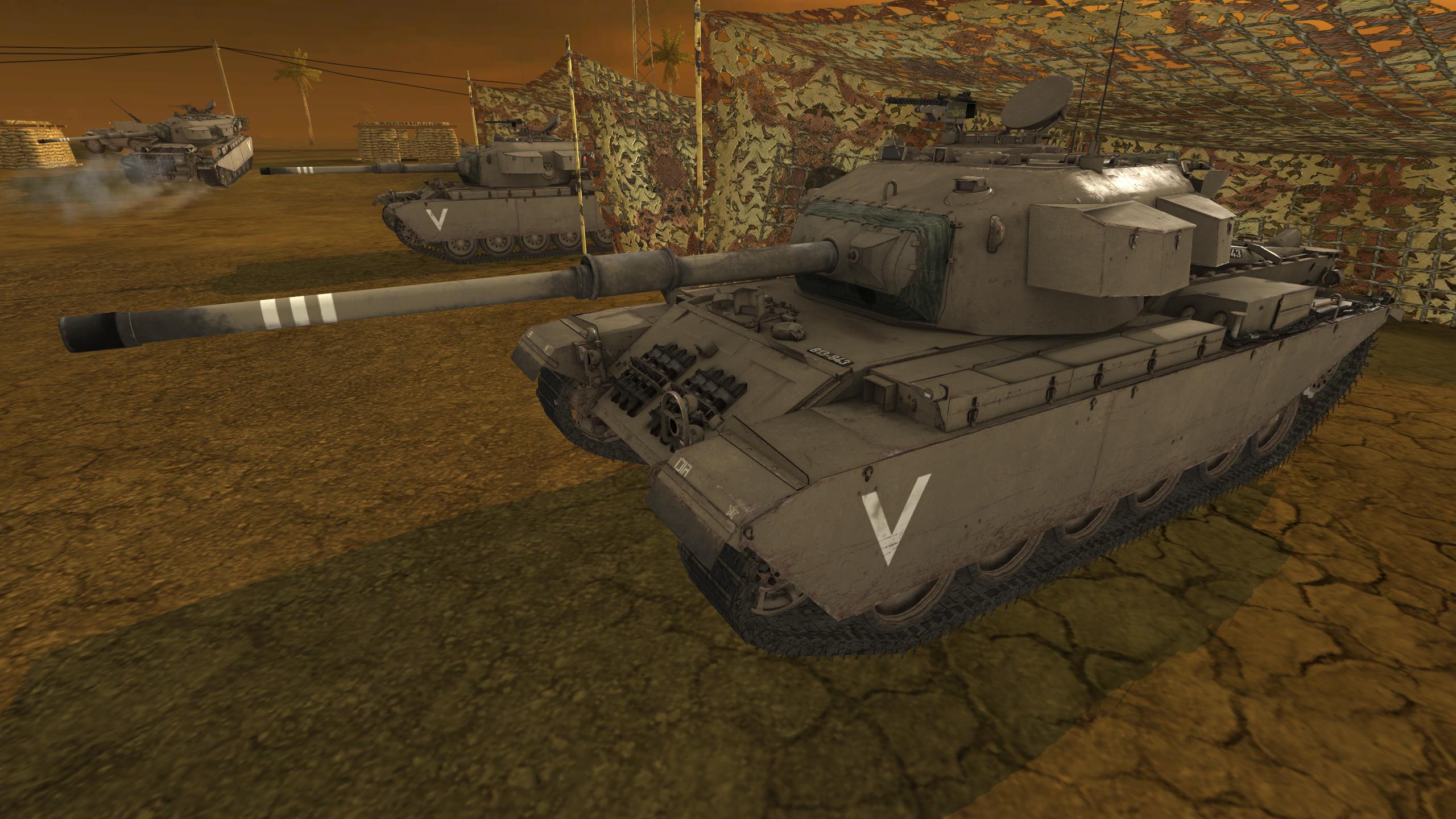 In addition, I want to introduce you to A new special feature in our mod:
Turret toss effect, when the vehicle explodes the turret will get tossed up into the air. This is pretty cool in-game. Our mod team is adding this effect to most tanks and other turreted vehicles. Thanks to DCON mod for this idea. 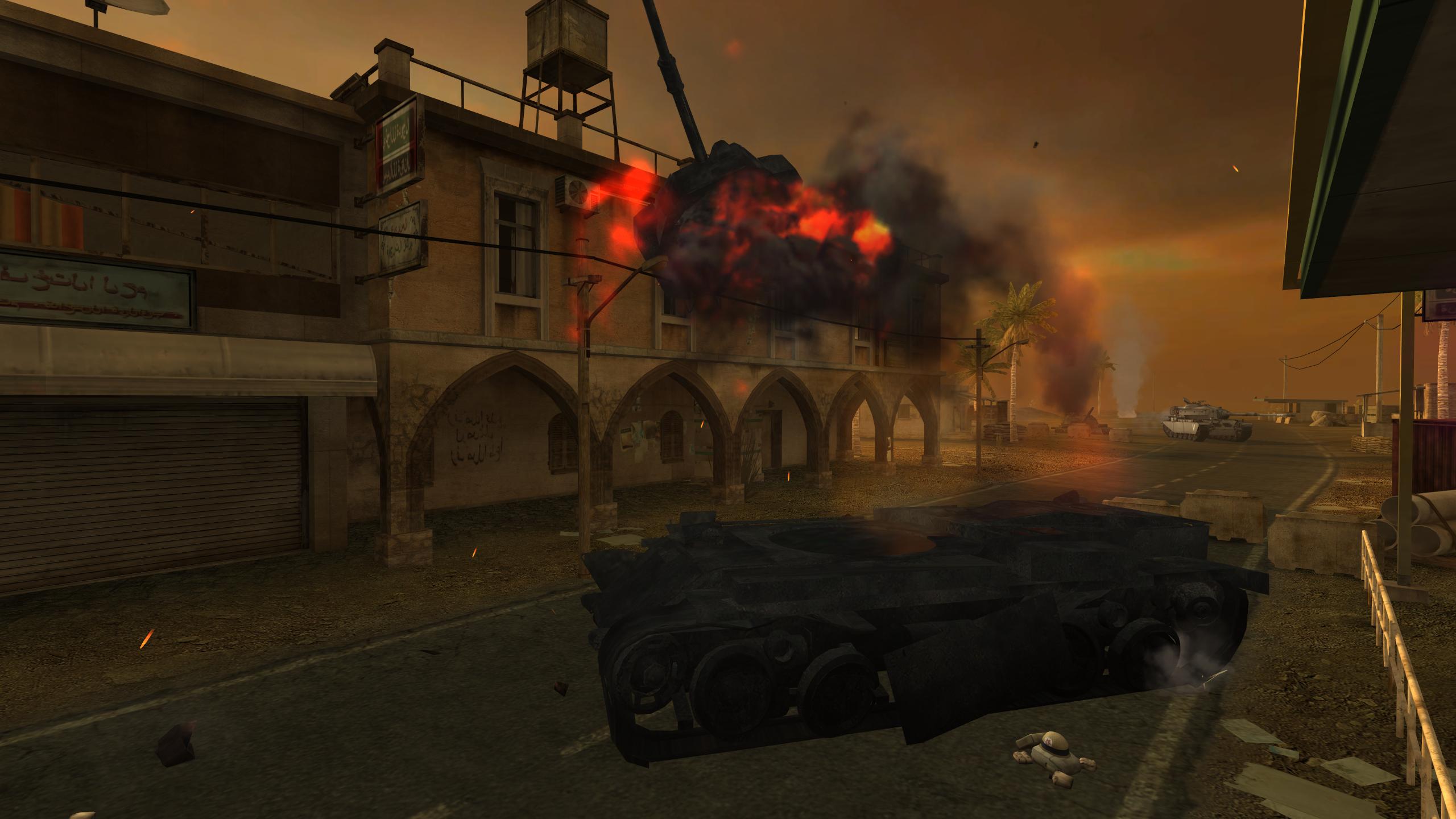 Finally, this week a new series based on the 1973 war was released by the Israeli Television Corporation, you can watch there the Sho't Kal in real action. The name of the series is "Valley of Tears" ("Sh'at Neila" in Hebrew). 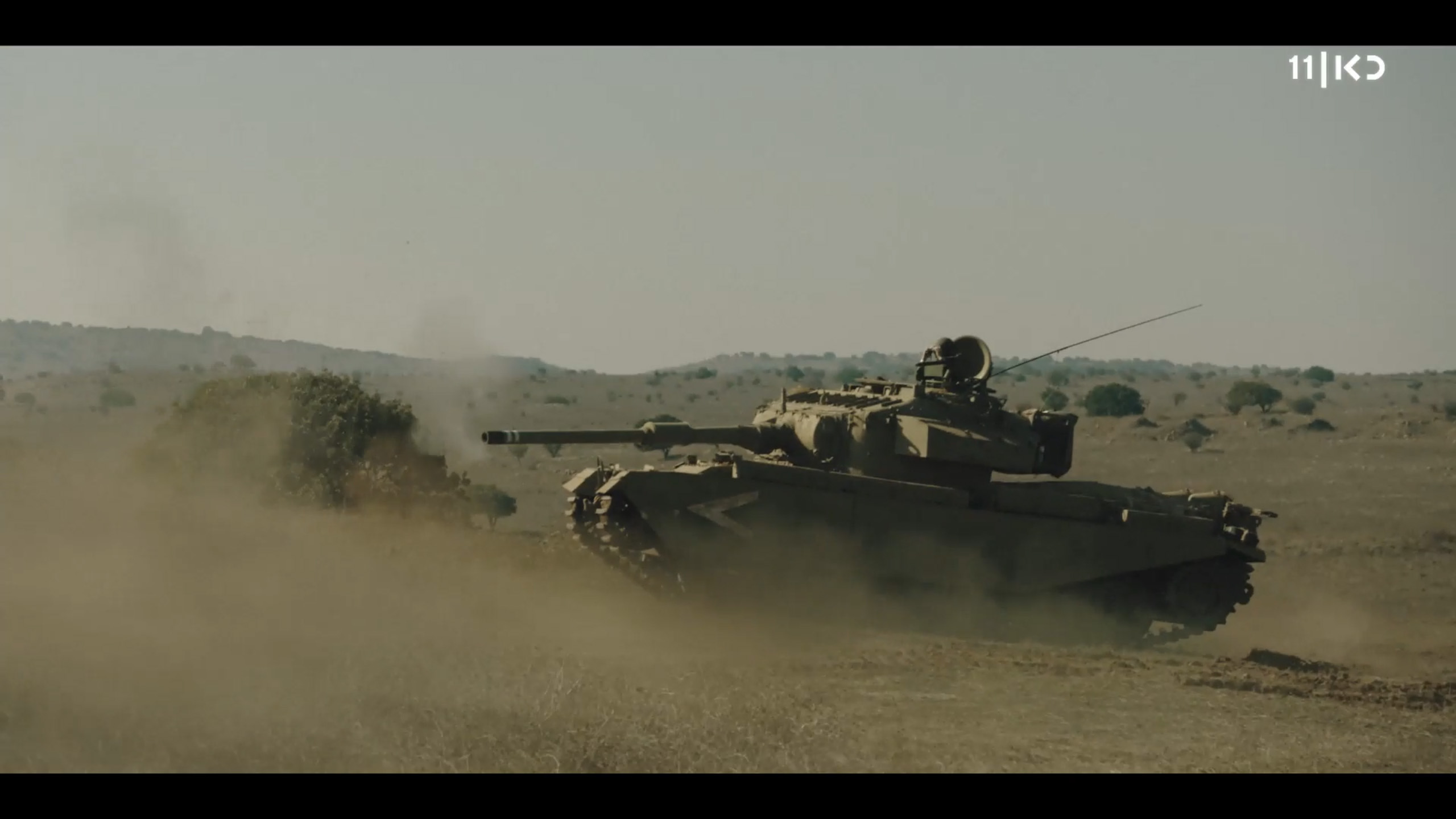 Nice one, wonder how the Turret toss effect looks like, maybe: