Post news RSS The Road to Edain 4.6: Murin and Drar

Take a look at the reworked heroes Murin and Drar, who now focus on supporting the infantry of the Iron Hills.

Posted by ElendilsCousin on Jun 8th, 2021

Ever since the rework of Dain Ironfoot, the Iron Hills were missing supportive heroes to lead their powerful infantry. With 4.6, we want to change that and reworked Murin and Drar to fill that role. Today, we want to showcase their new design. 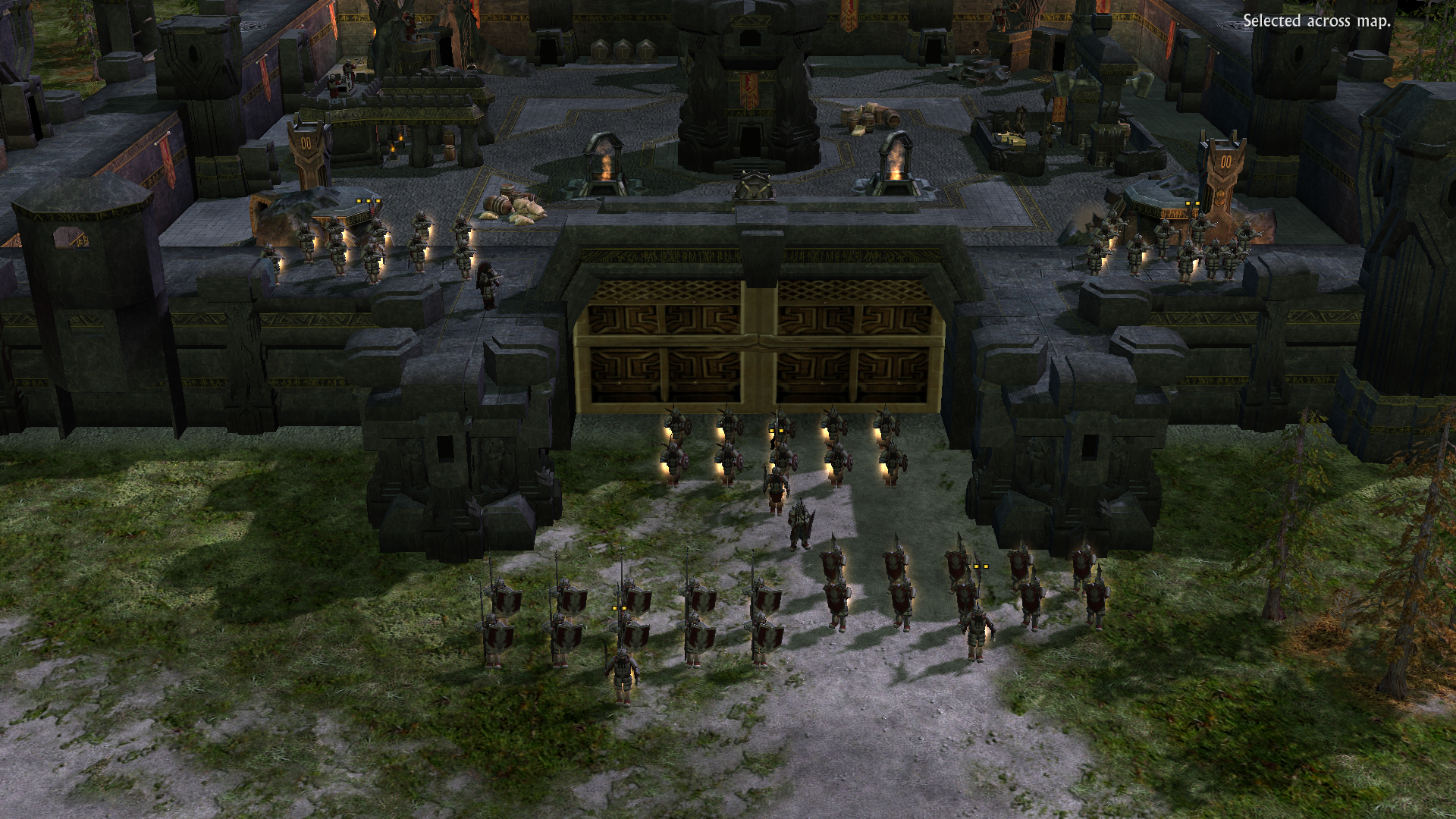 Officers of the Iron Hills

Murin and Drar always had a special connection that offered them increased damage, as long as both of them are on the battlefield. We wanted to maintain this connection, because it adds a lot of character and flair to them. At the same time, we wanted to improve on this rather boring stat boost and turn them into a duo that is more than just the sum of its parts. That doesn't mean we removed with their individual bonus completely, however - if both are recruited, Drar will fire with flame ammunition and Murin will knock enemies off their feet with each attack. 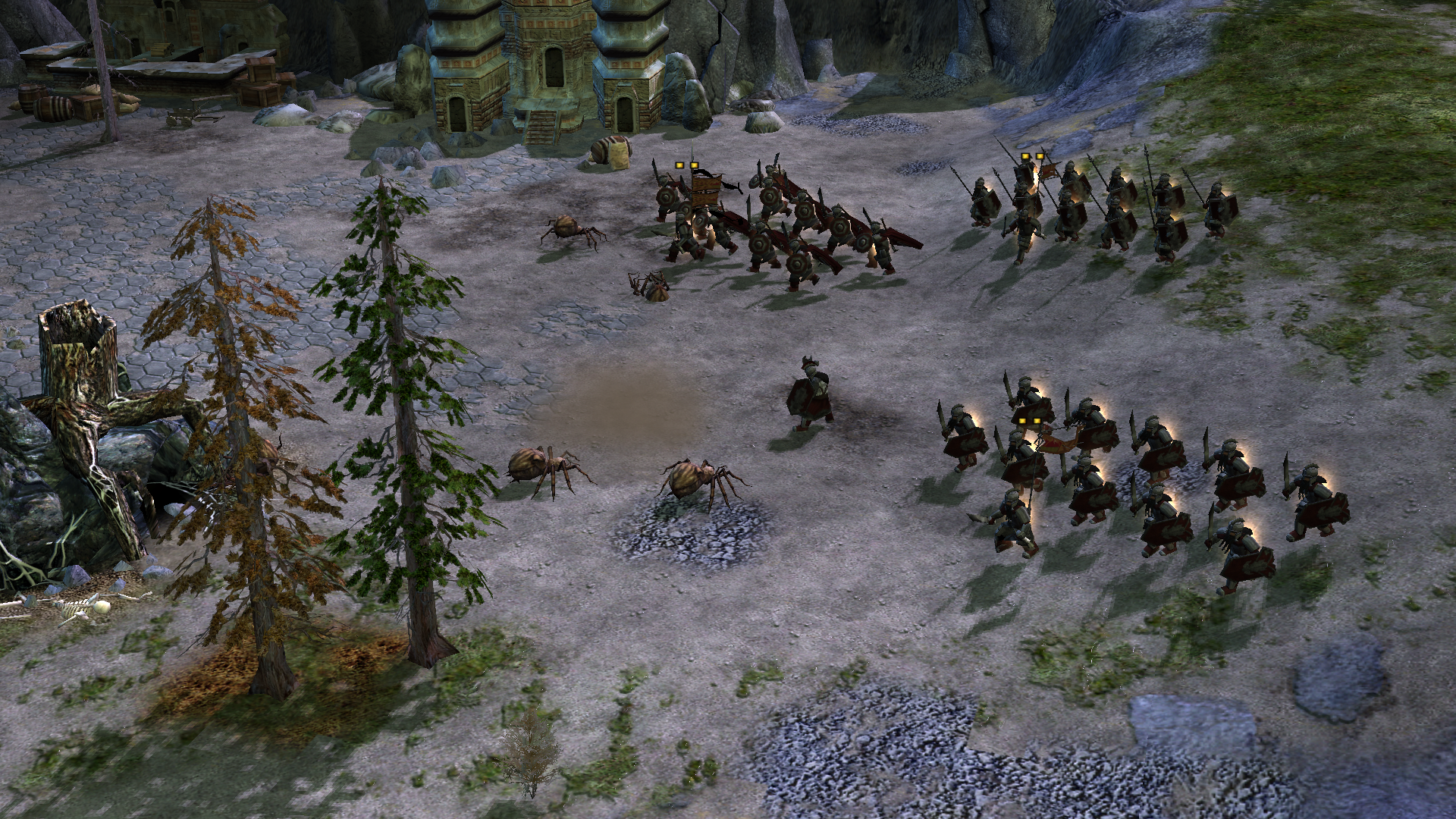 Lieutenant of the Iron Hills: Murin is a battle-hardened veteran and safely guarded his soldiers through many battles. His fighting spirit inspires nearby allies and increases their armor by 30%. Murin receives additional bonuses when Drar is recruited.
Defend The Halls!: Requires: Level 3. Murin orders his units to defend their halls with their lives. Units near allied Dwarven buildings move 50% faster for 30 seconds.
Charge of the Iron Hills: Requires: Level 5. Murin orders some Ram Riders to ambush the enemy ranks, knocking back any that stand in their way and slowing them down for a short time. Cannot be used on top of enemies.
Barrage: On Murin's command, a barrage is fired at the target area which deals medium damage to units and knocks them off their feet.

Murin now focuses on allowing the slow dwarves to get into melee combat. To accomplish this, he has several abilities to either slow or knock down enemy units or speed up allied units. Defend the Halls! probably sounds familiar to some of you and offers a lot of possibilities in combination with the tunnel system of mineshafts, easily catch retreating enemies or flanking unaware opponents. The Charge was also adjusted to fit his role: It now has to be cast in open terrain, but pushes enemies towards Murin with a lot of force. If used correctly, Murin can push many enemies at once into the waiting arms of your Dwarves. And finally, the Barrage is a powerful ability to control large groups of units and render them unable to move so your dwarves can surround them and finish them off. 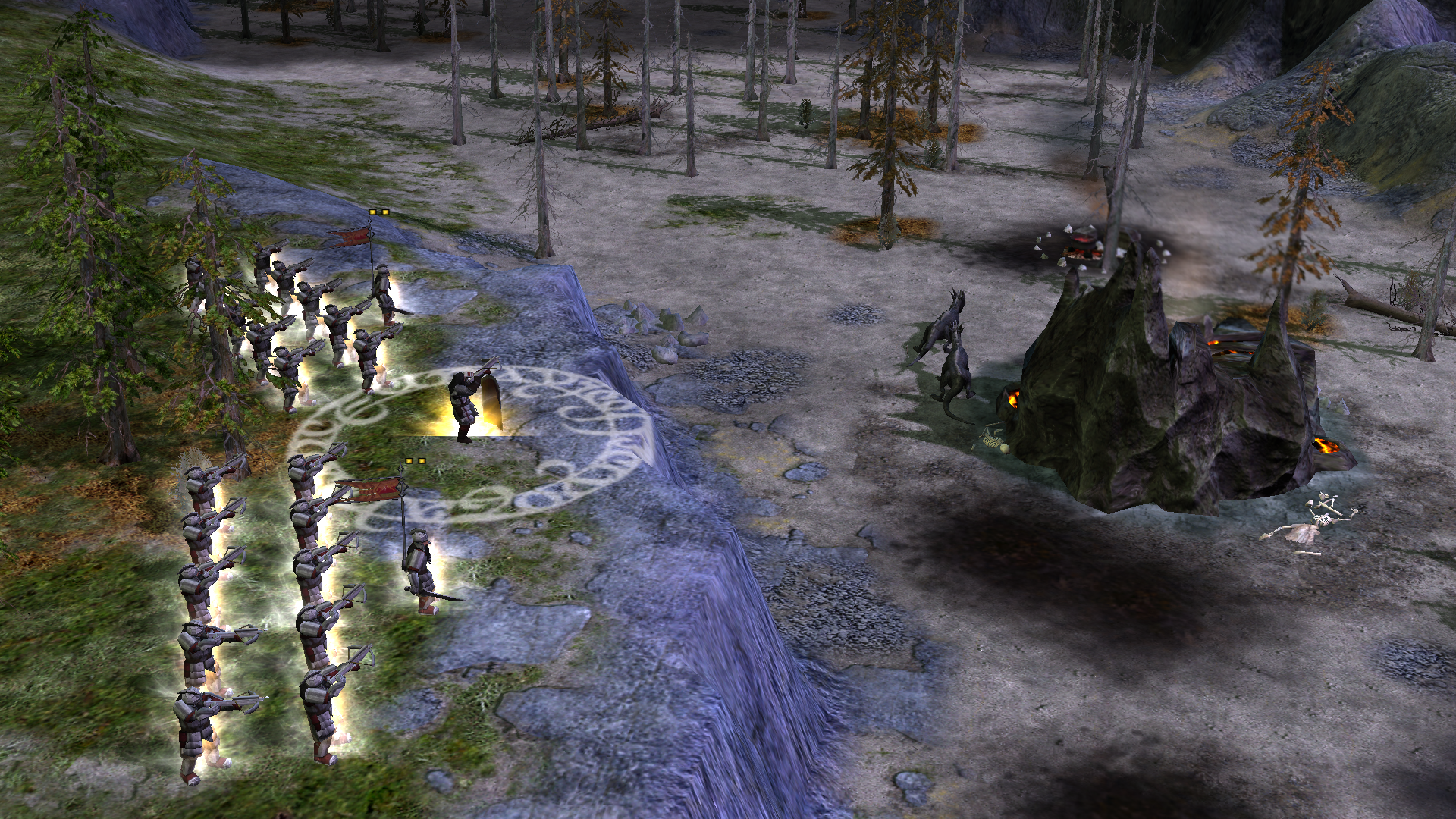 Lieutenant of the Iron Hills: Drar is the greatest marksman of the Iron Hills and has dealt with many threats already. His experience in finding weak spots increases the damage of nearby allies by +30%. Drar receives additional bonuses when Murin is recruited.
Pavise: Requires: Level 3. Drar places his Pavise on the ground and commands nearby soldiers to hold their position. Nearby allies follow his example, becoming immune to knockback and trampling and gaining 25% armor against ranged attacks.
Focus Fire: Marks an enemy hero or building, increasing the damage of all Dwarves in its vicinity. If the target is destroyed, nearby allies will temporarily gain +150% experience.
Blinding Barrage: Drar commands a bombardment with modified ammunition that robs enemies of their vision. The range of archers, machines and structures in the target area is reduced by 50% for 30 seconds. Great range.

While Murin is all about getting into the fight, Drar takes care of winning the fight once it starts. Once he puts down his Pavise, allies in his vicinity rally and gain powerful buffs, allowing even archers to stand up to enemy cavalry. Later on, he can take care of high priority targets like heroes or important defensive structures, gaining additional advantages if you successfully manage to destroy them - the longer he is in the fight, the more valuable he becomes. His Barrage was another way for us to show the parallels between the two heroes. As important officers in the army of the Iron Hills, both can command the use of heavy machinery in battle. Murin uses it to stop the enemy in their tracks; Drar uses it to disrupt enemy formations and make up for the low range of his fellow crossbowmen.

I havent even read it!! And i already love it!

Interesting as always Edain Team; I didn't even realise the Iron Hills didn't have a support hero. Though now they no longer have a building destroyer XD

But they don't really need one. Dwarven artillery does that job for them.

Murin and Drar did always seem not too useful to me, so this change will be interesting to see.

We moved away a bit from the concept of Building destroyers, because those are often only useful in really specific situations and otherwise not that useful. As a result those heroes are not that well received by the community.

Instead those heroes should enable or support sieges and or destroying enemy buildings. An example for that is Gloin's sally ability, which is most useful for suprise attacks on enemy structures, but can be used otherwise as well.

The same Drar still is good for sieges and destroying buildings. He gives you boni for destroying enemy buildings and enables the creation of a safe siege camp, from where you can attack the enemy fortress.

Strategical overdoes! xD I think i found my new fave heroes for 4.6! ^^

PS: Btw why does MOddb doesn't shows this page as updated in Rotwk mods section? :P