An overview of the Red Alliance, one of the mod's main playable faction, created by Antoku and MartinMb. 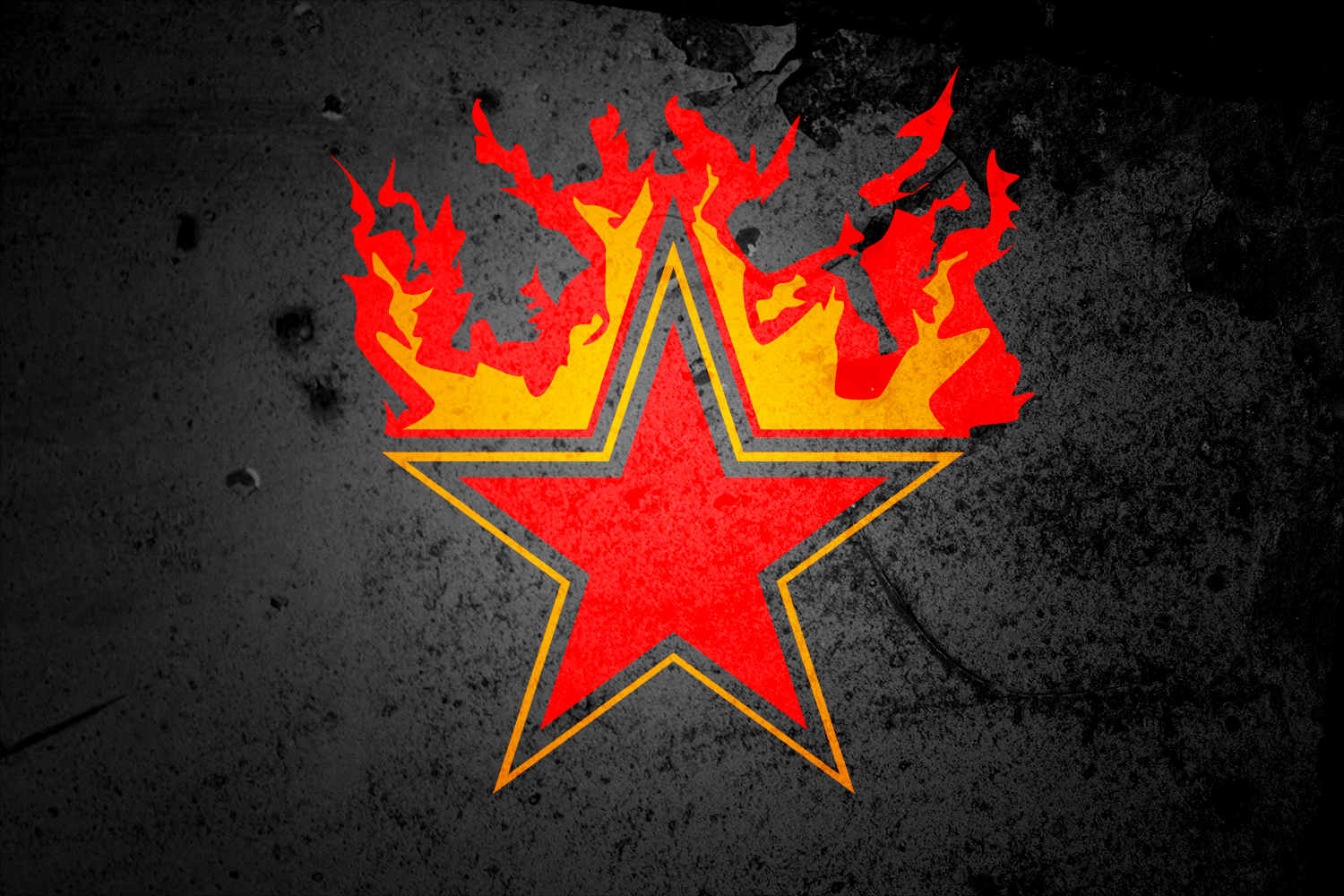 The Blazing Star, symbol of the Alliance.

One of the mightiest military powers the galaxy has ever known is an alliance between two peoples with extremely developed military traditions.

Even though, at first glance, these two factions have little in common except their hatred for the Federation, they began working together out of necessity.

The first had a desperate need of help for space travel, not to mention ressources they lacked because of their isolation on a hostile planet.

While the second wandered in infinite space without any homeport or sufficient resources to maintain its long lost fleet.

Underneath this cruel, violent, brutal and revenge-hungry facade are humans hardened by decades of privations, guided by their relentless leaders.

During the Golden Age of space colonization, the people now known under the name of Kerberians had the mission of colonizing one of the most hostile planets known, Kerberos, a volcanic world only interesting for its mineral resources.

A toxic atmosphere, oceans of lava, extreme temperatures either day or night (supposing that there’s even a “night”), winds easily reaching 300km/h in normal conditions, very rough terrains and gravity 1.5 times that of Earth were sufficient factors to keep away all but the most determined settlers.

If life seemed difficult for the settlers of this world during the first years, it was nothing compared to what was to come. In fact, this planet is, against all odds, inhabited by life forms adapted to its dangerous environment. These native sentient species have a reptilian appearance and the general level of intelligence comparable to primitive humans. They were immediately hostile to the idea of space-faring invaders on their world and would become increasingly aggressive towards human settlers, systematically attacking mining encampments and destroying scientific outposts. The indigenous tribes furthermore received the help of legendary animals, which they revered as gods: the armored worms, or “Hellions”. Similar to giant carapace-clad subterranean centipedes, these gargantuan predators emerge from lava torrents to blast out devastating streams of fire on their preys. They also move through the rugged terrain of Kerberos like a fish through water.

Just when the situation appeared to force the settlers off the planet, all nodes allowing sub-space travel suddenly became unusable due to a major accident. The Terran Federation, not considering the evacuation of Kerberos’ settlers as a priority, abandoned them to their grim fate. Without the vital resources coming from faraway worlds, except for some occasional rare lost spaceships, the settlers found themselves trapped, facing certain death in an overwhelmingly hostile environment.

It is then that a man known as Antoku entered the game. He organised the heroic resistance of the doomed settlers facing unremitting waves of native lizard-men. Cornered, Antoku and his people reorganized in order to survive. Science stations were transformed into barracks and each piece of habitable land was fortified, then fiercely defended. Raising armies of mentally conditioned and overtrained soldiers, geared with reliable and efficient warfare equipment, they were able to push back the hostile lizard-men tribes.

After centuries of hard day-to-day fighting, the human people of Kerberos had adapted to survive on their planet. Eventually, the galactic Dark Age ended when space travel became possible again via sub-space nodes. The new Federation ended up exploring the Kerberos sector, expecting to find a dead world. Highly surprised by the unexpected survival of the settlers, federal forces contacted the Kerberians and invited them to join the new Federation. The Kerberians remembered how they were abandoned decades ago and promptly refused to join the central government.

In response to this objection, the Federation sent in their security forces to forcefully reintegrate their former mining resources-rich colony in the empire, but in vain. The Federation did not expect that much resistance from locals, each invasion ending with a bitter failure, which led them to plan an assault of near unimaginable proportions. It’s at this very moment that an unexpected ally arrived in the sector and heard about the ongoing events.

Under the command of Martin Mb, the Lost Fleet was a mysterious people living in space, aboard spaceships, since the beginnings of space-colonization. Abandoned by the Federation during the galactic Dark Age, they too were forced to adapt to their hostile environment, just like Antoku’s people, but of course in a radically different manner. Living aboard hermetic ships and constantly braving the dangers of space, demanded an extremely strict way of life, an infallible hierarchy, as well as a social structure imposing a clearly defined role to each individual. Every crew member, even civilians, received a military rank as early as childhood. The abbreviation of this rank is then automatically added after a person’s name. For example, Martin Mb, for Marshall of rank B (rank A being symbolically reserved for the founder of the Lost Fleet).

Having witnessed the injustice of the new Federation for many years, Martin Mb and his forces came to the rescue of the Kerberians. Together, Antoku and Martin Mb pushed back the Federation’s fleet in a glorious battle, which sealed the beginning of a surprising friendship between two radically different peoples. In the following months, Martin Mb’s fleet became the main source of supplies for the volcanic world of Kerberos. Antoku provided his precious energetic and mining resources to the Lost Fleet in exchange.

This improbable alliance, the Red Alliance, since fights for the honor and glory of the People, and for vengeance against the fascist forces of the new Federation. Its meteoric rise to the rank of superpower led her to fight against the Order of the Inquisitor, as much as against the Conclave of Horizon over control for key galactic sectors.

Soldiers of the Red Alliance are generally well trained and led to battle by legendary heroes such as the psychopathic elite commando Molock or the terrifying commander Asmodeus. The Alliance’s army is based on the use of elite hard-to-kill infantry, supported by heavy combat vehicles. Their armored units are also notably powerful and resistant (for example the famous Apocalypse Tank), but very expensive. On the air force side, the Red Alliance uses very technologically advanced units to gain aerial superiority. Their armament is quite direct: nuclear weapons en masse, flamethrowers and incendiary munitions.

Note that all of the Red Alliance’s structures are mobile. This is due to three factors: the extremely rough and dangerous landscape of homeworld Kerberos, the necessity to embark as much material as fast as possible aboard spaceships and finally, the highly aggressive tactics used by the Red Alliance, which necessitate flexible supply lines.

The Alliance’s base infantry rivals the highest tiers of other factions in term of raw damage. They possess powerful equipment that allows them to go toe to toe with a wide variety of enemies, but to compensate, they are relatively fragile.

Tier one vehicles play a support role, they are mostly used for scouting and ressources gathering, and are armed mainly to defend themselves.

Tougher than tier 1 infantry, the soldiers of this tier are designed to quickly decimate enemy units.

Vehicles of the second tier are thought for direct encounter. Heavy and overarmed, each of them fills a specific role on the field.

The elite infantry of the Alliance is feared throughout the galaxy for its overwhelming power. All by itself, a single soldier can inflict heavy damages to an entire army.

Vehicles of this tier dominate the battlefield. These armored beasts, despite their exorbitant costs, pack an overpowered armament that will make their opponents bite the bullet… and the next one also.

When the situation requires it, the Alliance brings its own super weapon, in the form of a single unit, whose arrival on the battlefield will and the conflict. Once and for all. 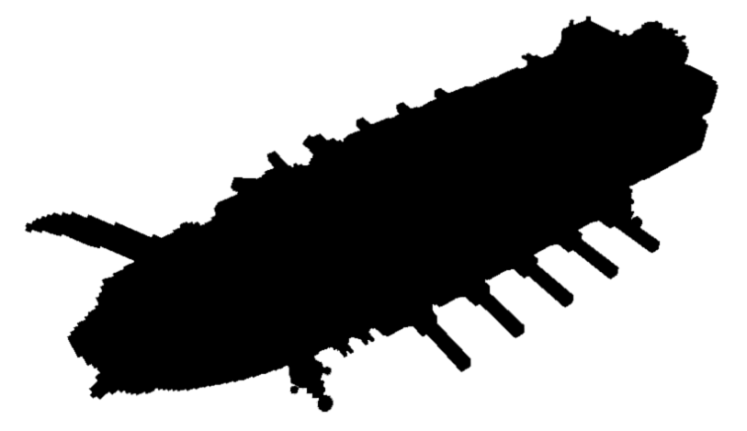 Many thanks to Divadawm, Logue et Molock for their help.

Thank you! :)
This was a lot of work indeed, especially of Antoku, since he made most of the voxel models (and their animations).