Come discuss and find games on our discord: 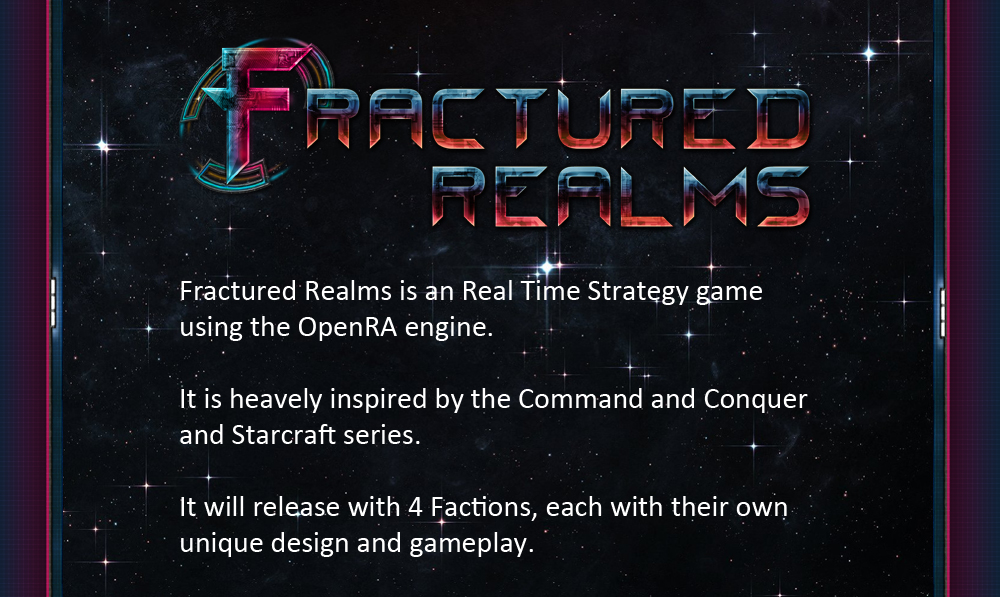 Lore with Logue: The Earth Federation 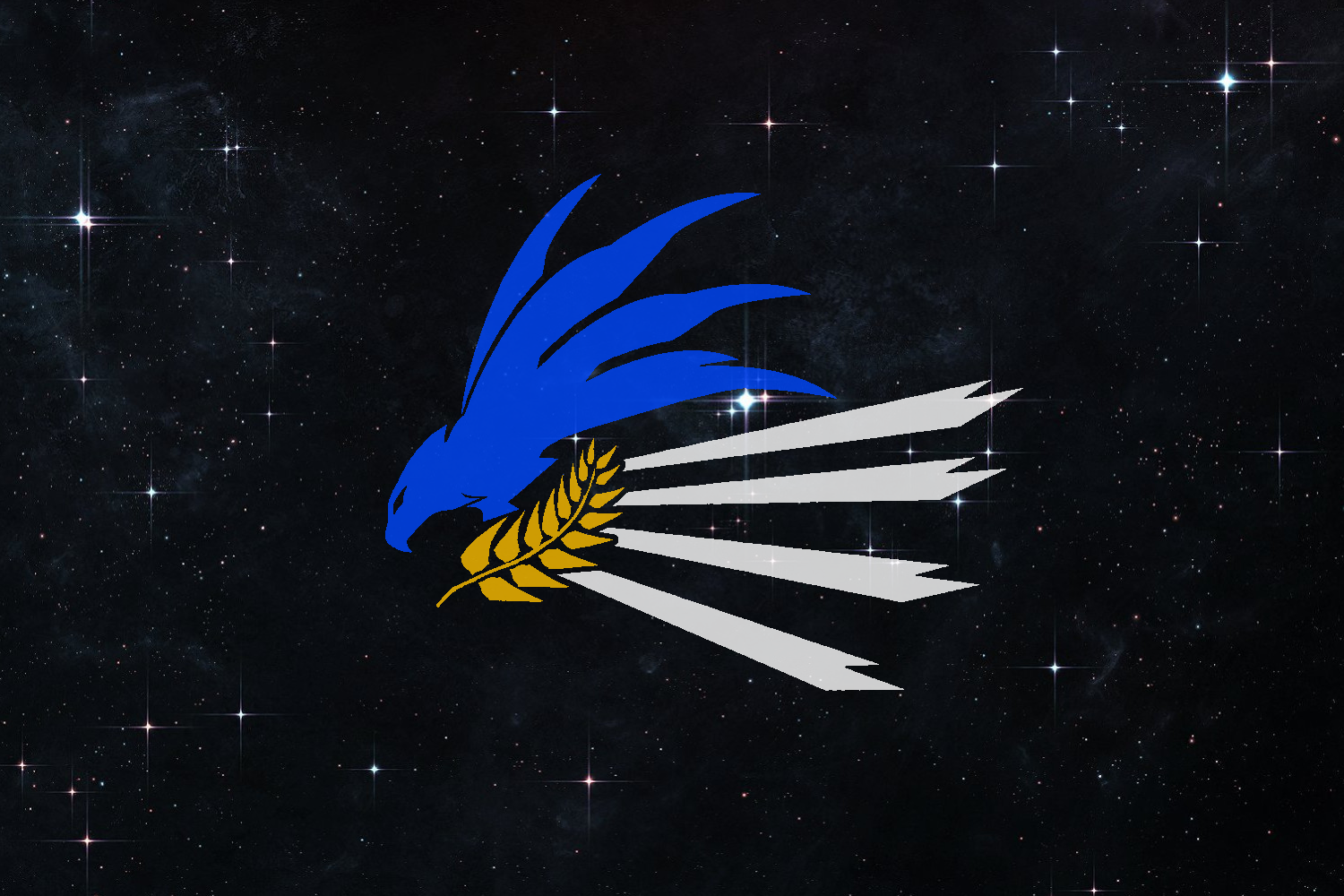 Welcome Commander, welcome to the archive, what are you seeking?

To understand why the Order and the Conclave are in an open war perhaps? or how the battle of Kerberos directly caused the Red Alliance to unite?

You’ll definitely find the answers here, but you can find these answers anywhere.

I suspect that if you are here, it is because you have already found them, but they don’t satisfy you, do they?

After all, why would the Conclave, a force dedicated to study and preserve life, suddenly attack human planets?

Why would the inhabitants of Kerberos open fire without warning on Federation ships? And why, why would the Lost Fleet come to their aid despite them being the aggressor?

These simple answers provide a mere description of these events, but don’t explain the gears that have set them in motion centuries ago, and to understand that I fear that we have to go back to the time when it all started.

To the fall of the Great Earth Federation itself.

The Federation of today is a far cry from its progenitor.

Now it is a collection of systems united by a century of struggle during the dark age, nothing like the sprawling empire centered around the Earth it once was, when all were made to bow before the might of the Great Federation.

Life under the rule of the Federation was harsh, resources were siphoned off to the homeworld at a galactic scale, and people were made to serve their federation masters by debt or force.

Some were sent to mine hostile planets such as Kerberos, others learned to hate from childhood to become members of the Xeno Containment Task Force, but in one way or another, all served under the rule of the grand oligarchy of Earth.

This probably could have continued for a long time if not for the Fracture. Many of us think of the Fracture as the tragedy that brought us the Dark Age, but, in a sense, it can also be regarded as the Great Federation’s Day of reckoning…especially when you understand what caused it in the first place…

Concerning the Federation itself though, the main thing you need to know is that the Earth was lost during the Fracture.

The beast was decapitated, freed from its own tyranny while deprived of its thinking head.

In the following years the core worlds of the Federation were thrown into chaos, shaken by a series of mutinies and revolts that could not be quelled, and soon enough the old regime was overthrown on several planets.

The joy was alas short lived, for the new leaders quickly found that, to better serve their former masters, their planets had been tailored to specific ways of production and purpose, leaving them completely dependent on the Federation’s infrastructure to survive.

This could have been the end of many of the worlds if not for a daring gamble:

On one of the planets the insurrectionists had managed to take over a massive fleet of federation ships, and they realized that like the caravans of old, if the transportation method was sufficient to make the travel safely it could still maintain a somewhat reliable network of supplies between the different systems.

And so, they retrofitted the ships, turning them into carriers and embarked on a journey to nearby systems using conventional methods of space travel. The journey would take years and the caravanners would be at the mercy of many risks, but if successful, they could save both worlds from a certain doom by delivering and bringing back crucial supplies.

Not all ships made it to the end, but upon arrival they sparked what would be the core ideal of the New Federation.

Inspired by the caravanners' deed, many sought to do the same, and in the following decade this caravan system expanded to encompass a large network of systems and planets. Each fleet with bigger and more numerous ships to compensate for the travel time and potential loss.

Unfortunately, yet unsurprisingly, various pirates and bandits seized the opportunity, and the question of arming these fleets was brought to the table.

Many still had in mind the violent bombardment that brought non-compliant worlds to their knees during the Golden Era. and to many the idea of armed fleets was a step on a slippery slope that could only lead back to the old regime.

After years of negotiations a compromise was finally reached, in which all members of the New Earth Federation would be responsible for defending the caravan fleets, each contributing an equal number of ships, and manpower, so that a balance of power would always be maintained.

In the centuries to come this compromise led to the founding of the Federation’s military.

One in which fraternity between the soldiers was greatly encouraged in order to foster solidarity and loyalty, in hope of preventing one of the members of the New Earth Federation from abusing its power would the situation arise.

The ability to transport thousands of ships to the other side of the galaxy in mere days thanks to the return of Subspace travel, has made a big part of this system obsolete today… which is not such a bad tradeoff compared to the old caravan system, wouldn’t you say?

But I digress… While these ships have become a symbol of unity and survival in harsh times to the members of the Federation. They remain the same ships from the same systems for everyone else.

When the rest of the galaxy sees those ships sailing across the stars, they see the same tyrants to whom they had to pay tribute to centuries ago.

And so, when the Federation, fully convinced of its own success, brazenly entered Kerberos’ orbit, it was hardly a surprise that they were met with volleys of cannon fire instead of open arms.

For the emperor of Kerberos, the Federation has come seeking conquest, a move foretold by its own bloody legacy.

And at the sight of what could only be a full-on invasion, Kerberos had chosen to make the first move.

Salvation to some, Invasion to others.

Special Thanks to Natasha that proofread my mess.

We're not dead! And a new release has arrived! We’ve been busy working on the mod and pretty much everything has been modified since April 2021.

the new version playtest is available

the new version playtest-20190813 is available with many mechanical, balance and visual changes

New version of Playtest is Available

A new version of Playtest is available with many mechanical, balance and visual changes

After the various feedback you have given us, here is finally the new version with various corrections and new features

Hands down one of the best mods of OpenRa!! I'm completely blown away by the quality and the design! Wow wow! This has the potential to be a standalone game that can rival Starcraft and C&C

Is the mod alive still, or on hiatus?

The project is developing slowly, but we have prepared a version for the summer with some new features :)

Good to hear, love the work, the spritework is superb.

Hello there ! Thank you for the kind words about the art direction, this is all thanks to Divadawm, he made all the custom UI things and in game buildings, as you can see, right now there is still a lot of buggy and unfinished things, we are working on it... but pretty much at a snail's pace. if you see more broken things, post them on our discord, I'm always there when I'm only checking ModDB every other time.

Not a problem! I'll be sure to keep an eye out for more bugs 👍 be sure to let me know about future releases, I'm excited to see where this is going to go!

doitall if ever, we have a recent version available ;)

There is a bug in which deactivating a structure causes the game to crash.

Is the sourcecode availabe somewhere?

the game and designed from the openra engine :), there are no changes or additions applied to the project at this time.
However, I have since added a github, but not having a very good knowledge of github, I only deal with it occasionally.