This release isn't as big as I was hoping it would be as most of the updates this month are behind the scenes, but that doesn't mean we don't have some pictures to show. I've finally gotten around to putting the Ore Refinery in the game, which I was procrastinating due to not knowing how the ore system is going to be handled. I still don't know, but I realized it wouldn't matter in the end. Also, despite what I may have said earlier, we are going to have the different countries in the game with their respective minor attribute bonuses; this is due to the fact that it doesn't seem to be possible, at all, to remove Japan thus giving us only two faction, so instead we added some. Anyways, pictures: 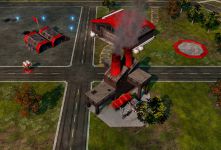 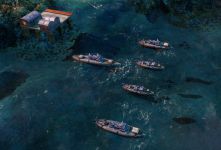 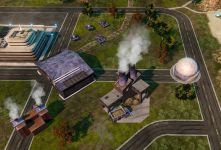 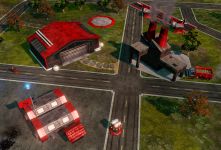 Of course, there are more in the images section. I also want to once again assure everyone that both this mod and The Forgotten CnC: The Forgotten are chugging along. Hopefully, both will be ready for release sometime next year. Well, there's nothing else to report, so I'll see you next month.

BTW: If you have any (serious) questions, ask them here and I may answer them in a FAQ for the next update.

What about aircraft? Will be it soon? And if so, will be there more of it than in RA1 (probably not, I guess)?

What about aircraft? There's already pictures of most all of them.

So nothing additional? Okay. Best luck with the infantry, then! :-)

Ah, one more question, will you use the standard 3-rows per build page, or maybe 2-rows (if it's possible)?

will there be a release fairly soon(1-3 months)? it seems that you are pretty far along...

Nice to see a upate guys!

Well, you can always wait out for this mod and other mods' releases, then buy it and have fun with the mods (if you don't like RA3)... :-)

The release might be small, but it is still insanely awesome!

Is there a release month out yet??? I love C&C Red Alert but I just can`t play it anymore because the graphics are to bad...

Will there be old ore collection system like in RA1 or the new one with ore nodes?

I like the Ore Truck and Ore Refinery. :D

i really hope you guys figure out how to mod in feild ore, it wount feel like RA1 100% if there are no feild ores, but i know ill still enjoy this mod ALOT if its not in :P

keep up the exelent work!

will the tediously slow shells which can be dodged by light tanks be in?

will unit queueing be in?