Post news RSS The past, The present and the future

After a year of hard work, we are finally releasing our very first media update. Check it out to see, hows the remake of Half-Life Blue shift for Source engine coming along. What was the past like and what expect in the future? Find it out!

I say future fans because you would have to be pretty committed to be a fan based on our meagre offerings so far. This was a cruel charade to get you into the spirit and hide our mistakes that were abundant in the images by making it small. Still there? Good. Those days are behind us. We having

been working away to create a media update to not just wet your appatite, like most things it will make you hungry for more. 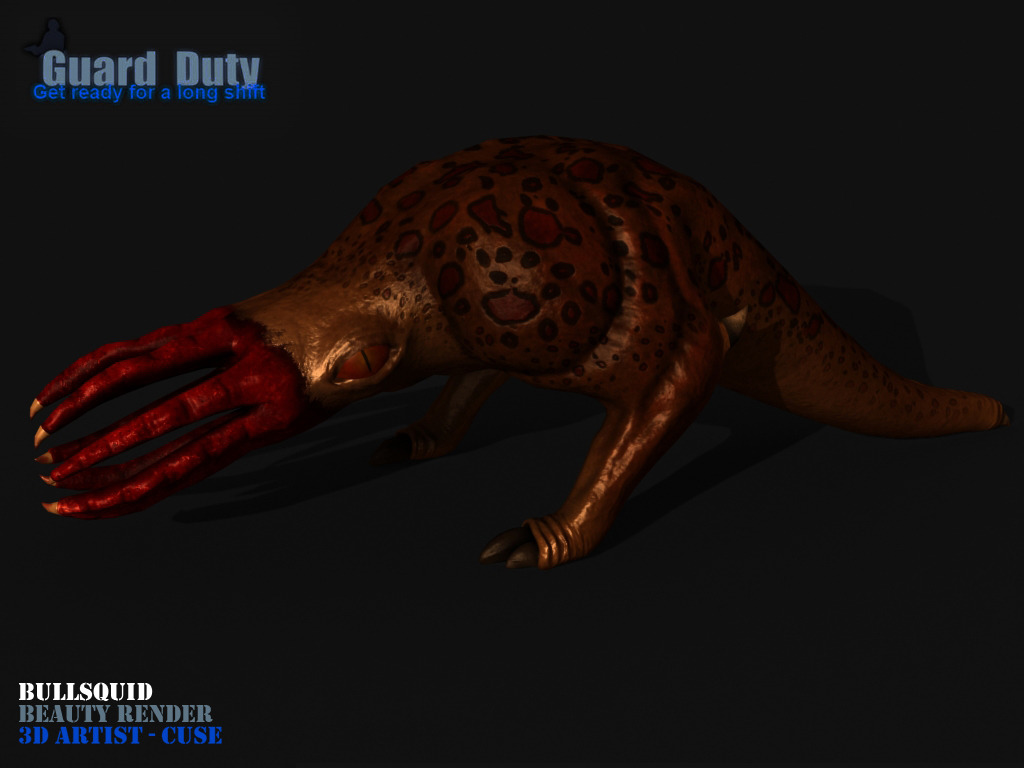 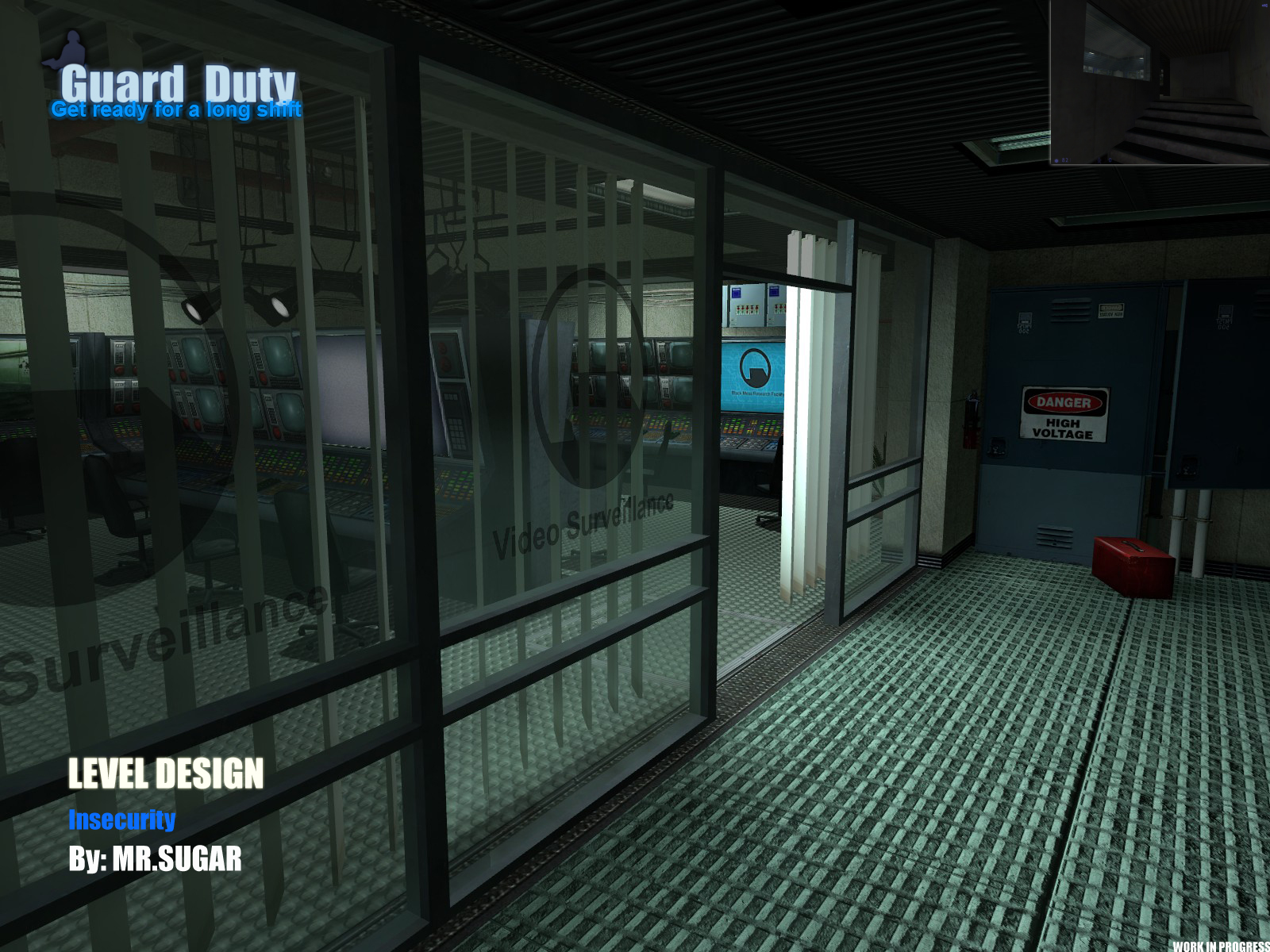 
Those days all far gone now, however, this is history to us and news to you. We have been anti-social gits in the past year of mod development. Yes, it has been a year of development. What a year it’s been, there was exponential growth in the team, from just a few members to our task force of game creation that he have now, yes, that task force has had a few casualties but what good action game doesn’t have a few heroic or not-so heroic deaths along the way. Upon questioning the projects founder; Mr Sugar it went as follows...

"ReX: How did the mod start?
MR.sugar: it was a year ago when I got a message from guy called Enraged. He was one of the many people, who tried to persuade me to make a remake of Blue shift. The difference and reason he convinced me after some time was the fact, he wanted to contribute on the project and also offered me some very basic description of the project, including even facts why is the right time to start the project right now and he had exact idea how the development should take it's course.

With that we started to putting together some basic ideas and started working on the content itself + looking for members. We were successful and we got about 20 people in the very first weeks and we renamed to Mad World studios. It wasn't the right way anyway and we lost most of the members later and even the name "Mad world studios""

This was the lighter past. However not everything was as peachy as those first few weeks, the rest of the mini-interview entailed the rest:

"MR.sugar CZe: Well, mod was really slowing down and it looked like the mod won't succeed at all.
ReX: Bastards.
MR.sugar CZe: Indeed

. However, after the series of small updates (2 teaser pictures + concept), it turns out better and some people become interested about the project and that was our salvation" 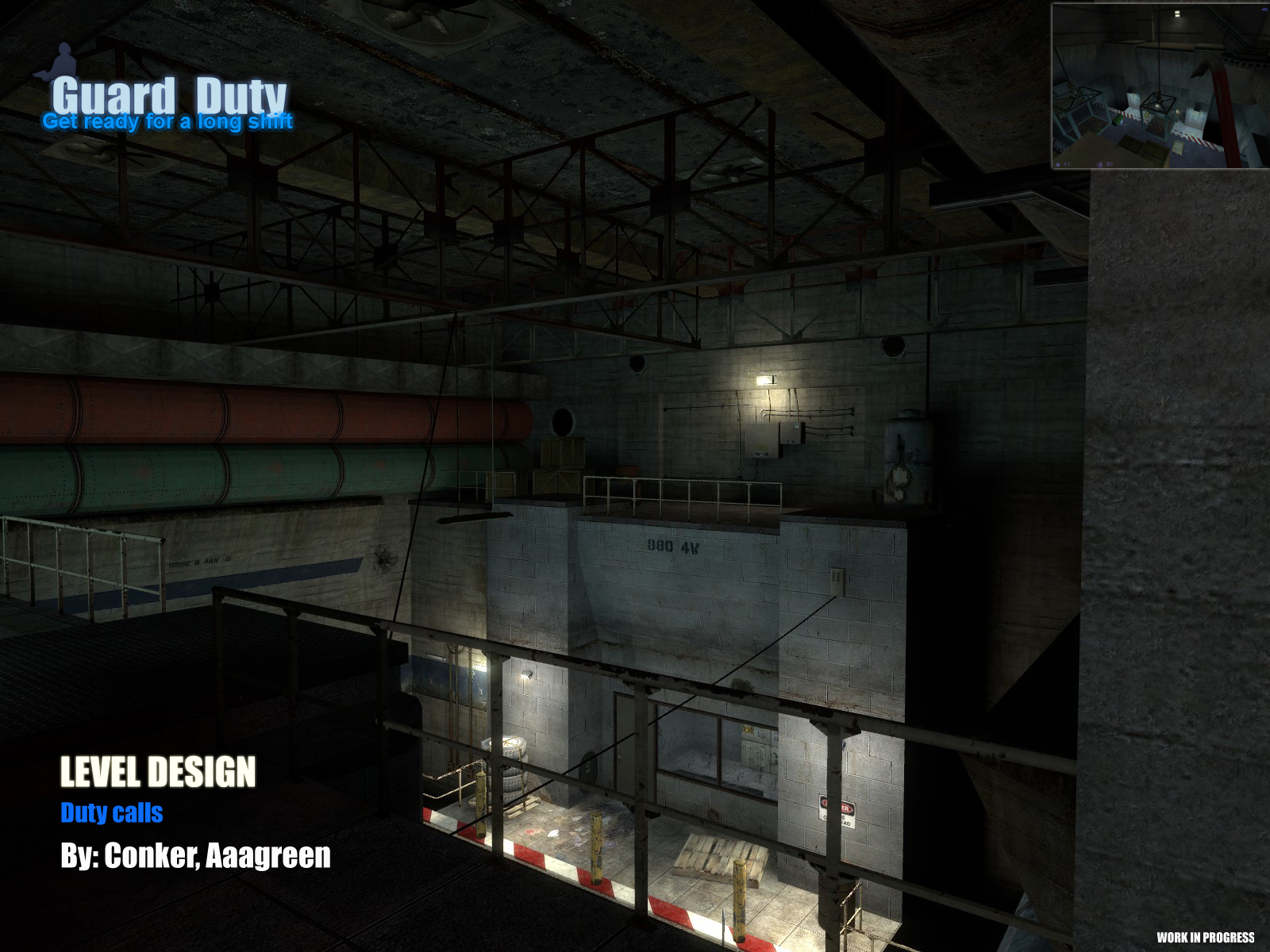 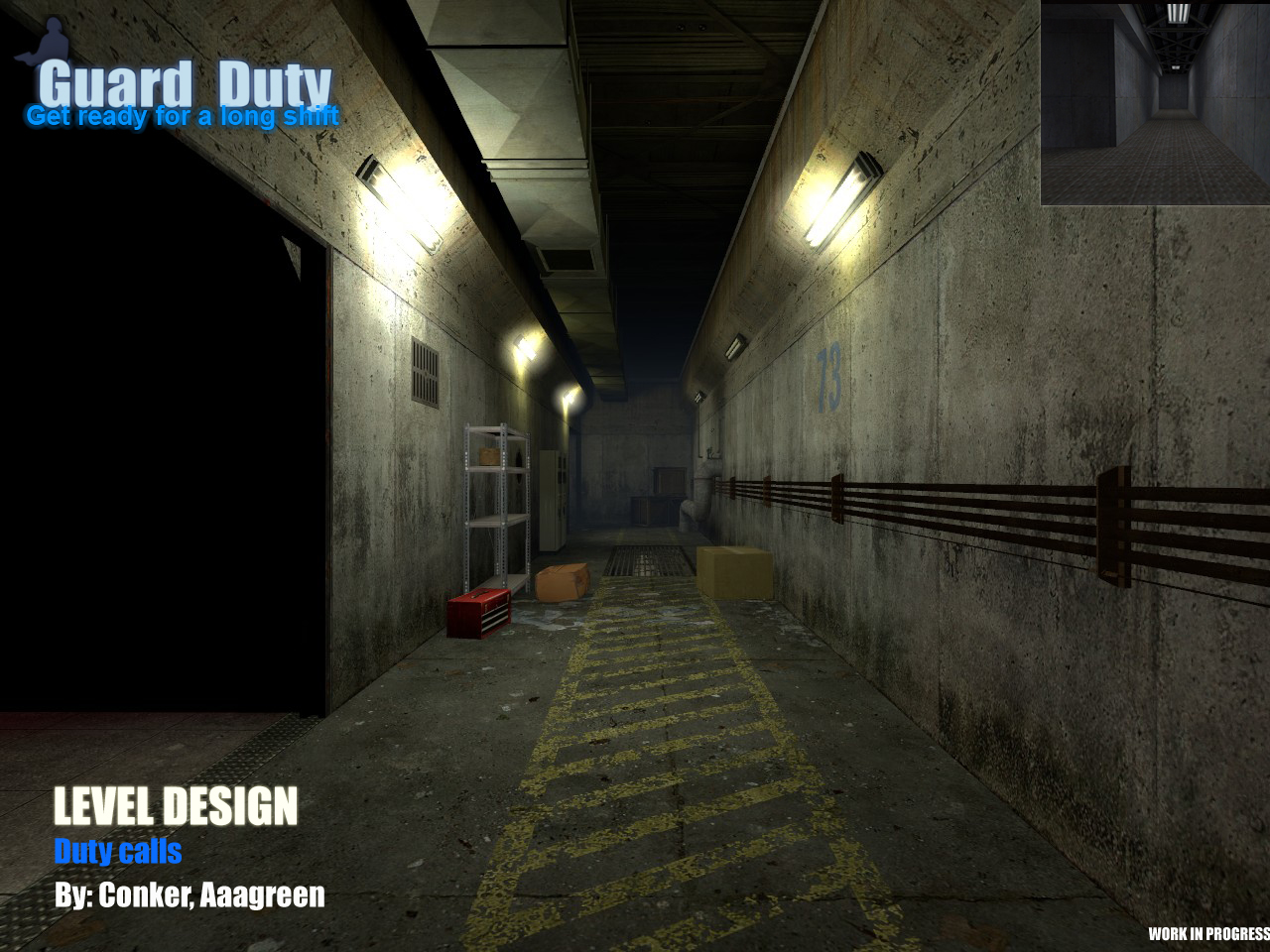 It is heart-breaking to hear about a failing mod, it is something that happens all too regularly. So we will cut it off there so none of you slit your wrists. We have newer and better members; we have a new co-leader and progress! Yes Progress. Out greatest activity is in the last few weeks, many of our team members have alienated themselves from their families for your entertainment, their holidays break was spent working on this mod to satisfy your need for quality mod updates.

You may also turn to notice some of the concept art of the alien controller that was released a few month back, we have more of that from even more concept artists who are equally talented. Our secret weapon pinkbandit1 has rustled up some beautiful images of a man who needs help about to be shot. Enjoy our very first design of zombies

No not Kate Moss, a bullsquid something almost as sexy... Ahem. Depending on your preference this bullsquid is the pinnacle of our modeling prowess as a team made by our modeler Cuse, who is pushing out brilliant model after model of exceptional quality. No doubt as you are reading this the man is creating yet another spawn of the border world.

Now that's where the talent stops and I get to tell you about what I do, I effectively just made textures up till a week ago. Until I got off my ass for the second time to learn how to compile and make normal maps for my textures in response to Mr. Sugars well meaning comment last week

" I should also mention "Rex", who is our texture artist. It was a pleasure to see how the very inexperienced texture artist started to improve his skills, and today he can deliver some pretty nice textures for us." 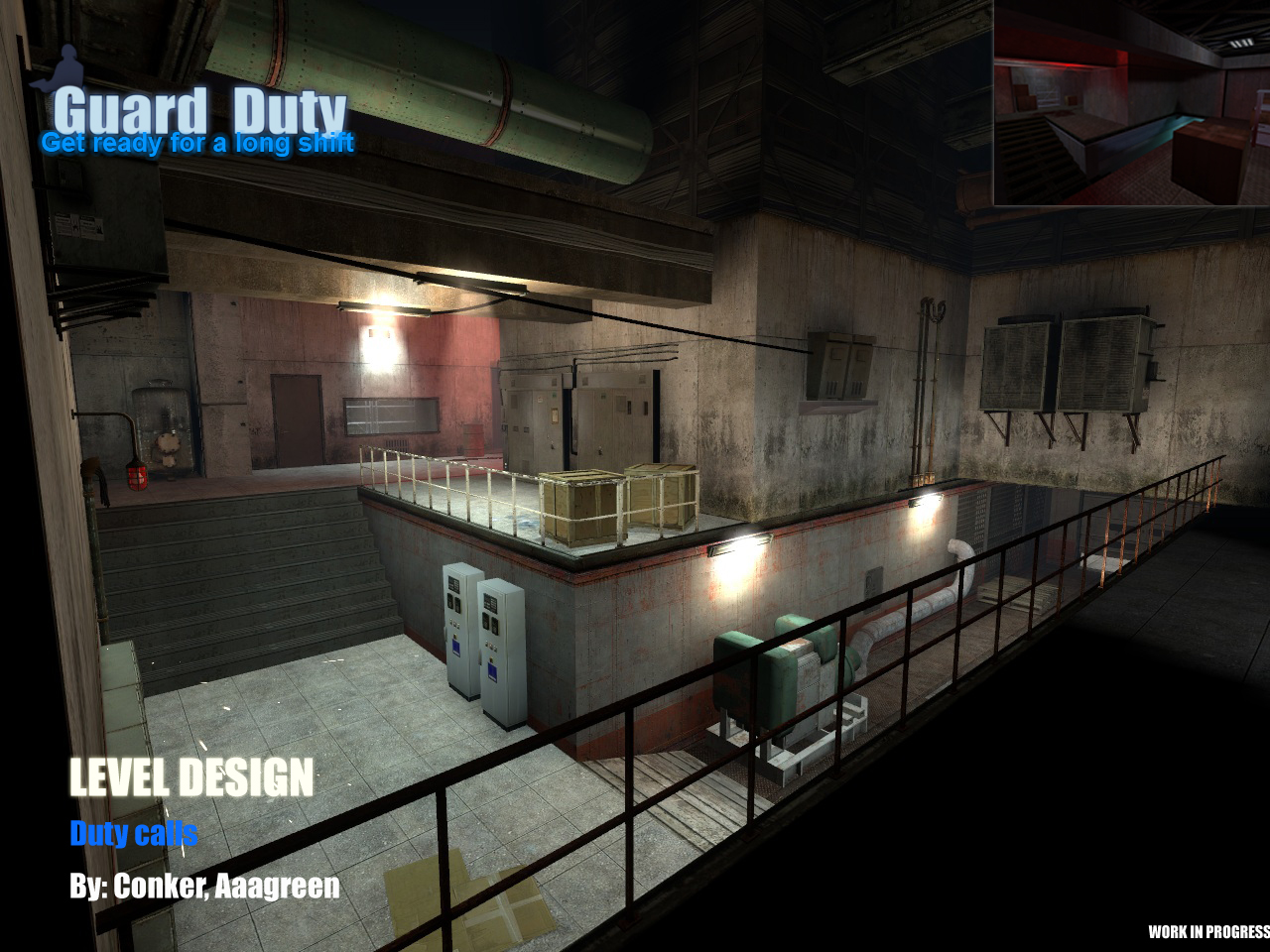 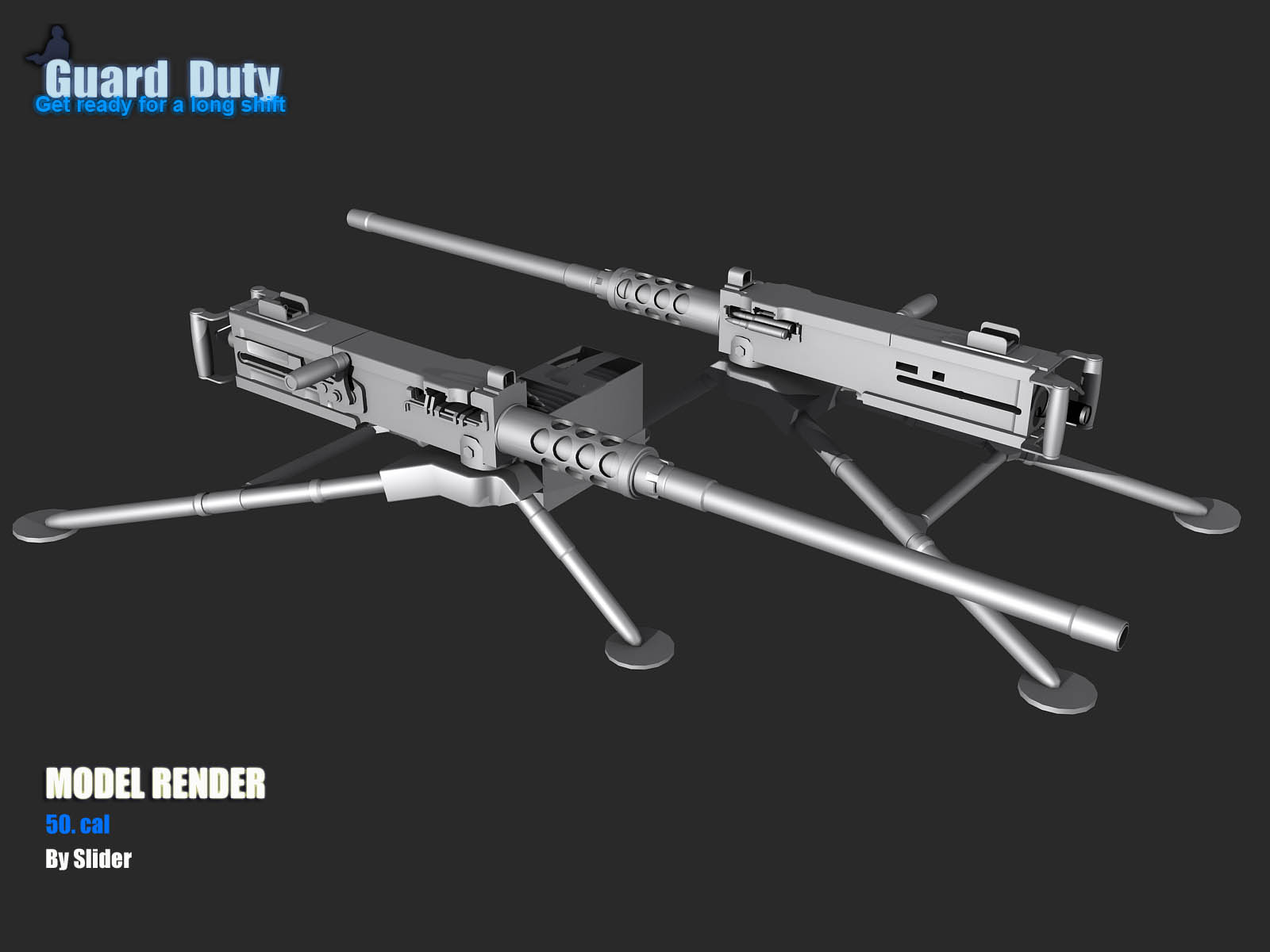 Uhuh. Thanks, now we turn to the future and back on track with this first media update. The future awaits, we will have regular words from team members (like me, but hopefully more normal), we will have maps, screenshots, NPC's created, voices acted, guns shot and guns shot in-game. All that for your entertainment people, first update and the Guard duty team is spoiling you, I hope you are as excited as I am for this year and for the whole development process.

Aside of that, we are planning to keep you updated and release more updates. You can expect dev.blogs to check out, how's the development coming along and reveal you all the obstacles we have to fight with to deliver the content into game.
We are preparing some community events, which will let all of you to contribute on the project itself and possibly get some nice bonuses from us.

Before we close the update, I should mention the help wanted section, which is constantly updated with current open positions and overall status. It's located on our forum, we just launched with this update. Check it out and see, if you are the one we are looking for or just join the forum and become a part of our community! 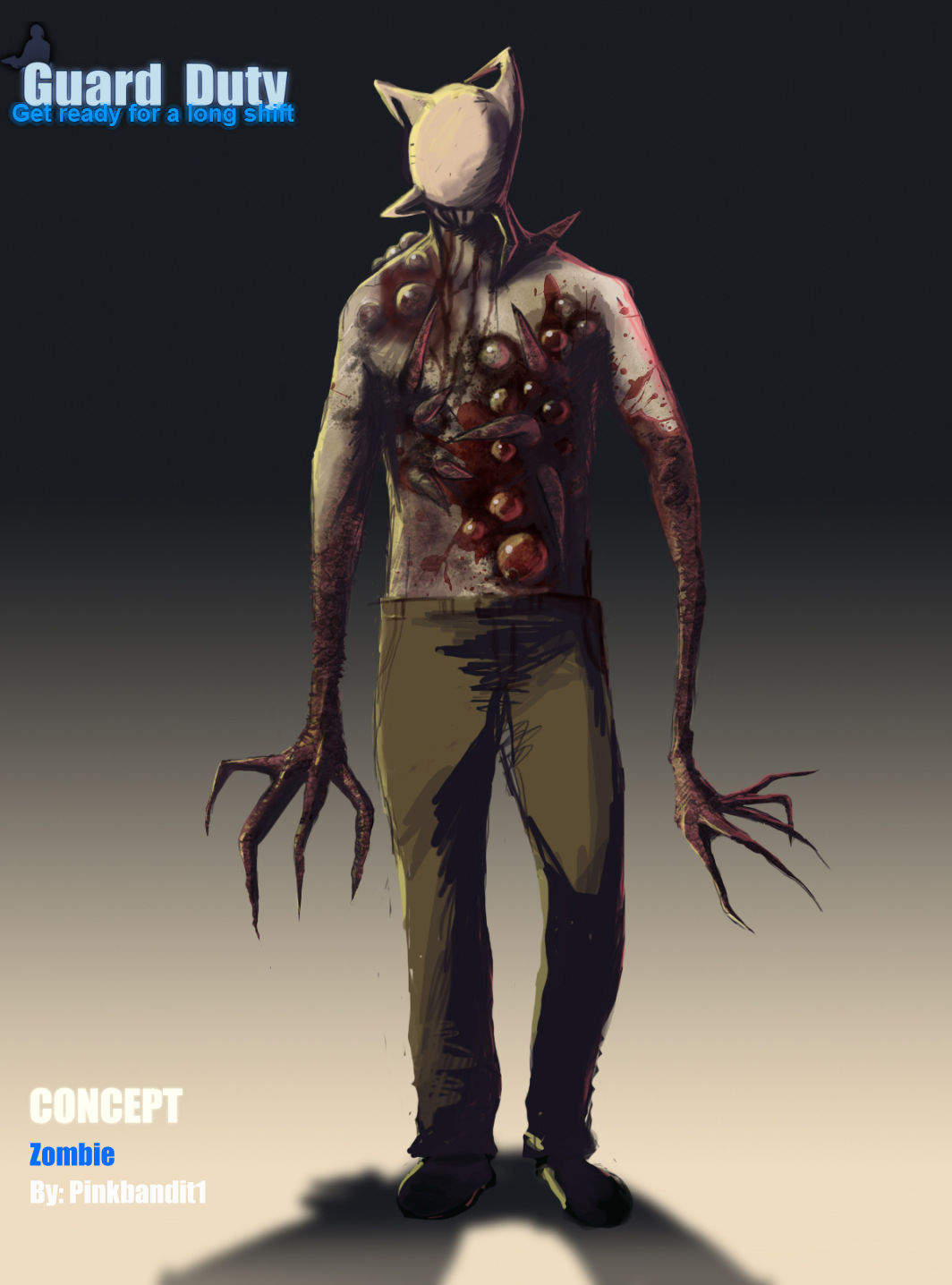 awesome news guys, keep it up!

Lookin real good.The lights seem to glow a bit too bright in the 3rd to last pic but still everything looks real good

You are correct, at the moment we are constructing the maps and will then go back through to correct lighting and details. Thanks for the comment.

It has potential guys, keep it up, you may just have another watcher.

So mrsugar, why have those "many people" wanted you to remake the Blue Shift? Have you been working on similiar project in the past or something?

One word:
awesome!
Keep it up, this awesome work!

Its just the light with the bullsquid, its looks even better in game.

So are you guys coordinating with BMS for consistency re: models? I hope to one day play BMS, Guard Duty, and Operation Black Mesa all in a row and it'd be nice if they were all consistent.

We are all separate projects with different team members for the most part. What you suggest is possible but as all the projects are under different timelines, it would be nice in my opinion to have a distinct flavour to each game that is the culmination of different people working different projects. You can be safe knowing that we are aiming to replicate and improve the world, so there wont be any glaring additions to the main campaign that **** people off.

Black Mesa or OPBM is a different project (same story for location), Guard Duty not need models from others models. Same for OPBM, Black Mesa.. Its not interessting if you saw the same models (weapons or props) on black mesa, guard duty, and operation black mesa..

Not interesting? That doesn't even make sense. It's called consistency, and when you consider that all three games are set in the SAME PLACE consistency is a good thing.

But as long as it's possible to mix+match models from different projects after all three are out, I guess I don't really have a problem.

I'm modder, same adventure in Black Mesa on Wilson Chronicles. Guard Duty (or operation black mesa, black mesa and my mod) not need models froms others mods.
4 mods in 1 is not interesting, what is the difference ? Mapping => Just mapping ! Mods = Mapping/Modeling/Texturing/Coding..

People think about this in the other way. They want to get a proper remakes of all goldsource games and they want to keep the feeling and consistency. The atmosphere was partially built on visiting known places you have seen in the other games. It makes the experience quite interesting in some way. This will not be kept in the new remakes, since all the areas will look different, even enemies.
The question is, was it boring to play the Opposing force with the same bullsquid for you? Was it boring when you visited the place from HL in different point of view? It wasn't, it was cool. They enjoyed original games as some kind of "package" that has connected storyline and it fits.

Finally, someone gets it.

i know and in half life you see barney hitting the door early in the tram ride. i like all of these different expansions and mods that are all set in black mesa because different points of view are awesome, not boring.