Bitl talks about the FIRST major content update for FIREFIGHT RELOADED: THE MANHACKS and GRENADES UPDATE!

Recently, I have been working on SURVIVOR, but that doesn't stop me from bringing out a BRAND NEW MAJOR UPDATE!

This update brings some new changes to the game, new additions, and does ALL those things a major update should do. 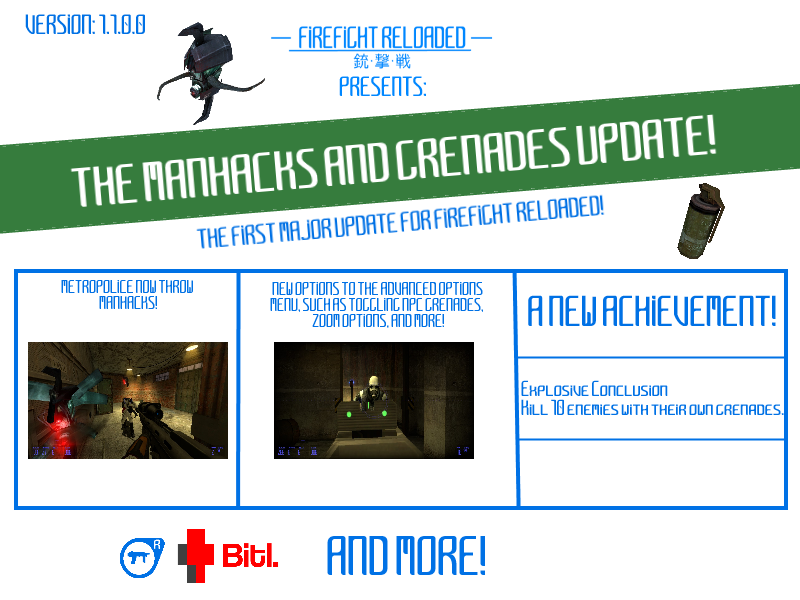 Hope you all enjoy this new patch!