Lots of new updates for June, The Lighthouse has a new composer and the game will be available on additional platforms. New Demo coming to steam and IndieDB and much more!

Posted by shadowknightsstudio on Jun 5th, 2017

Hello again dearest Knights and welcome to the June update. We have a lot of new announcements so let's get this show on the road, ya?

We’re coming back to Kickstarter

So at long last we have decided to officially relaunch our Kickstarter Campaign beginning July 15th 2017. We previously announced in a backer only update that we would be coming back July 1st, we are currently getting a new trailer made for the game and there has been a delay, we don't want to launch the Kickstarter until our new trailer is ready.

This time we will have some new tiers that we think will really bring value to our backers in fun ways, and really help us reach our goals/stretch goals.

We'll have lot's of new content to share, as well as a new budget breakdown that more accurately reflects what is needed on the project to take it to the next level. We are still self publishing and self financing The Lighthouse, but there's no way we can take it where we want to go without some help, that's just the truth. Judging from the feedback we've been getting, things are on the right track and we hope this will be a successful campaign so we think we have a real shot.

Our first steps before we re-launch will be to reach out to any Youtuber or Twitch streamers so they can publicly play our demo (v.0.3.1). If anyone can refer us to some great streamers, we'd appreciate it [Big or small, we love them all]. Additionally, we'll try our best to reach out to media sites and have them take a look at what we've been working on to see if that will help out.

It's been almost 5 months since we started our previous Campaign, and though we didn't hit our goal, we are much further along gameplay wise. We hope you'll agree after you've played the latest build (build currently only available for our original Kickstarter backers.) The new demo that you've all played will eventually be added onto our website, steam and indieDB for all to play and we're excited that everyone else will be able to try it out. Speaking of which.........

Mykll Valiant is the first player to discover the hidden easter egg in our demo! It's not easy, there are many hidden steps to follow at the right place and at the right time. We thought it would be super difficult to unlock but sure enough, we got an email from Mykll explaining everything to the "T" and we were shocked! So, congratulations to Mykll, as he'll be receiving a special reward from us to honor his achievement. We'll leave it up to Mykll if he thinks we should give out the steps in a video for everyone or if we should let everyone discover it on their own. So, it's totally up to Mykll now Knights….may the odds be ever in your favor.

Composer for The Lighthouse 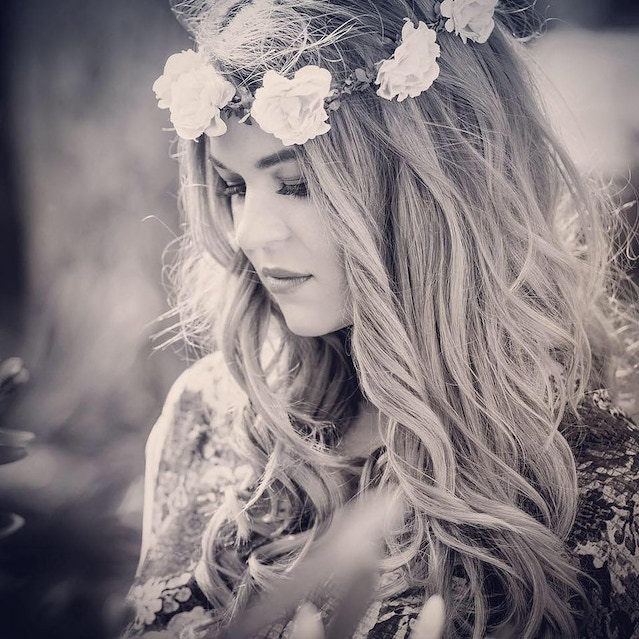 Mimi Page is a singer-songwriter, producer and composer born and raised in Los Angeles, California. Her cinematic music and ethereal vocals have been featured in a multitude of soundtracks and scores for acclaimed films, television, and video games. In 2012 her piano-driven ballad "Butterfly" co-written with collaborator Bassnectar gained her international attention with radio play and television placements along with guest performances at renown venues across the country. In 2015 Page wrote and self-produced her second studio album "The Ethereal Blues", a follow-up to her 2013 ambient release "Requiem" which was a recurring theme on Travel Channel's "Ghost Adventures". Her vocal and songwriting work with video game composer Inon Zur earned her three award nominations for the theme of "Sword Coast Legends" with additional vocal features in award winning games "Fallout 4" and "Eagle Flight". Her most recent works as a composer include the documentary feature film "The Trade," and video games "Ancient Frontier" and "She Dreams Elsewhere.”

We’re officially approved to develop The Lighthouse for Xbox One and PS4, like officially official. With that being said you will now have the option for Steam, Xbox One, or PS4 when choosing what platform you would like to have the game on.

Now many of you have asked about GOG, we have applied to get The Lighthouse on GOG and will keep you updated on this. At this time we can’t make any promises that The Lighthouse will be on GOG.

Also, and this could be sad for some of you, we have decided we will not focus on Linux and Mac for the official launch of the game. But we may have it as an option for a stretch goal. The reason being, we’ve had practically no traffic on the Mac versions of the demo and the development time to port to Mac and Linux has been significant for us.

Laylee talks about our inventory system in this dev diary. Why are we always eating invisible sandwiches in our dev diaries? :D

The next Dev Diary will delve into the amazing world of Audio. The Lighthouse is 50% Audio and we're doing our best to make sure the audio that plays is memorable and spine tingling. We'll talk about how we set up our ambient systems, our audio management systems, and how we create spatial audio in Unreal Engine to make interesting sequences that play while you are moving around the game world.

Thank you all for your continued support. We have some additional exciting news that we will be sharing soon once everything is in place.

We can't wait to bring you The Lighthouse!