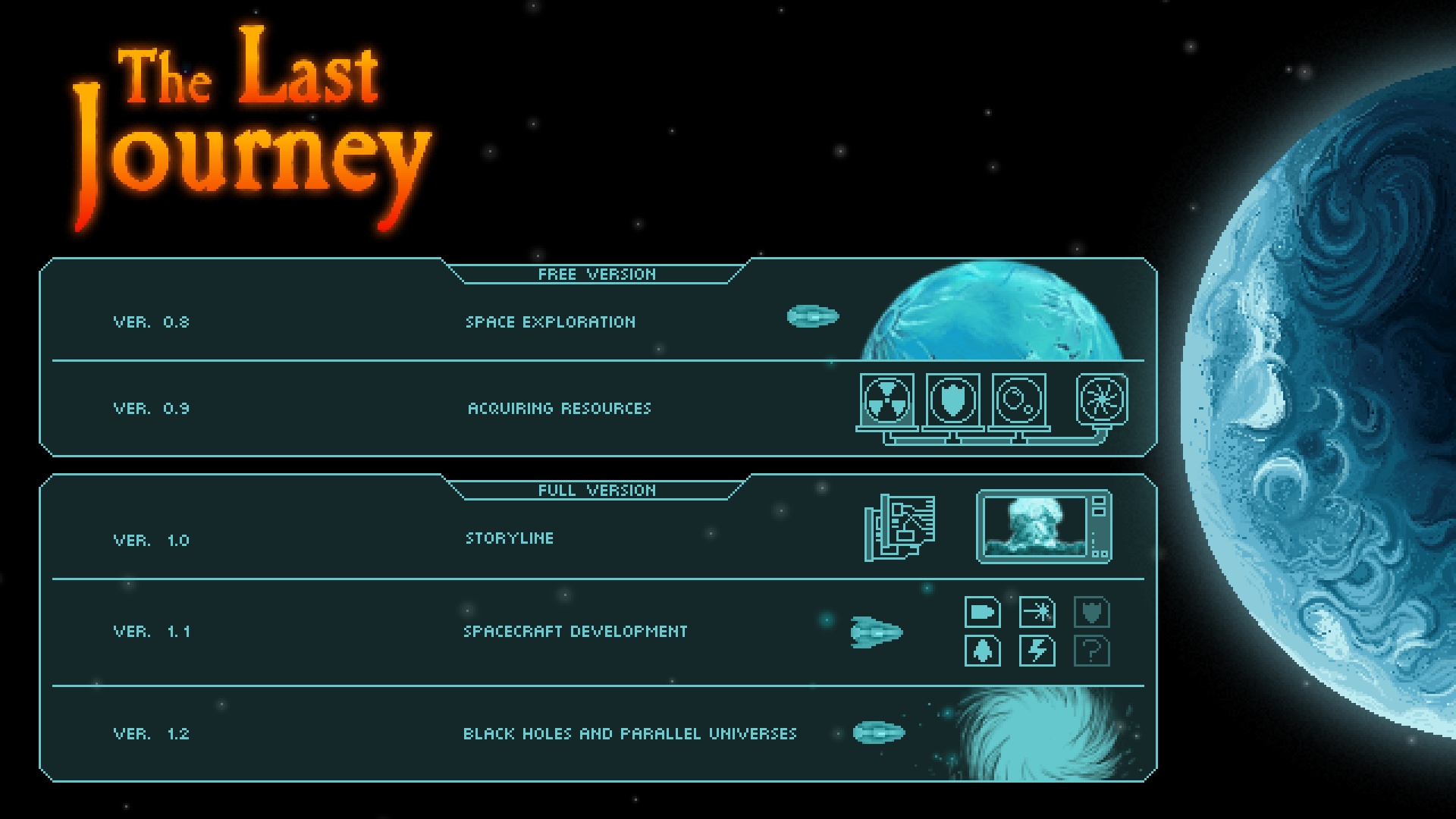 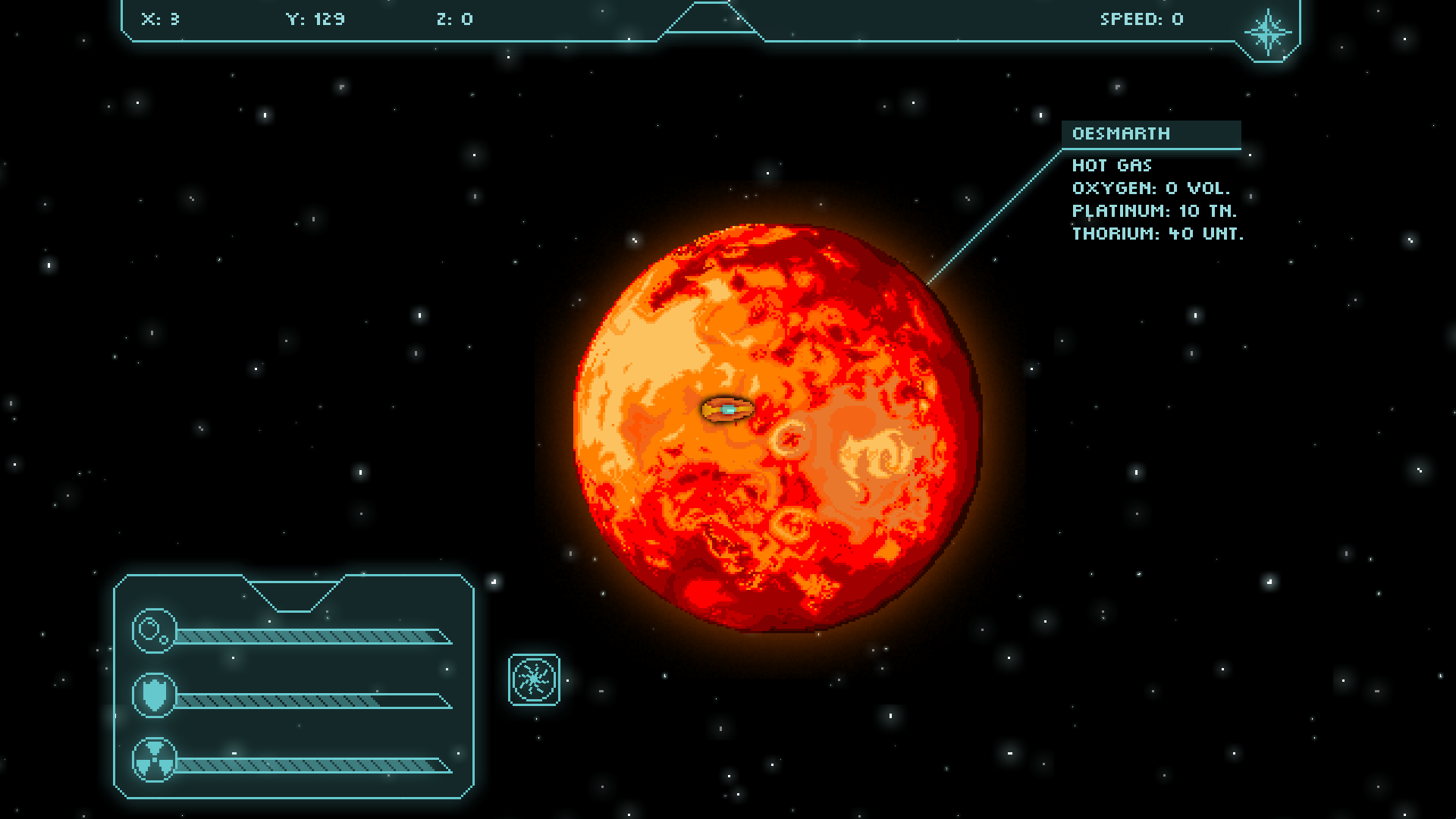 The Last Journey is an exploration game in which you travel the universe to find a new planet suitable for mankind to live on after the Earth was destroyed in a nuclear war. The game will be released as an Alpha and will be developed with community feedback.

We need your feedback.