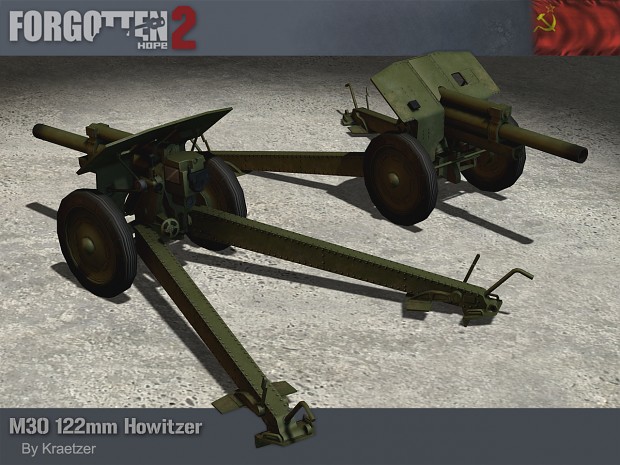 In the early 1930's, the Red Army was still equipped with two pre First World War 122mm howitzer designs, and though these would be modernised they were still not satisfactory. There were some thoughts of switching to a 105mm piece similar to other nations, but this would have required too much new manufacture and was dropped. In 1938 there were three competing designs, the U-2, the F-25, and the ultimate winner, the M-30.

The M-30 was a very successful design, being manufactured from 1939 through to 1955. It would lend its barrel to the SU-122 self propelled gun and its carriage to the 152mm howitzer M1943. Nearly 17000 were made before the end of the war, and ours was made by Kraetzer. 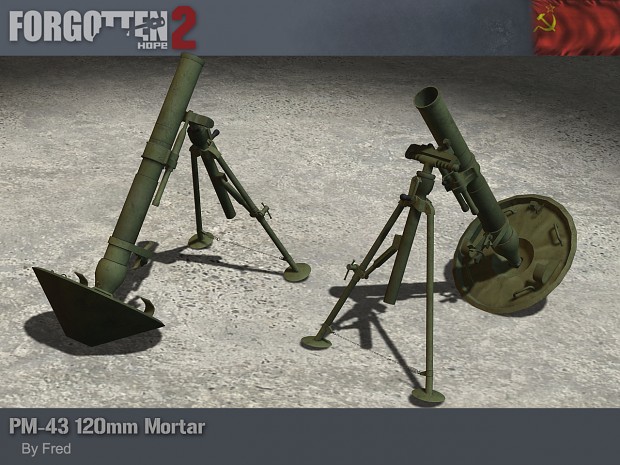 The 120mm M1938 mortar was a relatively unremarkable design when compared to other mortars. The M1943 modification added only a shock absorber to the bipod mounting to lessen the effect of recoil forces. It was, however, a very successful weapon.

It was easy to move despite its weight, having a wheeled trailer that it could very quickly be attached and detached from. The HE bombs were powerful and the mortar was occasionally used for missions usually assigned to howitzers. The Germans were impressed enough to use captured weapons, and also produced their own direct copy as the 12 cm GrW 42. The M1943 was not replaced in service with the USSR until 1981, and many are still in use today. Ours was made by Fred.

This looks amazing :D kee up this incredible work. And I would like to ask if we are going to see the IS-2 the Kv-1 and the Kv-2.

So far the Kv-1s is announced

Yeah but the normal one not the S
Bibl.u-szeged.hu

For he second i thougth it whas writed "have a couple of renders of Soviet heavy hitlers." That 120mm mortar will bring many nigthmare to the german infantry.