Take a look at the vessels that the UNSC uses to colonize worlds.

Hey guys, CanadaMan7 here with another fireside chat about the mod.

With planets gained and lost with a more rapid pace, colonization is now more important than ever. The ships come in a variety of classes and roles, and each will require a different strategy for their use. All of these are courtesy of Fileosoft, the resident wunderkind on the forums.

The Phoenix-class (Military variant) is perhaps the most well known of all UNSC colonization vessels after being prominently featured in Halo Wars. It comes fully equipped with Deck guns, Archer missiles, and a MAC, though it is somewhat lacking in Titanium-A armor with only 5 meters to protect it.

However, the civilian variant is nearly helpless, with only 50mm cannons to drive off attackers. It is often cannibalized after colonizing a planet to make the colony's infastructure.

Note: The top model is the Civilian, and the bottom is the Military repurposed variant. 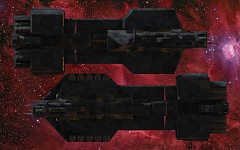 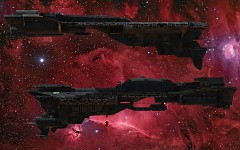 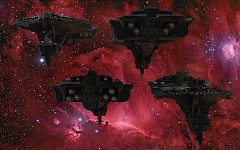 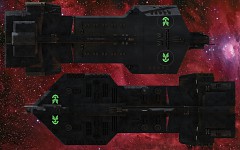 Meanwhile, the smaller vessels used for local colonization of moons and other nearby planets are relatively unknown. The are often attached to the larger colonization ships and will break off if necessary to form other settlements. Others are modified to become large freighters after their initial colonization job is finished. 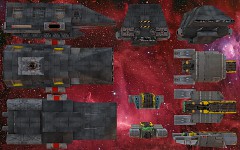 Thanks for stopping by, and be sure to stick around for a bit on the moddb page.
-CanadaMan7

I have a Question: Can I play the mod with medium settings?

Yeah, you can play the mod on all settings.

could you release a demo for the unsc ?

can we see some covie glassing action?

Hey guys. Brilliant mod, I've been watching it for awhile, and I'm just wondering....any kinda ballpark figure on a release date? I'll be greatly anticipating this to come out!

ZOMG, i just **** an ENTIRE brick, i CANT WAIT for this mod to come out. KEEP HER GOING GUYS AND GALLS!