The new outpost for the elves of the Hidden Valley.

Posted by TiberiumLeader on Mar 8th, 2020

Greetings everyone, today we would like to show you the new outpost for Imladris. With Edain 4.5.2 being released not long ago, we thought it was about time we showed what we’ve been up to lately. Please note that some things mentioned in this article might change once we reach beta stage. Before we start however, we would like to announce the official Strategy and Tactics Discord Channel: Discord.gg

Feel free to join and ask us questions about the submod.

Now, on to today’s topic.

Taking inspiration from Bree, the outpost greatly resembles the town, and functions similarly as Edain’s Dale and Lake-Town. From the Townhall the player can recruit basic swordsmen, crossbowmen and pike men from Bree, alongside Halbarad, leader of the Dúnedain. Once constructed the outpost starts off as a simple Town Hall, which can be expanded with several upgrades, and can recruit basic units from Bree.

Townhall (Eriador Outpost), special thanks to Mathijs and the Shadow and Flame mod team for letting us use their assets. 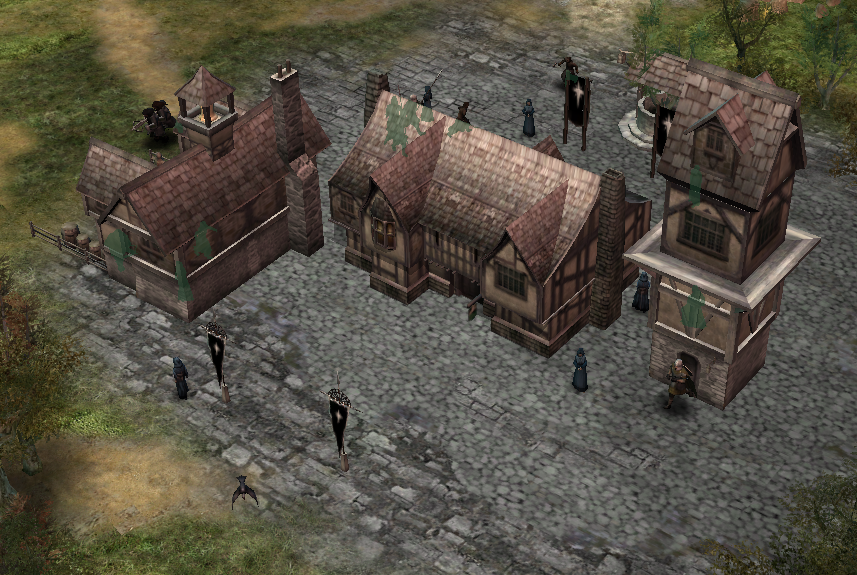 The Eriador Outpost, upgraded with the 5 main upgrades

The “Rally of the Free Peoples” ability allows the player to quickly deploy an army of infantry to support their early game Imladris units. The outpost offers a great defensive point with basic infantry support, which can be transferred to much stronger Dúnedain, now elevated to elite units.

All Dúnedain have also gained a new passive ability, to make them stand out over all other elite units, and to compensate for their lack of heavy armour:

Besides the regular Dúnedain units, the player will be able to recruit rangers from the “Grey Company” once the Dúnedain Rally Grounds upgrade has been bought on the outpost. The Grey Company are a versatile unit, but they cost more than regular elite units and are limited to three.

The Grey Company, special thanks to Mathijs and the SaF team for letting use this model

The Grey Company are elite swordsmen, able to swap to their bows. They can be upgraded with both Forged Blades and Fire Arrows. Requiring all other 4 main upgrades before you can purchase the Dúnedain Rally Ground upgrade makes the player unable to rush the strong Dúnedain units easily.

However, besides the main upgrades, the outpost can also construct 5 Townhouses which are part of the main structure and produce additional resources. The house upgrades have to be bought separately but once purchased will remain permanently, so if the outpost dies and you rebuild it, it will already have the Townhouses.

The Townhouses also give bonuses to the outpost and/or units depending on which other outpost upgrades the player has: 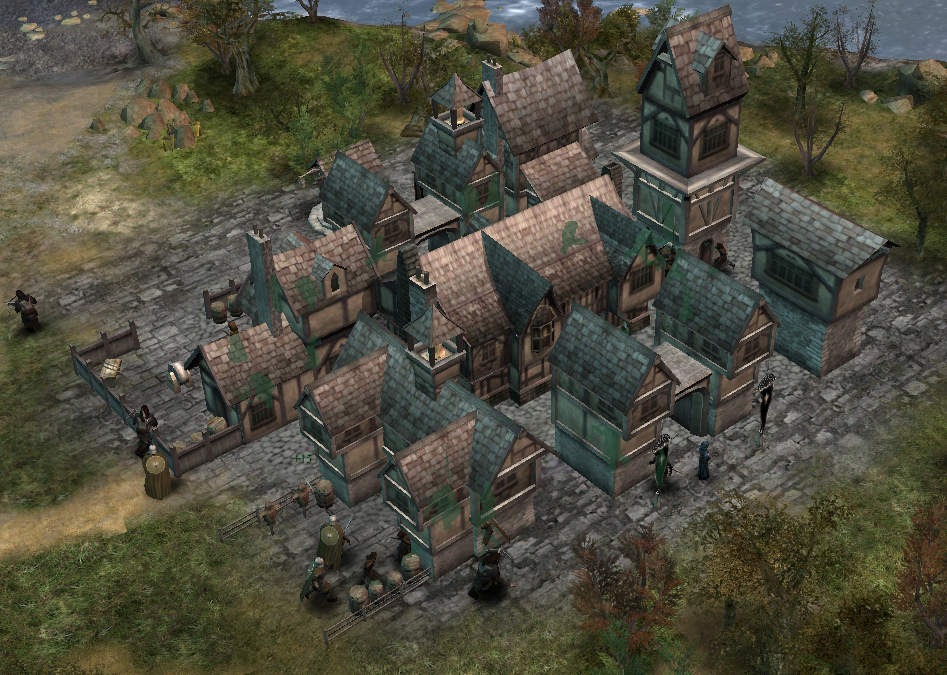 Eriador outpost will all five main upgrades, and the five Townhouse upgrades

Which each house the outpost will become slightly stronger, and will make it cheaper to upgrade your units. However these house upgrades will take time and money in order to work successfully.

As you can see, once the outpost is fully upgraded it truly looks like a town, and it will be a strong defensive point. Allowing for deployment of both elite Dúnedain and cheap infantry, the outpost cannot simply be ignored by your enemies.

We hope to have given you a proper insight in this new outpost for Imladris, which is not simply replacing, but more expanding on Edain’s Dúnedain Outpost.

Please let us know what you think and provide us with feedback, and join our Discord group Discord.gg

This looks awesome, glad to see that the Eraidor outpost is no longer a clone of the Dale Village outpost.

Hello, dear companions of Edain, i like the whole concept, very much, but i think the hole village looks ummmm a bit grey and quite spiritless.

Im not saying to retexture buildings but to add a bunch of trees or a stone house or even a market place or its the building distribution or maybe its just the floor that makes everything darker.

A cool implemantation to add more uniqueness (if possible) could be to add supply ways (as in Rise of nations) between the outpost and the main base or settlements vía charriots and former vanilla workers, thus resemble the trading of Eriador.

Hello there, thanks for your quick feedback! Sorry for responding so late. I can see your problem regarding the outpost's look, however I personally think that it looks pretty good based on the movie. As in the movie is does look quite dark(ish), also I thought about adding trees but it made the outpost look really cluttered and too big.

As for your supply routes idea, I really like it! However, adding charriots and workers to travel around the map is pretty demanding engine wise and might cause the map/match to feel cluttered.