Post news RSS Thanks for the VOTE of Confidence! (Collapsus in the Top 50) 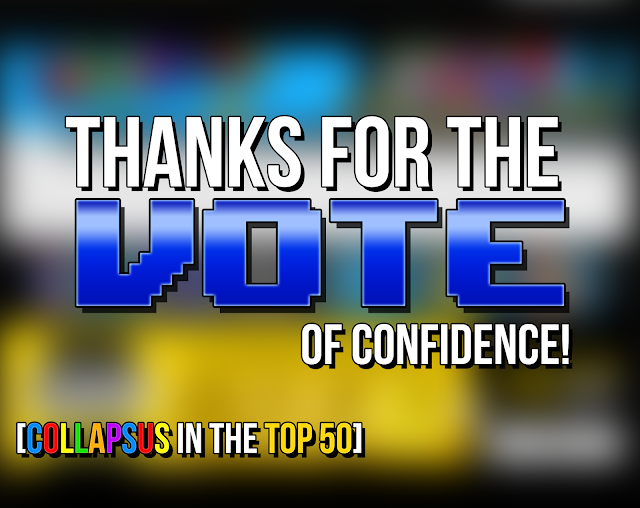 Late on Saturday, we got some VERY good news! Thanks to all of your awesome support, once again our game, Collapsus, made it to the Top 50 of SlideDB's "App of the Year" awards! This was a big deal for us last year and an even bigger deal for us this year! Everyone has been overwhelmingly supportive of us (and Collapsus) at events, on social media, even in the press! You guys are awesome! 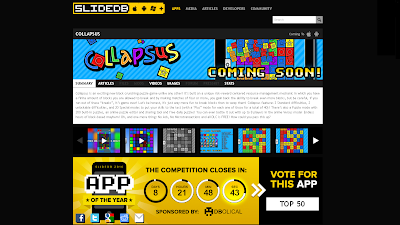 Now that we're in the Top 50, we actually very much need all of you to go vote again for us. WHAT?! WHY!? Well, for some strange reason the votes that get you to the Top 50 and the votes that actually win the award are separate. Heck, I feel bad even asking for it since everyone was so awesome about going out and voting the first time. Unfortunately, though, if we're going to win I have to ask you guys to vote and share. Luckily, this is the last one... for this year... well, for this particular award this year... *cough* No... wait. It's December. Yeah. Just this year... now NEXT year...

Okay, okay, I kid. Seriously, though. We really couldn't have made it this far without each and every one of you! Thank you so much, from the bottom of our hearts!

So. What's next? Well, today (the day I'm posting this, not the day I'm actually writing it, which is the day before), I'm heading off to Talawanda High School to represent Wraith to a bunch of game design students. Then, in January, we're heading to the Fairfield Rotary Club to give a talk and will also be featured on the Cincinnati radio station WVXU with a couple other Cinci game developers! Pretty cool!

As for Collapsus: we've got some big news! Mark has said that the weekly builds should be ready to launch this month (maybe this week) so all of you can get all sorts of Collapsus goodness for FREE as some sort of early access, public beta... thing. Yep! That means builds every week until the game is done! How cool is that? 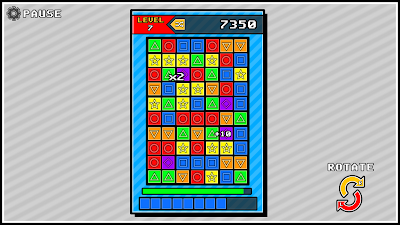 So, yeah! Looking forward to finishing up this year with a bang! With your help, we can bring home App of the Year just in time to see the start of the long overdue weekly builds! After that? The Kickstarter, Greenlight, and then release! During that we will hopefully be up for some more awards and event appearances, too... so keep your eyes peeled!

Well, until next time!