The last few months have been a mix of Solitude dev, server migrations and holiday time. We made some good progress settling down the in-game terminals.

So, the last few months have been a mix of Solitude dev, server migrations and holiday time. As part of the development we made some good progress settling down the in-game terminals.

Terminal is the word we give to any of the in-game computer screens/systems. They can be as small as a little control console on the side of a door, as functional as a computer on the bridge of a ship or as large as an advertising billboard on the side of an alien space station. 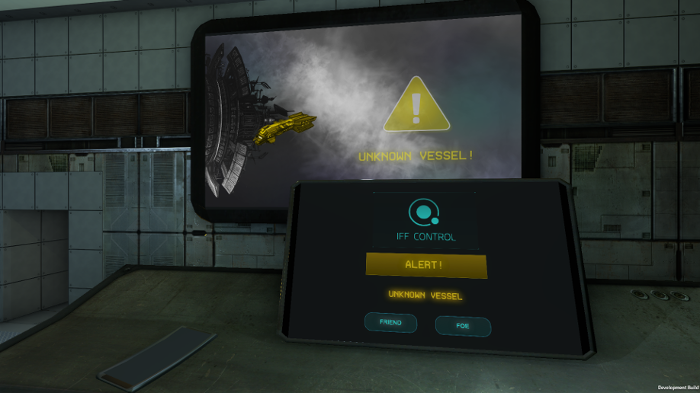 A huge amount of work has gone into making terminals work seamlessly in a multiplayer game and we’re happy with our results so far. There’s always room for improvements but they work well and, as with everything else in Solitude, they are moddable.

So, what else can they do? How about video feeds? Any self respecting space game needs to have large viewscreens showing who is attacking them! Terminals can handle this and to do this they support displaying live camera feeds from the game. This can be used for the viewscreen example, or they could be used for security cameras, or even away mission video feeds.

In our Alpha 1 development we need to be able to have fine control over gun turrets of a small ship. Terminals support switching from looking at the terminal showing a gun to actually being the gun turret. This could easily be used in the future to control robot drones, or any other remote system.

With terminals being this powerful and moddable, we’re really excited to see what we (and modders!) can do with them in the future when the game is further developed.