Swipey Rogue is a mobile, swipe-action, auto-running, top-down, puzzle-rogue. It takes the speed and action of single touch mobile score challenge games and combines them with grid based dungeon crawling. The game has just hit Beta milestone with all features now complete (including all services for the first platform release: iOS). All that remains now is lateral game content (more Adventure Mode levels, and Gauntlet Mode polish). It's very exciting to be on the home stretch! 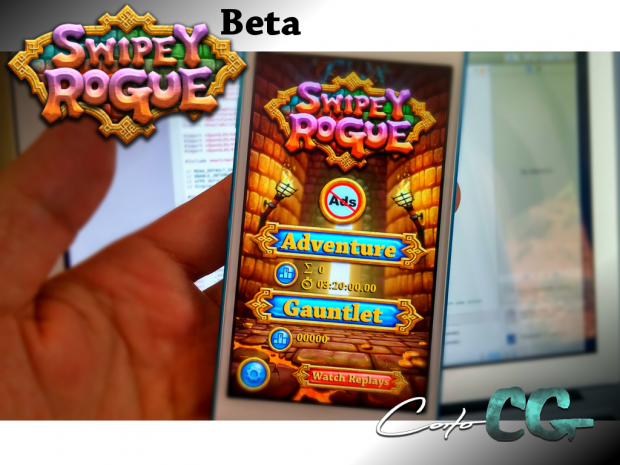 I have been concentrating on completing all service integration for the first target platform (iOS). Some services (replays, advertising) automatically work on iOS and Android. Others (purchases, share, leaderboards, achievements) have to be done per platform. I haven't decided what services (if any) I'll integrate for PC/Mac/Linux platforms.

But, this is great news. With everything done for my primary platform, I'm now at Beta (which I define as feature complete and almost all content complete). There is still some level design work for the remaining areas of Adventure Mode, and some polish for Gauntlet Mode, but the core game mechanics have been created so I'm calling it! :)

The logo has been finalized, it is in the game, and all the promotional material is now updated. I'm happy with it. It looks fun and inviting. The goal was to make everything 2D very cartoony and vibrant. 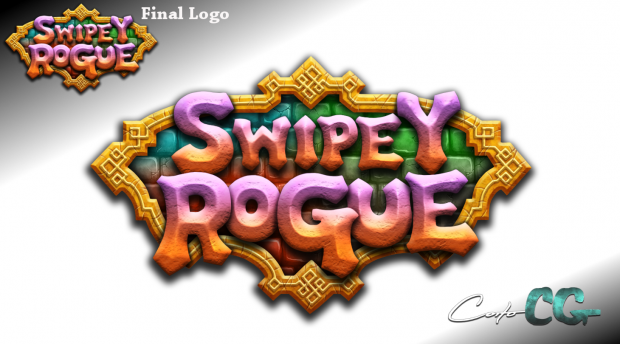 In-App Purchases are completed. The whole game is completely free and can be played without purchasing anything. There is advertising though (currently video ads). You can pay to remove the ads, and pick your price while doing so. I figured that since this is THE ONLY IAP IN THE GAME, it might be nice to give people the opportunity to choose how much they would like to support the developer.

I repeat, there are NO OTHER IAPs IN THE GAME. There is no energy meter, there is no level paywall, there are absolutely no continuous payment monetization schemes in this game. 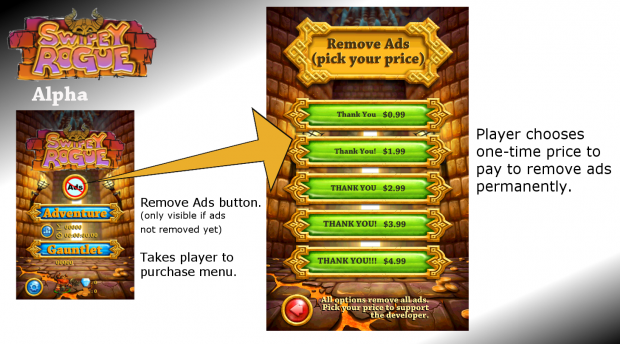 The share button has been implemented to allow you to share your run with friends. It pulls a screenshot of the current room summary and will include a link to the app store in the message. 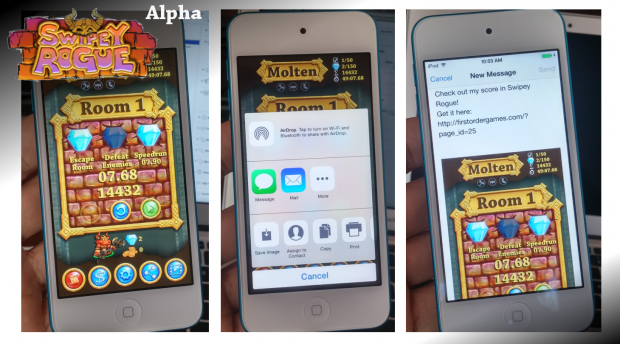 Kind of a boring topic, but this was one more thing I needed to get done that is now complete and out of my way. The game features video replays so you can share your solutions, high scores, and speed runs. I've added all the appropriate meta-data so videos will have info for area, room, score, and time (which also pre-populates the video replay title). 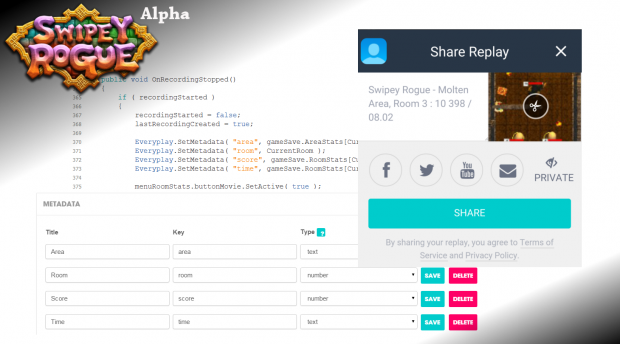 I still have a lot of work to do, but it feels amazing to have all the service integration done. Everything that is left to do is very quantifiable in my mind. I know exactly what content needs to be created and what game mechanics need polishing. I know how to do it all and there are no unknowns remaining in my path. I'm glad I forced myself to finish all the integration work before finishing and polishing all the game content. Now I get to sit back and really enjoy making the rest of the levels, and game modes, and polish polish polish to release. :)

Thanks for dropping by and checking in on my progress. Feel free to comment and share. It's always nice to know someone found any of this interesting.