This week's Kasplat development was mostly spent implementing the first round of powerup effects. Last week we gave a sneak peak at the "Slow-mo" powerup. This week we are proud to say that all 7 of our first round powerups are in the game and functional. Here's a rundown of what they all do.

Welcome back Devlog readers to the 5th, weekly Geekabye Games Devlog! Before we get into the trials and tribulations of this week's development effort, make sure to follow our Facebook, Twitter and Instagram to keep up with the development of Kasplat and subscribe to our YouTube channel for more video updates and gameplay!

This week's Kasplat development was mostly spent implementing the first round of powerup effects. Last week we gave a sneak peak at the "Slow-mo" powerup. This week we are proud to say that all 7 of our first round powerups are in the game and functional. Here's a rundown of what they all do.

Big Balloons: All balloons are double size for a short time, burst giant bobbling balloons in a huge splat and be awarded loads for points for your effort!

Endless Darts: No dart limit! Rapidly fire darts to your heart's content, at least until Endless Darts runs out.

Paintball Gun: Take control of a paintball gun for a short time, rapidly fire splatters of dripping color across the screen where ever you please.

Double Points: Every popped balloons awards double points for a short time, so make it count!

Slow-mo: Things getting a bit hectic? Dial back the passage of time temporarily and watch the balloons drift in slow motion across the screen just waiting to be burst at your leisure.

Super Soaker: If you've ever accidentally popped a tricksy black balloon leaving a nasty splatter of oily black, fear not, the Super Soaker can remove any stain, including pesky black paint. Just point and squirt!

We have had some great results this week allowing people to play test Kasplat with the new powerup effects. We can't wait to let you all give them a spin when we move into an open beta later in development! 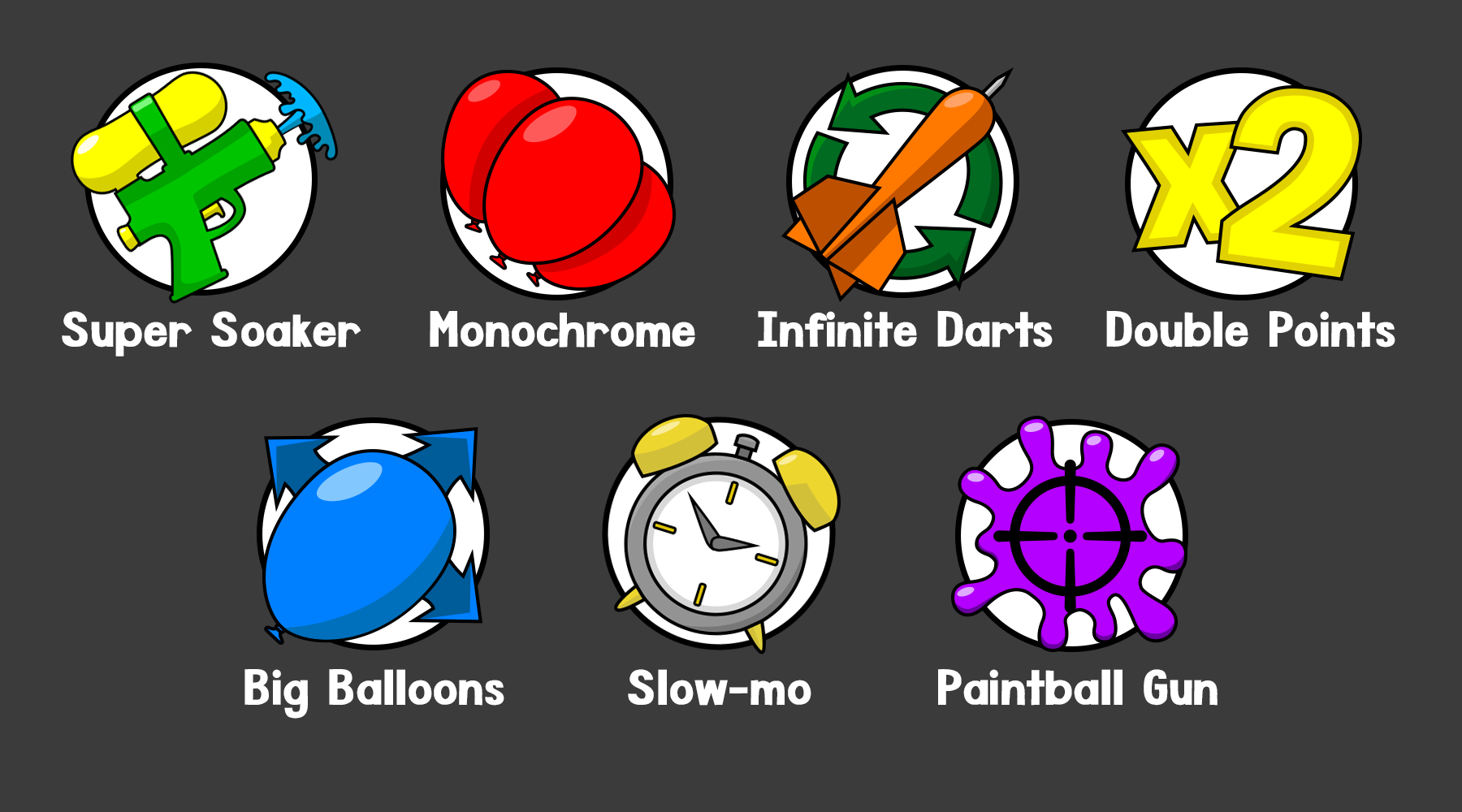 Our biggest challenge this week has been getting the Super Soaker powerup to work correctly. The Super Soaker allows the player to temporarily shoot a stream of water at the screen, clearing any paint or oil that it touches. From a technical stand point this was and continues to be quite tricky. You see when a splat of oil is produced from popping a black balloon, it is rendered on a layer above all the colored splats. This means that no colored splats will go over oil and is what makes the oil so nasty, as it deprives the player of valuable splatting space.

The way we are currently creating the "water splats" that are produced by the Super Soaker is actually a little bit of trickery; we are creating a splat with a texture that is the same as the background and then settings its scale and offset to match perfectly with the backboard. This creates the illusion that the splat has removed the paint in that location and is now transparent.

Unfortunately there is a downside to this approach. If the water splats are designed to clear the oil as well as other colors, they must be rendered on top of the oil splats. However after using the Super Soaker, the player will naturally want to paint new colored splats in the newly washed screen areas. However as water splats are rendered above the oil and the color splats are rendered below the oil by design, this is somewhat of a problem. Our current challenge is somehow allowing new splats of colored paint to cover over water splats, but not cover over remaining areas of oil. Stay tuned next week to see if/how we manage to find a solution! 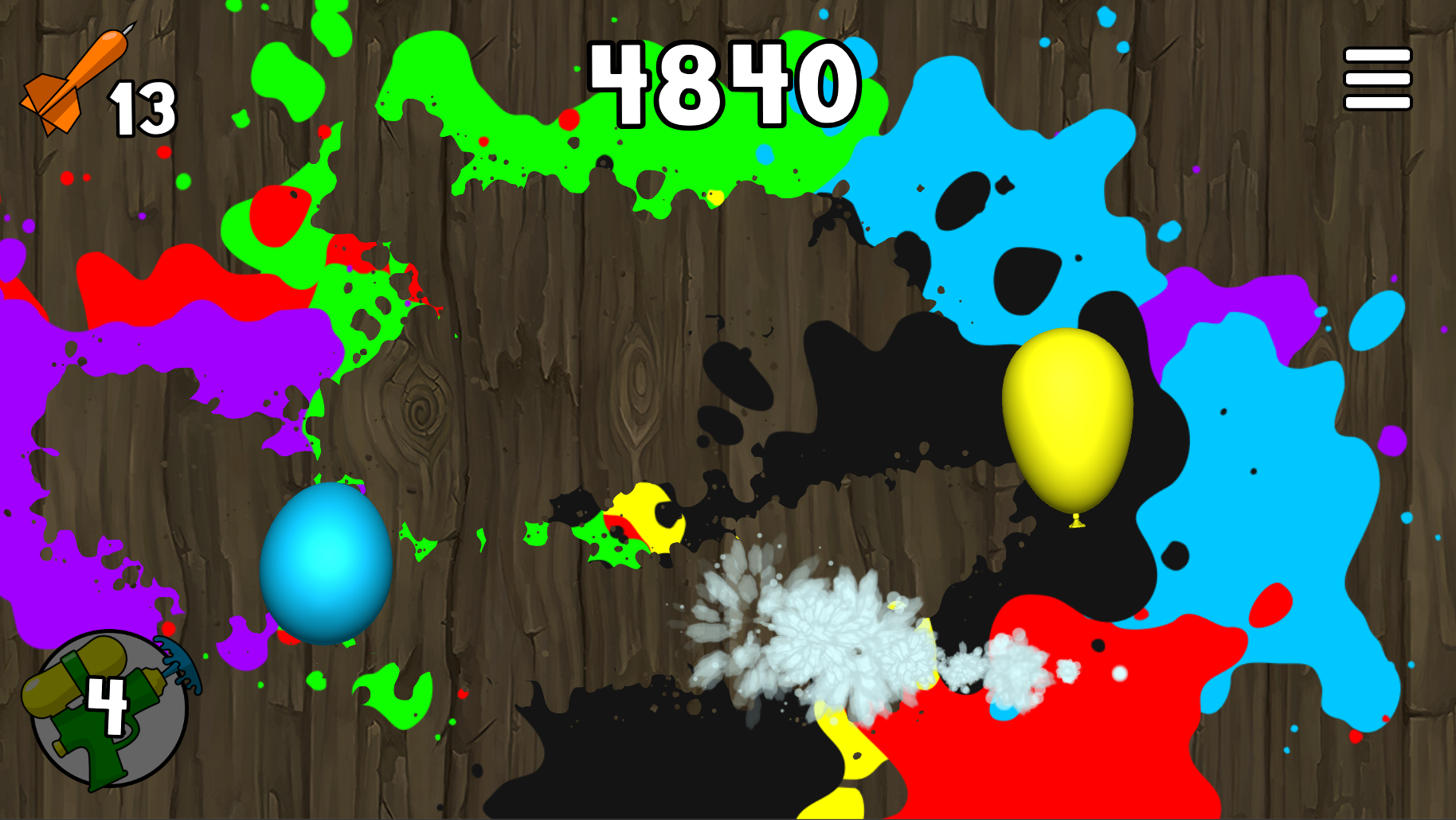