Some screenshots to remind people that the mod is in fact alive while we work on the bigger media update that was supposed to release in July (which will be in part 2).

Greetings everyone! It's been a good few months since our last article, but the mod is still alive! We've been posting some new stuff in our Discord as well as in the images of the mod page. We were supposed to have this big demo done during July/Early August but we couldn't get it anywhere near finished in time. To fill in the extremely big gap of time between the articles, we've got some new screenshots of the mod as well as a little bit of info on some new features. We're saving most of the new feature show-offs for the bigger media update, which should be out in the coming weeks.

Without further ado, (part 1 of) the media update.

An early design of the Base area where you start the game. There's a scripted scene that plays out here, but it hasn't been added to this iteration of the map yet. 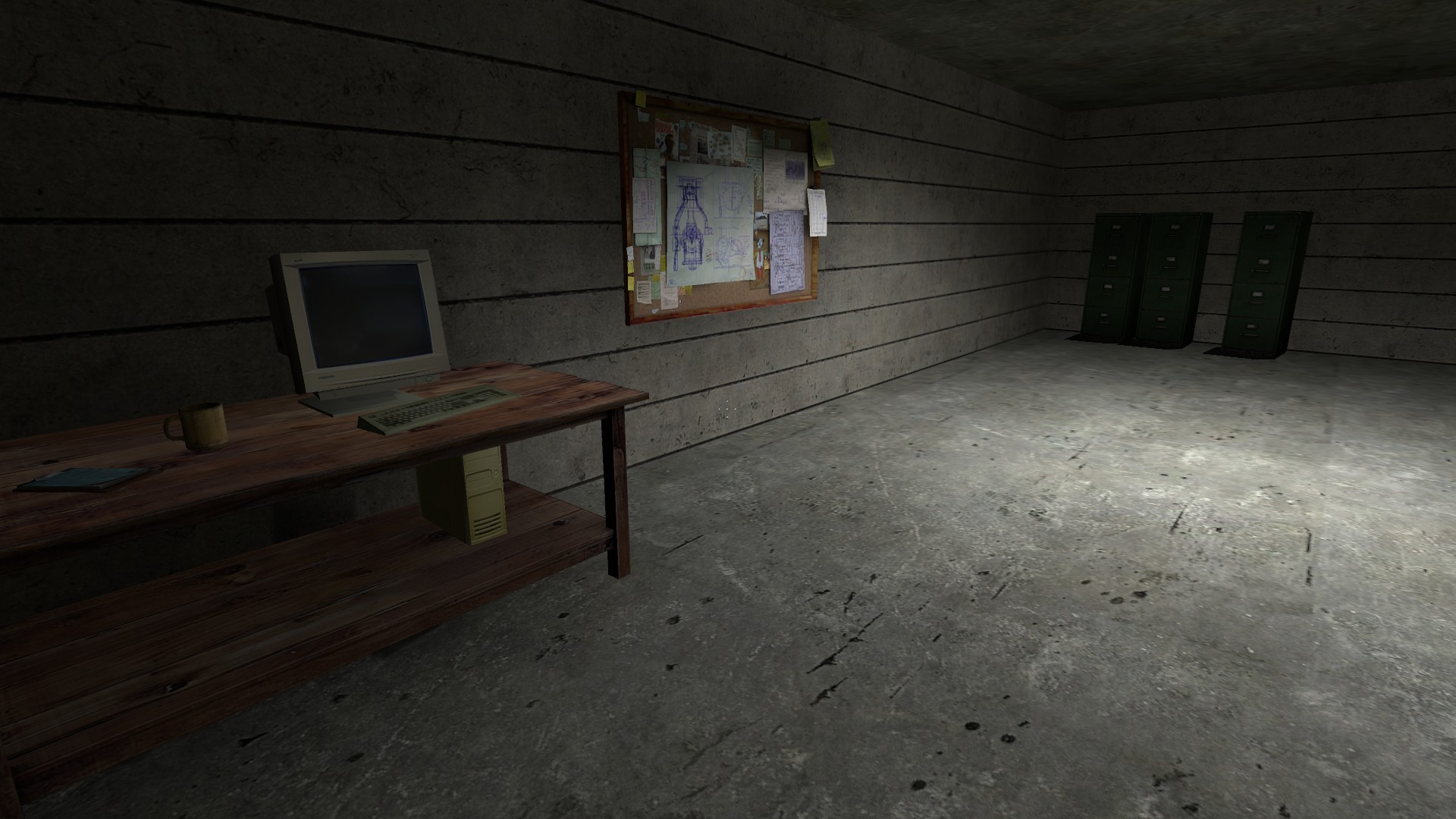 A part of the labs located deep below an office complex in the wastelands surrounding City 17. This area is set after the incident with the Time Portal (which we'll be showing off our complete rework of in part 2!) 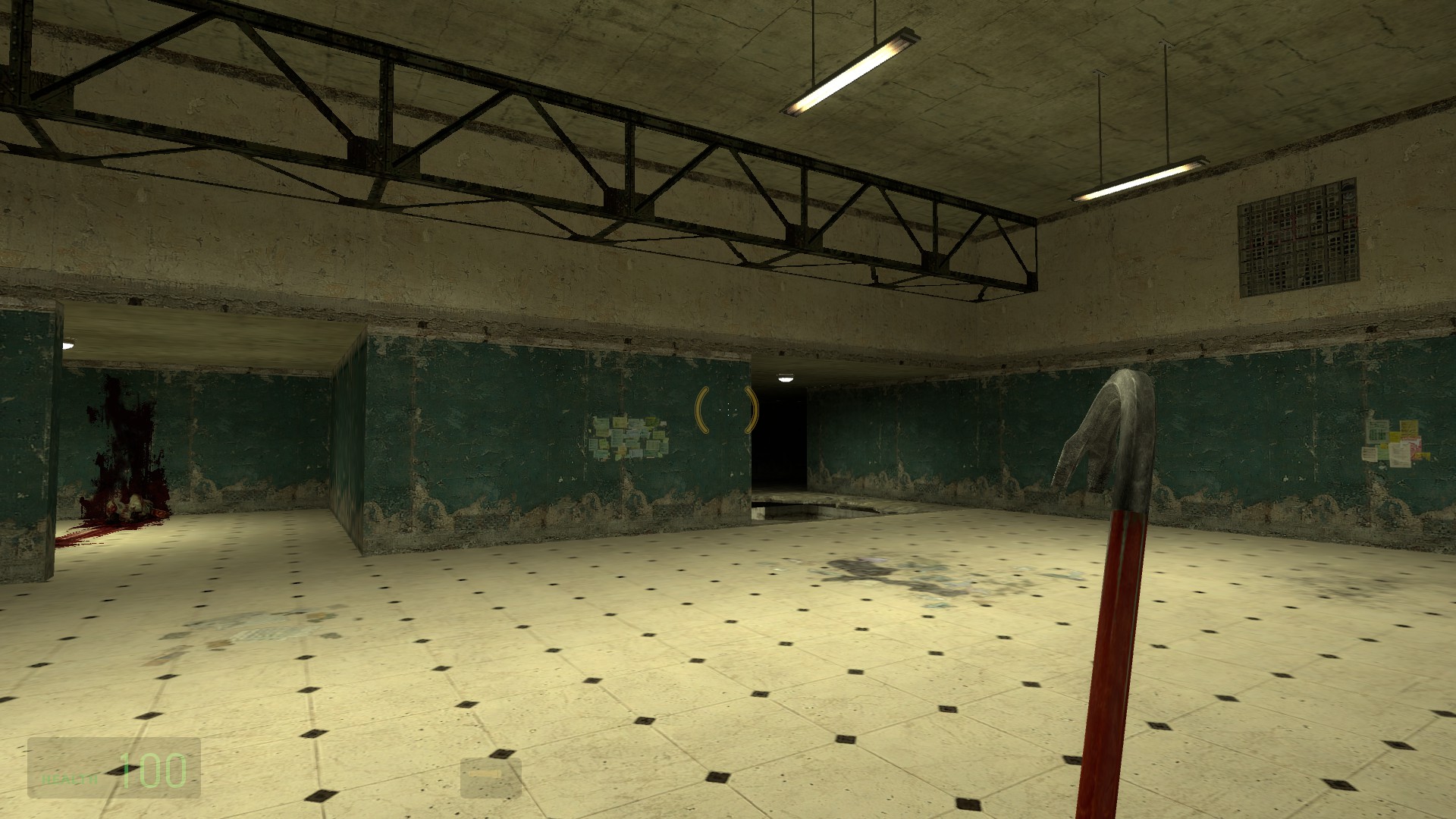 Ah yes, the chapter every Half-Life 2 mod needs to have. The good ol' canal chapter. These canals are going to be different from your normal canals though, since you'll be slashing through webs in Xen quarantine zones and toppling bridges with explosive barrels. Plus bullsquids.

And just so we're clear, this is a different bridge from the collapsing one. 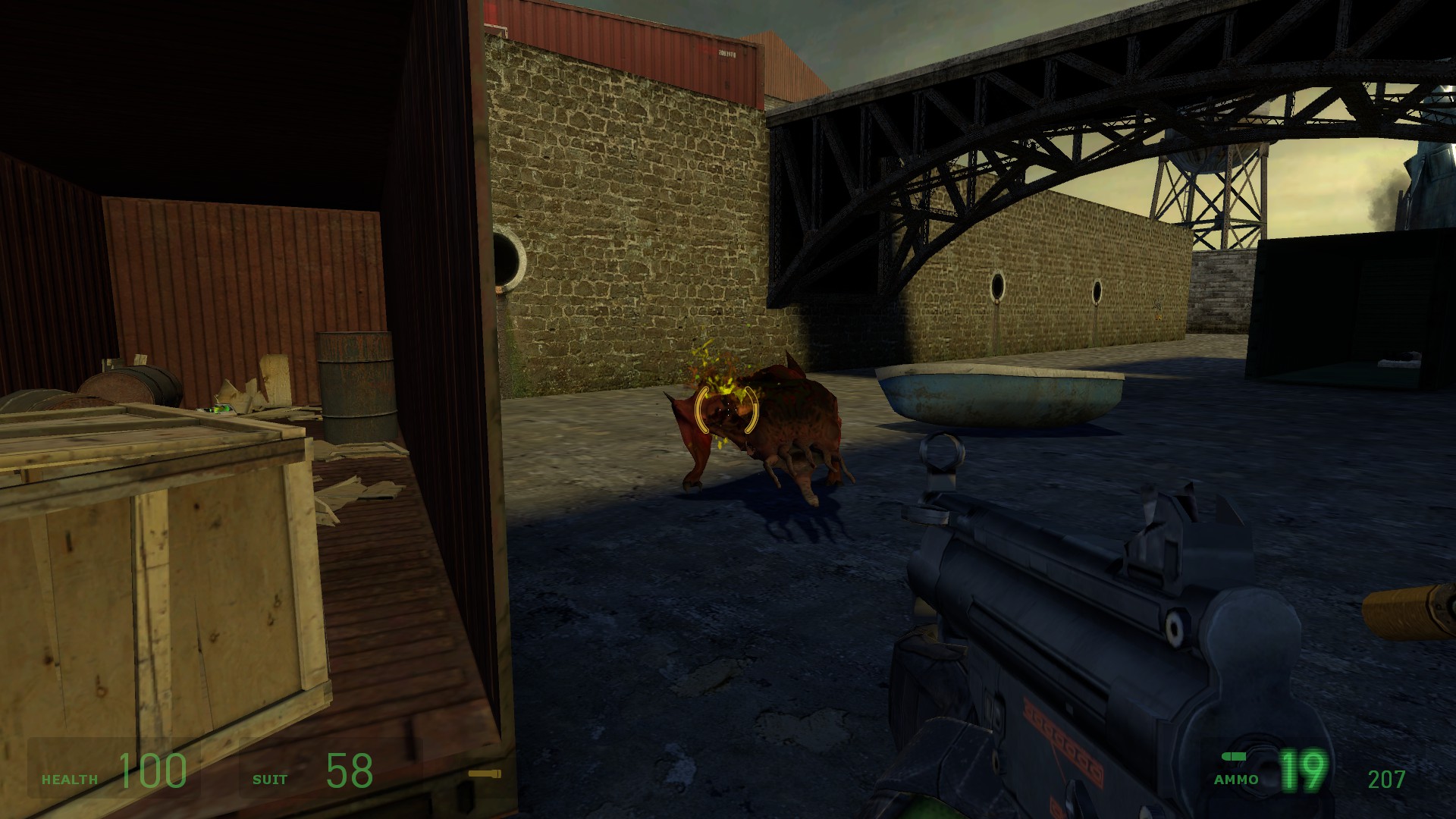 Pretty self explanatory. Not much to see here, but it looks nice so I'm putting it here anyway. 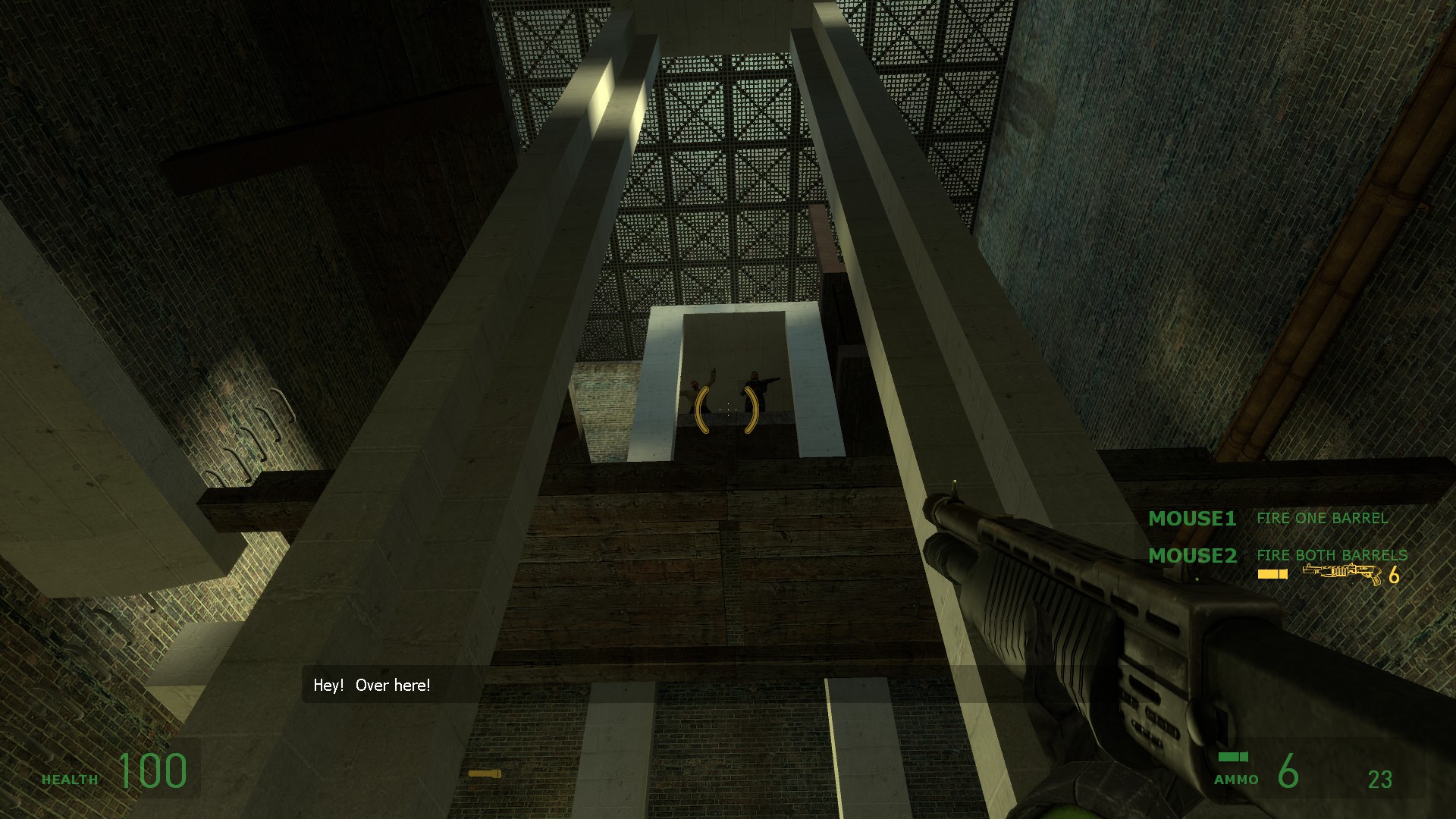 And we're back in City 17! Something odd seems to have happened to it though, since there's a thick layer of clouds covering the sky. And that Citadel... 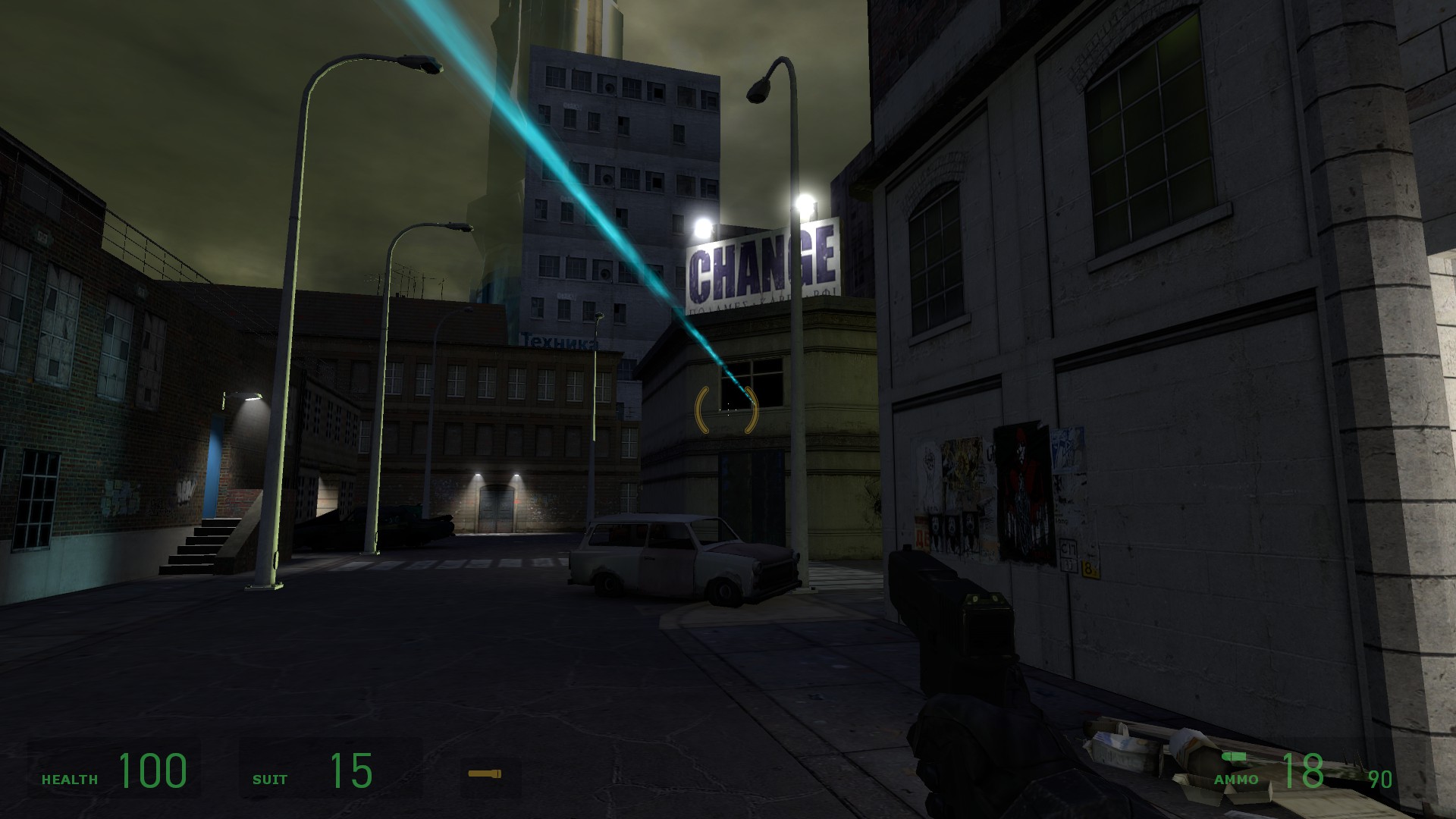 So that wraps up the screenshot dump, now for a little bit of dev insight. 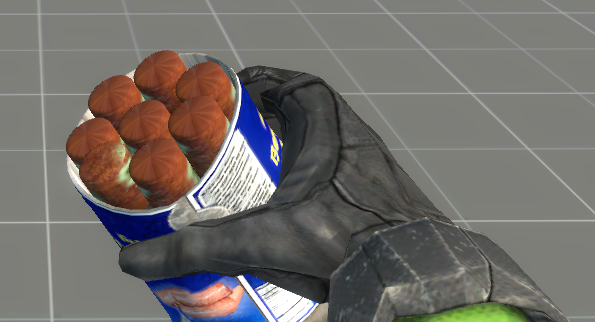 The texture still needs a little work, but it's looking decent. The way it works is sort of like a gas grenade, you throw it and upon impact it emits a toxic cloud of long expired mutated botulism. Enemies caught in the cloud will take damage, but some are immune to its effects. In real life it paralyzes you over a period of time, but this fictional version has mutated so much it kicks in moments after contact. Guess it's pretty obvious why Regis didn't want to eat them.

We've also got a couple of other new weapons, one of which will be shown next time.

Bullsquids now have sound! Incredible. Too bad you can't hear it here... well, it's just the beta sounds right now. You could probably go listen to them from the beta itself. But not when we make our own sounds! If we do make our own sounds, that is...

Anyway, that wraps up this article. See you in the Wall Dimension™ that we should probably give a proper name by the time we actually release the mod!