In addition to the event based and repeatable quests that appear in HammerHelm (like Cursed Farms or Destroy Dungeon) I've added a new kind of quest - Story Quests.

Story Quests are a new kind of quest recently added to HammerHelm. Unlike the other quests, these are not repeatable and are tied to the individual Townspeople. In these quests you'll get to learn something about the Townsperson and help them achieve a goal. Many of these quests will result in visual upgrades to the townsperson's home and mood improvements. Some, like the quest example below, will also have other benefits. Townspeople will usually give you a bit of gold for helping them as well.

And example of a Story Quest:

- I receive a quest letting me know that Gyles the Worker wishes to speak with me about something in his past. 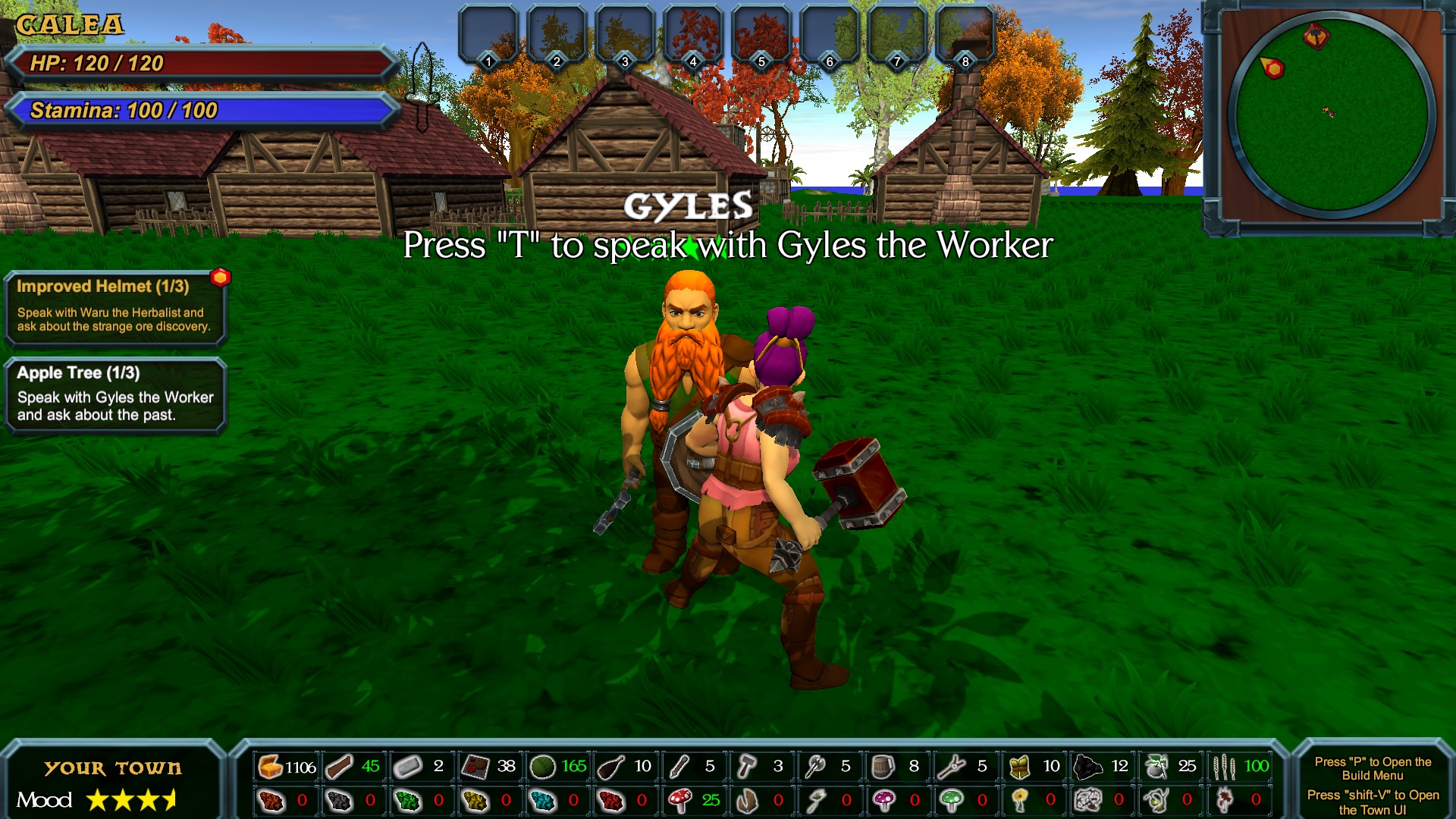 - Turns out Gyles is reminising about an Apple Tree that used to grow near his old home and he wants to know if I can imbue an Apple he found with magic to quickly grow a tree. 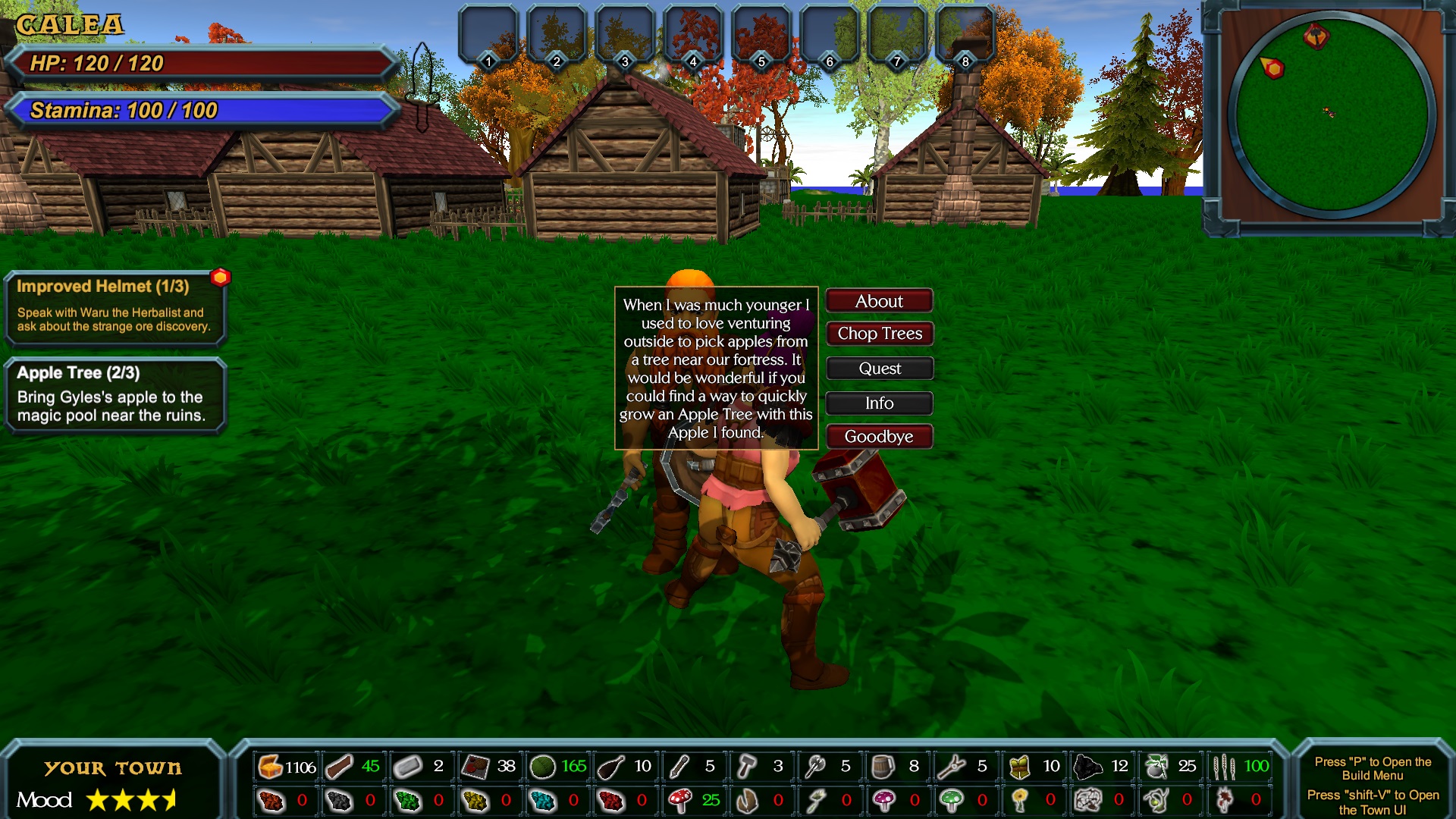 There is a Magic Pool near the Ruins to the North that might just do the trick! On the way to the pool I encounter some Goblins. These guys aren't part of the quest, so I don't *have* to fight them, but they like to hang around the pool so I decide to dispatch them quickly. 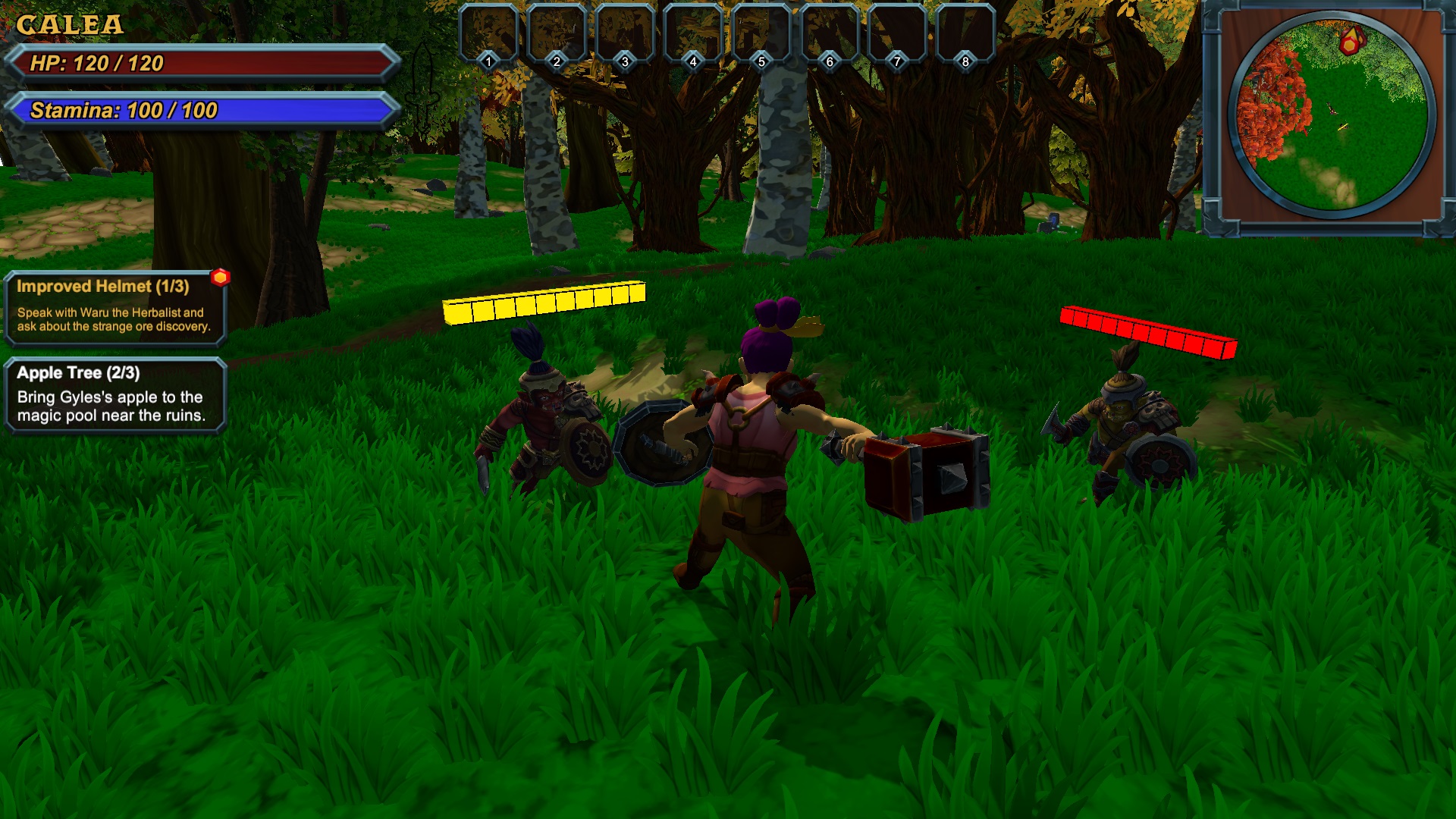 - After defeating the Goblins I find the Magic Pool and wade into it. The magic from the pool imbues the Apple! 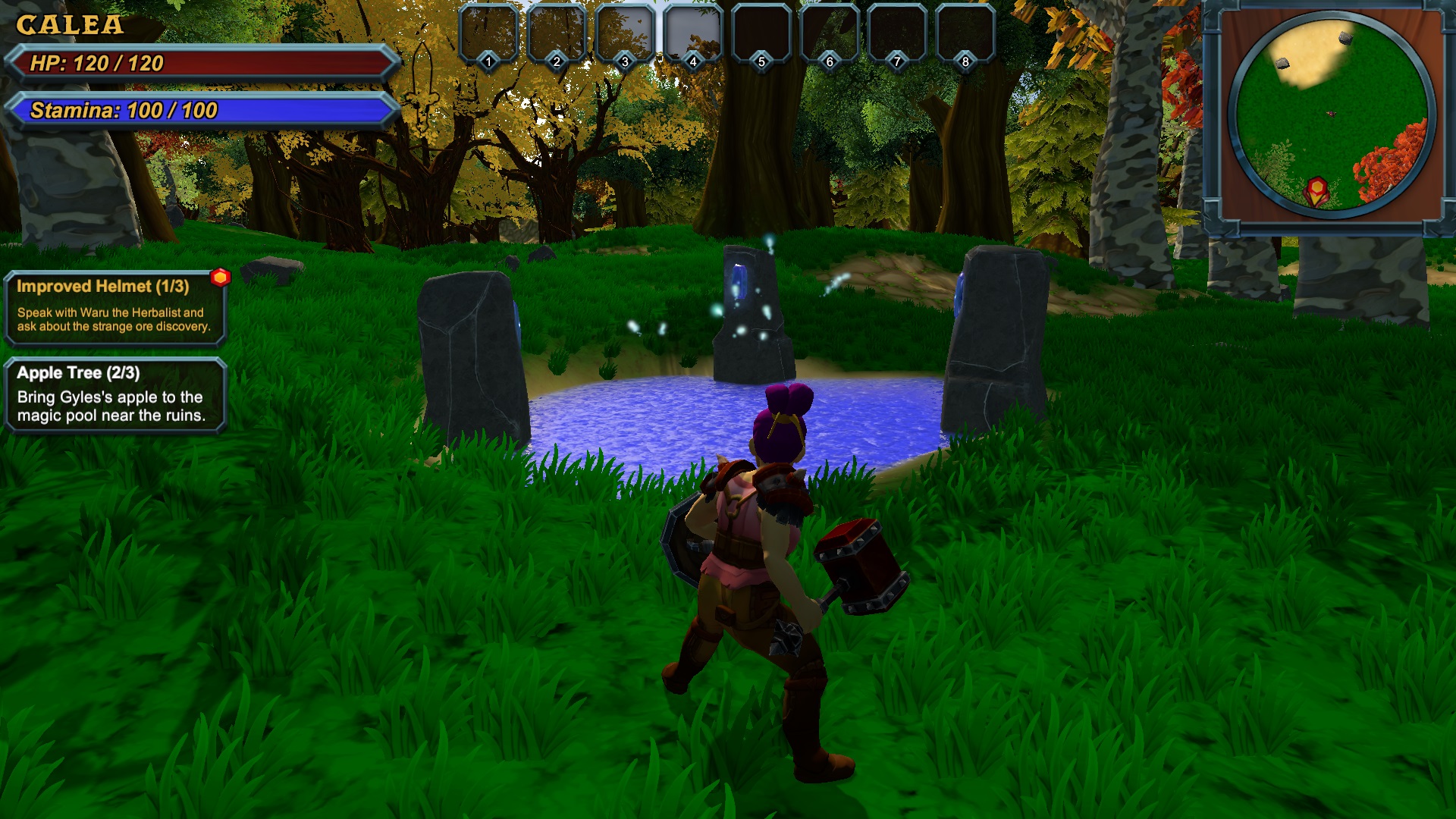 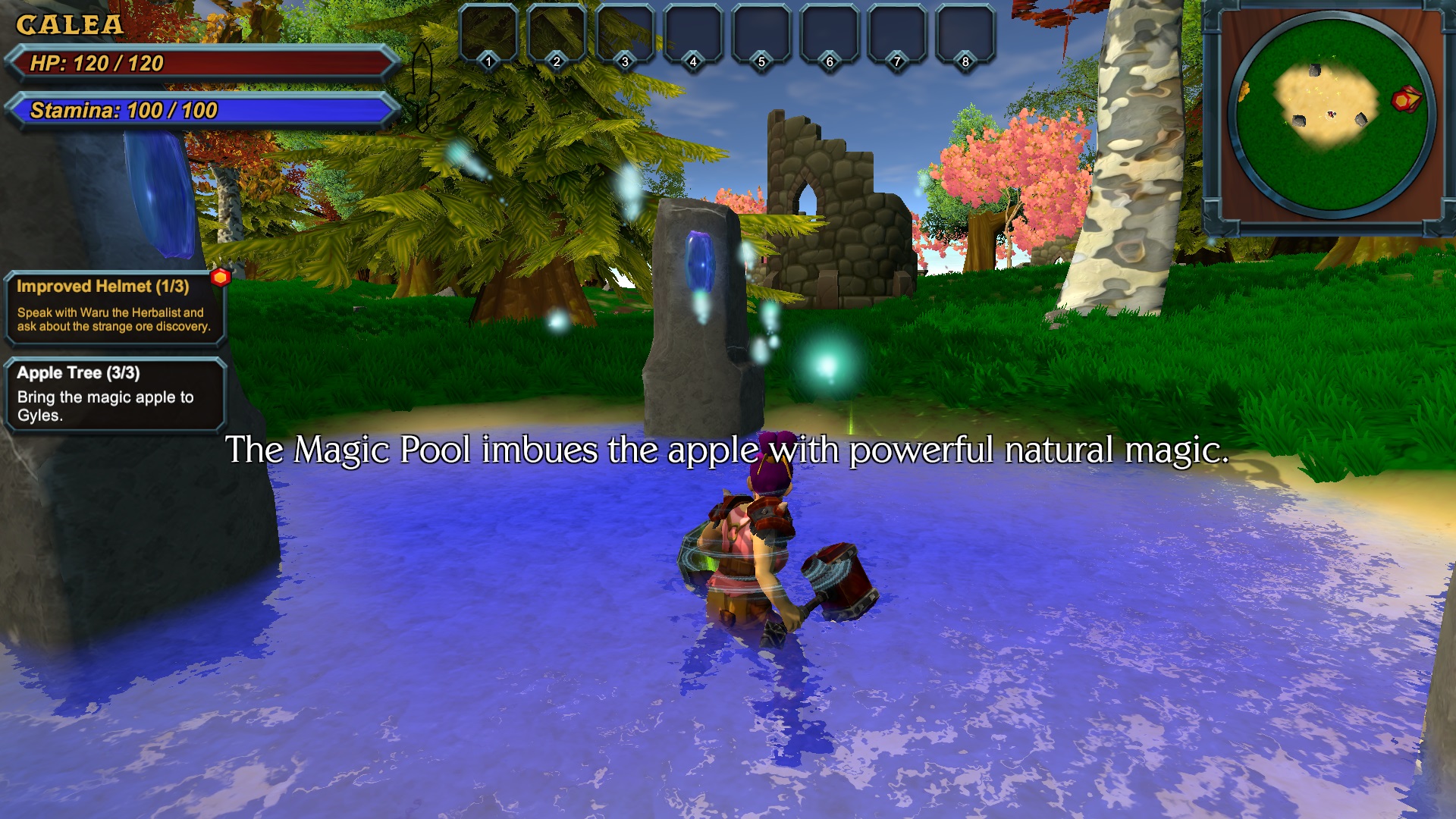 I return to find Gyles, who is returning to town after gathering some stone, and let him know the Magic Pool worked and that he now has an Apple tree next to his house. In addition to adding some decor to the town, the Apple Tree also means Gyles will never suffer a negative mood effect if the town runs low on food - he can always have an Apple! Gyles rewards me with 100 gold for my efforts that I can use to build more stuff for my town. 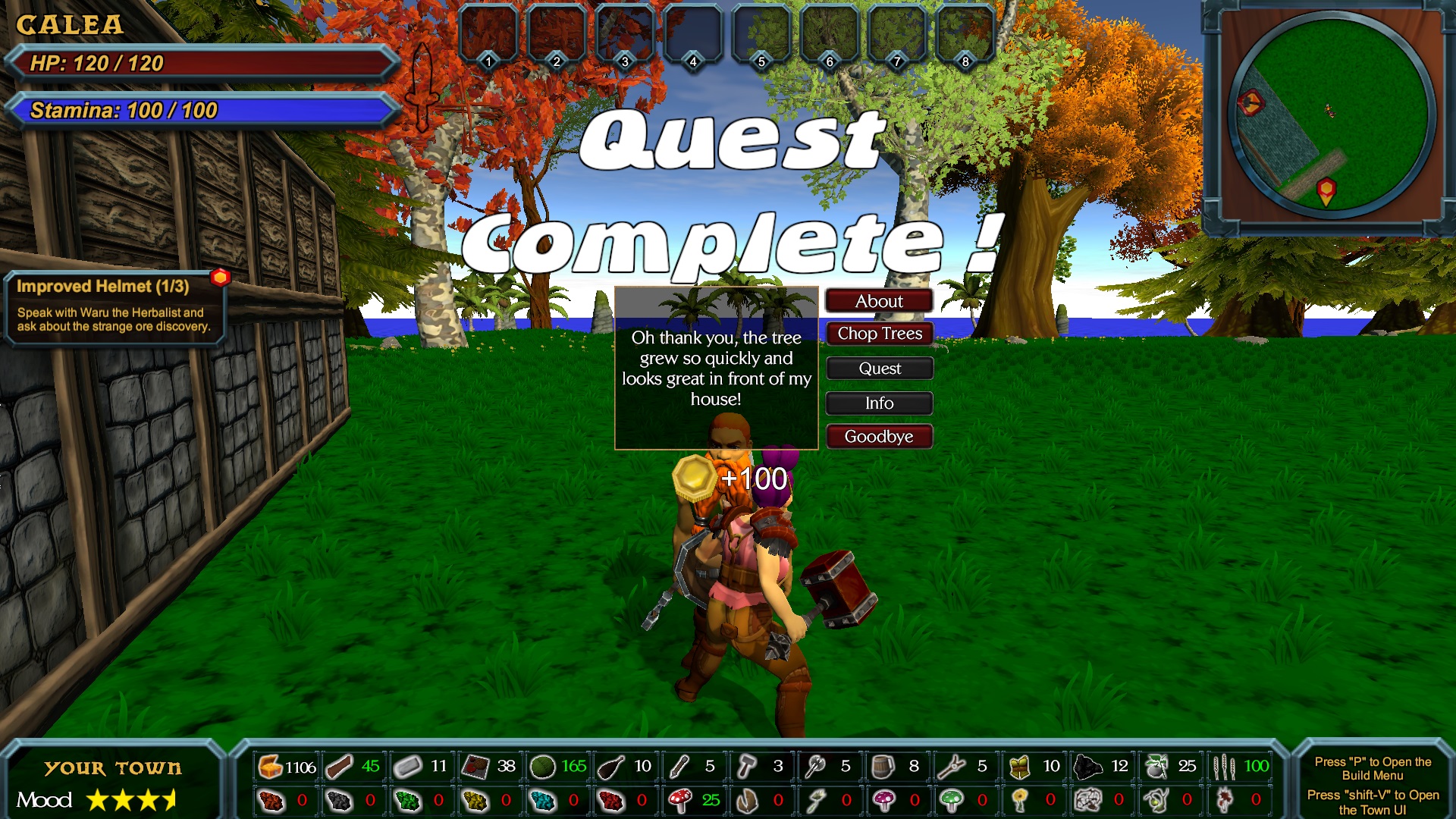 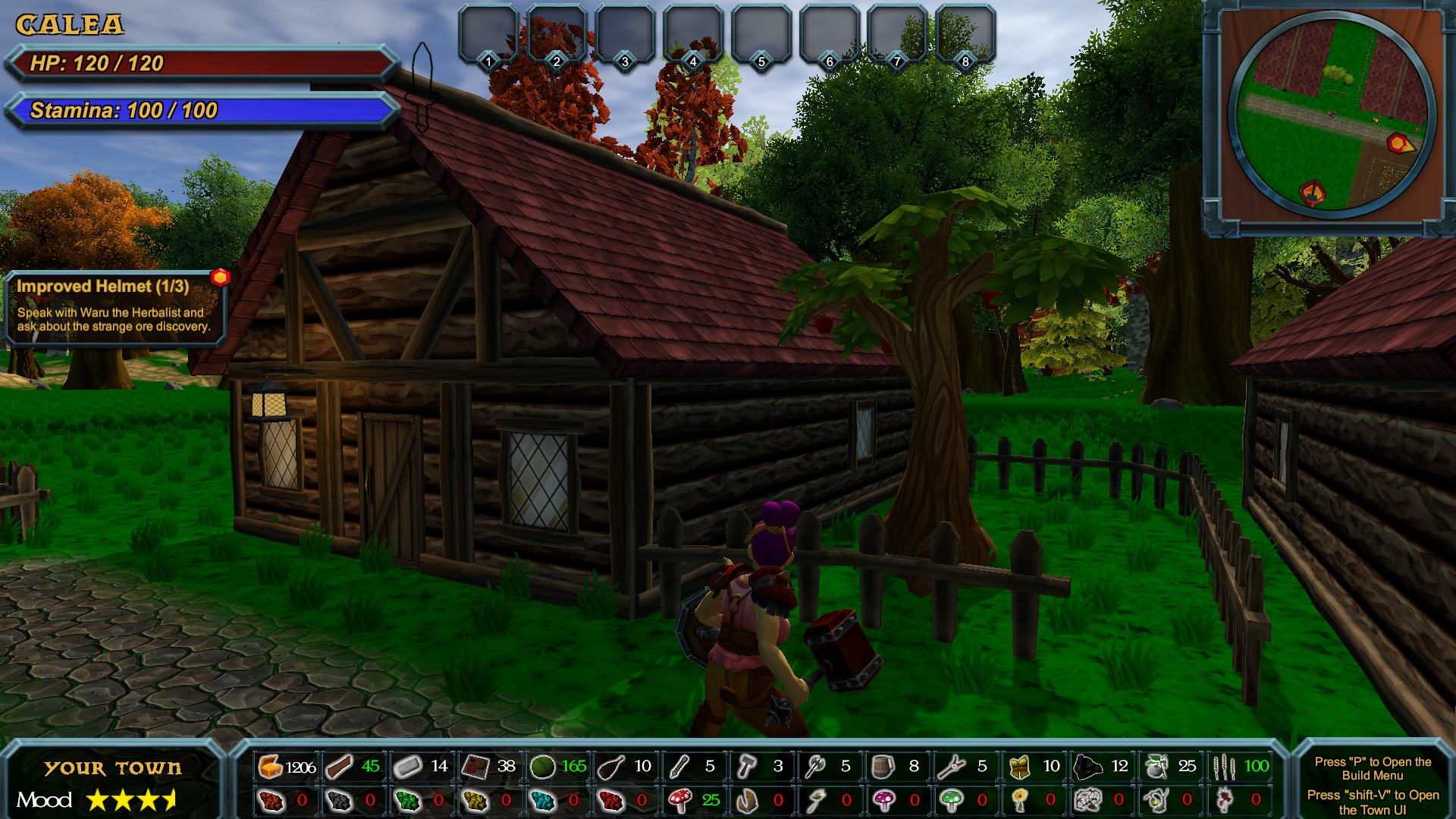 The Apple Tree is the first Story Quest of many more to come. Each one will be unique, affording the opportunity to learn a bit about the townspeople in addition to adding new items to the town!