The Dwarves of the HammerHelm Clan dream of living above ground, under the sun and clouds. As their Champion, it is up to you to help them establish their home and guide them towards prosperity. But this new land is filled with danger and your town will face many challenges.

The sewers you built last week to help the town remain clean - goblins have moved in and are using it as a base of operations. The farms have become poisoned and won't yield crops. Something dangerous is stirring in the storehouse, keeping the workers from delivering their resources. And the Tavernkeeper has heard rumors of a Necromancer building his tower nearby, plotting to attack the town.

Learn Powerful Special Attacks from the new skill system! Unlocking new skills is tied to how large your town is. 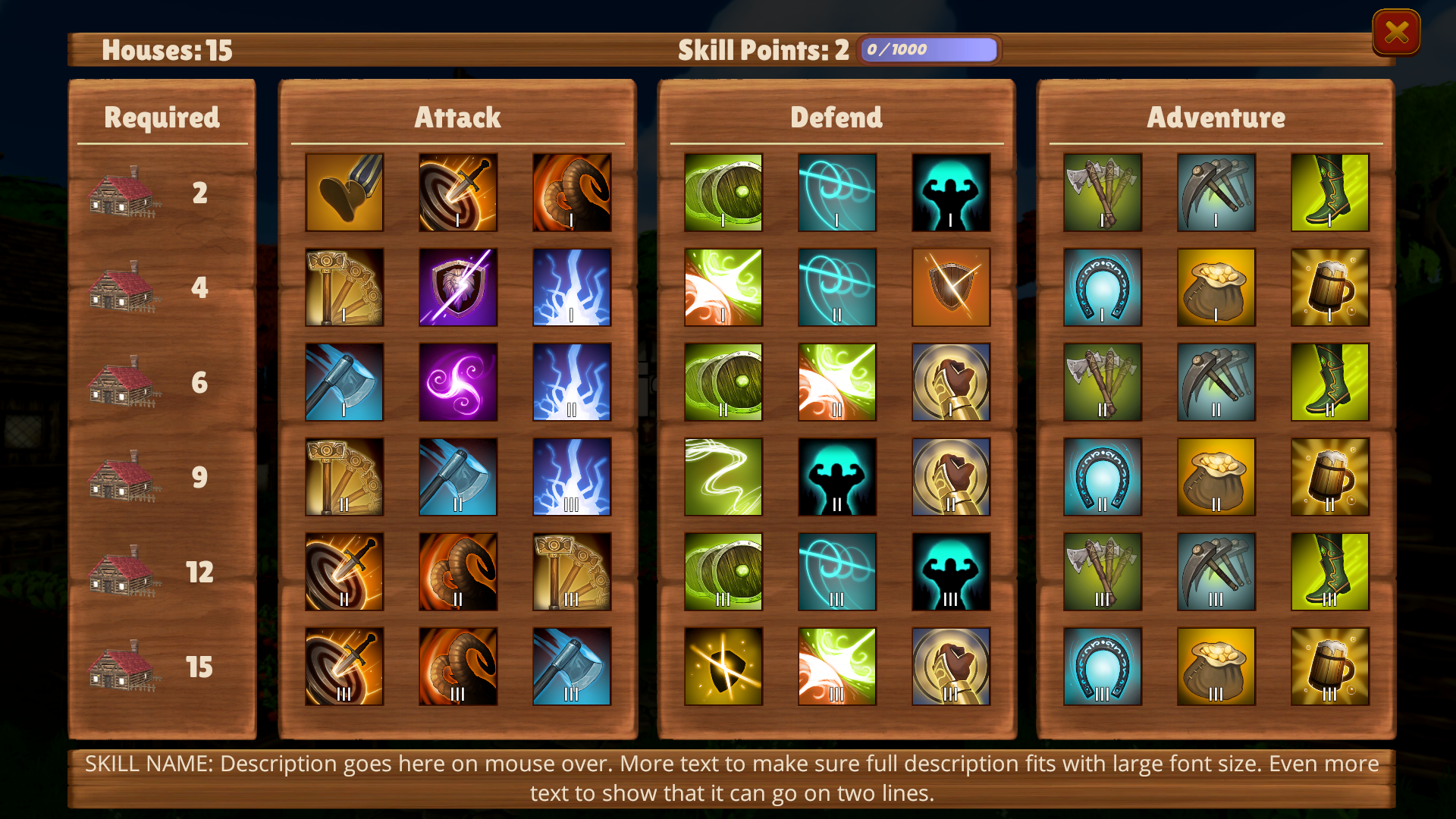 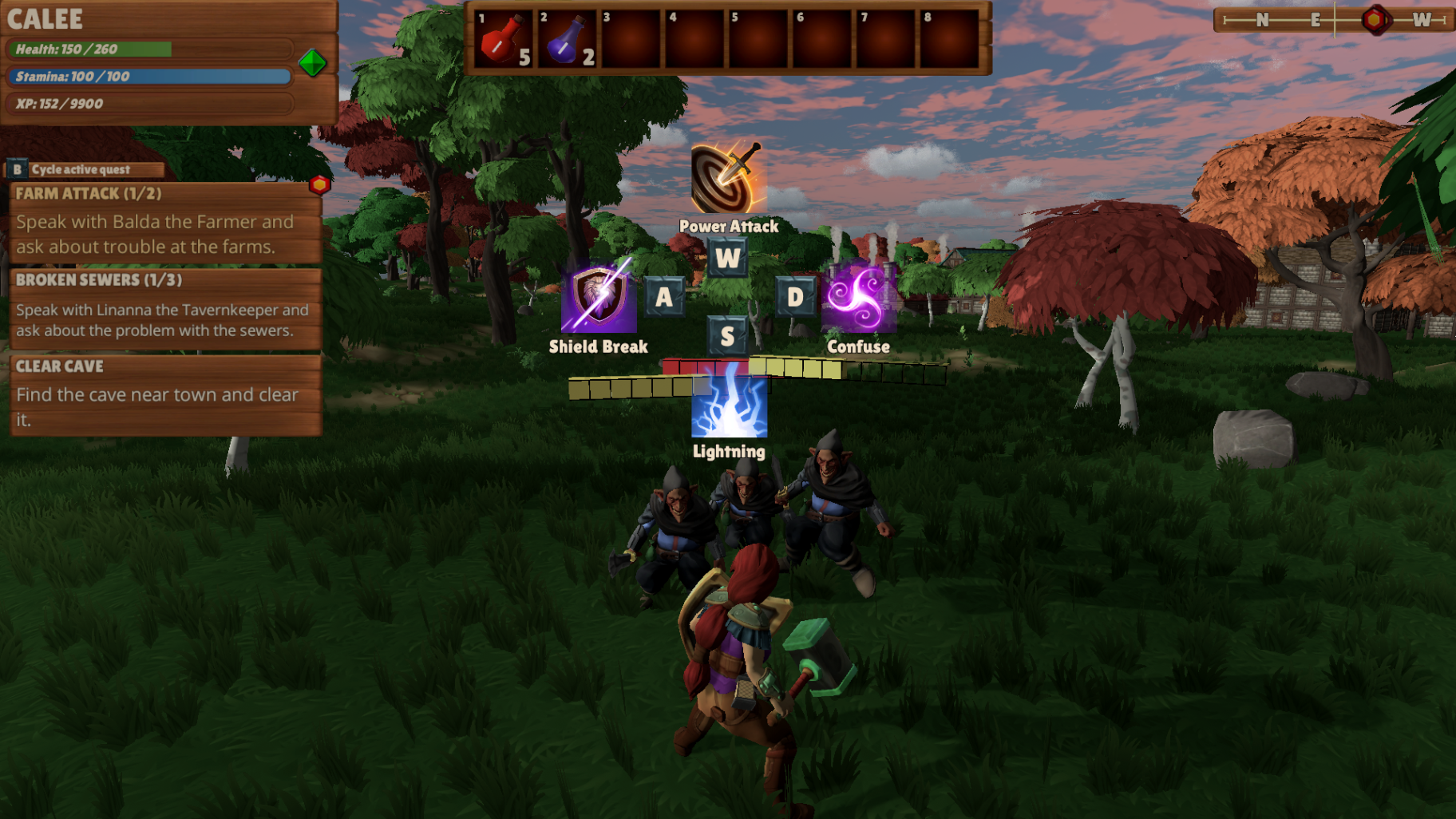 Imbue your weapons with powerful magic!

A lot more too. A new story and a prologue. 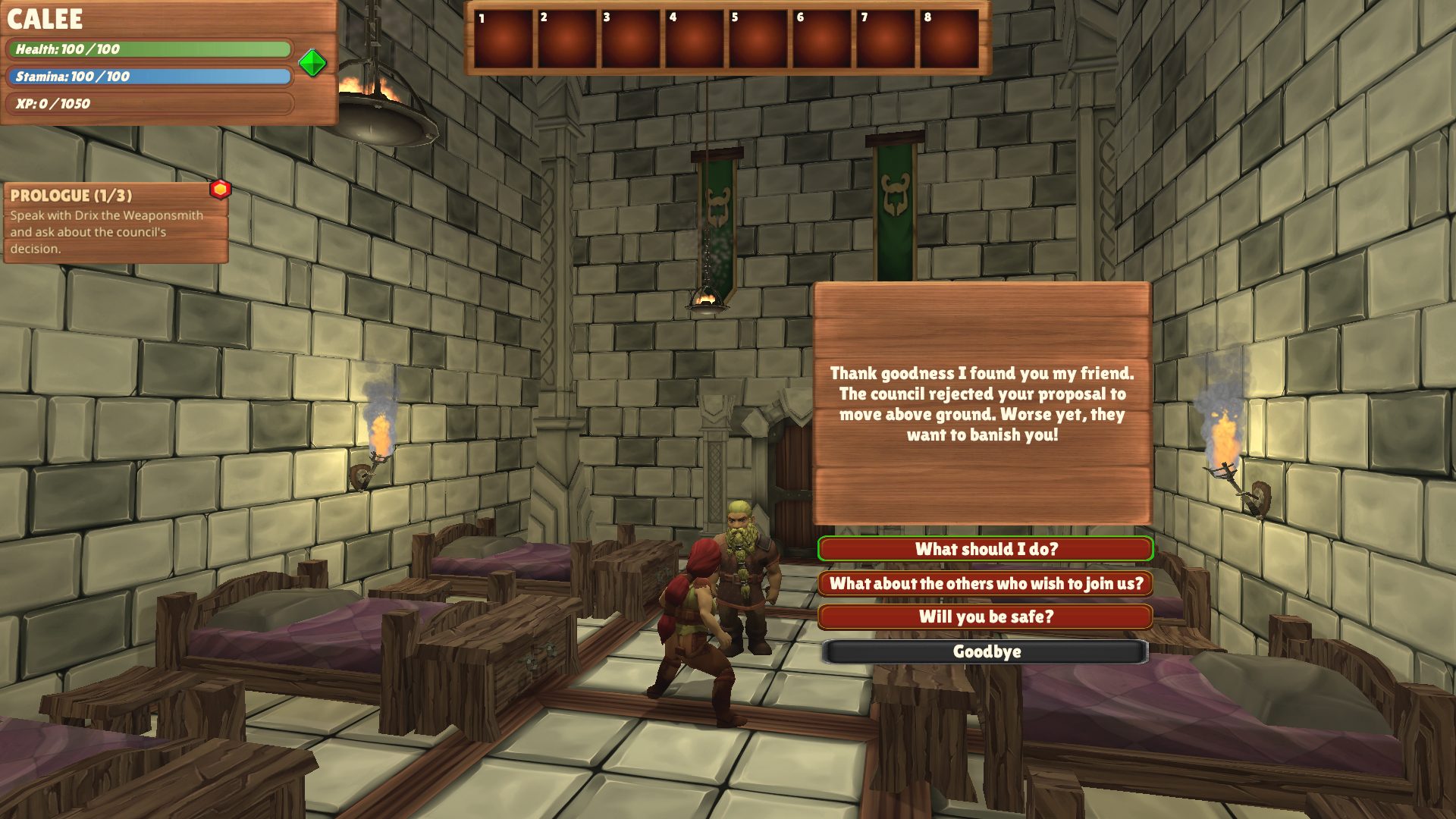 Updated graphics for the town:

Customize the exterior of your home! 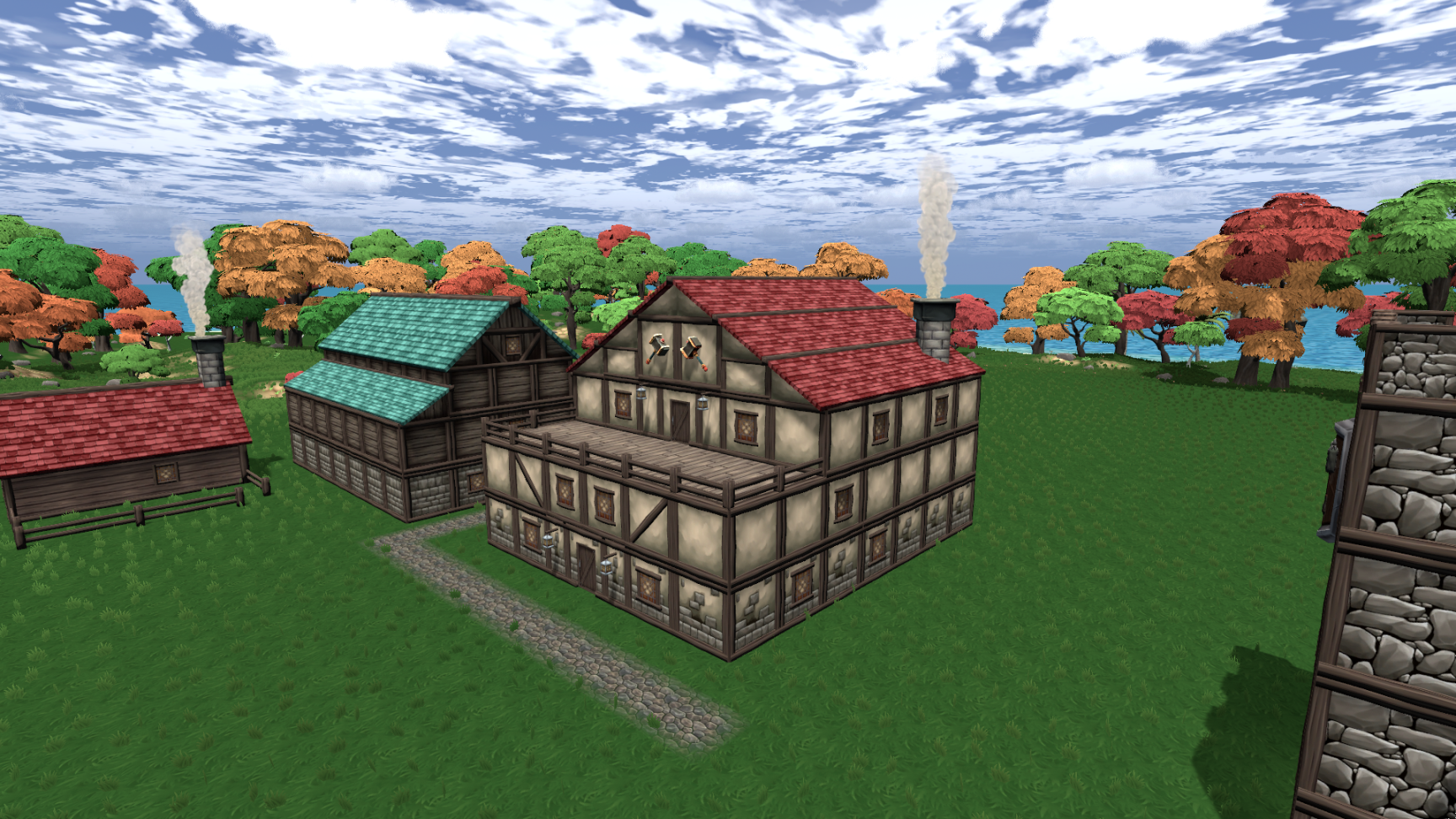 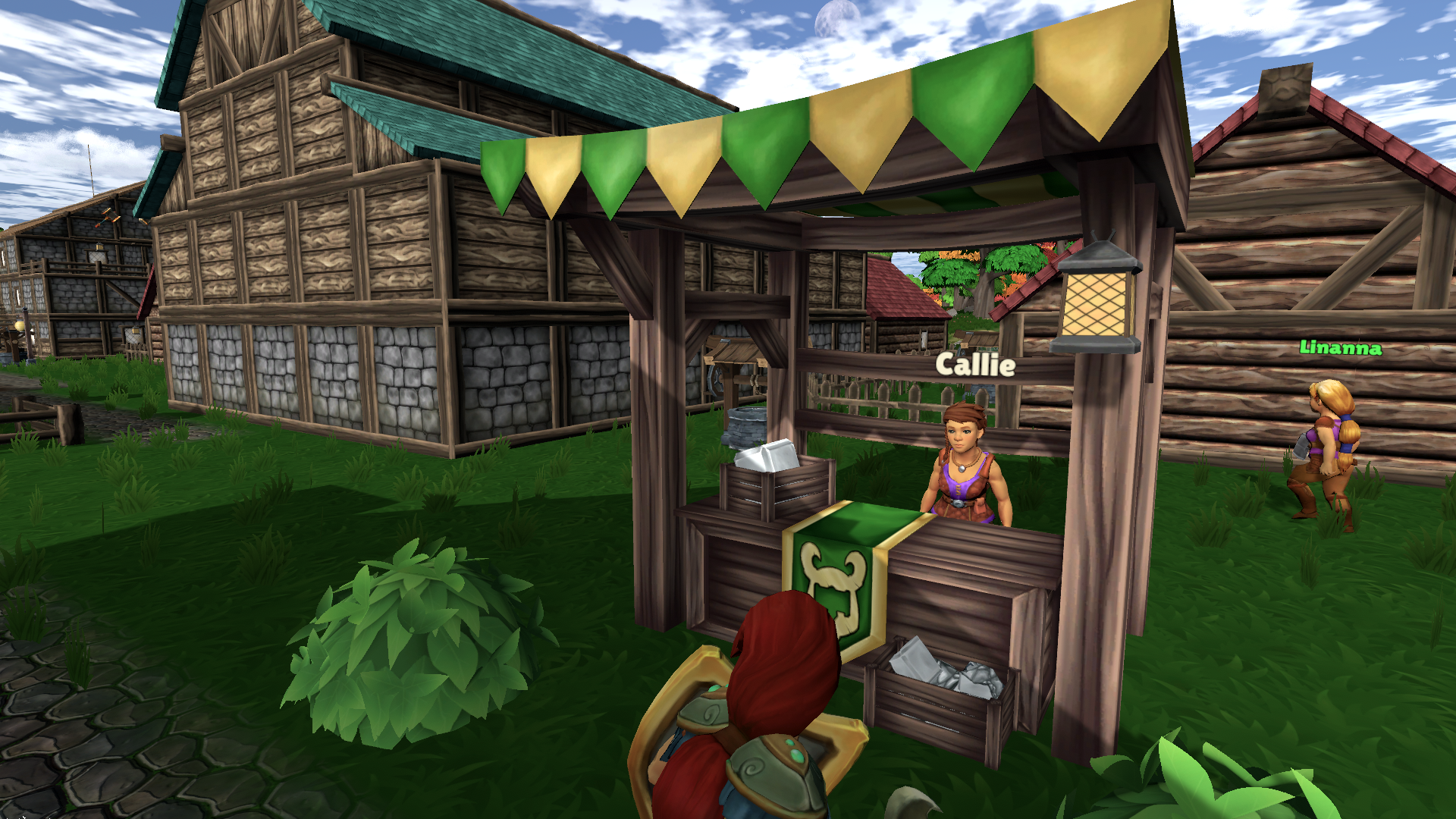 And there's a lot more to come! I try to update HammerHelm about twice a week with new stuff, optimizations, and fixes when necessary. My goal with HammerHelm is to create a more relaxing style game and it's been a lot of fun adding suggestions from the community since leaving early access!

HammerHelm is leaving Early Access April 29th! Check out the new trailer and looking back videos!

HammerHelm's Development over the years

Been a long while since I've updated here, but a LOT has been going on.

Lots of new things have been added to HammerHelm in the past couple of months!

HammerHelm is in Beta and on Sale!

HammerHelm is in beta and is on sale on Steam and Itch.io!

Bought a copy recently, and I really love it. It needs polish, but I'm just having a blast and it's all so cute :D

:O oooww.. the game looks cool, love the art style, UI and that sun ray <3 Keep up the amazing work!!!

Will the female dwarves be able to grow beards?

Not at the moment, but it's something I am considering as a few people have asked about it.

i saw a vid about this game said it was mmo, but i see here on the site and on steam it's tagged single player? so i guess this is a single player only game? :( :( :(

Correct, it's not an mmog.

that is a shame, would had loved this if could play with people ;)

If you need alpha tester let me know royalroachemail@gmail.com

Are there plans to ever make this more open world where you can build your town anywhere? There is such amazing potential in this game and lots of awesome places to explore in the world and I'd love to be able to build my town anywhere, would make the game fresh everytime I played! Just a thought!

For the moment the plan is to keep the current island. Eventually I may add procedural generated islands, but that's honestly a ways off.