Post news RSS Story about myself and development of Unlock

This all started as an assignment for school. Now I'm continuing this solo project to release my very first game as soon as possible. Also, I'll tell a bit about myself, how I got into game design and where Unlock began.

Thanks for browsing to this page. It means a lot to me that you're interested.

First I would like to introduce myself!
My name is Tim Haerkens and I'm from a small village in the Netherlands.
I grew up on a farm with cows, pigs and sheep.
When I was 5 I could read so they put me in a higher class.. I was always the youngest one.

I was always interested in making games and I discovered Flash when I was 13 I guess.
I made simple flash movies and games but I never really finished anything good.
When I discovered Minecraft I began building huge projects on the server I was on.
Because noone really looked at my work more than 5 times I decided I wanted to make
a parcours map with puzzle levels/jump levels/hidden buttons etc. 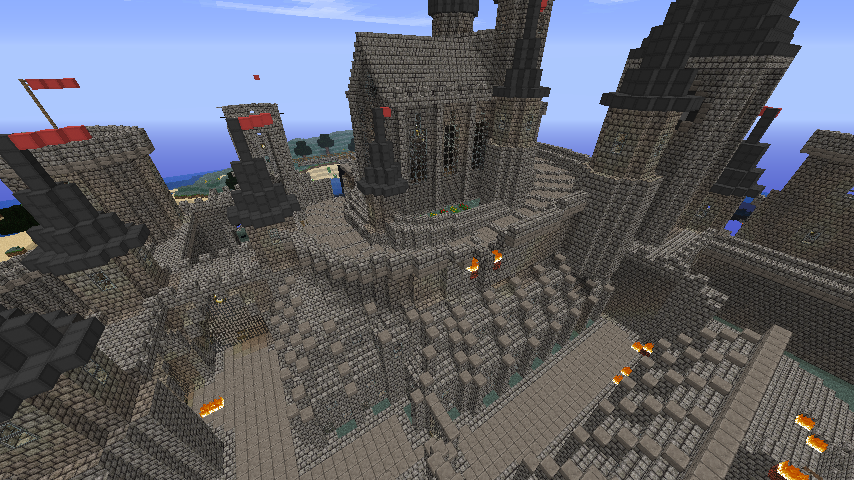 This was a huge success and people kept coming back and even hosting their own races with friends.
I kept making more levels and later I began a whole new project.
With this little knowledge of making games I signed up for a Game Design & Development college.

I had to show my previous work (flash and minecraft), design a board game, fill in some surveys and do an interview. Luckily I was accepted and finished year 1, starting year 2 in two weeks.

For Unity classes we had to make a simple game with the things we learned in class.
I didn't really pay attention in some classes so I didn't really know where to start.
When the deadline began to came closer I decided to practice my C# scripting skills and understanding the Unity software.

Very quickly I had a simple platform game, but I sucked at graphics so it was really ugly at first.
I really liked what I was doing so I kept spending hours of my free time in the game.
I went from copying scripts of the internet to coding my own scripts.

When the deadline was there I handed in what I had, a simple prototype of my game with a few levels.
I still spend a lot of hours in it so it had a lot of features and several levels. I got a 9,4/10.

The teacher liked the concept of the game and advised me to improve the game so that he could give me a higher grade at the end of the year. So that's what I did..
I spent around 300 hours in the summer holidays on improving the levels, textures, completely rebuilding the levels in square tiles and a totally new GUI.
I added a lot of features, some that don't even make sense (like dubstep gun).
But even if some of those features don't work or are unneccesary, they still teach you a LOT.

As a result, the second grade I got is a 9,8/10.
"The goal of this class was to give everyone a basic understanding of programming and working with the Unity Engine, and you are on intermediate/advanced level. I must say, you've got the skills so keep up the good work!"

I spent so much hours working on this game that I got a very good understanding of the C# language and even the Javascript language that I don't use a lot. Also, I know a lot of very useful Unity features that I didn't know before.

Unlock is a very big project with a great amount of features so as a solo project it takes up a lot of my time. I think I already spent around 500 hours on this project, but I don't regret it.
I enjoy working on this project a lot so I will update this page with news and progress,
and I hope to release a demo version as soon as possible.

It is really inspiring. I'm thinking about making my first real game too. Unity and game maker are perfect.

Where are you following the Game Design & Development course if I may ask?

Anyway, I'm not really sure what this game is going to be about (yet), but it might be something interesting if you got a 9.8! I don't get what Java has to do with Unity though?

Woops, I ment Javascript, my bad :).
And I'm following the course at Utrecht School of Arts in the Netherlands.

Ahh, alright. I considered signing up for the International Game Architecture and Design bachelor at NHTV, Breda. I ultimately chose not too, in favor of Computer Science. Is the (your) course any good? :P

Ah yes I know some people that went to NHTV.
I really like the school I am in now.
I learn a lot about many different aspects of game design and development. We get a lot of freedom to do things the way we want and that's important for me :p.