Stormbringer (SB) is a full-fledged mod created on the basis of SG materials, but it is in turn a demo version. The campaign takes place on a vanilla BI strat map. I.e., this is not a SG release, but a kind of advertising for it 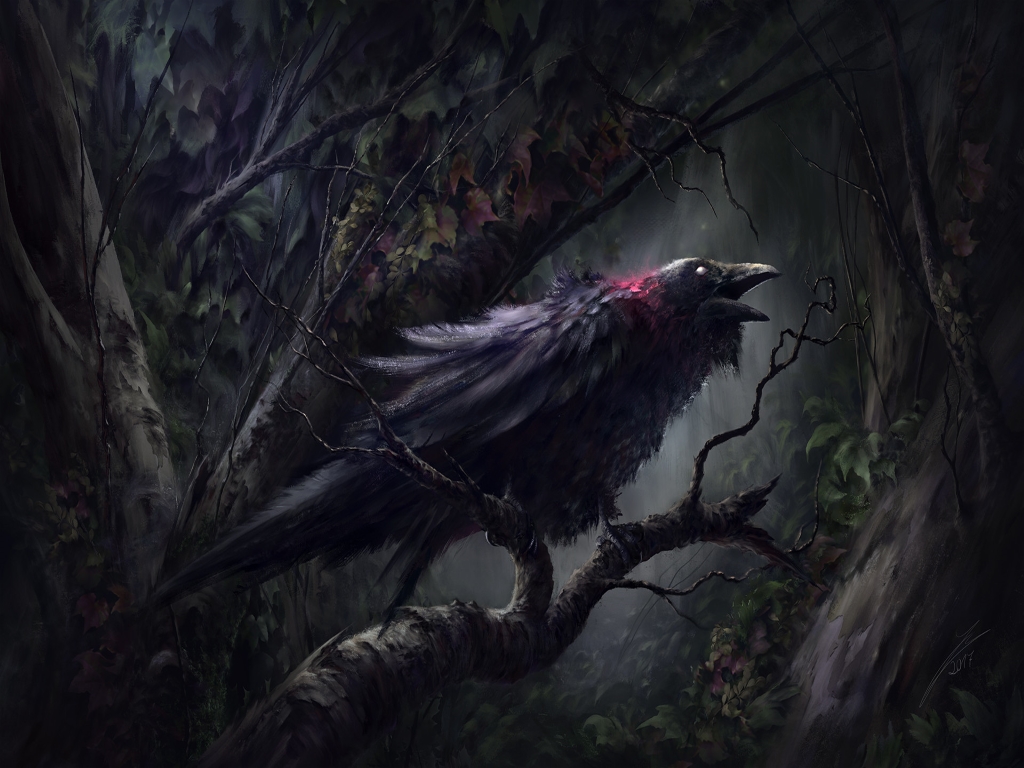 And the Wanderer came with a shiny and cold body
The flame of Tartarus burned in his eyes
He waved his bony hand -
and the incompetents of the sinful land howled
He sent a beam of incinerating light into the crowds of Babylon
And the lands were filled with the screams and gnashing of teeth, of those who do not know what they are doing
The hearts of the weak trembled from the tread of steel
And they saw the true punishment without love and hatred
The pig stables caught fire and the heavens were covered with the stench of sin
And then the wicked prayed: "Why are you punishing us, submissive and poor?!"

And the stranger said in a voice of steel: "He who has defiled the child entrusted to me will fall from all the pestilence of the Cain family, and there will be no salvation for anyone on earth or in heaven"
And another howling howl swept through the lands and forests
But a false stranger came out and said: "This is the child that you are nurturing, and I am no worse his parent than you are, and I was before your coming"
All two-legged cattle rushed into his skirts as if there was a True Salvation there,
But the True One said: "Faith is not measured in the course of time and not in a sea of drops, but your words are empty because there is no righteousness in them, but only one greed and rusting malice"
And He cast the false stranger into the abyss of fire and continued to incinerate the sinful and negligent seed.
And then the Lazy One appeared, defiling everything and everything with his word, but not the herald of Light and purification, and he said:
"I do not care about your quarrels-big and small, and I allow you to gnaw each other"
But the Wanderer cut off his sting: "If there is no concern for our quarrels, then why did you show your abomination to the world and it did not become the reptiles of the swamp to squirm at my feet"
And he cut the stupid and greedy creature in half. Let the hordes of the wicked devour it, for what has come out of the mud will return to the mud.
With them fell those who lived but did not live, because with the True Light they are not visible at all
The children of ugly idols are stubborn, but the time for Patience and Forgiveness has passed
For who will avenge the torment of the True Child?!
The idols of the wood were melted and now they are fresh and harmless water
The cleansing light will absorb all the filth of the insane
For who will extinguish the flame in His eyes? 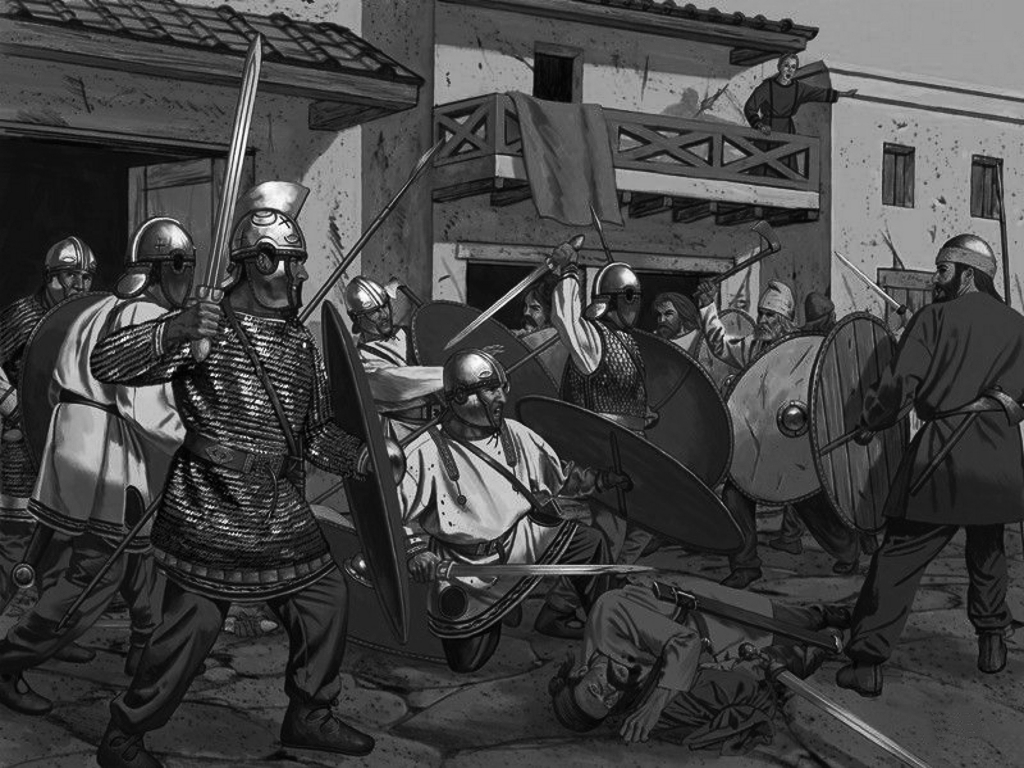 The storm is coming...

A horrific massacre.
The hordes will leave nothing but ruins behind.

A dying empire.
Rome is still standing, but the signs of decomposition are becoming stronger.

Ai resistance.
Whoever you start the campaign with, the AI will receive enhanced assistance.

Asymmetric warfare.
Resist the onslaught of the savage hordes for as long as you can!

Bloody fields
The brutality of battles goes to a new level

On the bones...
Build your state on the remains of a decrepit empire

May the gods protect you...

0:1 Models and textures of all factions have been replaced.
0:2 Added a lot of music tracks
0:3 All German factions have the ability to turn into a horde
0:4 The Roman Empire is now a single state.(The division took place in 395)
0:5 The Sassanids now have their own rebels
0:6 The Celts now have their own culture
0:7 Faction features depending on historical facts are introduced 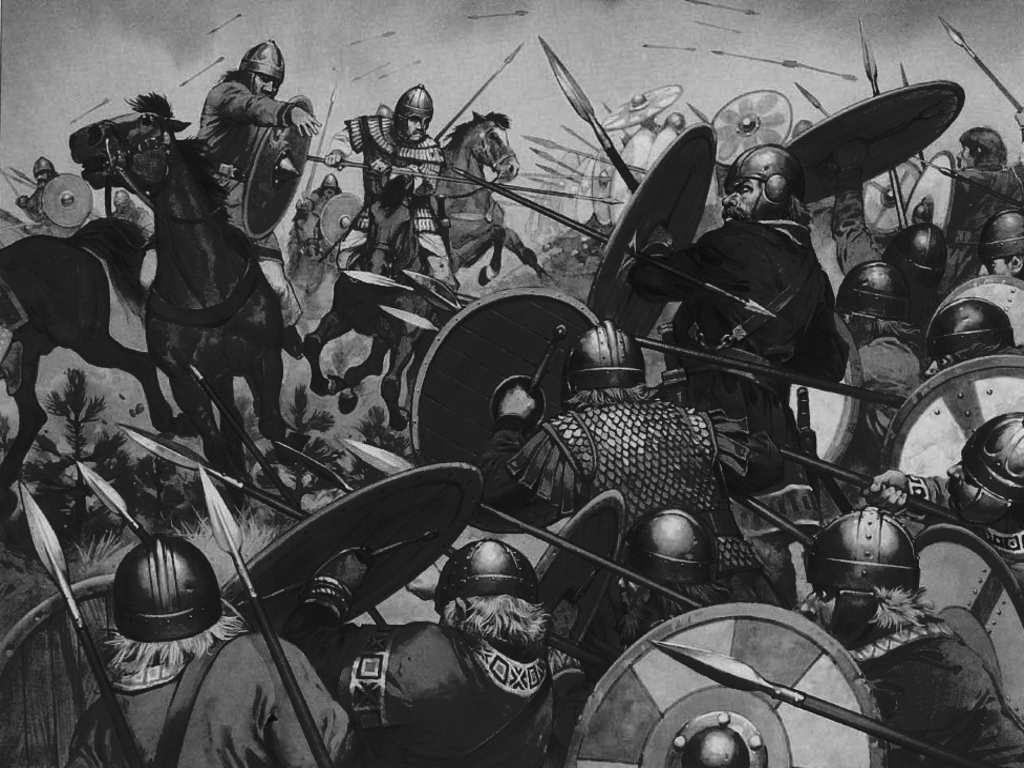 INSTALLATION
Download and unpack the contents of the folder to the RTW directory. Launch from the BI shortcut. In the properties of the shortcut, in the "object" line, write mod:SB - show_err. For more subtle settings of the screen resolution, open the preferences text file and set the maximum allowed values manually.

Warning
If there is a lag in the main menu, then delete the dump0000 file in the folder SB\DATA\MENU. Or update the video drivers.

Instructions for CD version game users:
Just put SB modfolder inside your RTW folder (you need unmodded RTW Gold) so the structure will look like Rome - Total War/SB/data etc. And then run Start Stormbringer.bat to launch the mod