Control your own flying castle. Take part in the campaign for the Order of the Screaming Griffin against the forces of the undead that have invaded your provinces. Try to penetrate the secrets of the world around you.

Hello, we are a small team of indie developers who have made a new turn-based strategy for you - Stones Keeper.

In this classic turn-based strategy game, you will control a flying castle and control elite warriors in the campaign for the Order of the Screaming Griffin!

The project has a free demo version on Steam:

Features
Control your own flying castle.
Take part in the campaign for the Order of the Screaming Griffin against the forces of the undead that have invaded your provinces.
Hire units, gain experience during battles, use it to distribute talent points and increase the level of your fighters.
Make alliances with other factions inhabiting your world.
Upgrade your castle and develop its systems.
Try to penetrate the secrets of the world around you.

Phase of the Global Map: 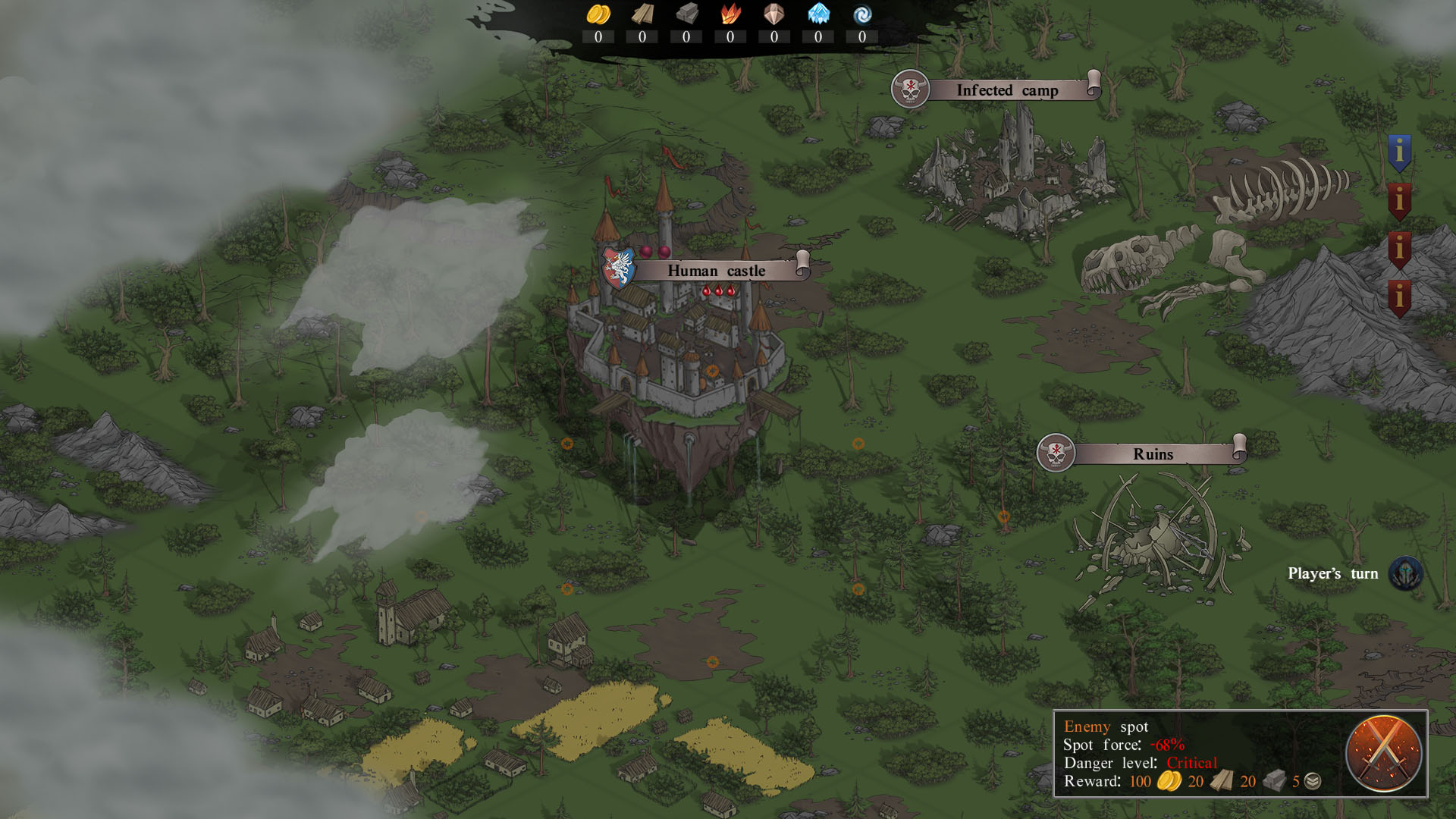 Lead your castle deep into the cursed lands. Explore every corner of your kingdom. Pay special attention to the ancient ruins that you will come across from time to time, perhaps they will help restore some of the lost technologies.
Save up resources to develop your castle and hire new warriors.

Development phase of the player's castle: 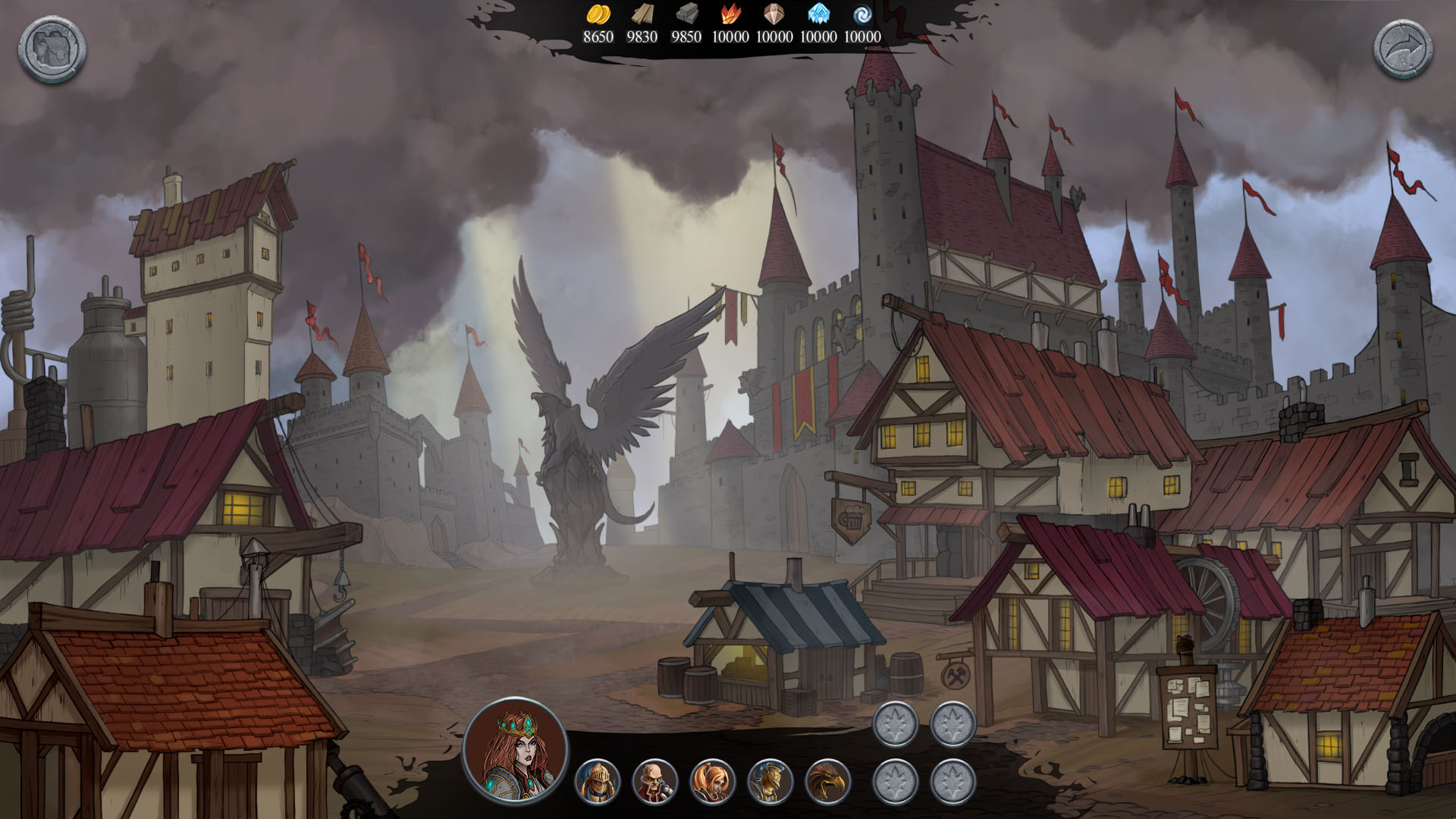 As you develop your castle, you will open up new opportunities for hiring mercenaries, equipping your warriors with weapons, armor and elixirs. You will also get the opportunity to improve and develop all the main systems of your castle, such as support systems for your units on the battlefield, defense systems and attack systems.

Phase of combat encounter on the local map: 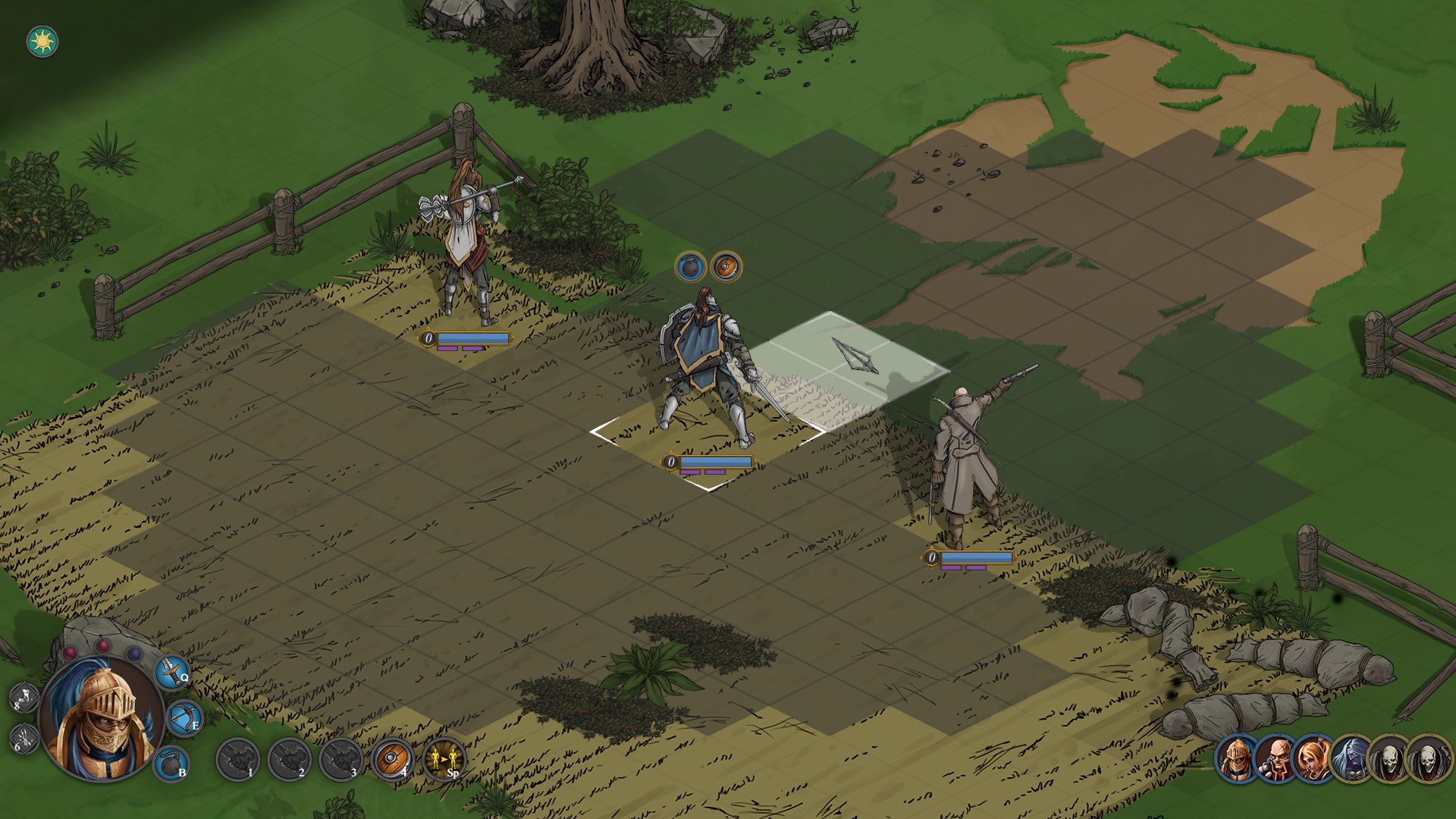 In this phase, you will directly control your warriors to suppress any type of resistance. Defend the churches of your order, accompany carriages with civilians, lay siege to castles, explore ancient ruins in search of the remains of information about the world.

The unit development system provides for a talent tree for each unit in the player's army: 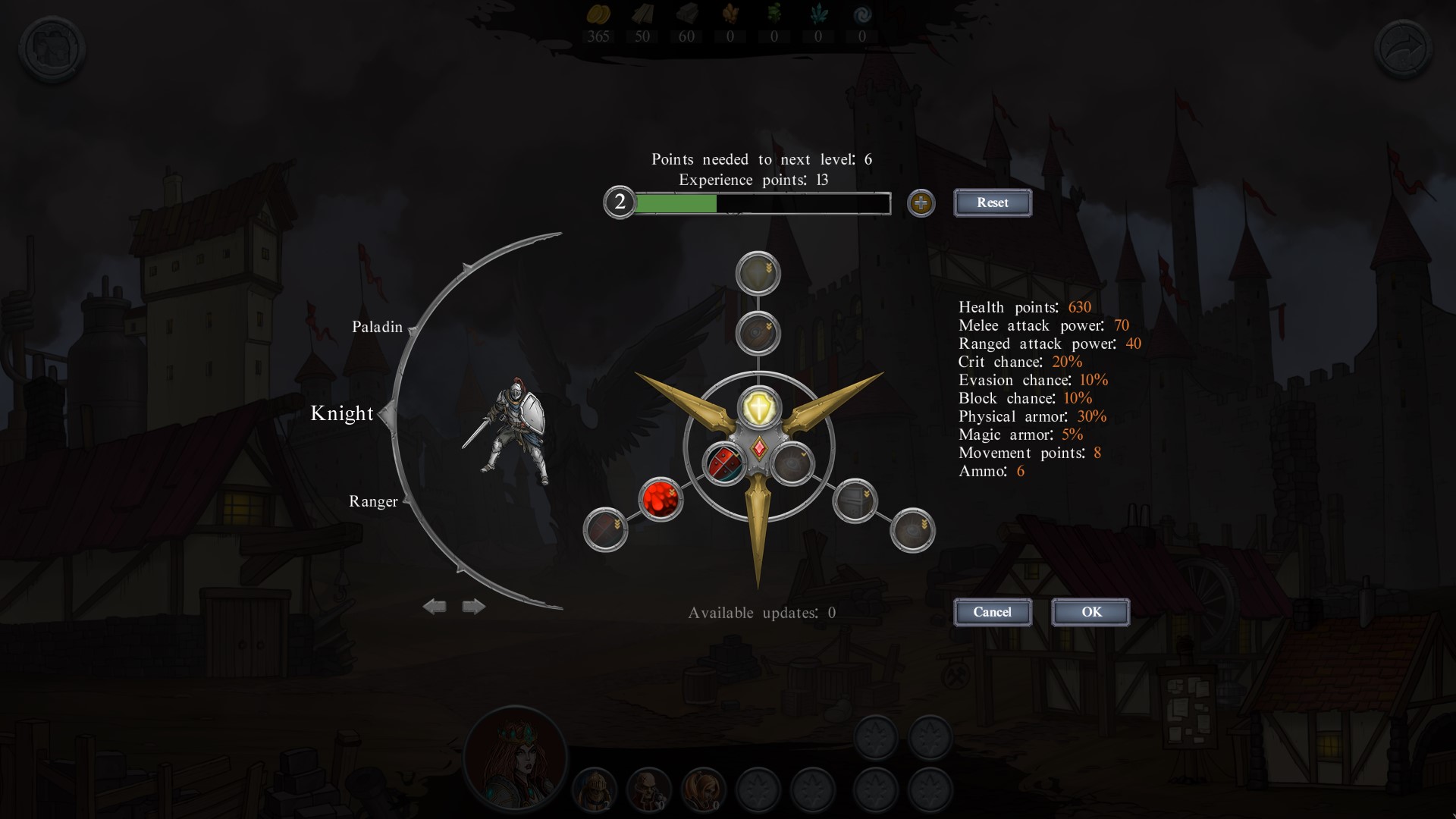 Games and universes that inspired us:
Age of Wonders series (TBS), World of Warcraft (MMO), Heroes of Might and Magic series (TBS), Warhammer Fantasy universe and many, many others.

You can also watch the full walkthrough of the demo version of the project at a high level of difficulty:

-Not bad idea with flying castle, many thanks.