Update: you can find the new build in the blog

Hello people! It's been a while since last time I wrote something here. I've been working on the project under the radar for some time but it's time to show some new stuff!

This is one of the big ones of the update. Took me a while, but it's working. This is the new crafting menu: 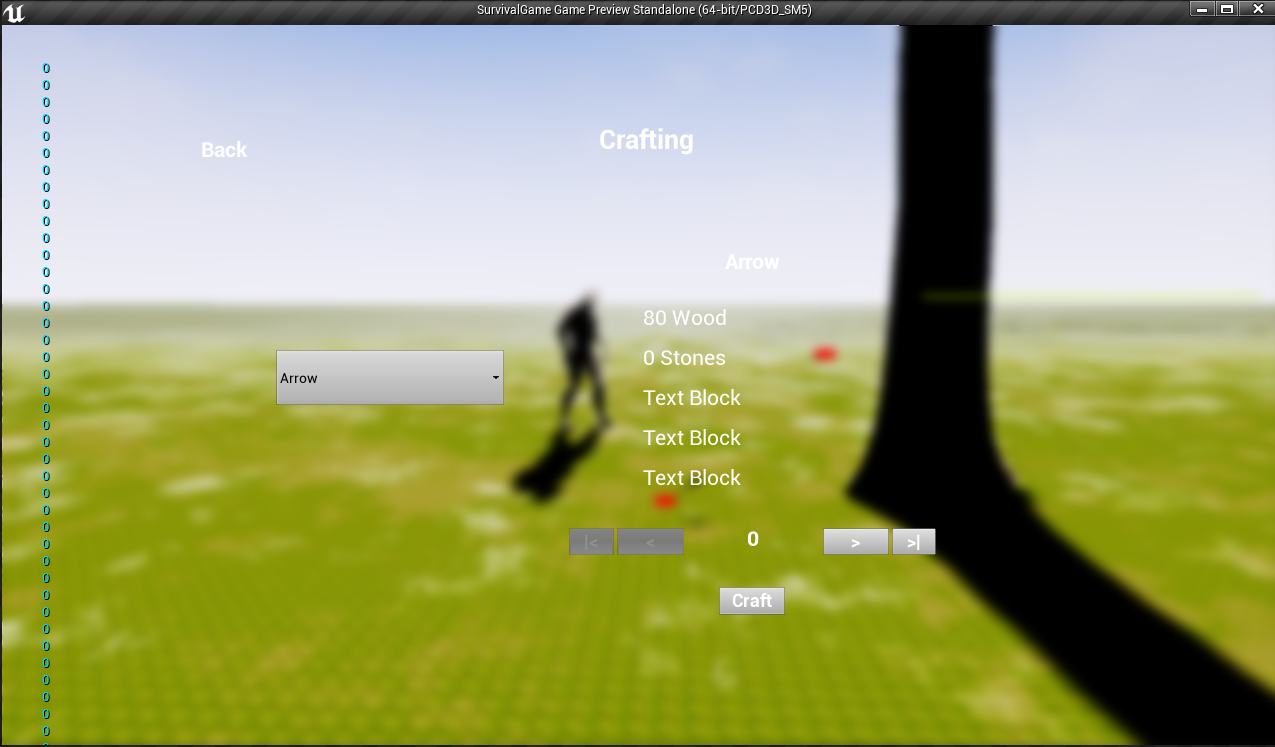 It's not finished yet (those "Text Block" shouldn't be there and the maximum button may cause crashes), but it's functional and look much better that the old provisional one. You can craft some stuff. It's still under development so there aren't much items and their requirements may be a bit strange, but I'll take care of that in the near future.

The old and reliable ones, they are cheap and useful. Right now you can shoot them with your mind (nice way to say that there are no animations) and depending the amount of time you hold the left mouse button, it'll affect it's velocity and distance traveled. They also stay in the point they hit. 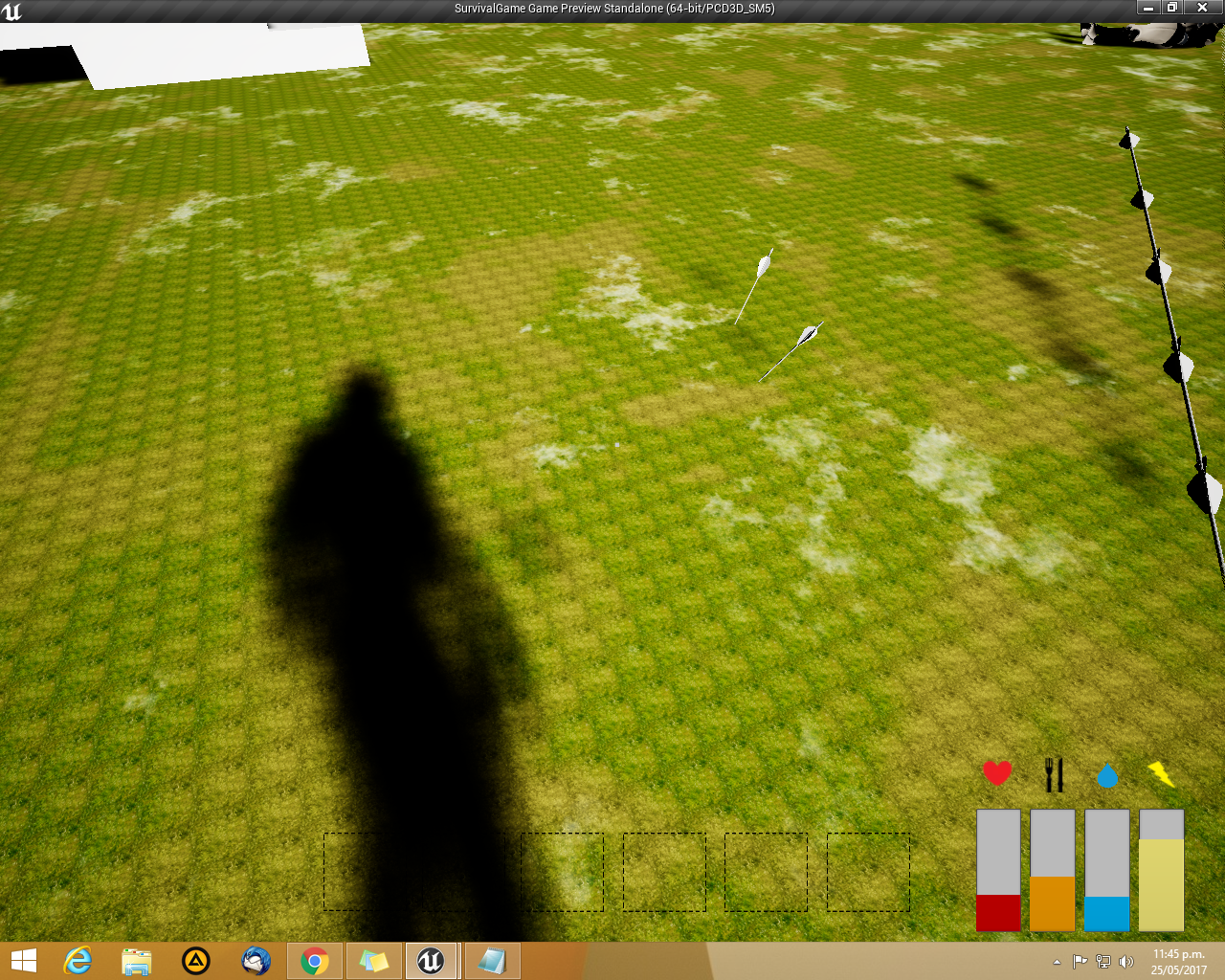 I don't recommend touching the sharp end as they can apply damage even after you shot them.

This one is part of some changes that started when I started working on the crafting system and the bow and arrows. When it's completed you will be able to use some items directly from there, instead of having to go to the inventory and using it from there.

Well this is a bit awkward for me as I've been releasing unplayable Dev Builds I think. I've been working with just 4GB of RAM on the game until a few days ago. When I updated the engine I wasn't able to load the main map so I thought it was because of the lack of RAM. Now that I have 12GB and the map still can't load, I realized that I exaggerated with the size of the map. So I'm working on a new one.

Finally you can select every resolution that your adapter says it can display with this new section in the options menu. 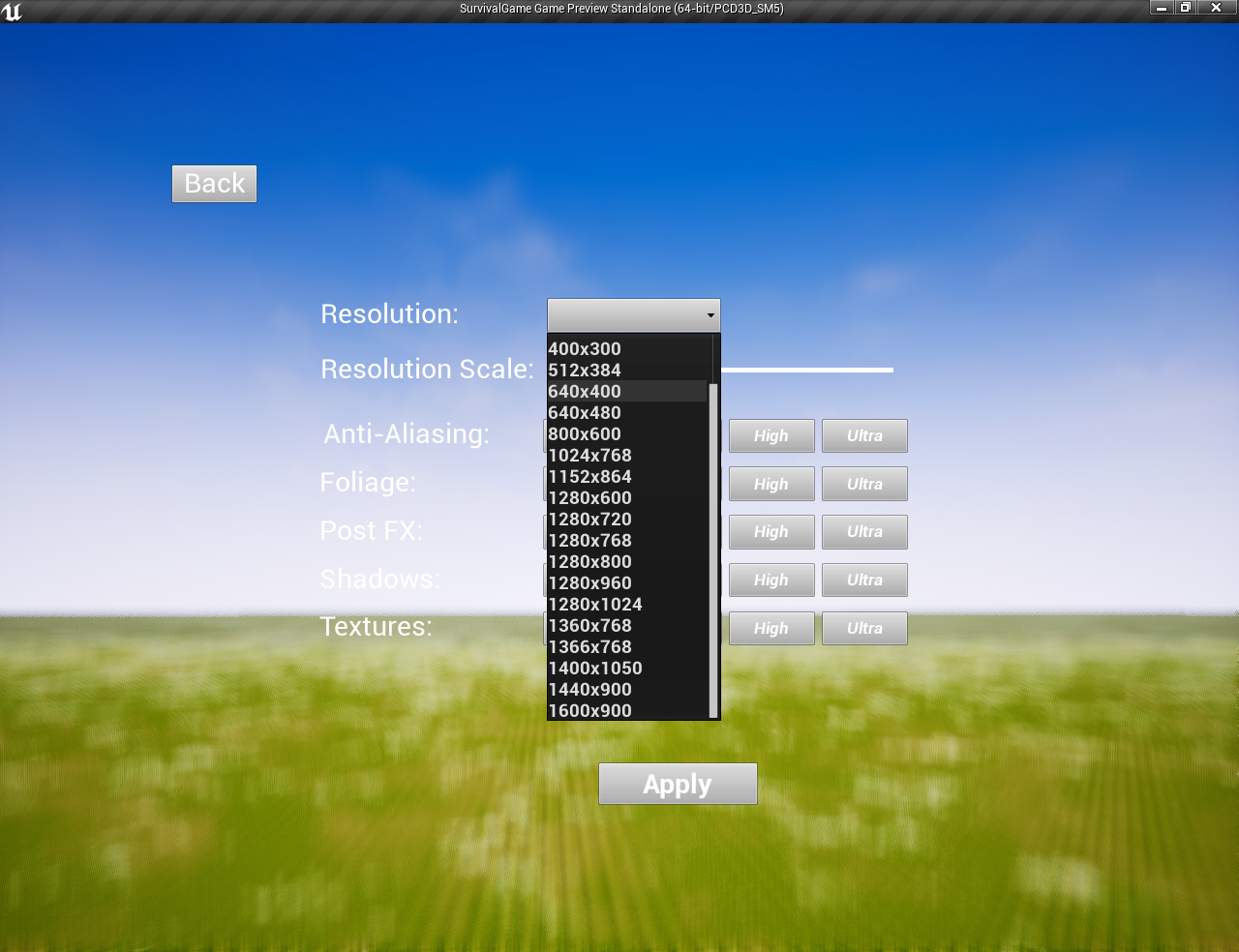 If you need more performance, want more pixels. or you just wanted more thing on that menu, there it is, to fulfill your need. Just like my options, probably you don't use some of them (never used that horrible 400x300) but your display adapter supports them so... Also I don't recommend going much lower that 1024x768 because it may cause some bugs with the UI.

I added it to the player. It gives me the change to override some default UE4 post process values, like color saturation, motion blur, depth of field, lens flares and stuff like that. As you may have noticed, I've been playing with some parameters. Being more precise, color balance. I gave the colors a little extra saturation and I think it looks better. I'll try to give some options about it in the options, but not in this build.

This is without the tweaks: 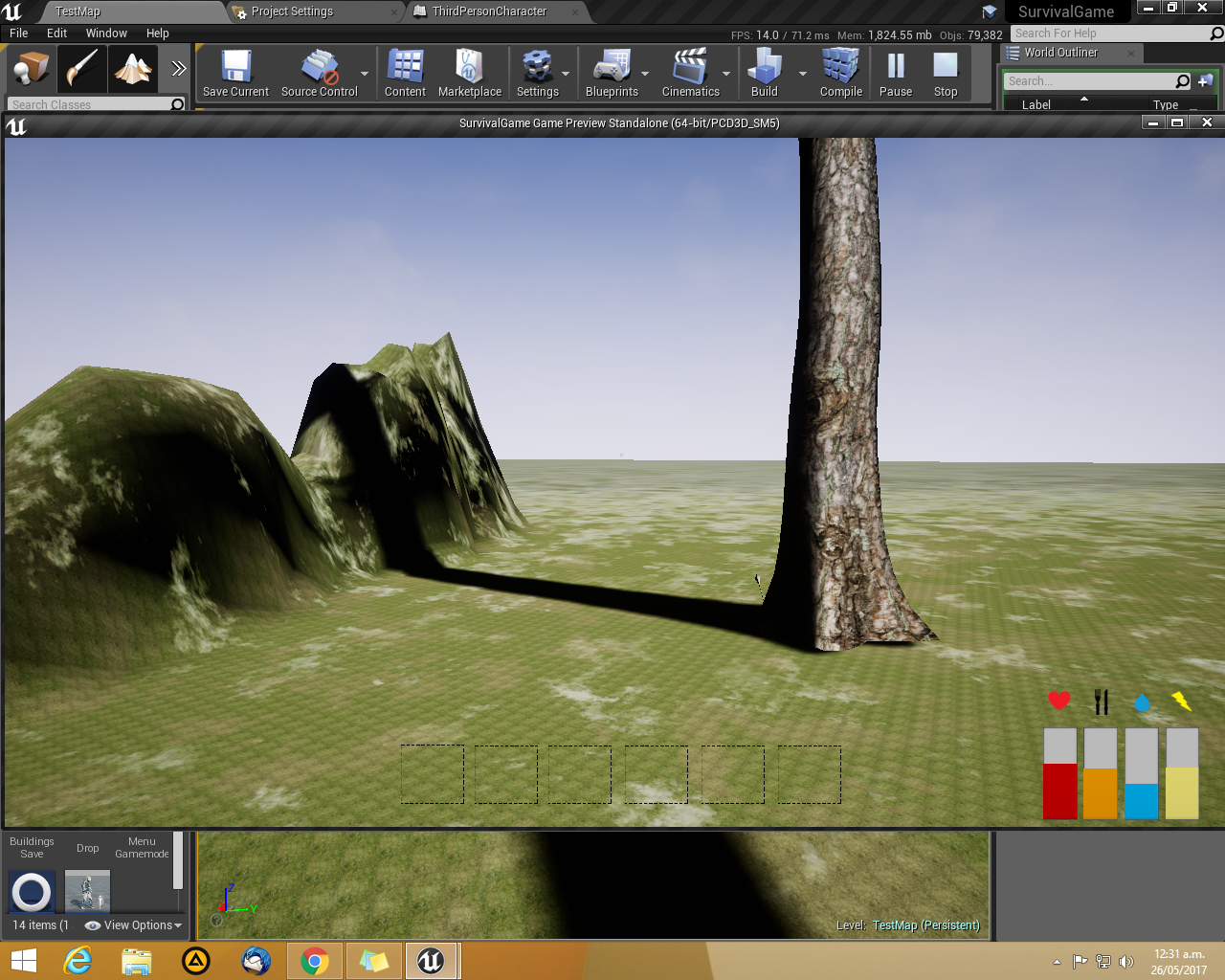 And this is with the tweaks: 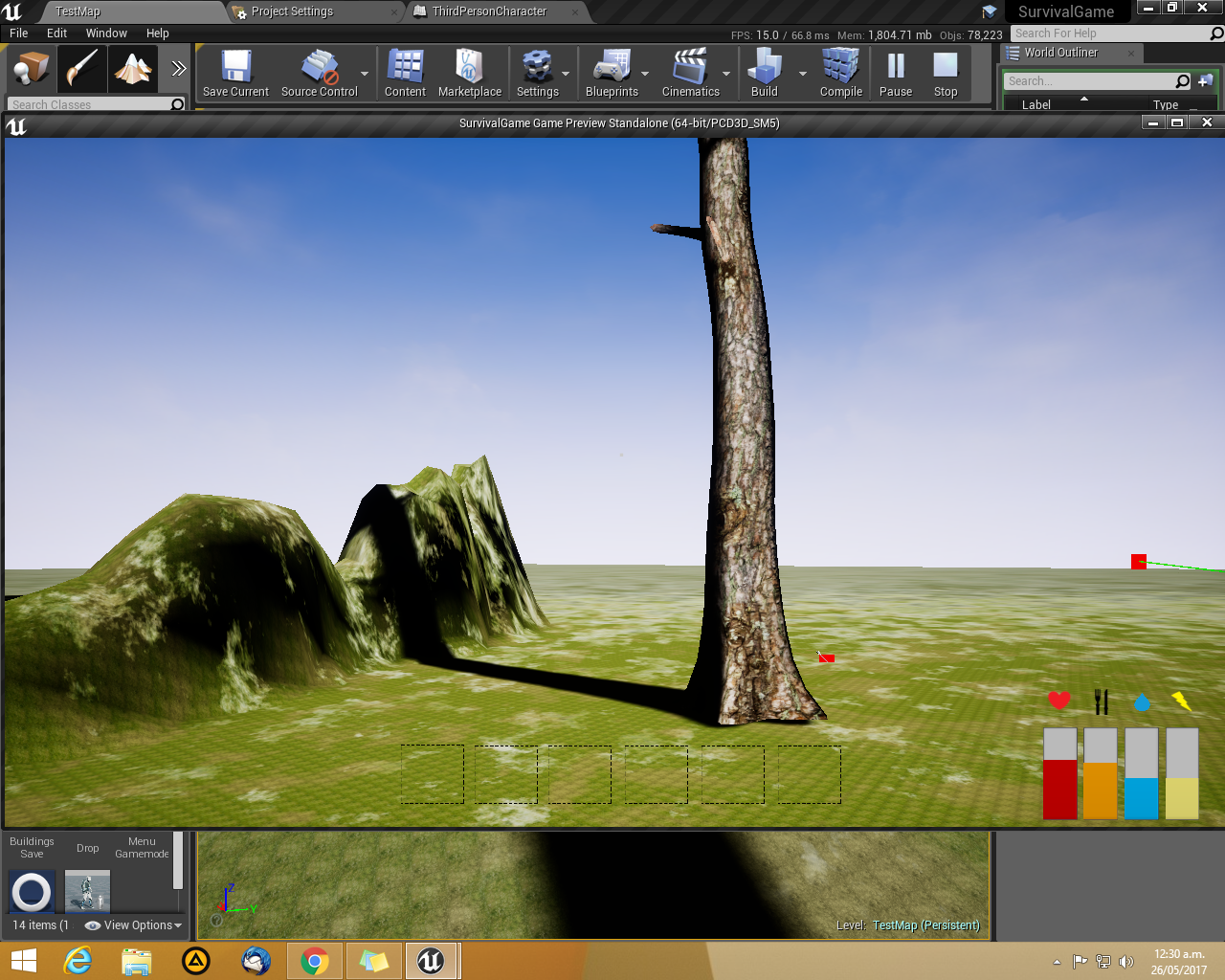 ...but not less important, I created a blog for my projects, where I'll make articles like this one for every update on every project. I'll keep updating here, but just adding links and pasting the release notes. If you want something more complete and (in my opinion) nicer you can click here, and check it out. Also, there's a Donate button in the bottom of the page, just in case you are feeling generous. 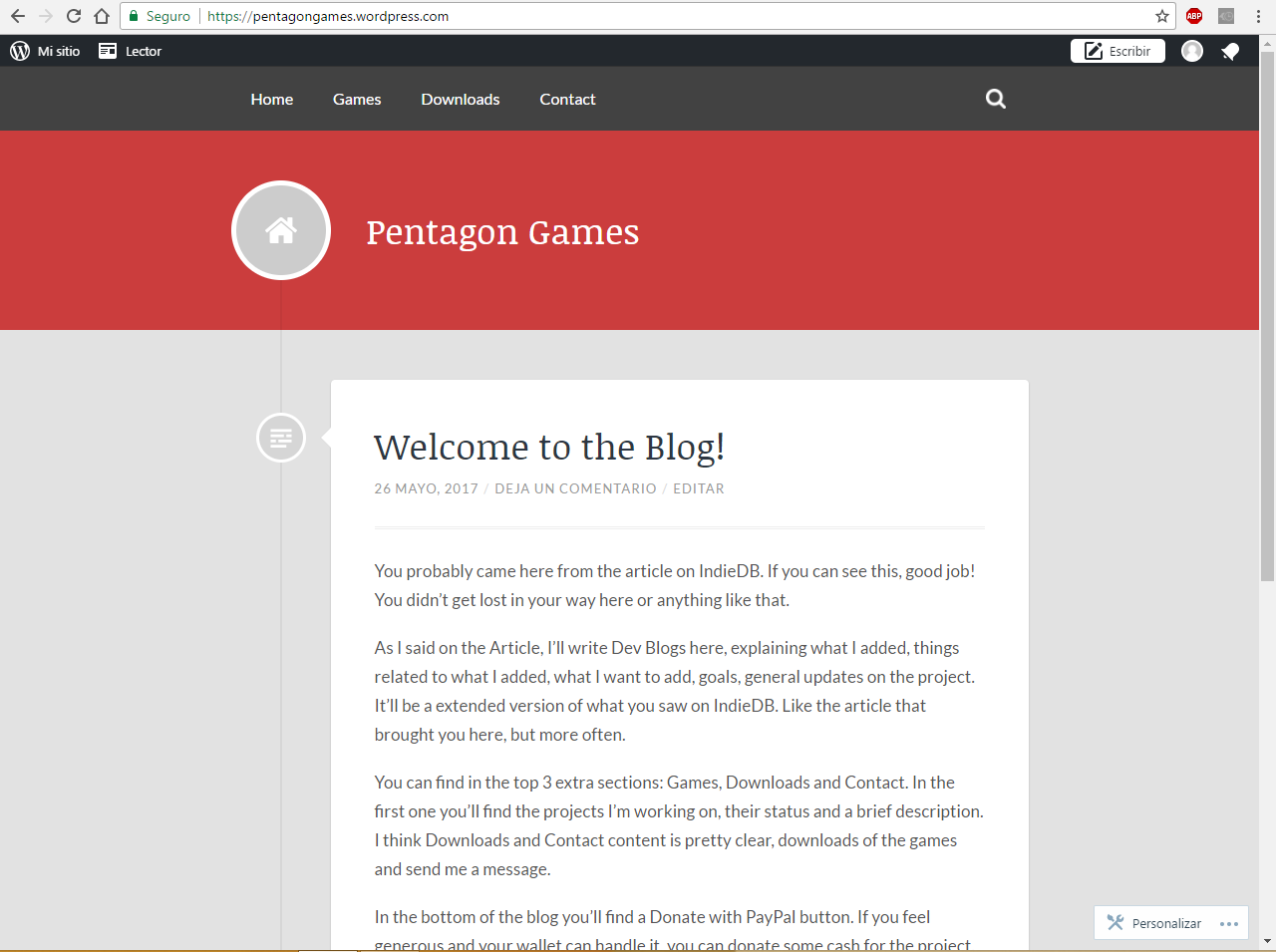 That's a quick view of how it's now. Hopefully it'll start to grow soon.

That's all for now guys! See you soon hopefully