A new update that will add new large-scale mechanic to the game. 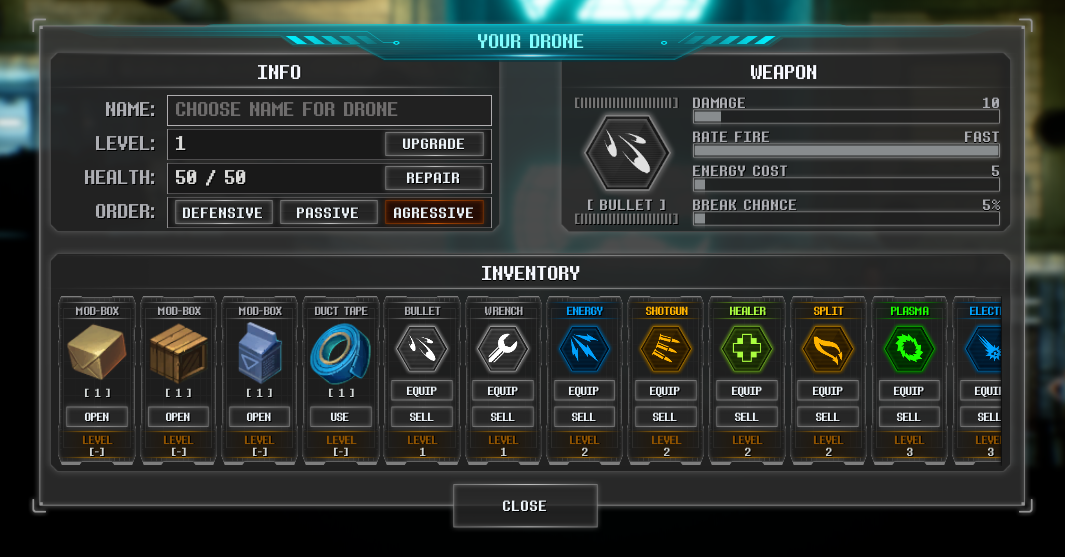 In short , the drone can be given orders that change its behavior style.
1. Aggressive - The drone is fast, and f*cks everything that moves.
2. Passive - The drone does absolutely nothing.
3. Defensive - The drone has an average speed when protecting the player from enemies.

Drone has a weapon module that can be changed to any found or made one. This module will change the main action of the drone. For example, initially, the drone has a "Bullet" module installed, which allows it to shoot bullets.
There are many of these modules. And some, for example, makes it possible to treat the player, which makes the drone not a combat vehicle, but a medic. Or, there is a repair module, if you do not want to spend resources on repairing the drone - just put it a repair module, and it will spend time on its repair instead of fighting.
Well, in general, and so on. There are also a lot of combat modules - missiles, plasma, etc.

Oh, yes, the most interesting thing. In the screenshot, the boxes are visible in the drone's inventory. This is a module-boxes. Opening them, the drone gets a random module in the inventory that is suitable for it in terms of level. In short, this is an add-on. interest - to open the boxes and get random modules)

In general, as I wanted. This is really just a whole separate feature and large-scale mechanic :)