Details for the release of version 1.1, as well as a quick rundown of what it includes.

Before getting to the release schedule, as some of you may be aware, we recently were voted as one of the Top 100 mods in the Mod of the Year event held by Mod Database. We'd like to thank everyone who supported the mod by voting, we all appreciate it. I also want to take a minute to plug Farseer's new mod, Halo: Campaign Commander. He's been helping us out with ThrRev, and some of us have been helping him out with his content for that, so go check it out, it's pretty awesome so far. 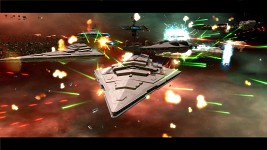 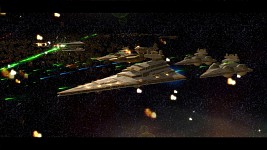 For the release of version 1.1, we're going to follow a similar schedule to the release of 1.0. The final beta made its way to the testers on the 14th of this month, so it will stay with them for about a week, following which it will be released as a closed beta on our forums in the Members section. It will probably stay as a closed beta until around the 4th of January, after that the mod will be released to the full public. If we feel like any stage of this requires more time, we will not hesitate to delay it; we'd rather put out a quality mod than be a few days early. The full mod is about 1 gigabytes when packed, and 3.15 unpacked.

Just to remind people of the general changes in this version, here they are:
Fixes & Changes:
-Planet credit and population values adjusted
-Many redone icons
-AI for Skirmish and GC fixed
-Executor power and health adjusted
-Ground map fixes
-All space maps redone with new skydomes and planet textures
-Other small changes 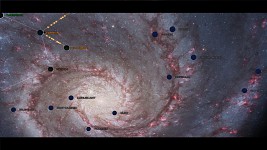 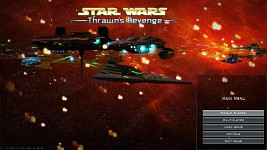 Also, we're going to need another skinner for future versions, so anyone interested in the position please email me at ThrawnsRevenge@gmail.com

What kind of population changes o.O

The additional population values for capturing planets has been reduced. It was way too high before, and that contributed to other issues with the AI.

Great. I liked the first one a lot so I'm stoked about this one.

Looks pretty good, but it seems (when i looked at the unit list) that they need a few more land units. Or is there already more?

never mind, i didnt see the other news posts, sorry :)