Last December, we announced that we were starting voiceover recording at full speed. Today, half a year later, we are proud to announce that the main stage of recording process has been completed!

Last December, we announced that we were starting voiceover recording at full speed. Today, half a year later, we are proud to announce that the main stage of recording process has been completed!

What does this mean? At this point, we have already recorded over 95% of all dialogues that will appear in the game. The remaining dialogues will be recorded in the coming weeks, during so-called "overtime" and "correction" sessions. The largest of these sessions will be conducted with Michał Klawiter only after all the other characters have been recorded.

The first dialogue files have just been delivered to the sound engineers, and the painstaking process of mixing and mastering has begun. All this was done so that the artistry of the actors, who had been working hard for months, could be presented in its full glory. Due to the gigantic number of lines of dialogue, the processing and implementation will probably take a few more months and will be a direct determinant of the final release date.

And what will we be doing for that time? Testing, testing and more testing. The next few months will be the most intensive testing so far. Both in terms of the functioning of the game, as well as the balance of gameplay. We want the product, which will be delivered to you, to be perfect in every aspect.

At the very end we have one more piece of very good news - something that many of you have been asking us about since December...

Chronicles of Myrtana will also be available on GOG.com on the day of the release. It will be available to all owners of Gothic II Night of the Raven: Gog.com

Look out for the ship on the horizon, it won't be long before we all meet on Archolos... 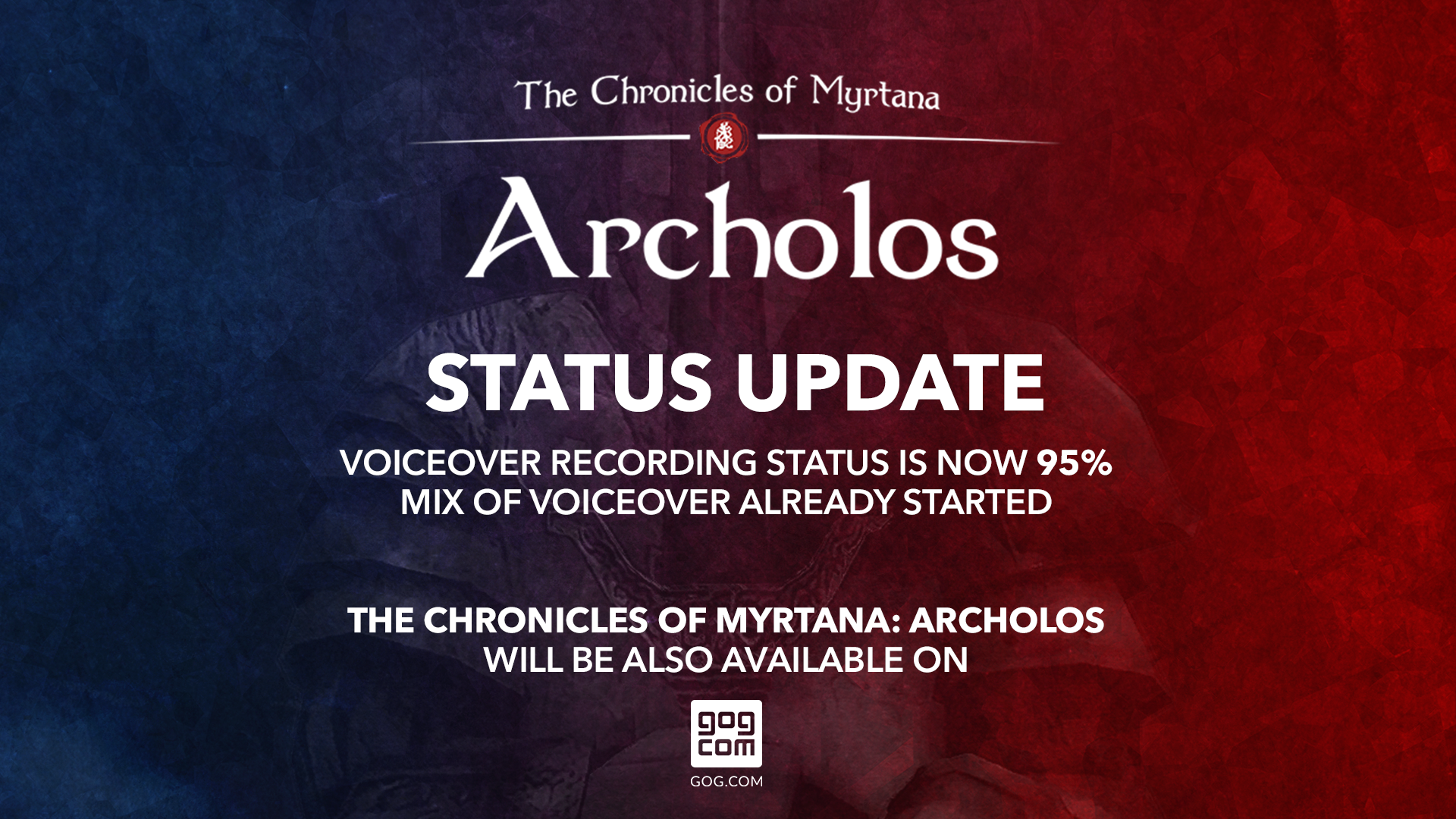 I can already see all those error reports everywhere (on GOG forums too) because of Galaxy, Union, Ikarus, LeGo, Ninja, and/or Spine random incompatibilities created by the end users themselves. xD

(Though I hope nothing critical, because I want to see the installer in action and learn from it for my own future Gothic installer endeavors, hehe.)

P.S. Also, I'm supposed to eat a hat if CoM would release this year... so, please, do not be in a hurry.