General update on what's been going on, and the future of the mod.

It's been a little while since the last update, Elratie did post some beautiful renders of the Dreadnaught. But I've been fairly quiet, and I owe an explanation.

While I have been quite busy with real life stuff, the main reason for my lack of updates it from my storage Hard Drive failing. Once it failed I lost everything, including a lot of my assets and progress.

While highly aggravating (Almost a year and a half of work is gone), there's no need to fear. I've got my tools setup, and I've begun the effort of rebuilding.

So with help from Burnstrobe, and X2, I've begun to rebuild.

What's nice with this, is I get to start over. That might sound odd, but when I first started out, I had zero experience. The files were a complete mess, many things were unorganized, and unused, and the XML code was awful to dig through.

And with that, I've also decided to take a bit of a direction change in development.

Previously, I decided to have the base mod, and a sub mod. With the base being TCW style, and the sub mod being movie style. However, with the release of BF 2017, I've decided to focus on a movie style using the DICE Clone Trooper. I might go back and do a TCW sub mod, the ability to have a rigged infantry unit right of the bat is awesome.

Another part of the direction change is with how infantry will be done. Before, I decided to have single unit squads. Which is awesome in theory, it just won't work with using the high poly DICE Clone Trooper. It's a bit of a trade off I suppose.

So I've picked up a lot of skills since starting out, but I always could use more help. If you'd be interested in lending a hand, the biggest things I need right now are maps, and particle effects. If you've already got preexisting maps or particles, please let me know if I could use them.

I'm not empty handed in this either, like I said, X2 and Burn helped me back up. And I've been rather busy.

First, remember when I said I was using the DICE Clone? I meant it, though not it the original state. I've done heavy editing to it to reduce the total polygons. 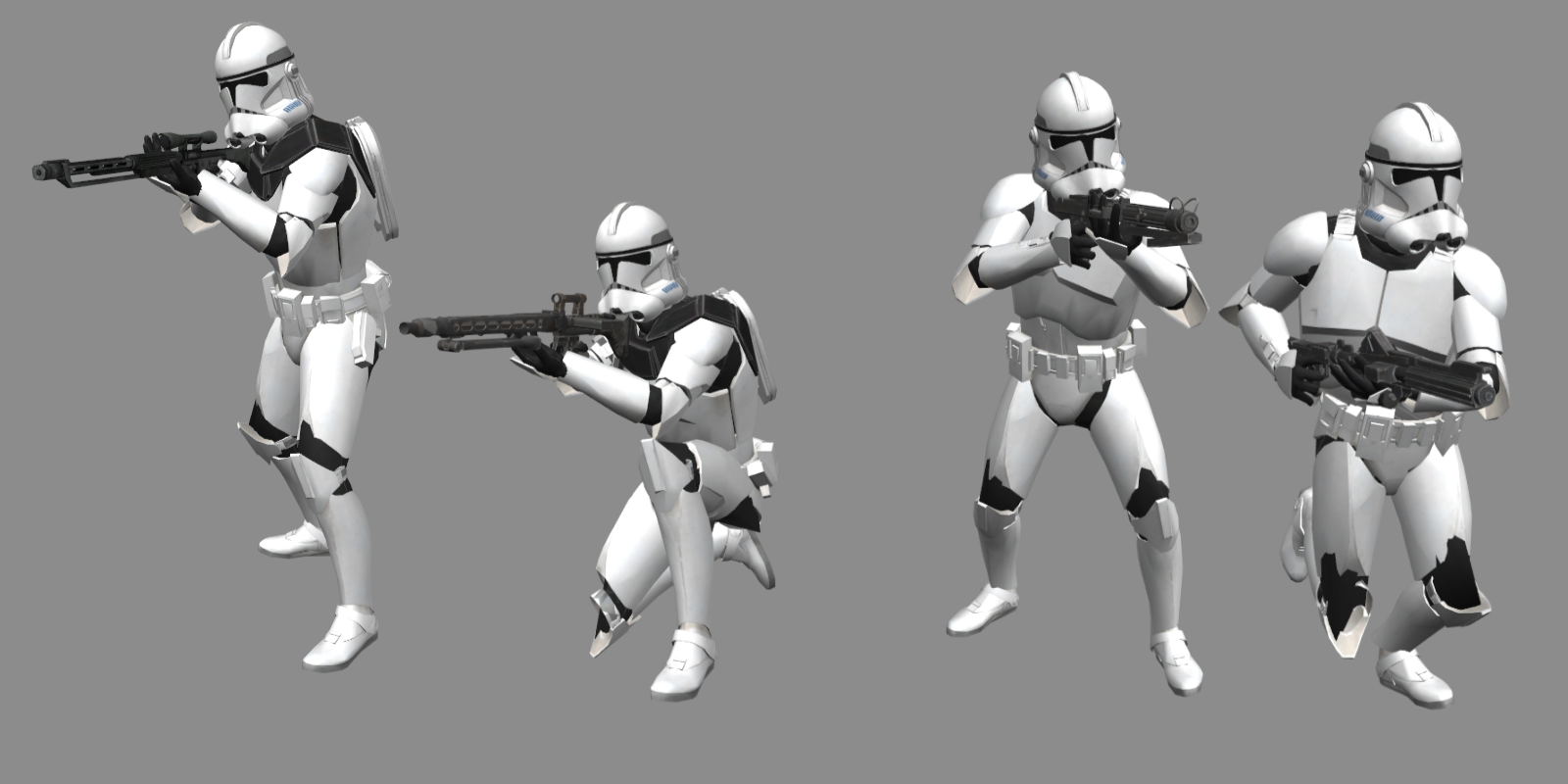 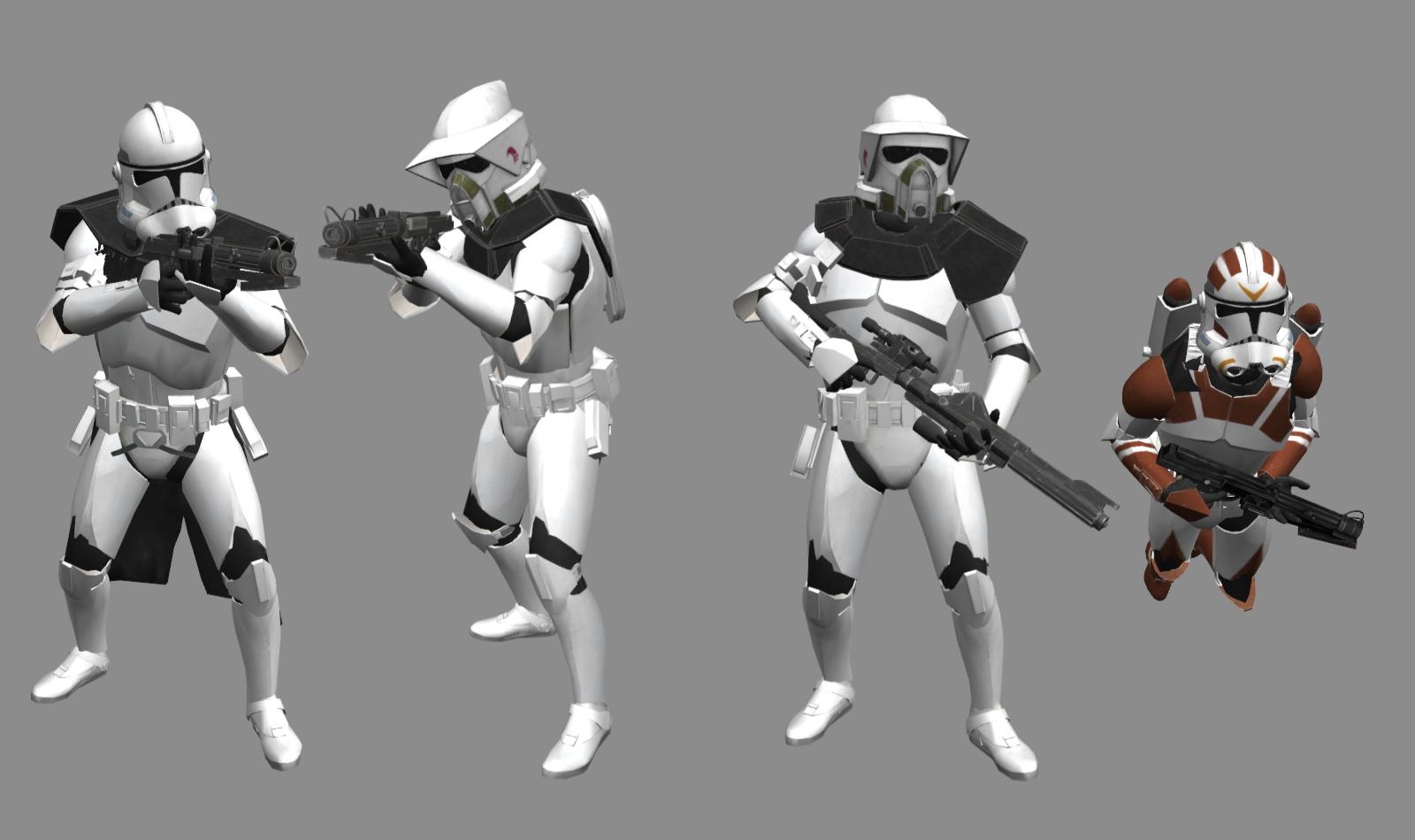 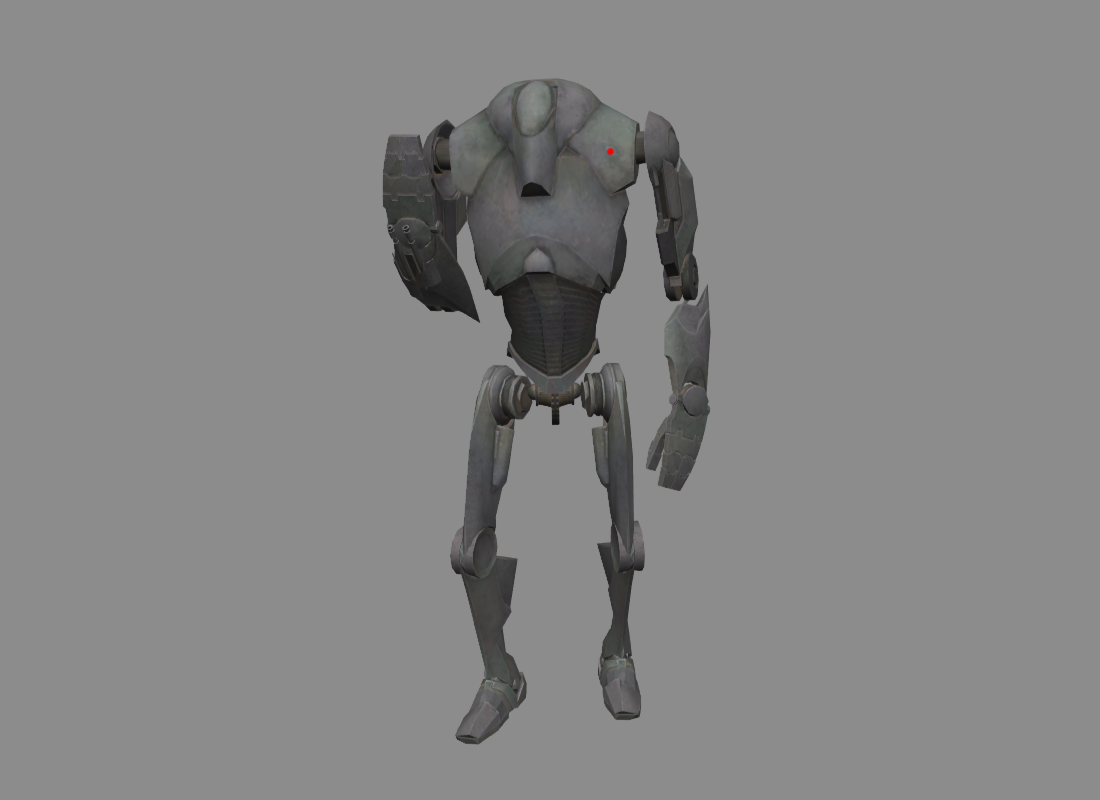 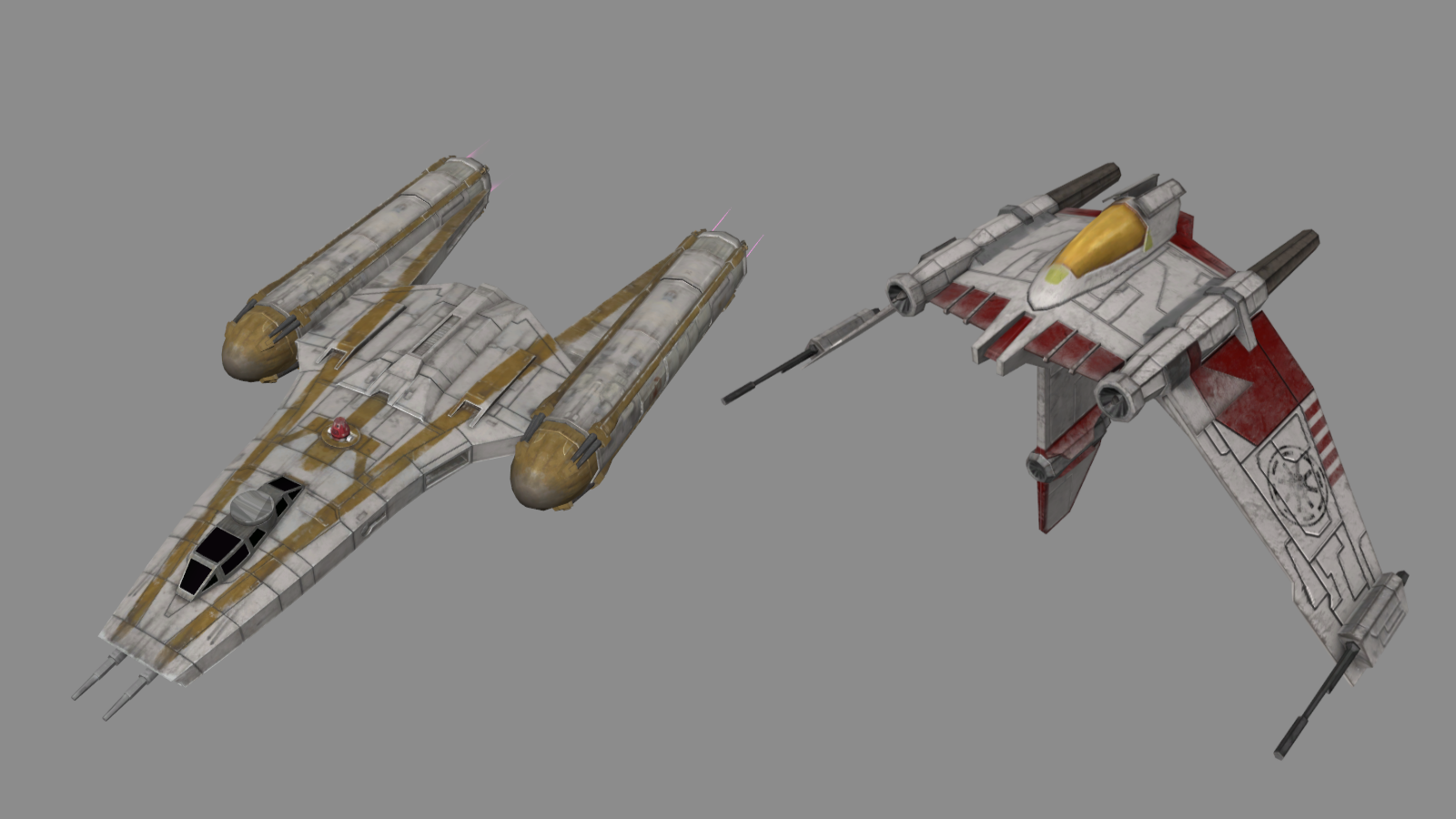 Agreed I am not really a fan of the clone wars show .

Thanks guys, though I'm probably going to use TCW VOs. There are just so many more compared to movie VOs.

Are you still going to have Kallus and the Imperial Super Commandos in the mod? I've been looking forward to those so much.

Yes, the Republic to Imperial transition is still planned. I might use different models, but they're stating.

ah so unfortunate, me too i had to re-build a few times my projects. I'm glad you're back :) Best of luck

May i ask what is the second sniper rifle mesh? It looks like it has some parts borrowed from Dice's DLT-19, the scope is confusing me.

That sucks, and thanks.

Did you lose all your ships and textures? Good luck man and it does make for much better organization the next time around. Don’t know how many times I restart a personal mod from scratch because it just didn’t turn out how I like it.

Sadly, yes. Everything I did is lost, but I can recover the ships that Doci or Elratie did.

Pity about the hard drive loss. Nevertheless, you have our support! I foresee great things coming from this partnership, and can't wait to see what develops.

I would say the movie style is a better choice anyway. Regarding the VO work, I would say try not to use so much from TCW. Battlefront II (EA) looks great but the TCW voices ruin it for me. That voice over work doesn't suit the realistic appearance IMO.

I'm glad that your going with the movie design for the units,personally I have always preferred Movie Clone Troopers

So it's going to be a while before we get an update? :(

I'm hoping it won't take as long to get back to where I was, but yeah, it'll be some time.

so, what ships do you still have? do you have the Corellian Destroyere and the preator 1? and what about all of the imperial ships you've made?
Also, what are you planning to change in the new version? are you going to keep the republic fleet idea?

Anything Doci and Elratie did, I have. I lost everything else, but Nkorn did let me use ships from his mod.

I still plan to have Open Circle Fleet ships.

Thanks, just gotta push forward, and make the best of it.

I lost everything from the mod, and all other data I had. So about 2 TB.

Hello. I was wondering if I could borrow your General Grievous model for a Mod I'm making? Thanks~

Sorry, the Grievous I had rigged was lost on the drive

Not now, but I will later on

Hoping your still working on this amazing mod, even from that setback.

What is the progress on the new version you're working on?

I'm extremely excited for this mod.