The Old Republic project is now in full swing! Contact myself, or Seymour2012, the project leader, if you want to help this endeavor. The Alliance has had a research overhaul, focusing on non-military culture, intelligence, and entrenching themselves.


As mentioned awhile ago, back in the past dev diary, it was mentioned that a team was being formed to produce a mod that covers the Old Republic era. It is my pleasure to announce that these plans are now in motion, with work having begun on this project. vader111 has been hard at work rigging a number of our initial slew of models, such as the Interdictor (Leviathan), Centurion, and the Hammerhead. 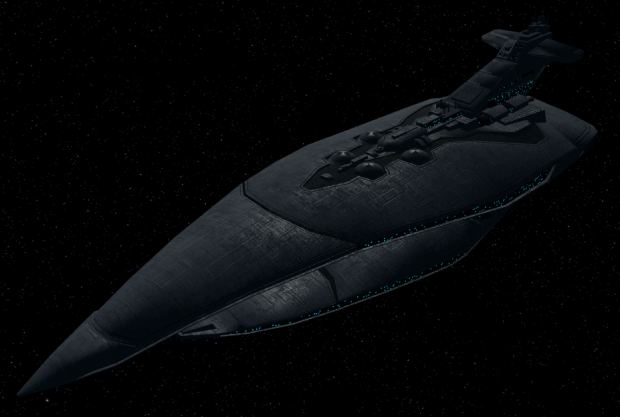 Further the initial planning and coding of the two primary factions; the Galactic Republic and the Sith Empire. When it comes to units and technological progression, at this time I can say that it is highly probable that the factions will take elements from both KotOR and TOR; the precise mechanics are being worked on at the moment.

However, we cannot do this alone! Your assistance is needed for this project to ultimately bare fruit. Coders, unit riggers, modellers, skinners, and UI artists, of all skill levels, are amongst the skill set that we need. If you wish to aid us in this endeavor, please contact Crist Seymour, the project's leader, or myself, for more details.

In addition, I will note that, according to plans at this time, the Old Republic factions will in fact be compatible with SoGE proper, even though the Old Republic factions will not be balanced with reference to regular SoGE factions. This means one could do a face off of the Sith Empire versus the Galactic Empire, though the ISD might very well find an equal in the Sith's fleet, or even find itself weaker than it's opponent.


While there haven't been a large number of changes since the last version, which was one of the biggest overhauls in the mod's history, a few tweaks and additions have been made since then. The most notable change in the interim has been the overhaul of the Alliance's civilian and defense research trees. As we are all aware, the Alliance did not win the Galactic Civil War through an open and direct confrontation with the Empire; that would have been suicide. Indeed, it was mainly fought through a variety of asymmetrical and propaganda warfare.

Fortunately, Sins has a couple of mechanics that can be used for this purpose, and a flexible buff system that can be used to create new mechanics for players to use. One that people are familiar with, that is already ingame, is culture, and specifically seeing whatever planets are under your culture's influence. The Rebellion will be getting much stronger culture, with spread rates rivaling the Republic's. However, instead of getting military bonuses for fighting in their culture, Alliance culture will cause production debuffs and additional allegiance loss to the enemy planets affected by Rebel propaganda and sympathizers.

Another aspect of the alliance that will be expanded on is intelligence. as alluded to by the research tech named Bothan Spynet, the Rebellion had a vast network of informants and sympathizers around the galaxy, in addition to assistance from some organizations. To that end, the Alliance's Assault Frigate Mk.II has been retooled into an intelligence vessel, giving it a use and purpose. It will have the ability to deploy listening posts, special space mine structures which reveal the gravity well they are placed in, and for a cost, can open an illicit HoloNet connection to allow an Alliance fleet to strike the planet directly. The ship will also be able to detect any enemies jumping to the gravity well it is stationed in, and has the ability to mask itself by scrambling enemy sensors, allowing it to scout and monitor the enemy with ease. 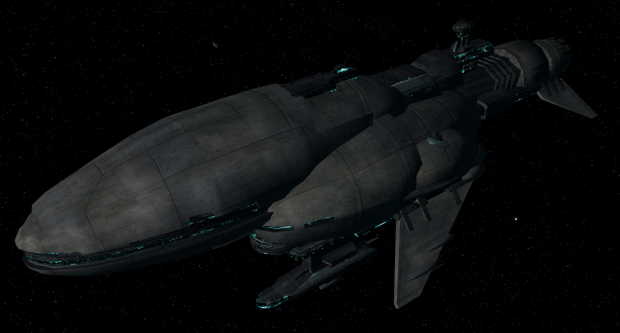 Even with this, that is not everything that is new regarding the Rebel scum. They also will be able to fortify their planets more easily, due to being able to acquire defenses for cheaper, and more of them atop that. This however comes with a cost. Owing to the need for secrecy, the lack of clearly established territory, laws, and in some areas leadership, the Alliance's economy is the weakest of all six factions. Use your intelligence, entrenchment, and Mon Calamari durability wisely.

One other notable change that has occurred in the interim has been a reworking of Discord Missiles, also known as buzz droids, based on a suggestion by RustyNinja. One of the most powerful tools in the CIS arsenal, it has been adjusted to not be as overwhelming as it currently is. For engine and weapon debuffs, rather than being a flat out disabling, they now cause weapon cooldown and engine speed/acceleration debuffs, which both stack indefinitely. This has a very similar effect, though now individual ships are not absolutely locked down. In addition, as these are now percentage based debuffs, Supercaps are now affected by Discord Missiles, however they will suffer from a much lesser debuff than capital ships and frigates, and have a stacking limit.


Something that I haven't given enough attention to is the number of Let's Play videos that have been put out for SoGE. That said, let's watch a few of them, shall we?

To start we have a new game started by fellow Sins modder, Gul Dukat! This isn't his first video either, here's his previous incarnation as an Imperial officer.

Next we have a multiplayer match featuring CaptainShack, Gul Dukat, and hijinks ensure. Here's part 2 and part 3, respectfully.

Last up we have MasterofRoflness with a game as the Empire, and also functioning as a walkthrough of this faction.

One word sums up my excitement for the Old Republic side of things :Harrowers

Could not agree more my friend. Spam all the Harrowers!

I have to say I'm quite partial to them myself!

I love this mod, only problem is that in large fleet battles, you have to zoom out so much that you can never see the actual fighting, only the icons. The ships seem so small and there the weapon ranges are huge, even with the reduced weapon range mod, compared to, say Sacrifice of Angels.

SoA2 is a bad comparison as that mod uses dynamic movement, which in addition to Star Trek canon, necessitates the need for close quarters combat. While I can understand the disappointment of the scale of SoGE's ships, it's a very divisive issue, with people both liking and disliking the mod's scale.

A good mod to compare SoGE to in terms of ranges and scale is Sins of the Prophets, whose ships have similar scaling and ranges with reference to SoGE.

Its awesome we are finally getting an old republic and sith empire in a sins mod! I remember how you kept saying you didn't want to do it because the technology difference in canon and the old era ships would stand no chance against the new ones. That may be true, but thank you for balancing them anyway.

Yeah, the issue was if TOR races were balanced with reference to the existing factions. However, if the TOR factions are balanced only with reference to each other, as will the the case, then there isn't an issue. As mentioned in the news post, the KotOR/TOR mod will stand on it's own, even if it will be compatible with vanilla SoGE.

You could ask the guy who worked on the Old Republic at War mod for Empire at War for research notes. I know it is different mods, but it is a very solid mod he worked on.

-If you already asked him, then this is old news :D
Moddb.com

I have enjoyed playing this mod quite a bit and i cant give enough props to the team on the sheer level of ship quality is matched by nothing outside the movies and homeworld 2 themselves so I tip my hat to you. I would like to see larger ships or shorter ranges, the space battles to see whats going on i have to zoom so far out its just icons and the icon star wars battles goes out the window. when i do zoom in far enough to see my ships shooting at the enemy they are clip-art far off in the distance again removing the epic battle feel.

also when the map has more than one star zooming out and seeing where the other star systems [among a sea of stars] can be a pain in navigation.