Post news RSS State of the mod May 6th

An update on the state of the mod from new ships to fixes of before.

Its been a while since I posted an update, so I thought now would be the right time.
Ever since the last update I've been remaking the scripts from the mod from scratch, the results was completely worth the effort. All bugs have been squashed and removed.

The Federation faction is pretty much complete complete with faction specific music and nice little details, it still needs a titan but the faction is more complete than it was in the previous edition. The Klingons are now also back in production with the first ships being added today. 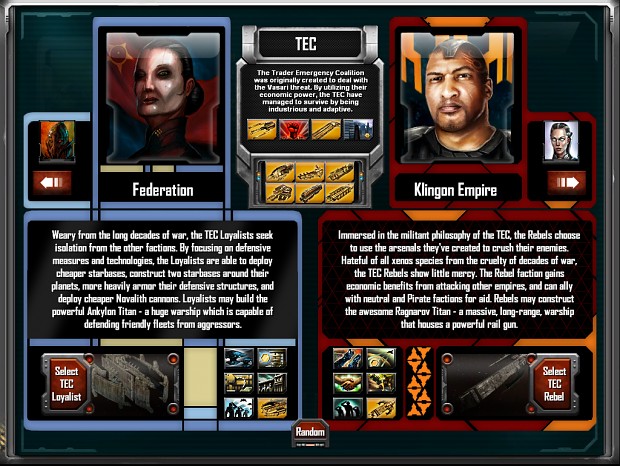 I know from personal experience that re-writing a script and making it work is a great feeling.