Captains Log, December 2019, this will be a transmission from an Imperial Captain which discusses the updated state of the Mod and the upcoming Demo release.

Its finally December and what does that mean? We are closer to the release of a demo version of the mod on Steam workshop! Since the last State of the Empire address, alot more work has been done to make sure that the mod gets closer to completion and is in a more ready state for release! If all things continue to go smoothly, then expect the first alpha/demo release of the mod to arrive on Steam Workshop late December, around Christmas 2019. But lets discuss the mod progress.

On the ground front, I had mentioned last time that around three fourths of the infantry were done and quite a few more needed to be finished. I can now happily say that I have completed rigging and animating most of the heros. As of 12/10/2019, for heros only Nisa, Starkiller, and Compa need animations. As for ground infantry themselves, they have been rigged and animated for a while. Even the Medic officer units are done. The Rebels Plex troopers got new models as well. Vanilla heros such as Han solo, Luke Skywalker, Mara Jade and others have also gotten new more HD models. If I had to summarize, I would say that infantry and hero units are 95% done. As for ground vehicles, most of them are coded in and just need some fixes and weapon changes. Heros have been finalized as well.

On the space front, the unit rosters for both the Imperial Remnant, New Republic, and Pirates have been finalized. The only major thing that still needs to be done space wise is to add new death animations for certain destroyed ships. 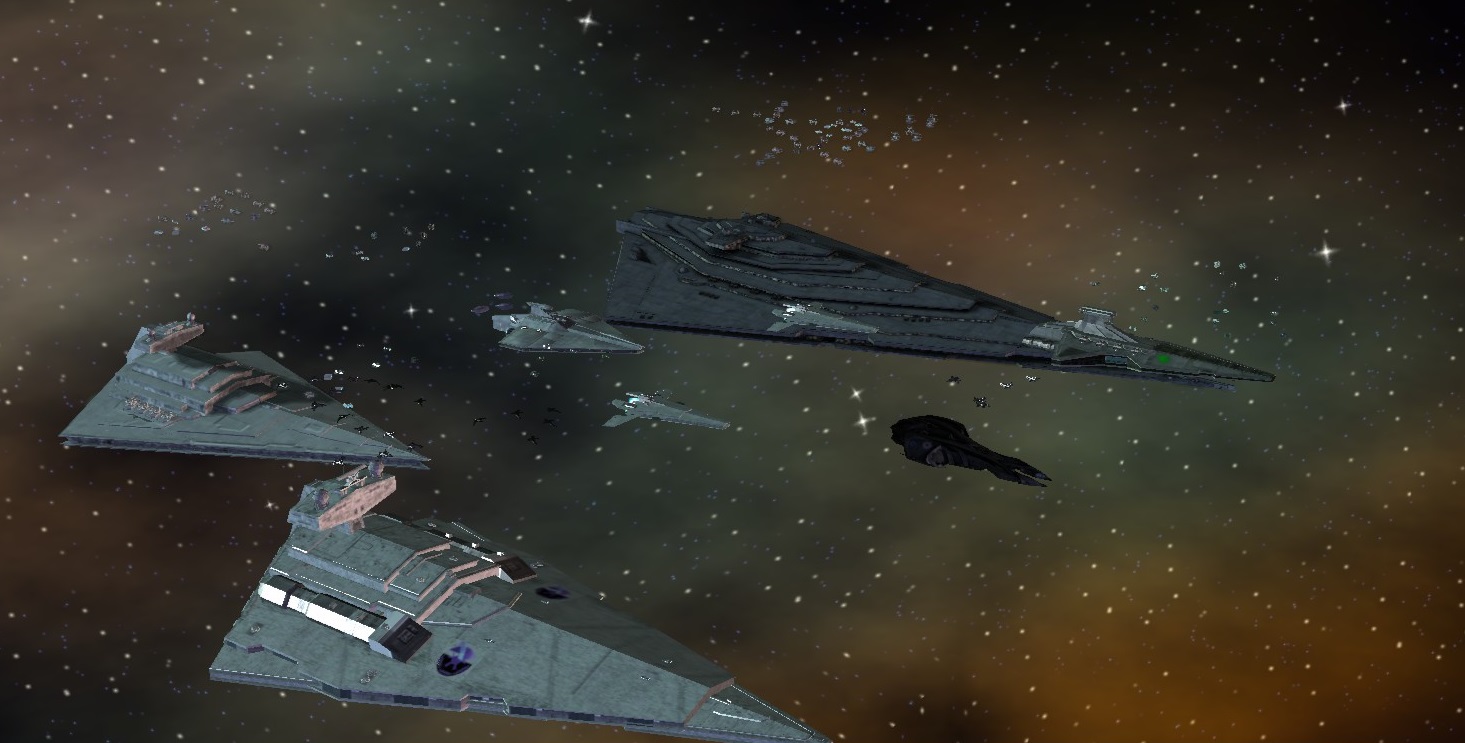 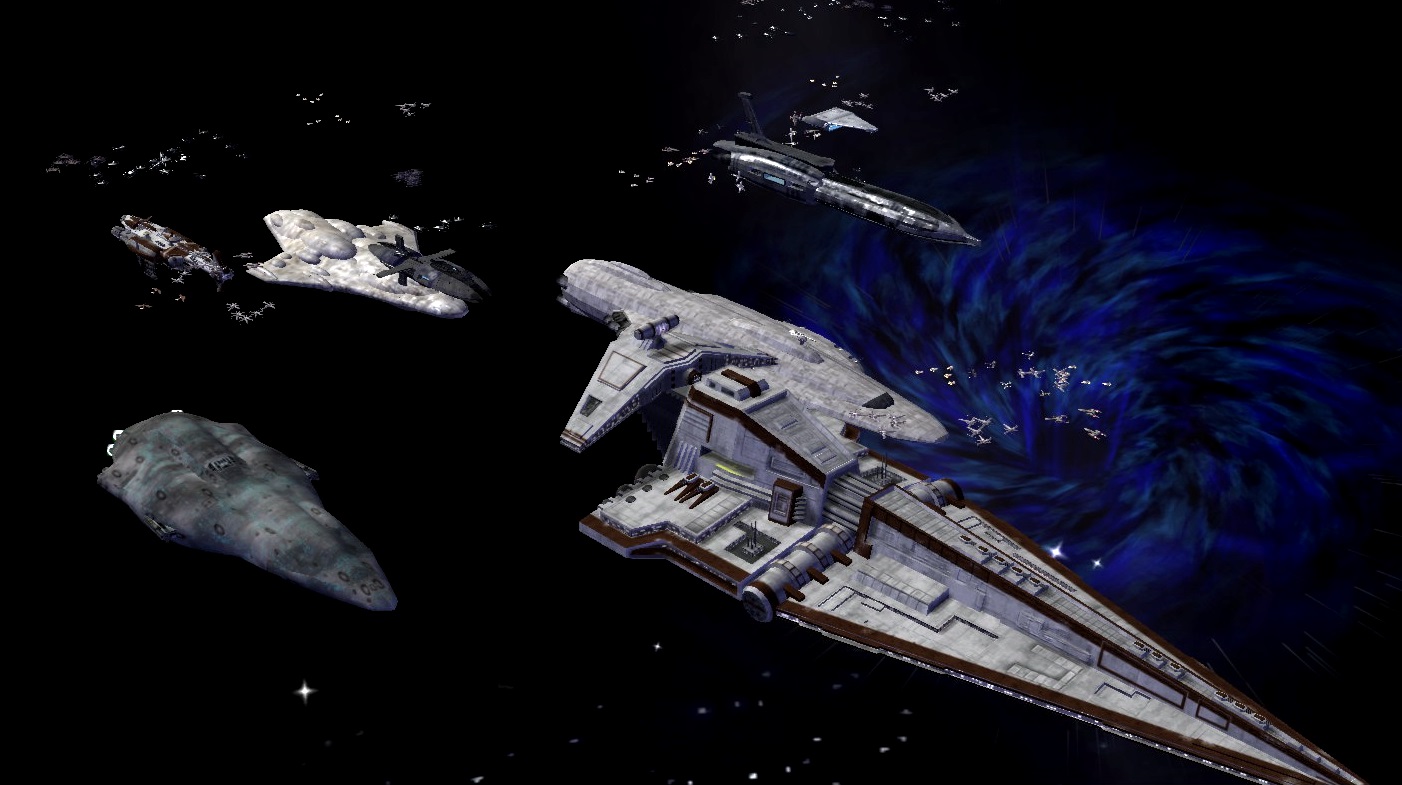 Planet wise, the planets have been finalized as well, and the galactic conquest scenarios are being worked on. For mod release, there will be at least 3 new galactic conquest scenarios, with each of these scenarios also having a version without the Zann consortium (and for the first release of the mods demo, the Zann Consortium will only be playable in skirmish). Though it is possible that there will be more GC scenarios.

The second GC scenario will be called Imperial Fractures. This GC will be set around 18aby, a few months before the events of Timothy Zahns novel Specter of the Past. In this gc, the Imperial Remnant starts off with around 15 planets, the New Republic starts off with around 40 planets, and Pirates starts off with around 10 planets; this is done to give a challenge and represent the state of the galaxy of that time. And it also has a few different planets and hyperlanes than Equal Footing GC. What this means is that the Empire starts off with a huge disadvantage in terms of economics, war capacity, and military complex, with the Rebels controlling the core and most of the outer rim, while the Imperials only controller a small area near the unknown regions. Major Capitalship Shipyard wise the Imperials only have 2, those being Yaga Minor and Lastation. Meanwhile the New Republic has 4, those being Sullust, Kuat, Fondor, and Mon Calamari. GC exclusive heros include Moff Disra, Jedi Knight X2, and ground forms for Admiral Ackbar and Supreme Commander Pellaeon.
The main win condition for the Imperials will be to defend themselves and reconquer the galaxy; meanwhile the main win condition for the New Republic in this scenario will be to capture key Imperial worlds such as Bastion, Yaga Minor, Planetune, Lastation, and Bespin within a set time limit.

The third GC Scenario will be called War Games. This scenario will be a classic 1 Planet start GC. Each faction starts off with 1 Home planet, a small assualt fleet of ships (including 1 big capital ship) and ground infantry (a mix of infantry and tanks), and a select group of heros. The Imperials Start off with Bastion, while the New Republic will start with Mon Calamari or Coruscant. Meanwhile the Pirates will start off with Hypori. Most likely this GC will have all the planets from both the Imperial Fractures and Equal Footings GC scenarios. Thus your goal here should be to capture as many planets as possible before your enemies are able to do so. The win condition for this GC will of coarse be to conquer the galaxy and destroy all enemy factions!

Here are some screenshots of Imperial Fractures galactic conquest scenario: 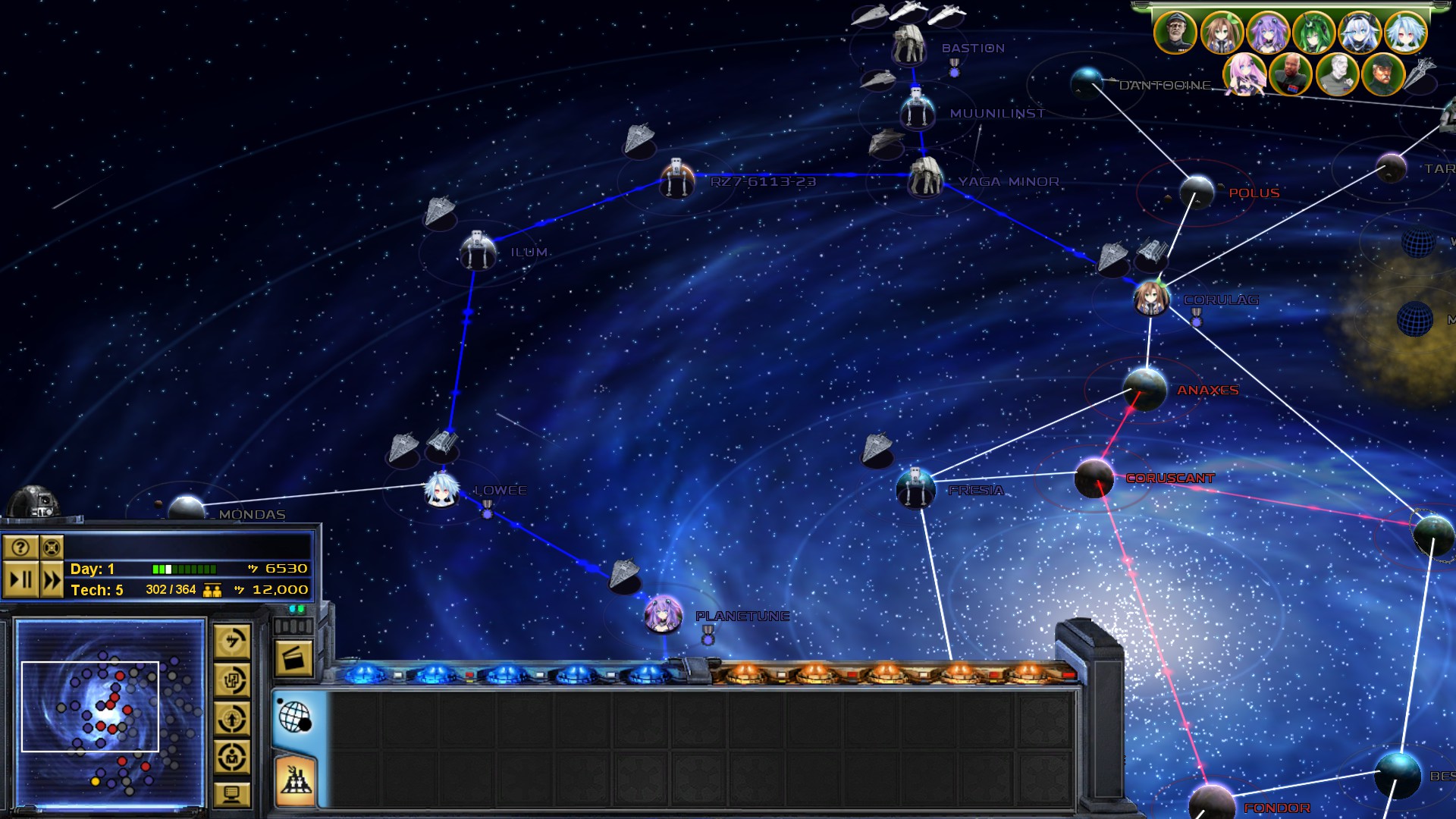 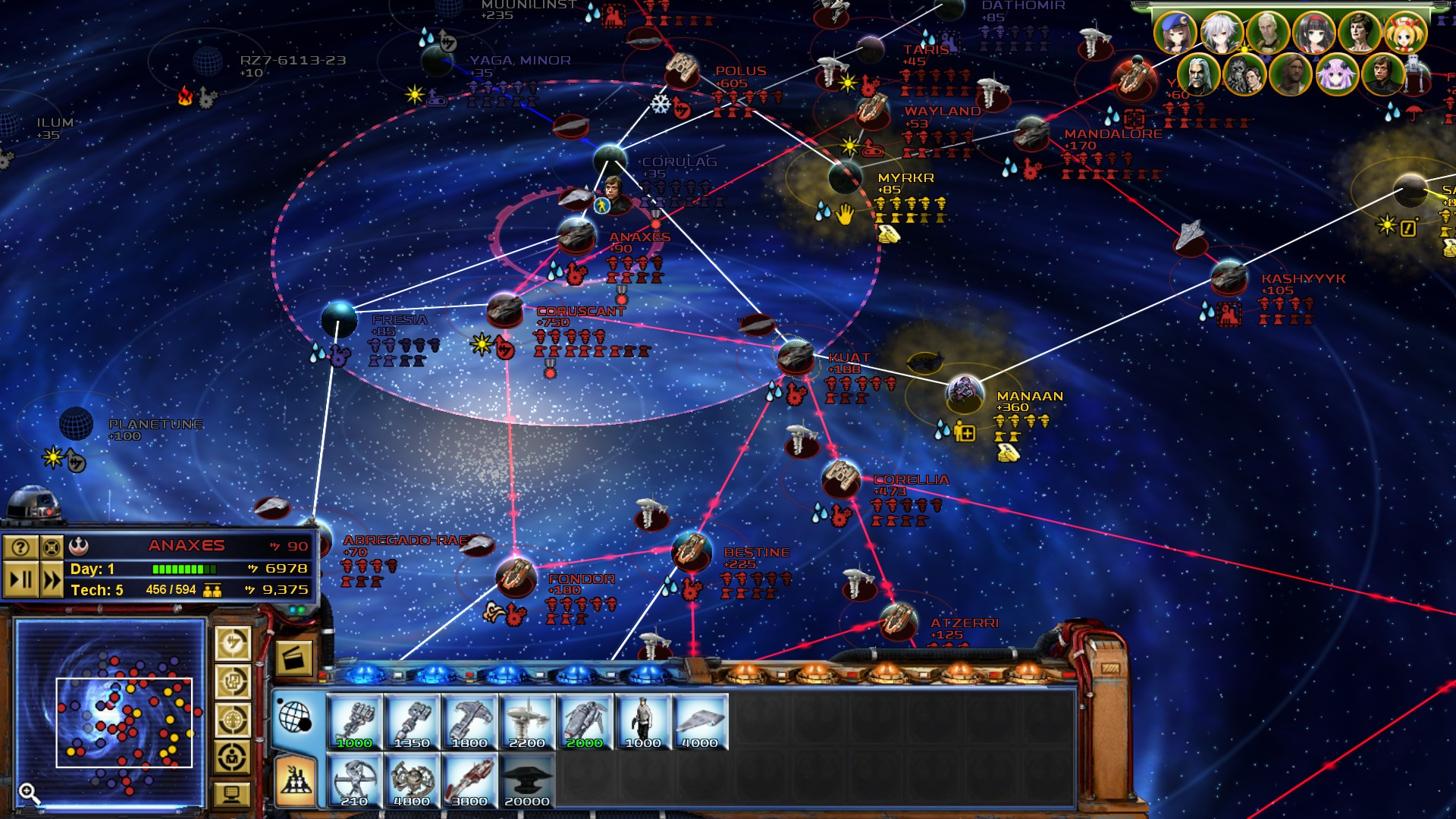 While the galactic conquest scenarios are a major part of this mod, skirmish will also updated for this mod. In both ground and space skirmishes, the new units will be added to it (such as the spider tanks, t5b tank, ISD3, MC90, etc) along with the new hero units (such as the CPUs for the Imperials and the Gold Third for the Rebels). As of now, Skirmish will also have some exclusive units such as Captain Sisko. Possibly in the future, skirmish will have some exclusive varients of units, such as the human forms of the CPUs or exclusive stormtrooper/rebel troopers skins, in future updates after the demo. But for the demo version of the mod, the new units will be playable in skirmish.

The mod is almost ready for an alpha/demo release. Most of the ground infantry and vehicles are finished, most of the space units are finished, and most of the Galactic conquest scenarios are ready to be played. For heros, some new voice lines need to be coded in. But other than that, along with fixing up some balance issues, you should expect the mod to release in late December 2019!
Additionally expect 1 more article before the mod demo/alpha gets released which will describe what the contents of the Imperial Dimension Neptunia mod alpha/demo will be!

Also I Invite you to join my discord server so that you will get more updates about the mod status, and discuss other interesting things there!