the re-work of the Trek faction, new units, different tiers.... 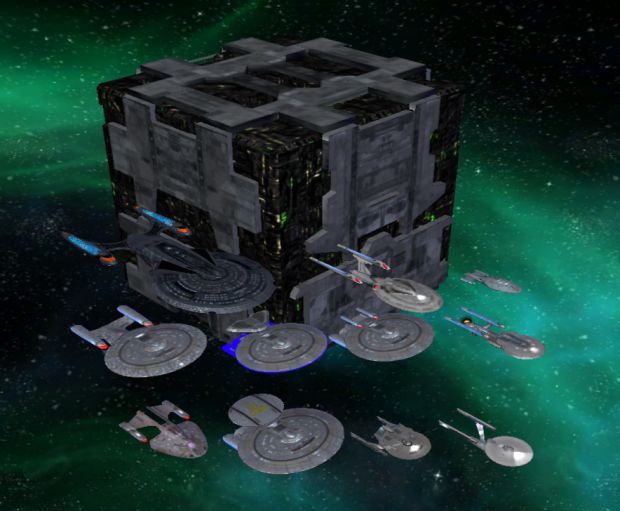 So this is the Rework of the Star Trek Faction. It has two new units and some others have been re-aranged. Ive also got some abilities to work on. Trek ships will gain an "Emergency Warp" ability. What itll do is remove the shields but itll allow the ships to escape the enemy if its getting its butt kicked. Also the image at the top and the hero one below is scaled properly. 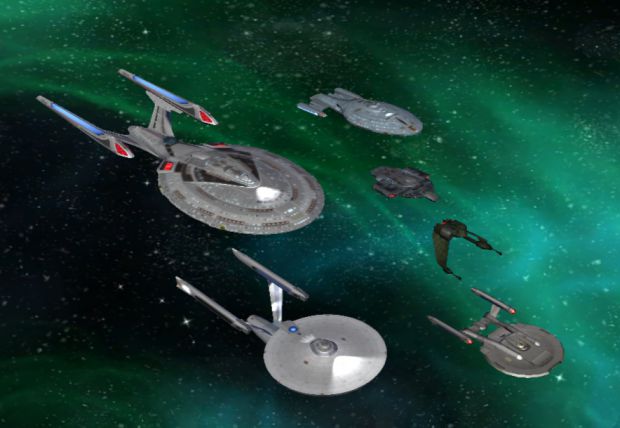 The NX-01 is the only Trek Ship without shields. And they too will all have the Warp ability.

So this is the new Trek Faction layout. Dont be afraid to comment away, ideas for abilities and changes, let me know.
What do you think?

If you get tired of one of the Nebula variants a Romulan Warbird or another Klingon ship would go down well also!

Cool...I know almost nothing about ST, but it looks good to me. :P BTW, Spino, the title is misspelt.

A lot more than that is misspelled... Notice inumrability? I'm pretty sure ModDB allows you to edit your news though so he can fix it.

yeh both are just typos, both fixed

Did not notice the Miranda before, great addition!

neithered i, i was looking through my models and i thought 'where the frak did that come from' lol

Where ever you found it I approve of it!

looking good, just hoping the NX-01 will have boosted hull strength due to the "polarized hull plating", and I hope that it will be more powerful than just a corvette type ship (maybe light frigate 'type'?)

Actually the hull polarization was intended to be like a shield, but very weak and lacking all the cool features like stopping transporters (the hull polarization was always treated the same as shields, with crew reporting "hull polarization down to [X] percent" and the hull polarization could be taken offline without destroying the hull.) The way the series did it was basically a really uncool shield, even though your idea of a really strong hull would be the more realistic way it would work. I say it should just be given shields, with the logic that it could easily borrow a few shield generators from all the other shielded ships (they could replace theirs using replicators.) NX-01 was seen with shields in an alternate future Enterprise episode (they got it from the Andoreans.) If you're going to make photon torpedoes anywhere near canon, NX-01 will need the shields (photons were so powerful that not only could one shot take out an unshielded ship, but it was even dangerous to FIRE one if your ship was unshielded. So dangerous they almost didn't use it to attack a Borg cube in Next Generation.)

nx01 is the same as the falcon, so its not very strong, sorry

If I recall correctly a while back you mentioned you were changing what the feds fired for weapons. Is there any way we could possibly get a sneak peak of that?

nope... because i havn't got that far yet lol

jusr for you, one new projectile, finished in the last hour or so, ready to go, enjoy