Along with all these global balance changes, some great updates for the MMO part are also getting ready for the next tests - check it out! 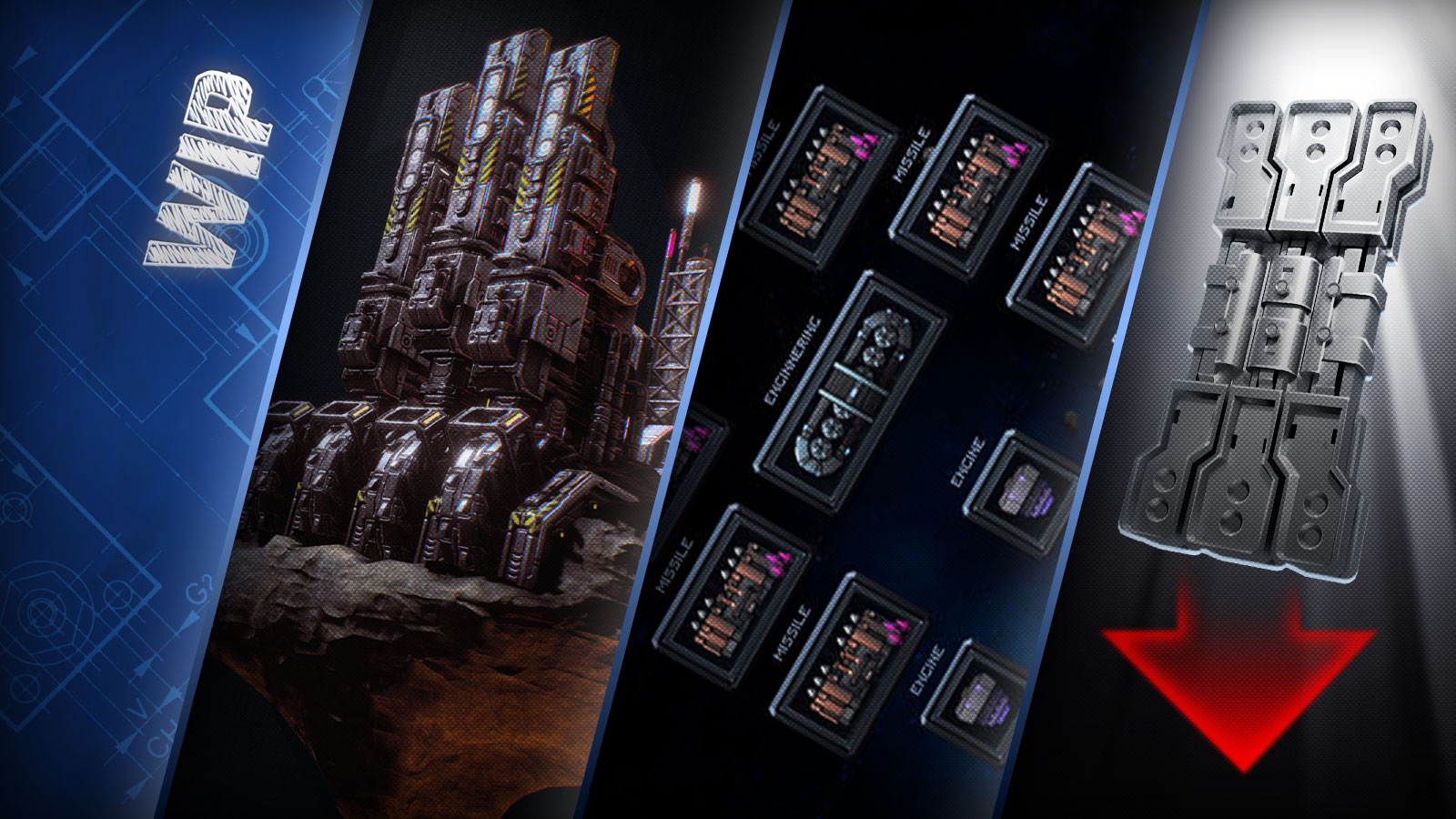 Along with all these global balance changes, some great updates for the MMO part are also getting ready for the next tests - and this time, along with information about weapon balance, we are going to tell you a couple words about Mineworkers Union:

The first neutral faction is going to join Starfall Tactics soon enough - Mineworkers Union is already establishing their stations on the rich asteroid belts and constructing some special mining ships.

Mineworkers Union won't be a playable faction and also don't take any side of the conflict, because all they need is some money to peacefully live on the outskirts of known space. However, they are always glad to trade with each and every space guys (especially if you have a good reputation), selling them both resources and mining services. But never be wrong about them - Mineworkers Union is always ready to protect members of their organization with some powerful battle units.

Weapon rebalance, armor and other changes

The main "weapon question" has always been a balance between energy and kinetic weapons in general: last time, kinetic equipment felt not as powerful as energy and it's advantages were not as obvious according to all the feedback we received from you and after some inner tests. This is not a simple question of damage numbers, so the Team started looking for a complex approach to this question, which, as we mentioned in a previous article, was successfully found and included a number of necessary measures and steps, leading us to the desired result.

Even before changing the size of the modules, we did a very important step forward in weapon balancing, also directly affecting the number of shields you can now install into your ships. And here is the list of these changes in brief: 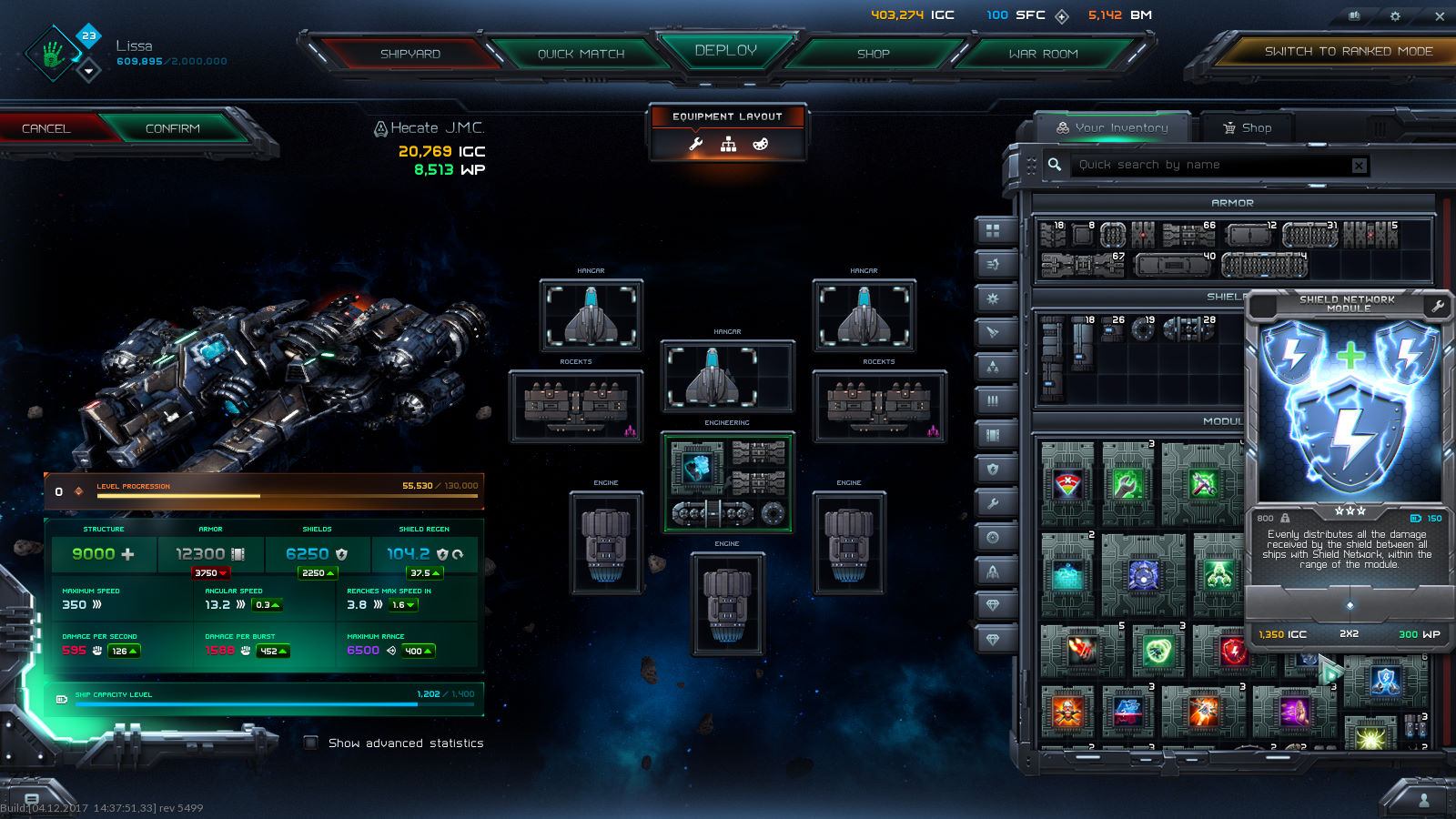 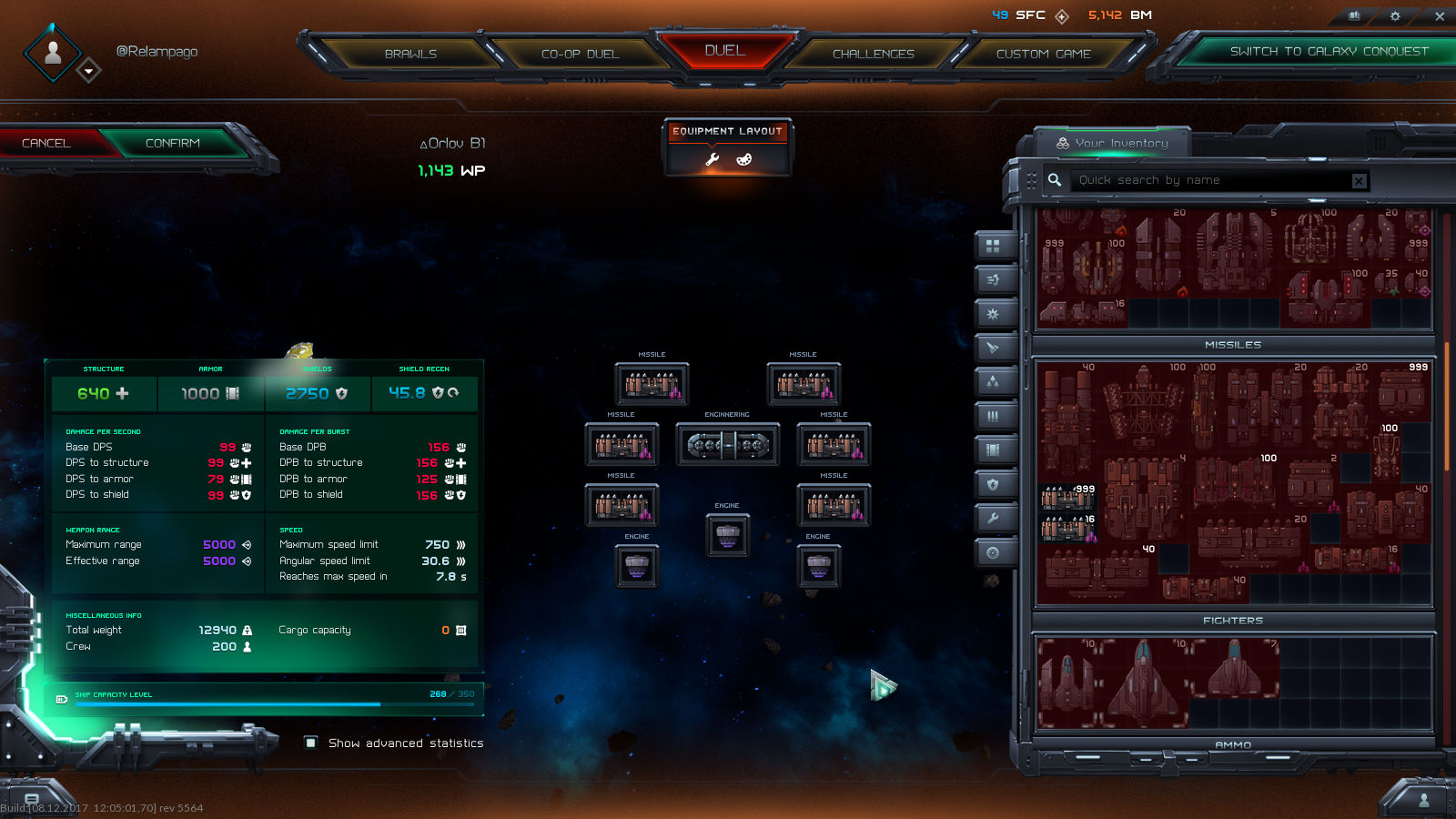 No need to fill all the engineering bay with ammo for this Orlov ship now!

In addition to all these balance changes, there is just one another improvement: now all modules which you can't fit on your ship will be darker to let you quickly understand which ones you can equip. It makes navigation much easier here, right?

Unlike shields, armor in Starfall Tactics doesn't need huge balance changes right now: so, the only thing we did here, is balancing heavy and usual armor to reduce a difference between them. To make it work as we need here, amount of armor hit points granted by Heavy Armor Plates was reduced, and now they give you the following amount of armor: 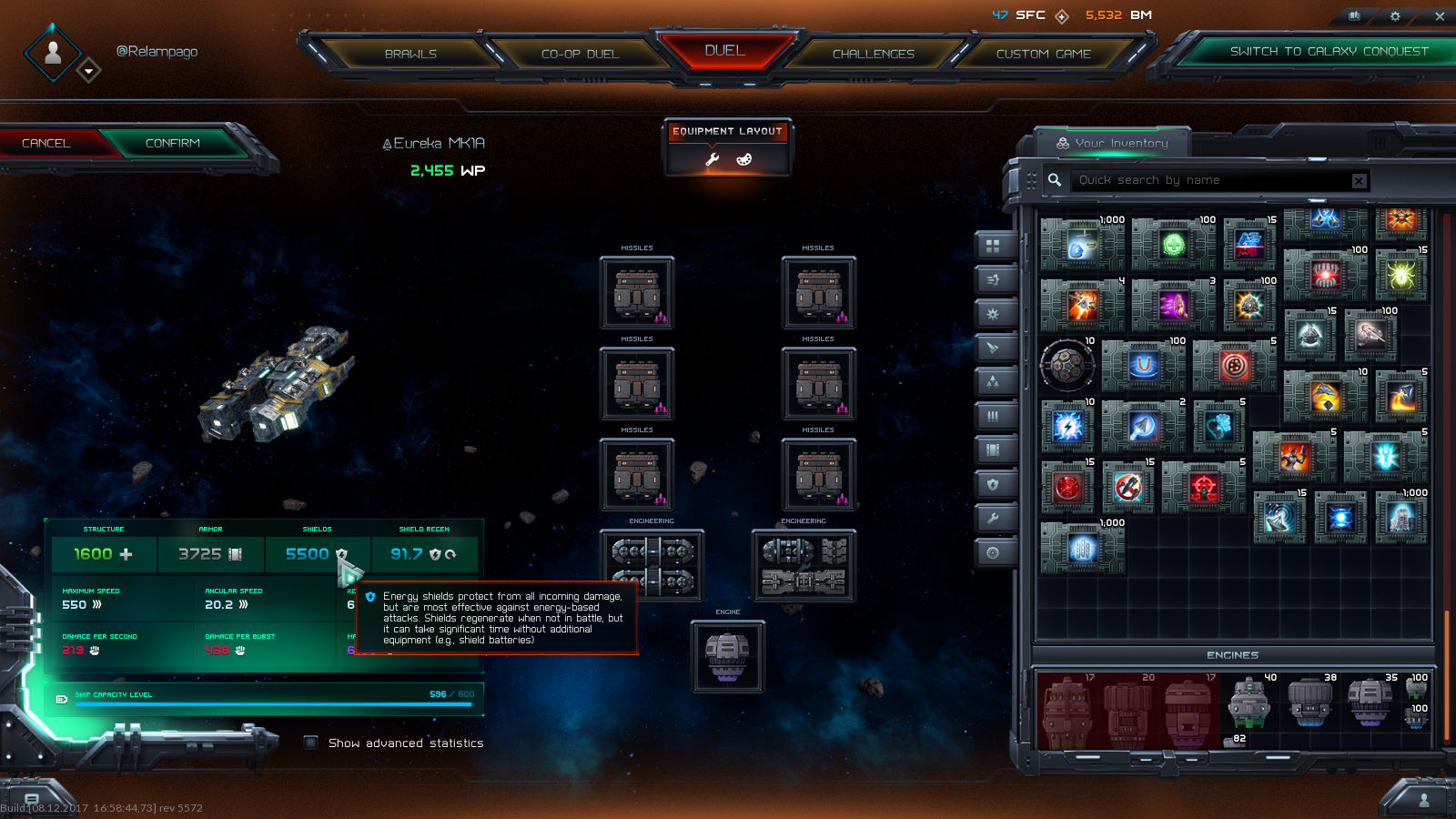 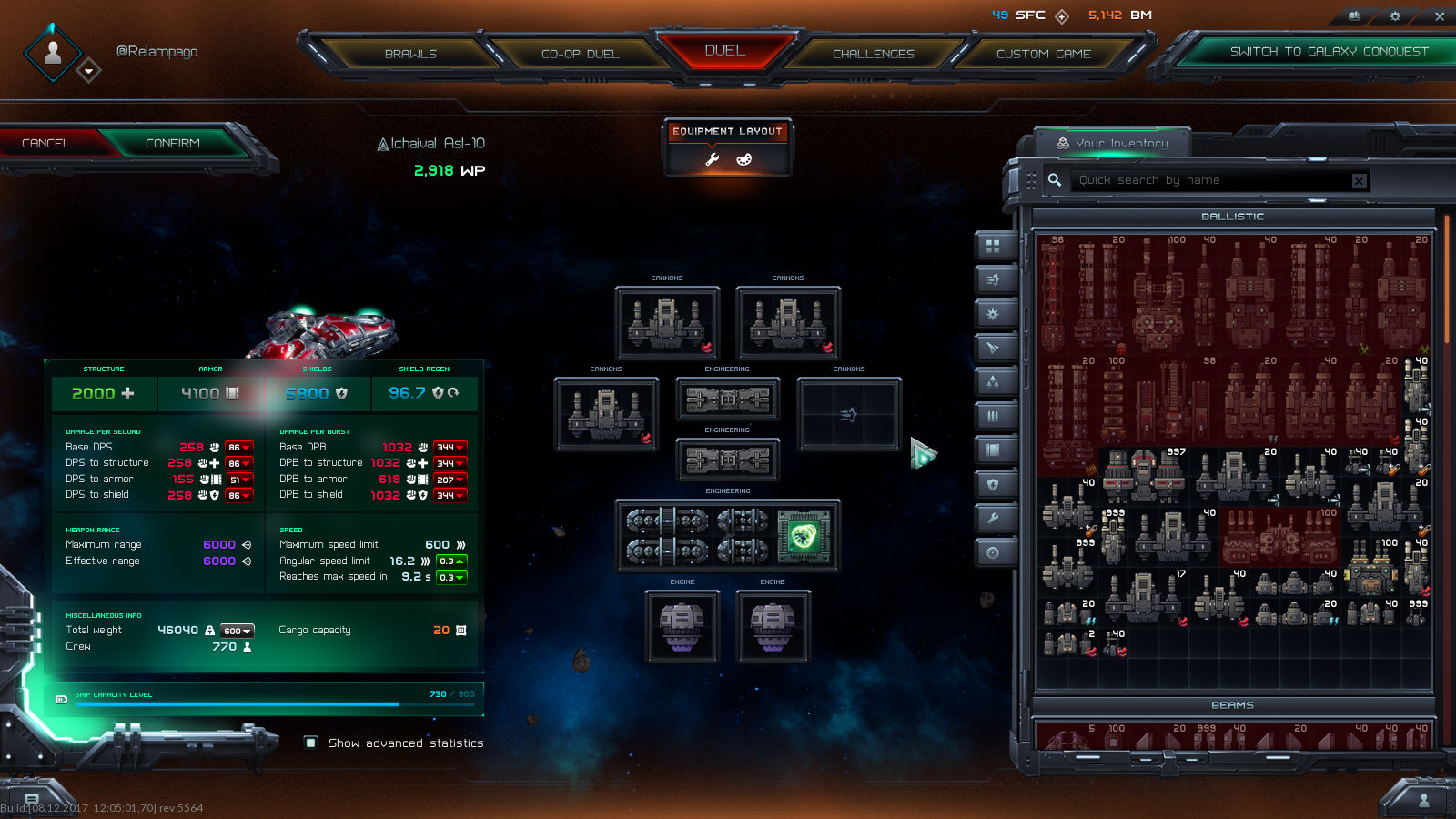 Of course, all these changes need adjustments and additional changes which we mostly hope to deliver before the next test.

And once again - that's not all the curious updates we plan to implement - there are still a couple surprises for you...and we will tell about them in the next WIP article - stay tuned!