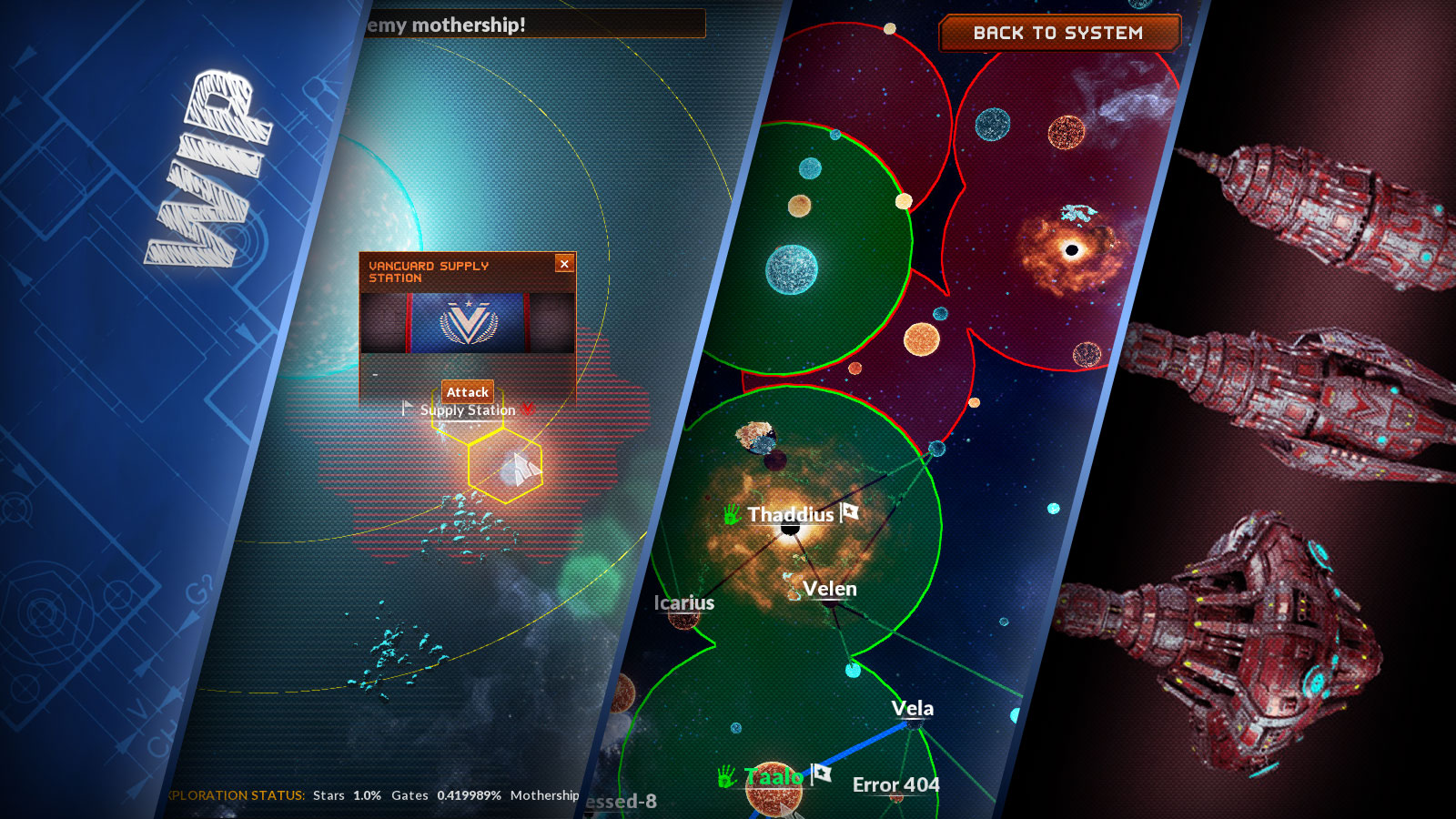 We are here to bring you some news about upcoming Starfall Tactics testing - and today we really count on your understanding. Faction Wars is a very interesting and complex system and sometimes it takes more time than we expect for our small team to implement features we'd love to present to you here. That's why we have to take an extra week to give you the ability to capture enemy systems and make your play through of Starfall Tactics more enjoyable, reducing a number of placeholders and critical bugs which can happen at this stage.

We apologize for the inconvenience - giving you a game everyone can enjoy playing and testing all basic Faction Wars features is a really important goal for us. Our Team really hopes to see everybody during upcoming test starting 17th of November, so spend this extra time to gather your House and read more info about upcoming features ;)

You've just gathered a huge House, and are sure that your members and other Commanders from the same faction will answer your call to arms? Then it's time to start the battle for the enemy system! 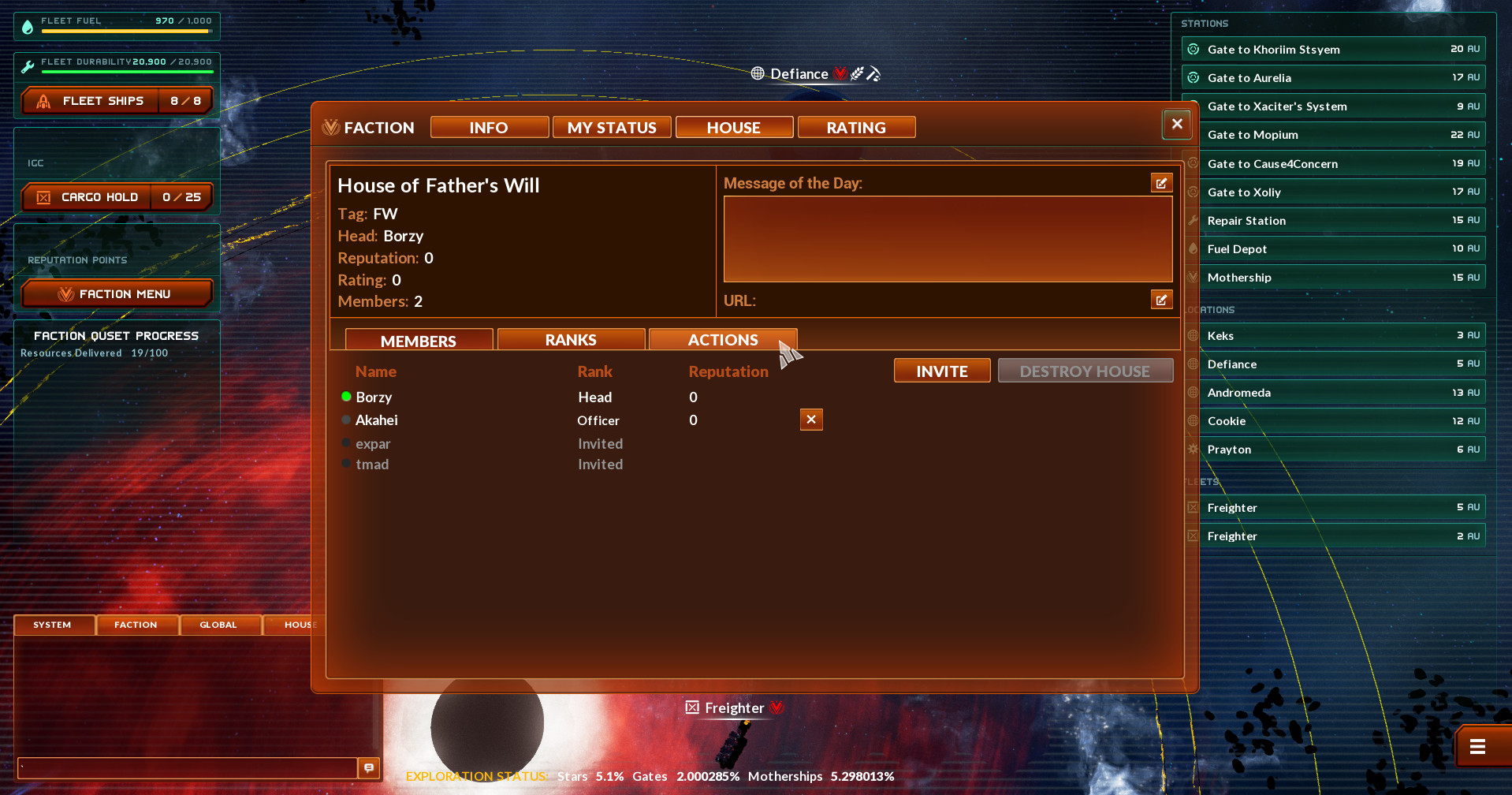 Not the final look of House Menu. WIP. 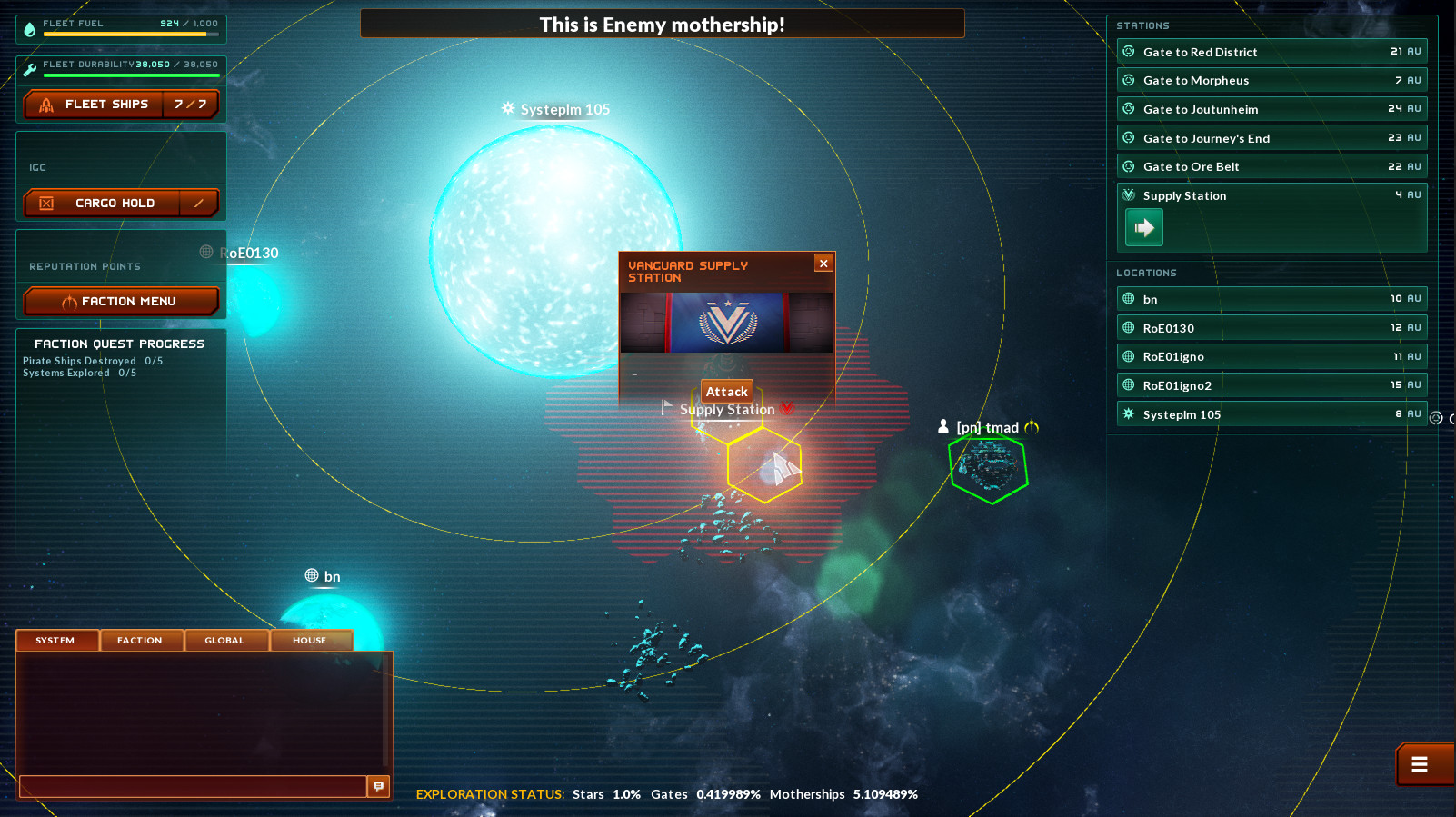 This event is visible for both involved factions, and announced for all faction members - you definitely won't miss it. The third faction can not participate and influence it directly - they only can set ambushes near gates to the place of conflict which is also a very painful thing for both factions.

To successfully destroy enemy structure you need to get enough military intel (represented by Warp Points) from Key Positions (special instances) around the structure. To destroy a Supply Station you should capture 5 Positions, for an Outpost - 10, for a Mothership - 20. Key Positions count as captured once the attacking faction collects 100.000 WP in this instance (hex). 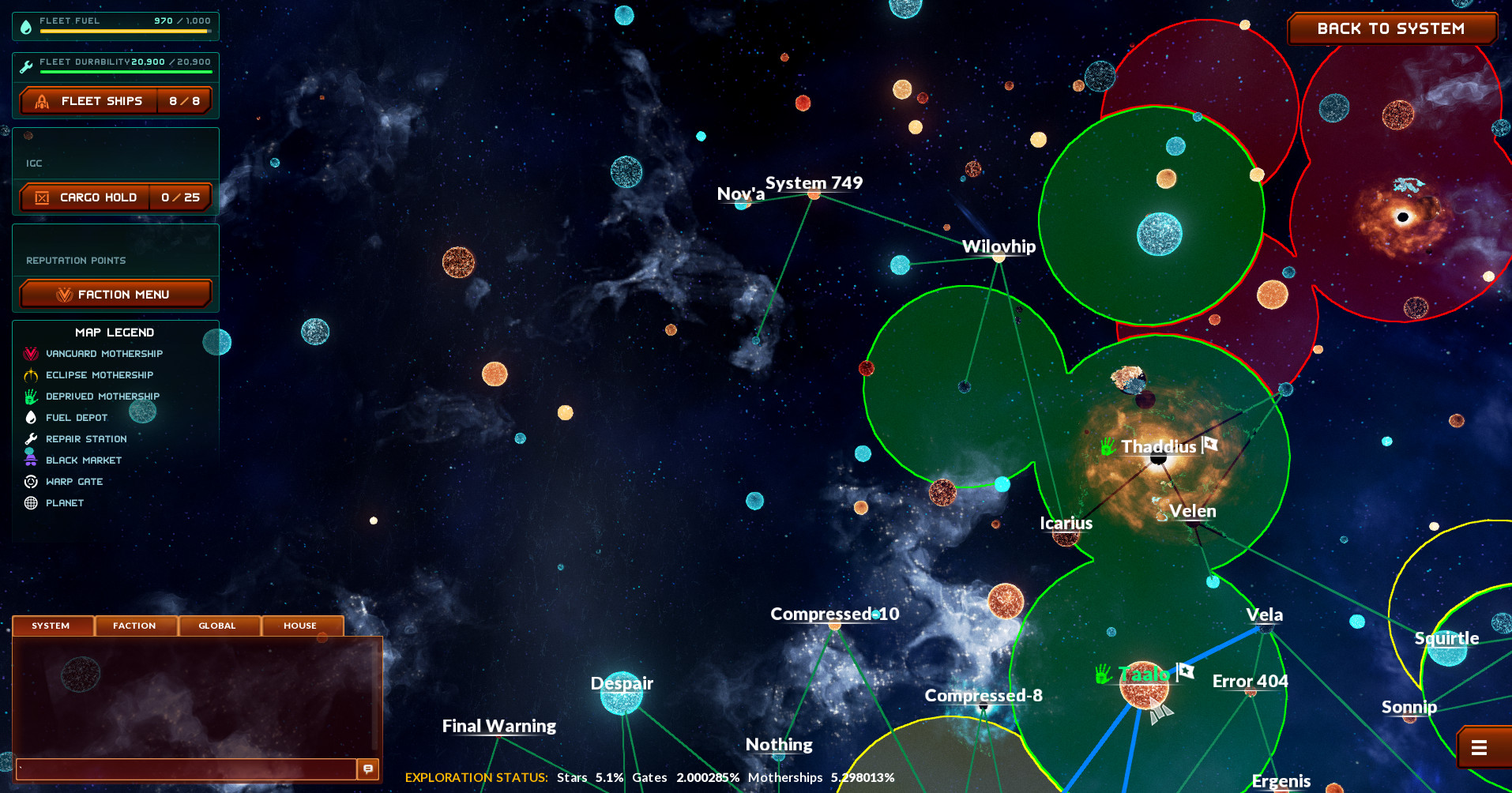 Not the final look of Galaxy with Faction Territories. WIP.

So, what these Key Positions are and how you can join and take control over them?

These instances look like a usual highlighted hex with a battle inside, and to enter it you need to do just the same - fly close to it, click and join! You will be able to do it if there are less than five (or three for the upcoming test) fleets of your faction there, or it already has a certain state. Inside, Key Positions look like a huge battlefield for 5 vs.5 fleets (3 vs.3 for the upcoming test) and additionally contain:

Defending fleets should prevent invaders from completing their goals or simply destroy their fleets, while attackers shall succeed in completing them in order to capture this instance and give their faction a chance to conquer this system. Once attacking side gets control of a certain number of instances, the system counts as captured by them and faction Supply Station appears there. Congratulations, you faction successfully attacked an enemy system!

We've already shown you Eclipse and Deprived structures you will frequently see while participating in Faction Wars and just flying across the Galaxy. Well, looks like it's time to bring you the last portion of important buildings - Vanguard Supply Station, Outpost and Mothership. 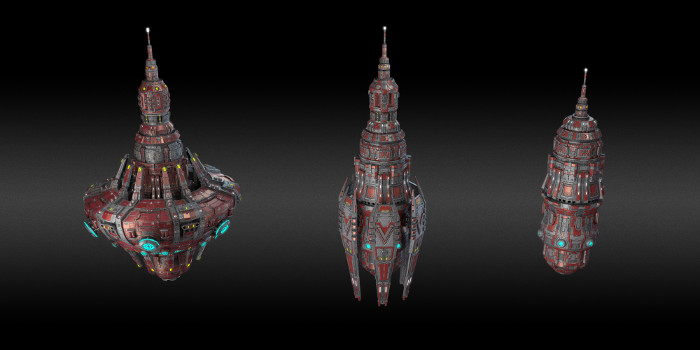 So, all basic information about Faction Wars is available for you to read! Check out previous articles in case you missed something and get ready for new details and upcoming test!