STALKER NEWS - a collection of news from the wide world of S.T.A.L.K.E.R, Inspired by the Russian modding site Ap-pro and brought to you by the C-Consciousness group on moddb. This episode features a few more S.T.A.L.K.E.R. 2 news, as well as many news from the modding scene, including mods such as True Stalker, SFZ Project, The Land of the Emerald Dawn, OP-2.2, and more!

to our third article of Stalker News!

As always, sources will be linked alongside the news.

Big thanks to Maxine, Lelop, Rammaken, and others for translating and\or publishing
some of these news in our Discord!

43 years ago, GSC Game World was born, as well as the S.T.A.L.K.E.R. series, the Cossacks series, and many more games that provide us the opportunity to immerse ourselves in the unknown worlds.
Yeah, technically it wasn't this day exactly, but all of the above wouldn't be possible without the founder of GSC Game World - Sergiy Grygorovych.

On behalf of the GSC Game World team and all of the fans, we'd like to wish Sergiy to stay healthy, happy, and keep making those challenging and ambitious ideas of his a reality! 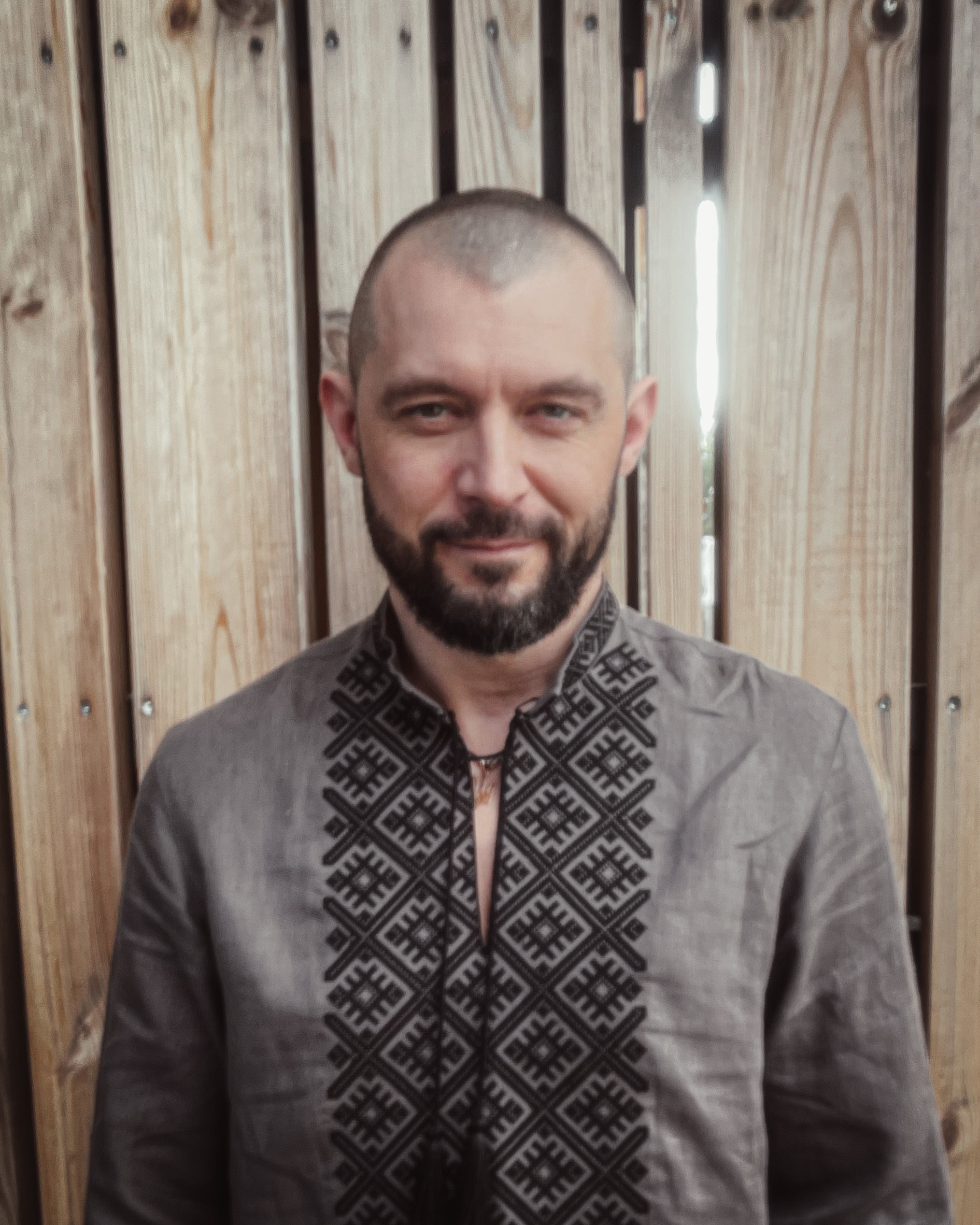 An interview with PR Manager Zakhar Bocharov was recently published in the Gamingbolt website. GSC Game World also published some concept arts and a new screenshot from a different angle in the abandoned school we saw in the teaser-trailer.

(Interview can be found here) 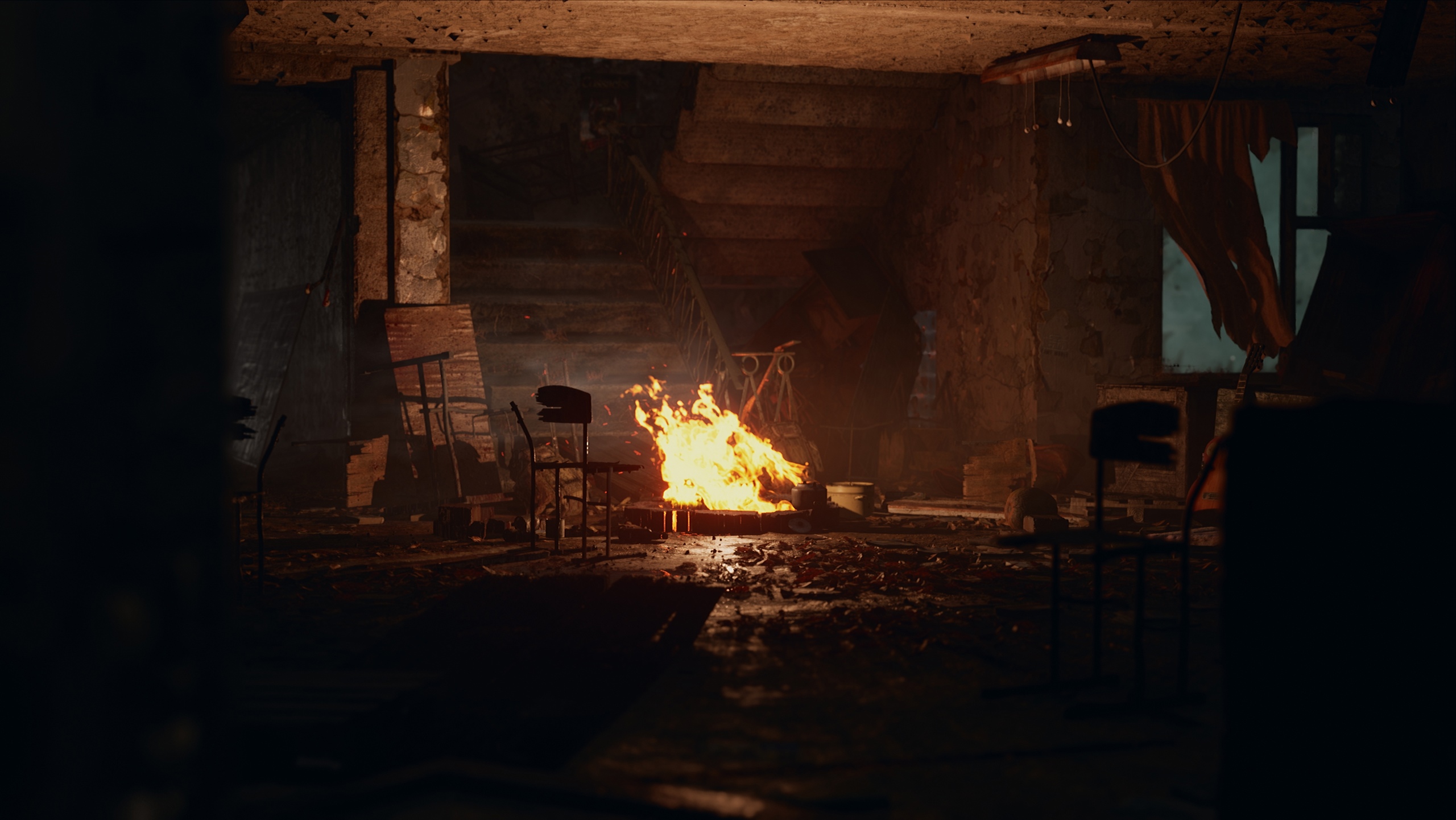 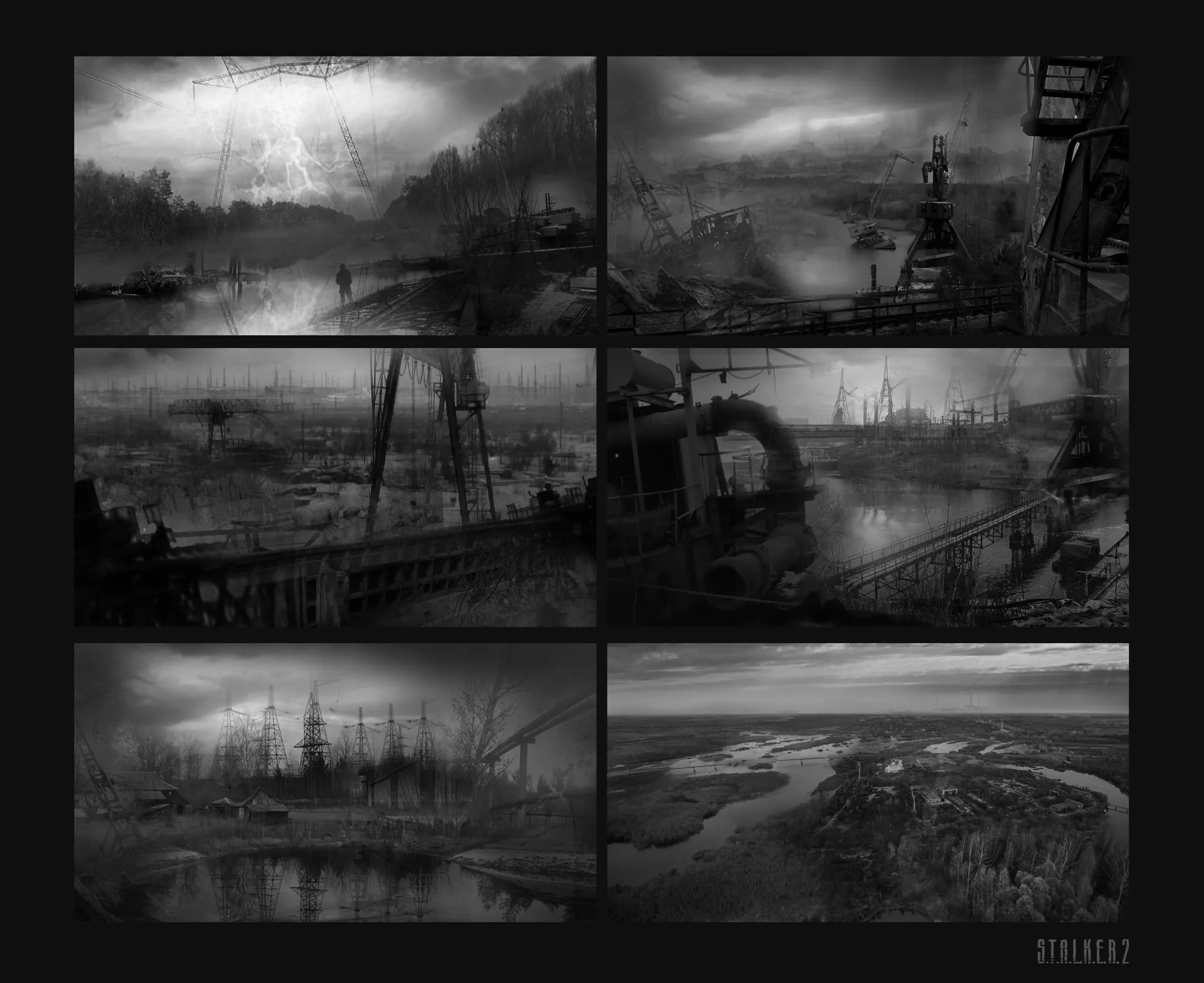 If you've played "SFZ Project: Episode Zero”, you probably remember that the main character had to get to Yantar and meet with Professor Sakharov.

The actions of the opening episode, unfortunately, did not fit the story of what happened to the character beyond Cordon. However, thanks to the new gameplay video about the development of the full version, it became known in advance that the character will get to lake yantar! The video demonstrates one of the quests, where scripted scenes with author's voice acting will be involved. Among other things, the video provides an opportunity to appreciate the graphics and atmosphere. (Source)

True Stalker developers published a new may report, which was translated and published on the official Moddb page by our Friend Kostov:

The creators of True Stalker are happy to deliver you a status report for May!

Currently, we are focused on creating side quests, both our own and ones submitted to us by the Eastern community. Even with an extensive main storyline, having secondary quests is vital, as they offer players the chance to understand events in the game world on a deeper level and introduces them to other stalkers’ stories. Side quests create a more lively world in which NPCs don’t just perform songs and tell jokes by the campfire but also have their own tale to tell.

As we’ve stated previously, a custom weapon pack for True Stalker is being assembled. Perhaps not as quickly as we’d have liked, but progress has been made. Another area of work we’ll mention is the interface and UI elements; our task does not lie in just replacing textures and slightly editing the positioning of elements but rather making an entirely new type of interface from scratch, the likes of which have never been seen before in S.T.A.L.K.E.R. modding. Making this come true requires a great effort on the part of artists and especially the game engine programmer. This has been the reason behind the prolonged development, and we hope the final result will please you.

As of recently, all weather cycles have been finished. Both clear and overcast weather will be featured, with several skybox and lighting variations. Certain aspects still require tweaking and finalizing, but overall, the graphics are close to their final state.

Though the main part of the mod is done (storyline, levels, voiceover, music, graphics), many things are in need of polishing. For example, we’d like to refine certain particle effects used in the main storyline. If any readers wish to help us with those, we’ll be very grateful!

We'll continue our work, and we thank you for your interest and anticipation of True Stalker! See you next time. (Source) 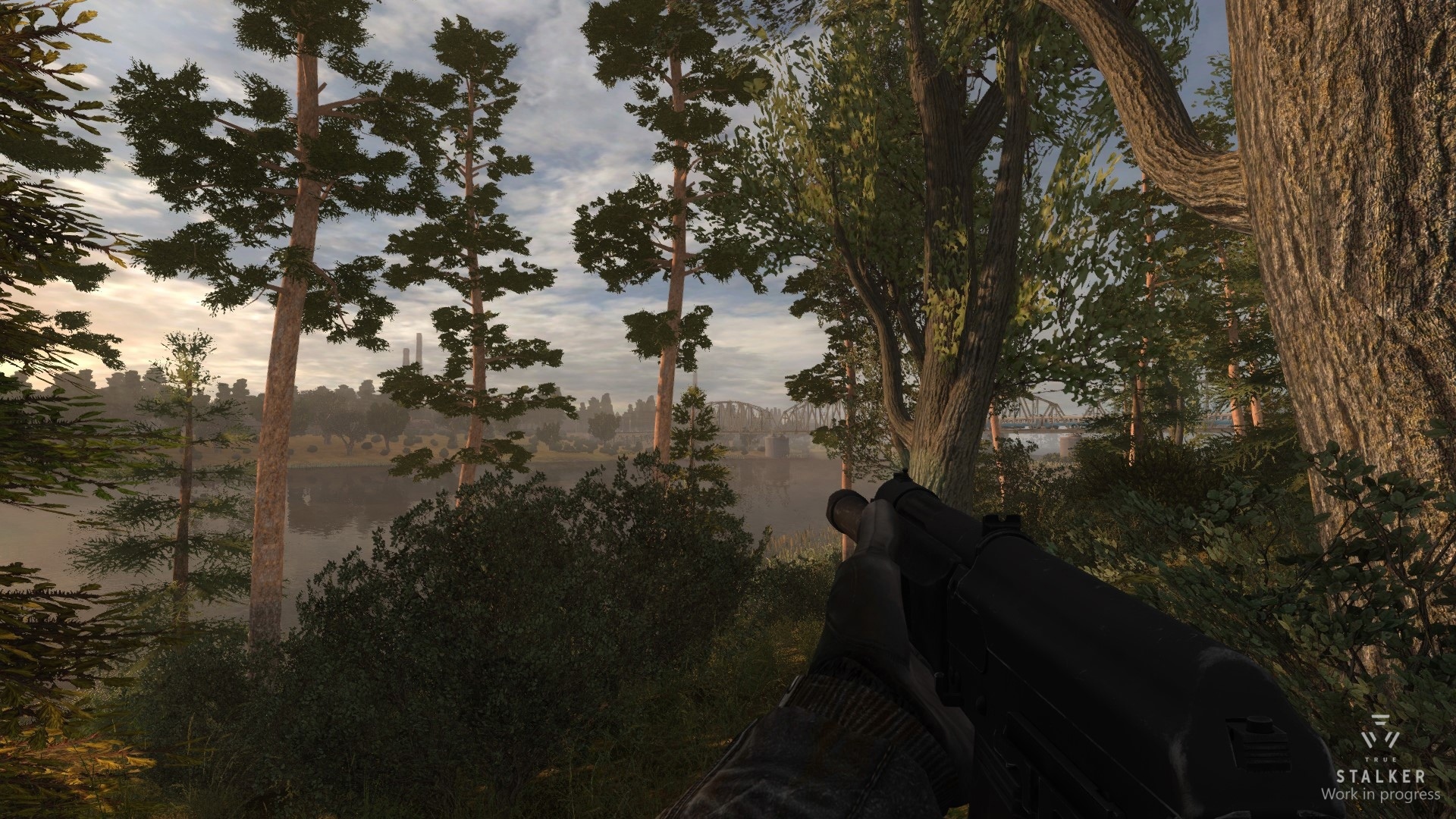 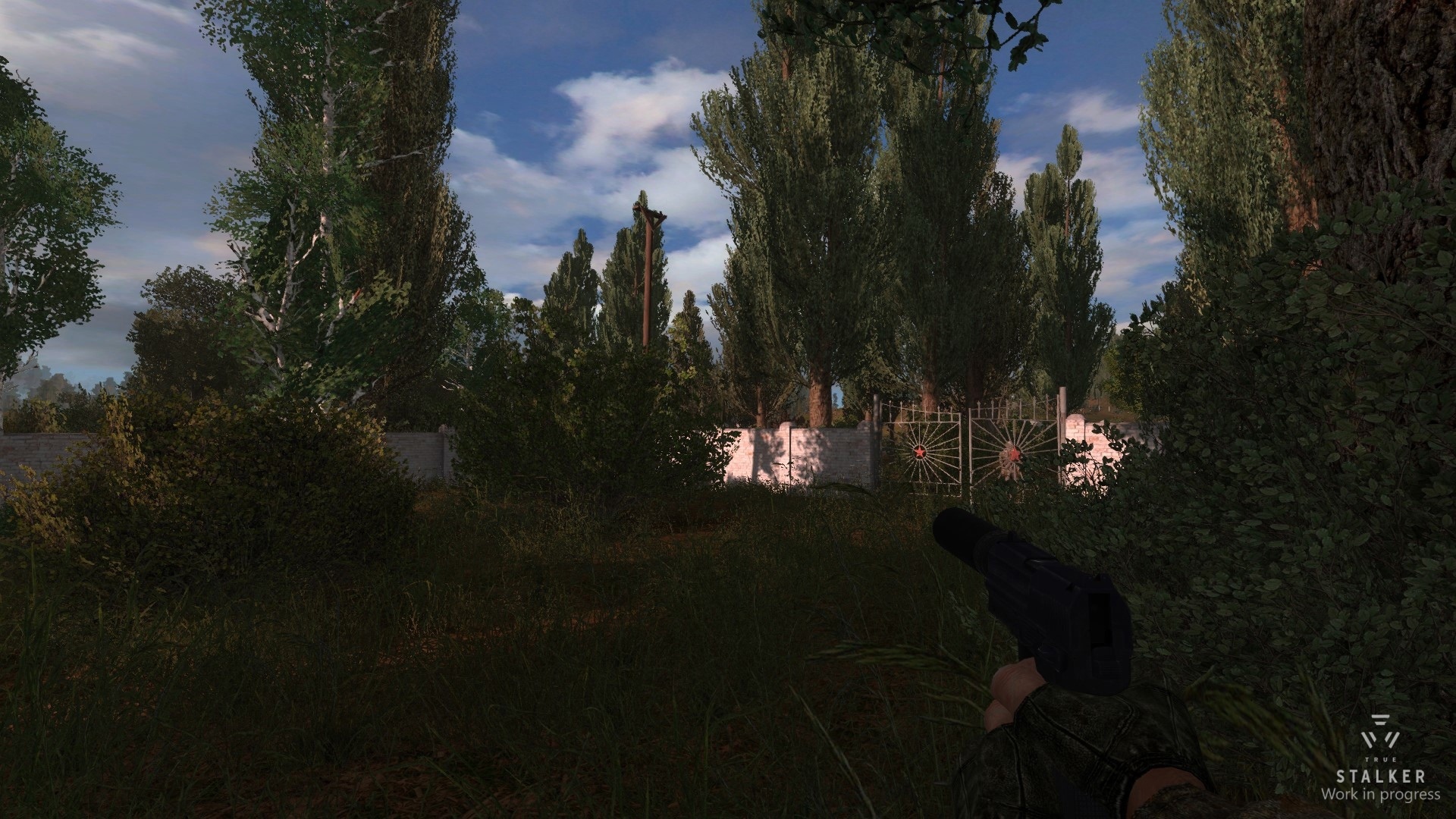 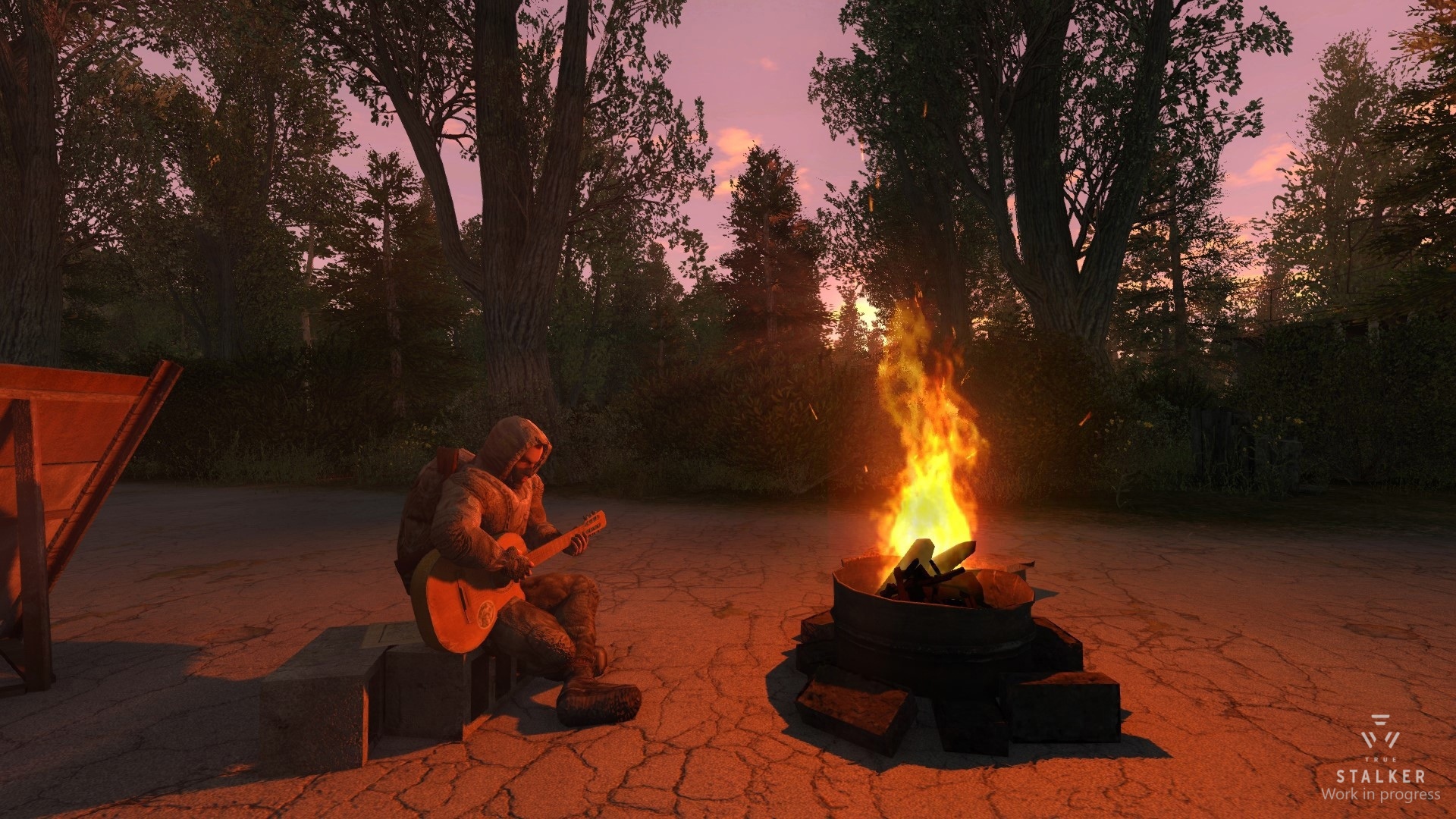 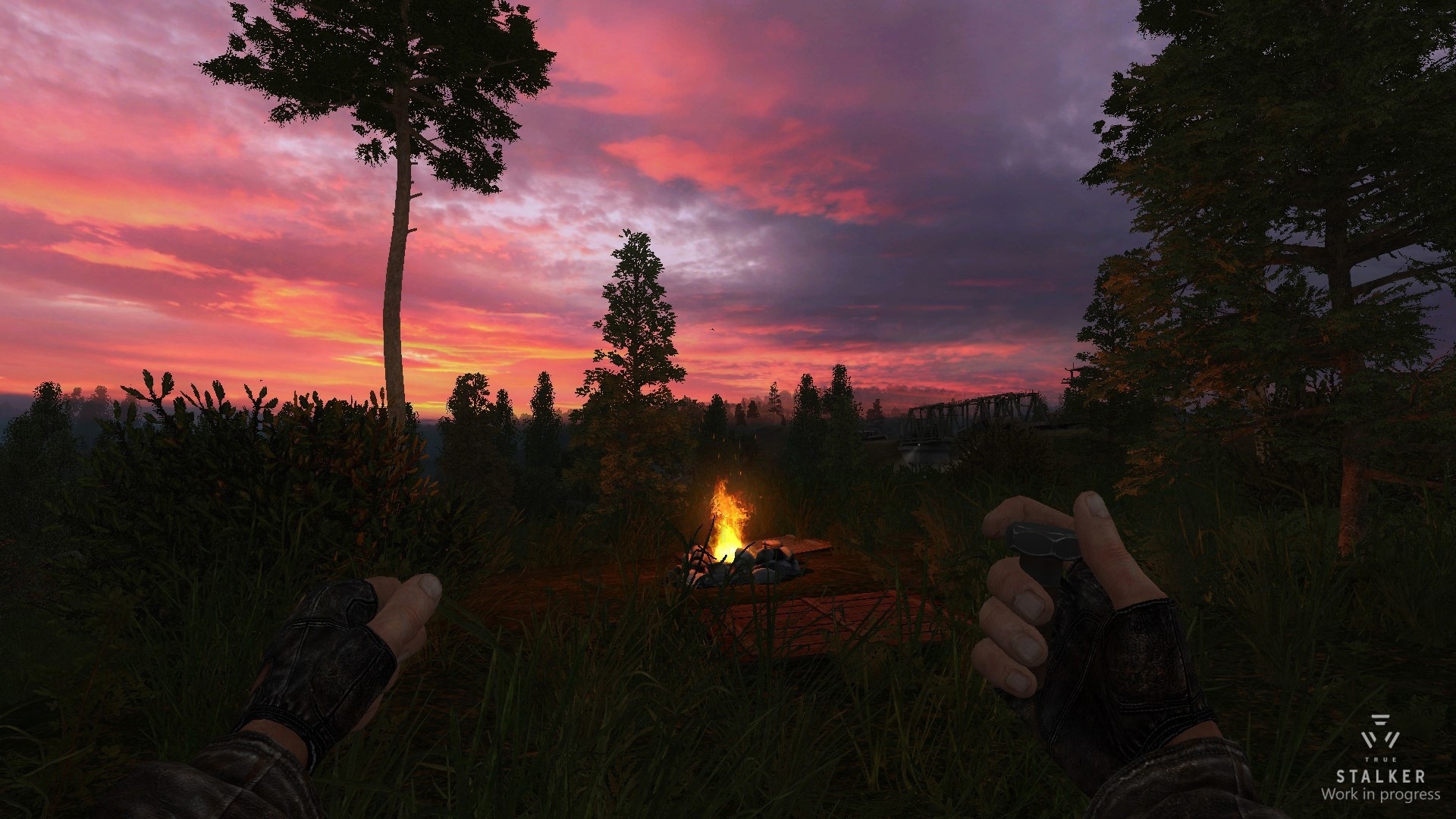 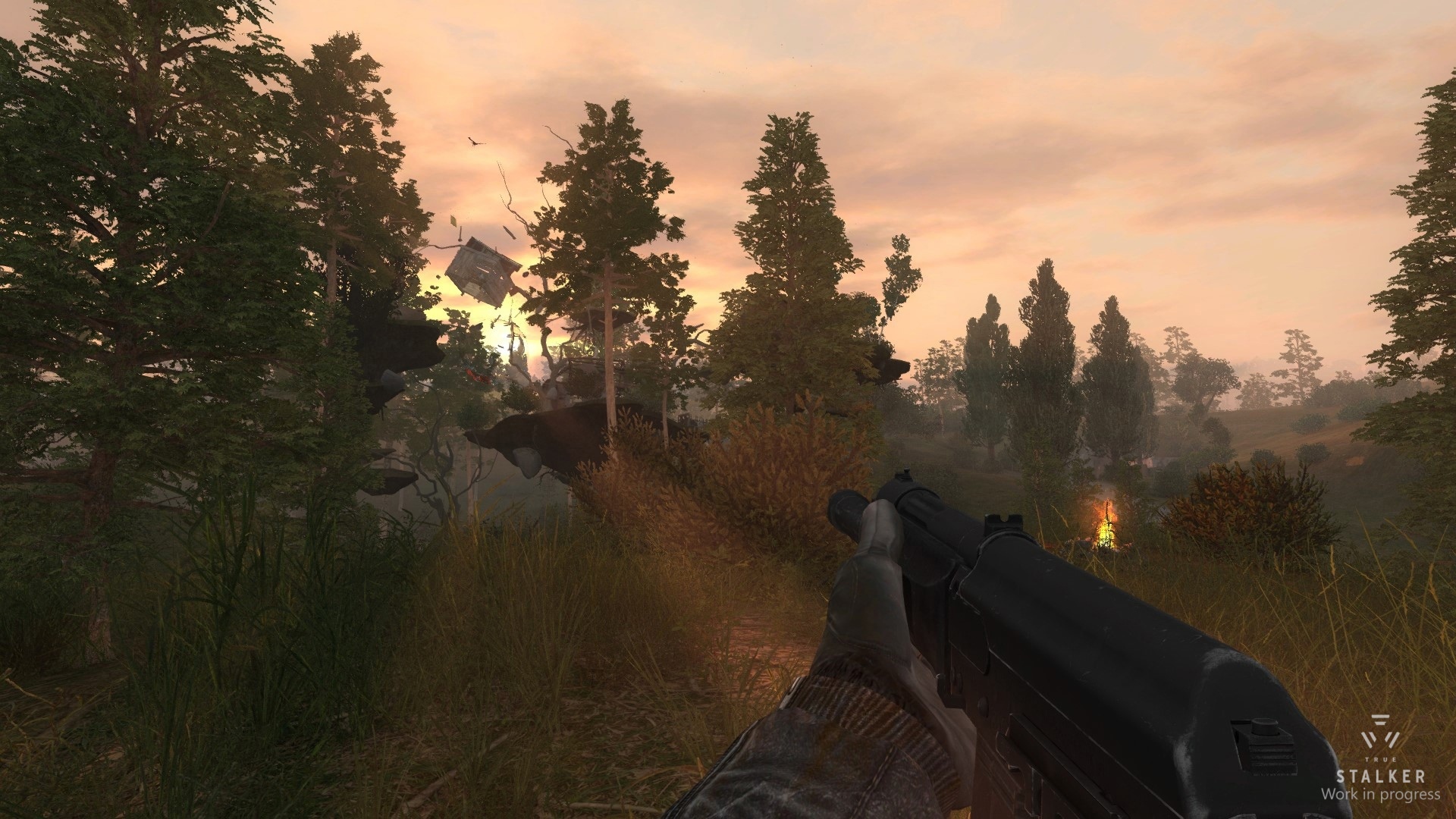 On May 1, the author of the "Land of the Emerald Dawn" modification, as expected on such a day, worked hard and told the players about the progress of development over the past two months. The pack of locations is almost completely assembled. The author only needs to realize the final level. He refused one additional location due to the complexity of its worthy implementation. The plot is gradually being implemented as far as possible, as well as additional activities. Various mechanics are polished, such as swimming. How it looks right now is shown in a small video. All this work is also accompanied by a bunch of other edits at almost every step. (Source) 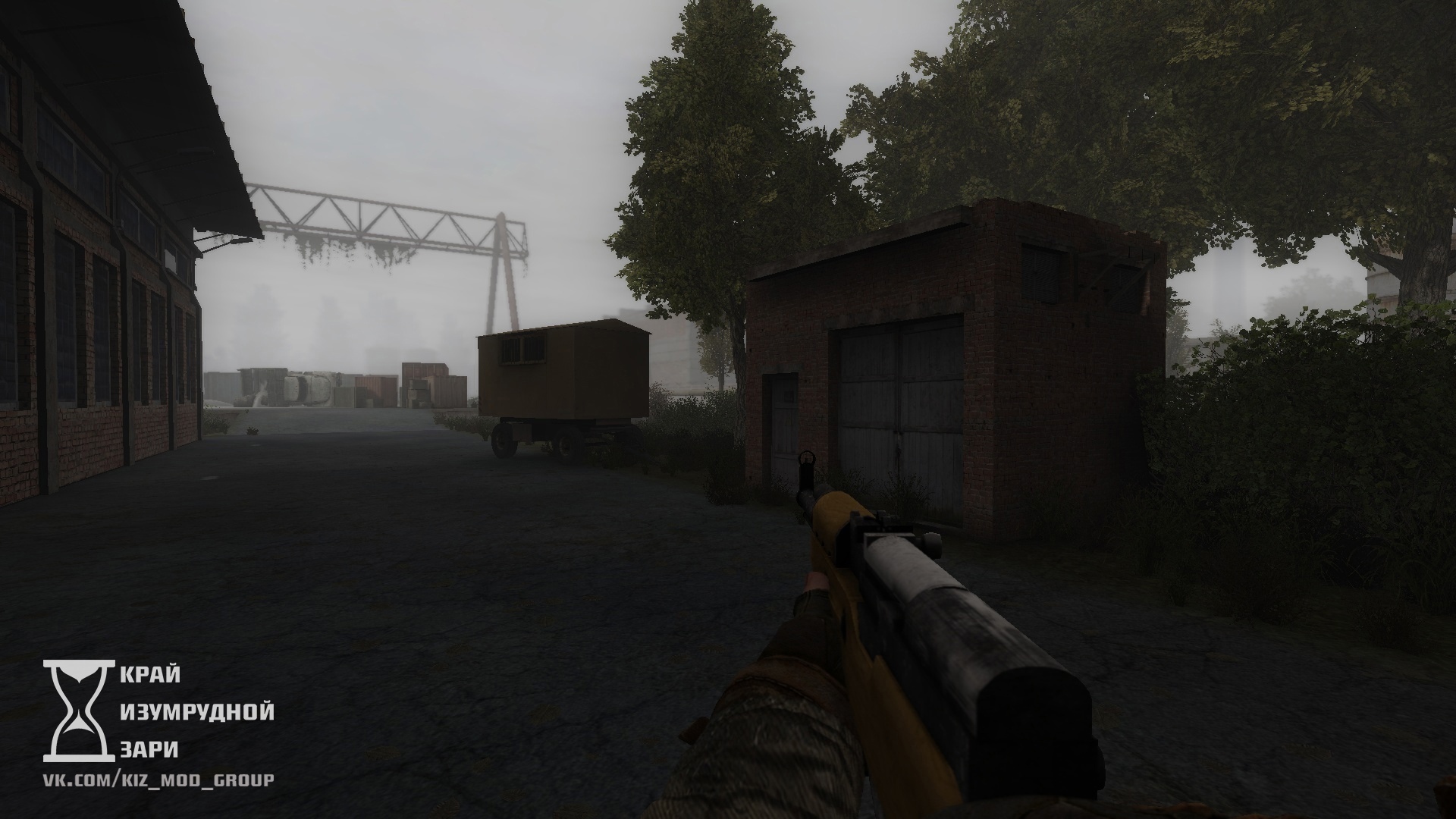 A two-minute gameplay trailer for the "Alone In Windstorm" modification was published on Youtube, revealing many new details about the project's concept and gameplay. The mod is being developed on the X-Ray 1.6 platform based on the Metro universe.

Players will be given a new storyline that touches on several new unique locations at once - not only open, but also underground. The game will take place in the vicinity of the city of Polyarnye Zori [Полярные Зори], which is located in the Murmansk [Мурманской] region. Accordingly, the gameplay will be tied to survival in the harsh winter climate. The player will have to independently obtain food, for example, fishing and hunting, escape from wild animals, travel the world using various means of navigation, and warm up by the fire.

The project developers have prepared a lot of unique content for us: beautiful snow-covered landscapes with northern lights; new animations; visual features such as footprints in the snow. The fashion release is promised in 2021! (Source)

The development of a new story modification on the Call of Pripyat engine called 'Labyrinth' has been announced. The developers of the mod are several well known mod makers: The developers of 'Trapped', 'Dead City Breakthrough' and 'Time of Alliance'.

The plot of the mod starts just a few days after the arrival of Scar to Cordon. By mistake, the main character gets his hands on something that changes his entire laid back life. He seals a deal with Sidorovich according to which he needs to find a way to the center of the Zone, bypassing the Brain Scorcher. If he succeeds in finding such a route, it will make Sidorovich the richest merchant in the zone.

The tasks in the mod are promised to be linear, without any complex puzzles, but with cut-scenes, scripted events and side quests. The main plot will take you through both open and underground locations. Many of them taken from the mod 'Dead City' with certain changes to them. At the moment the main plot has been programmed for 4 locations and partially for one more. Release date has yet to be announced. (Source)

After about 2 weeks later, 'Labyrinth' developers published their first gameplay video. The video demonstrates the starting location of the mod, some of the characters in the questline and a few highlights from some of the tasks. (Source)

The OGSR Goldsphere port has entered open beta testing! Besides the obvious changes - those being the 64x engine and optional picture-in-picture scopes - there are many other changes and fixes. An example would be fixes for broken saves and logic, as well as the adaptation of the OGSR mod hud. Another highlight would be the implementation of a new weapon pack.

Goldsphere translators' note: This version will be the one available for download along with the translation once that's released.
Download is available in the link below (rus.). 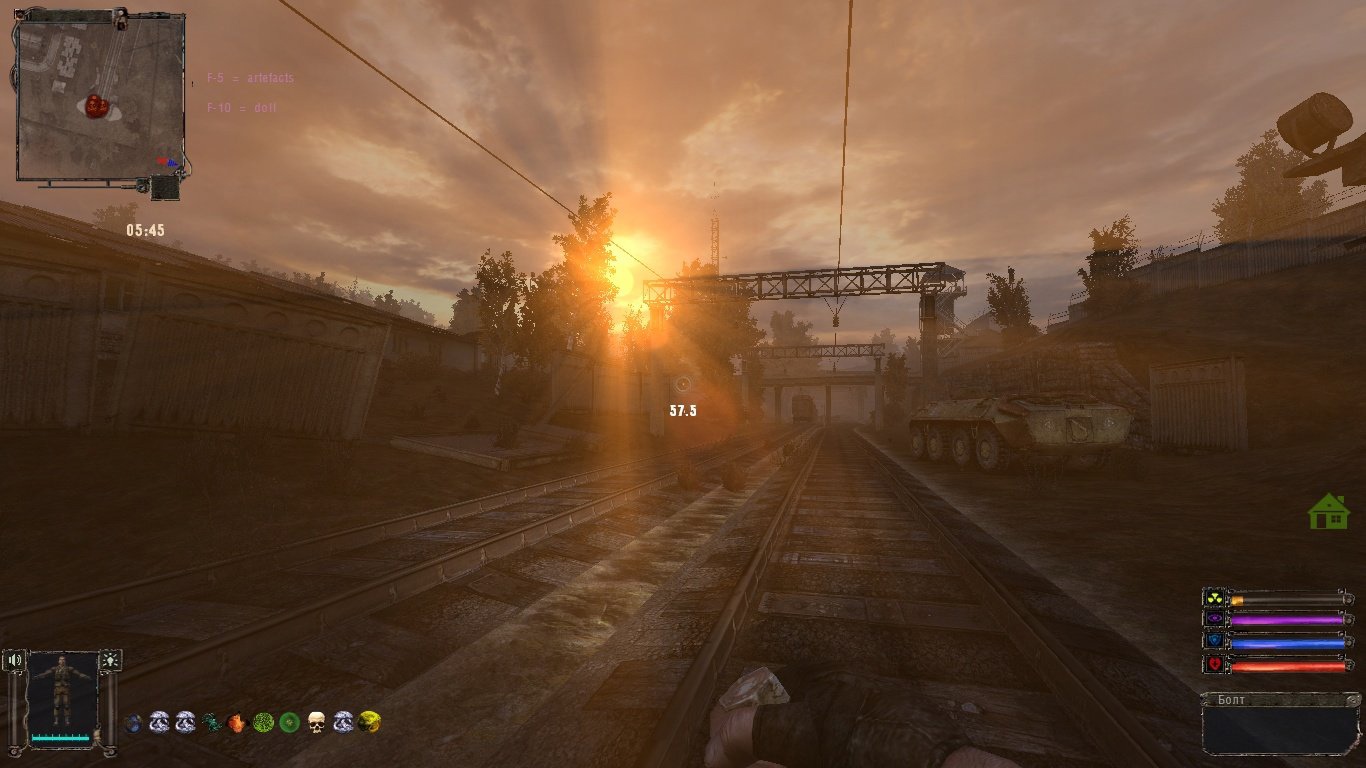 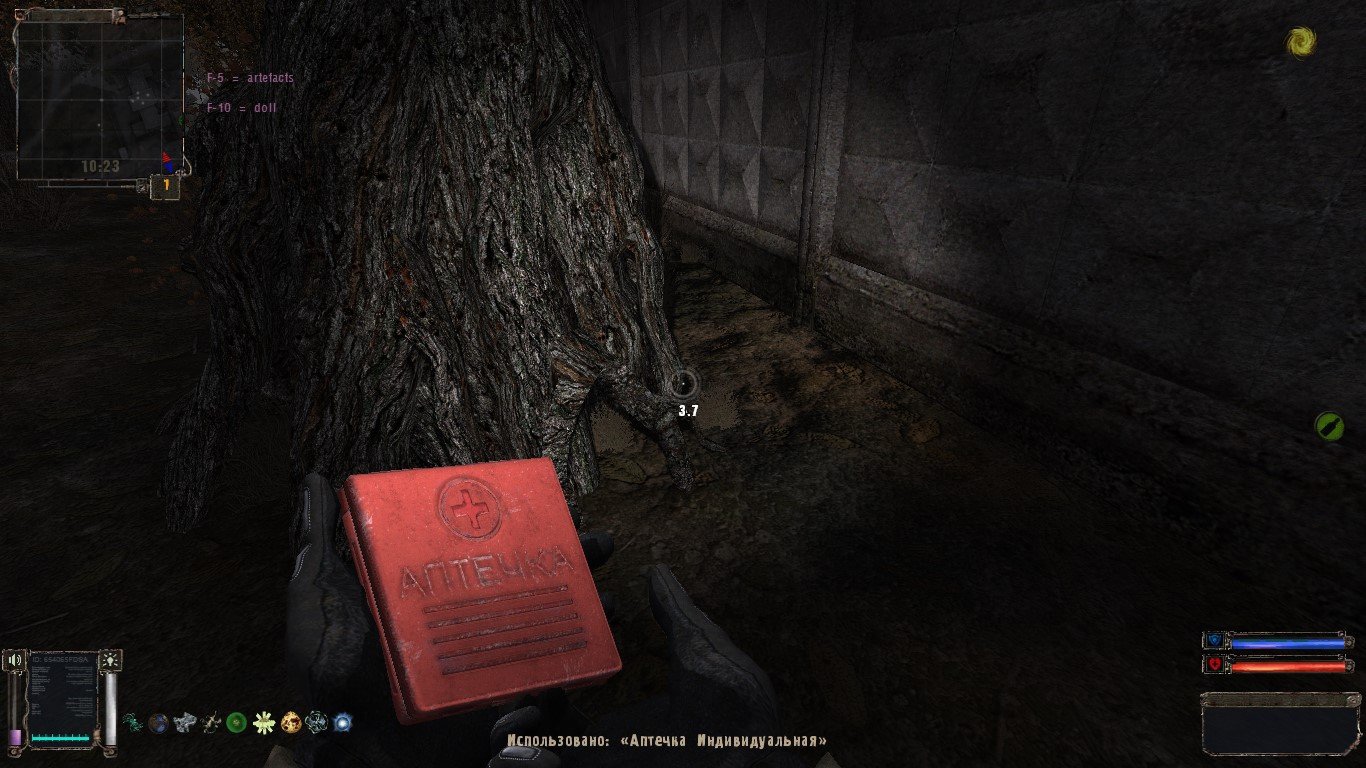 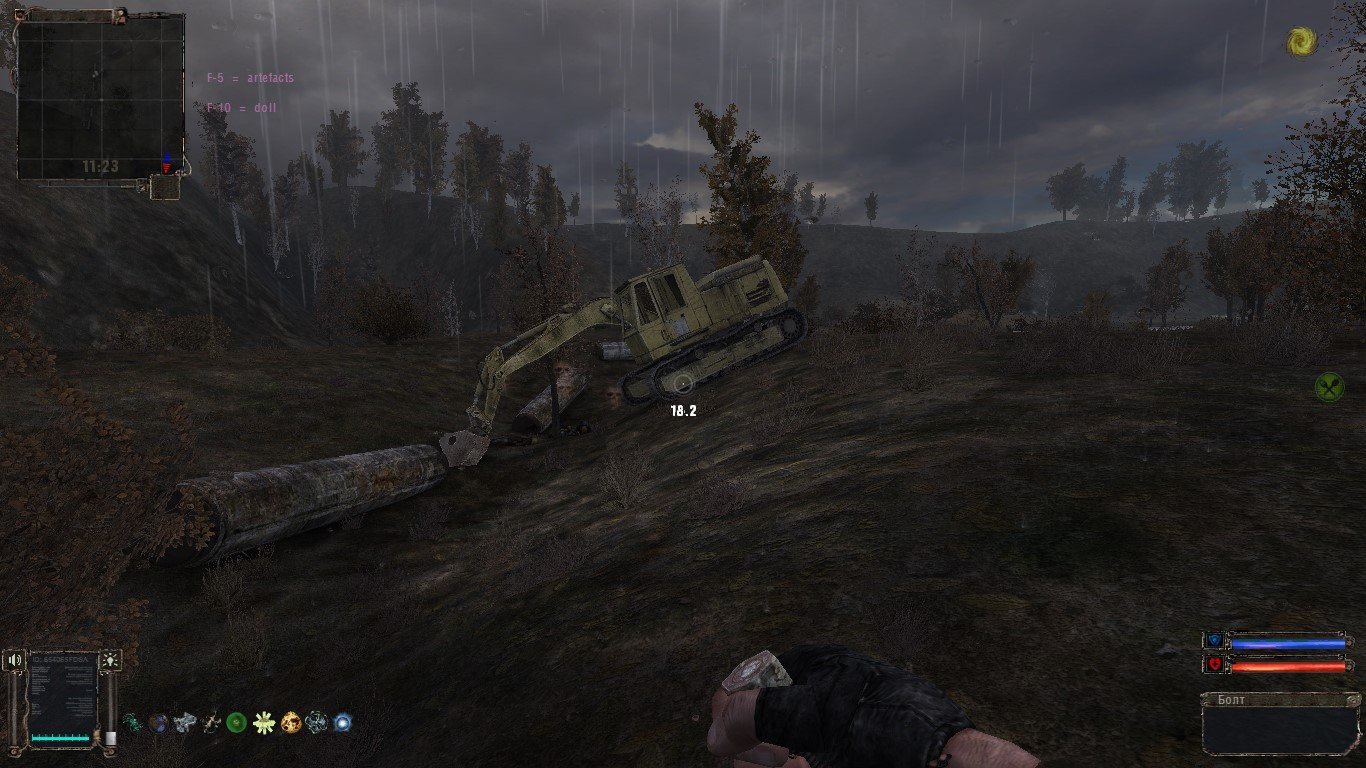 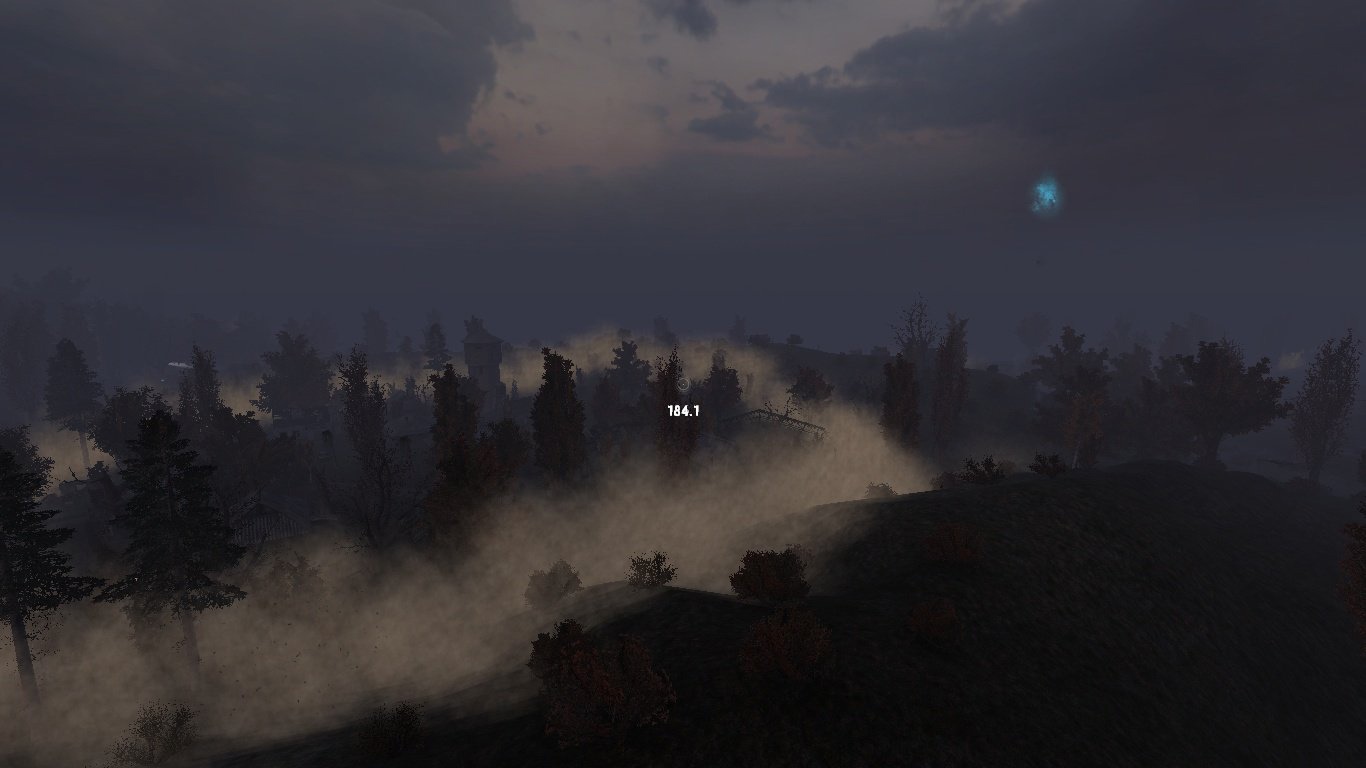 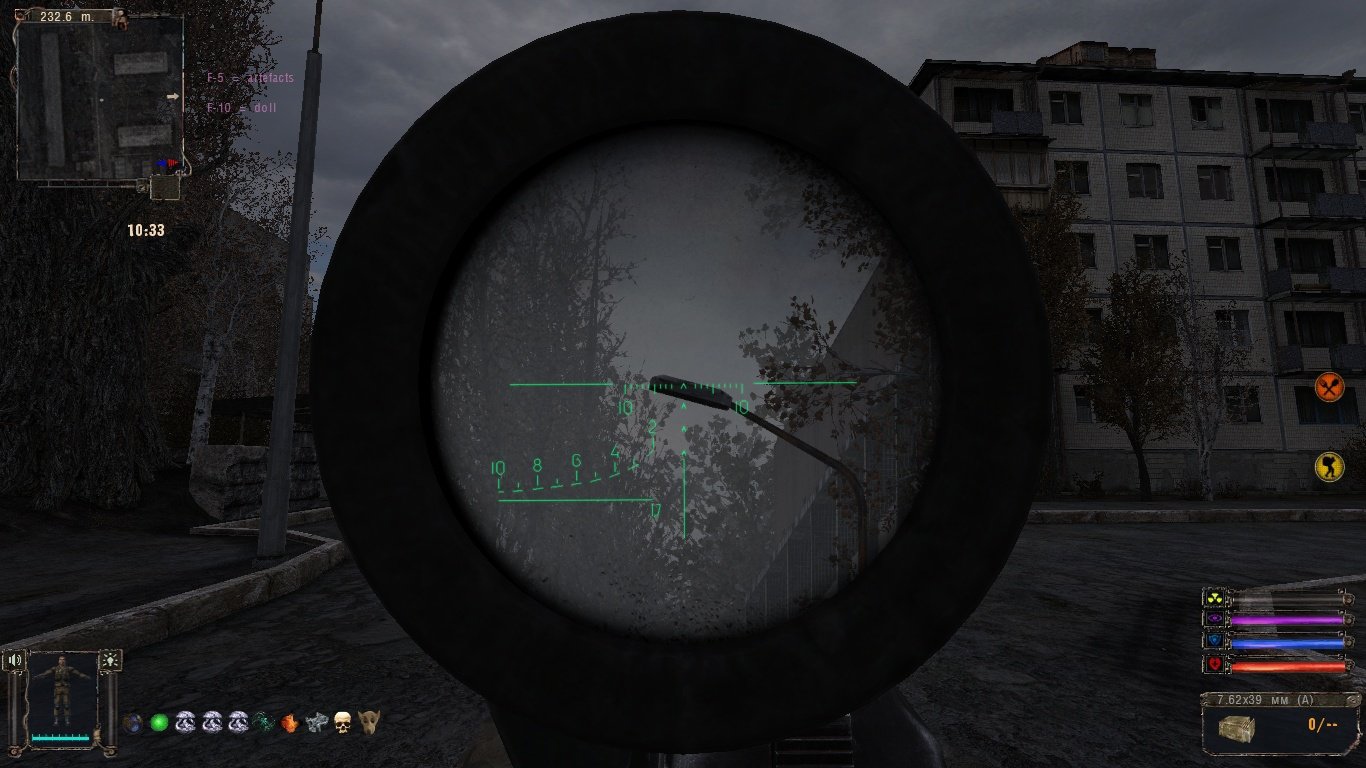 Another list of new changes for OP-2.2 has been revealed. Here are the highlights:

- Added: A new pair of binoculars, capable of auto-detecting turrets.
- Added: Phosphorus sticks.
- The hunger system has been reworked and improved.
- Many changes were made to the 'Sniper' and 'Kuznetzov's Deck of Cards' storylines.
- Stashes were reworked, as well as location spawns, cyclic tasks rewards and more.
- NPC and Weapon models were both reworked.
- Removed: 'Treasure in the Labyrinth' quest.
- The Clear Sky faction now has voice lines from the Clear Sky game.
- Trade/exchange limit has been increased for the main traders, as the mod became longer in length. 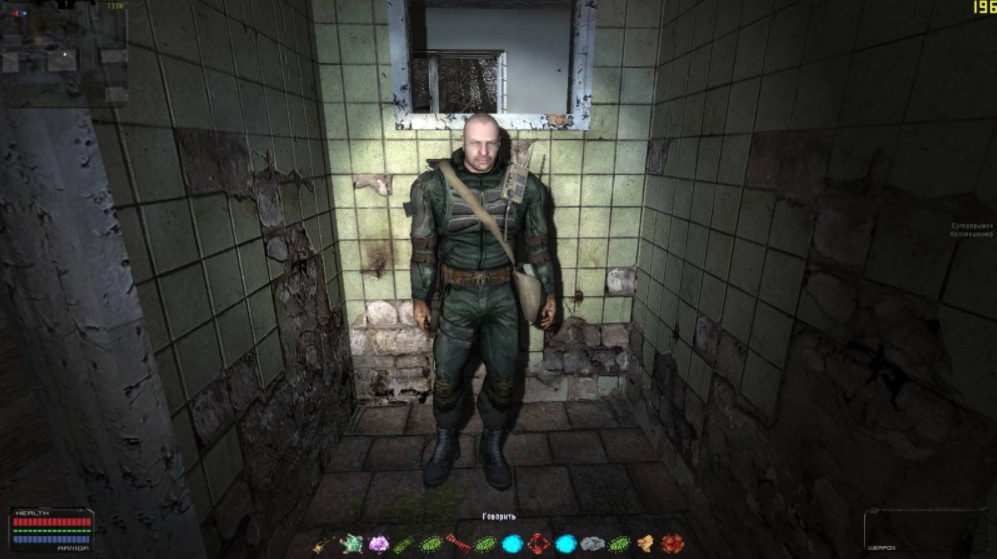 The original version of the small gameplay video of the 'Another Reality' mod, which was previously shown on Wolfstalker's latest Stalker-News video. The mod is being developed by the author of the 'Sunken into Oblivion' project. (Source)

S.C.O.P.E.' project authors published a new trailer for their project, where they showed some of the work they've done in the first six months of development. During this time, a lot of work was done to create the base part of the mod. Now the first chapter of the story is on its way to being implemented. (Source)

Bound by One Goal

Not even a month after the release of the mod "Miraculous Crystal, Granted by the Stars", its developer has announced their new project! The mod is called "Bound by One Goal", and the storyline revolves around a Monolithian nicknamed Atom. He will be destined to serve for the good of his faction and the glory of Monolith. He is ready for thorns. He is ready for pain. He is ready for suffering. He is ready for adversity. He is even ready for death. He is willing to do anything for the sake of the Monolith and the fulfilment of its will. The duration of the story is promised to be short - approximately 2-3 hours of play.

Whether the new mod will have anything to do with the previous one is still unknown, and the author has kept silent about the presence of a signature love line. The project is being developed on the basis of the Call of Pripyat addon. The release date still remains unknown.

The modder's previous work was praised by players with positive feedback, having an overall score of 8.1 out of 10. (Source) 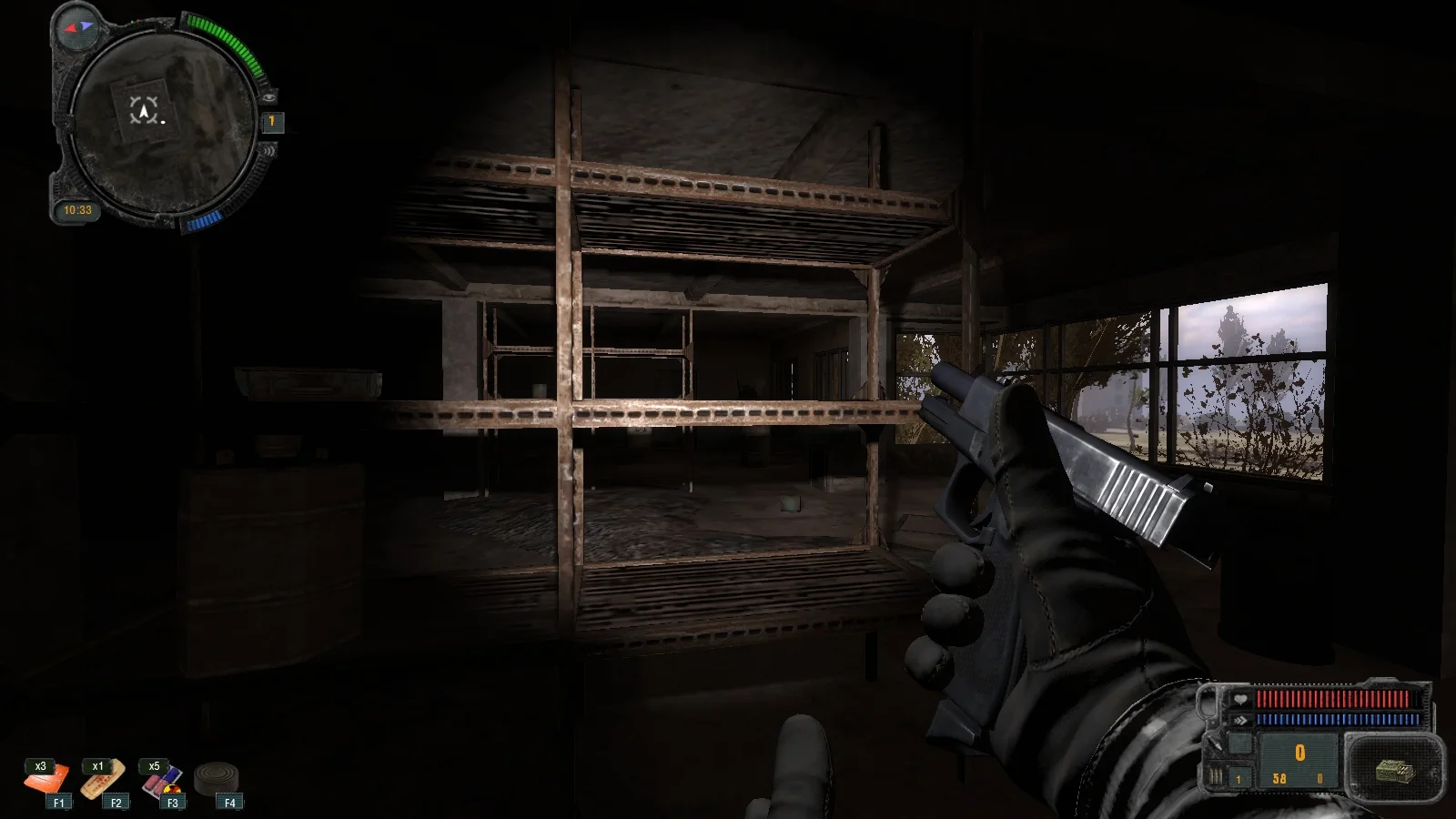 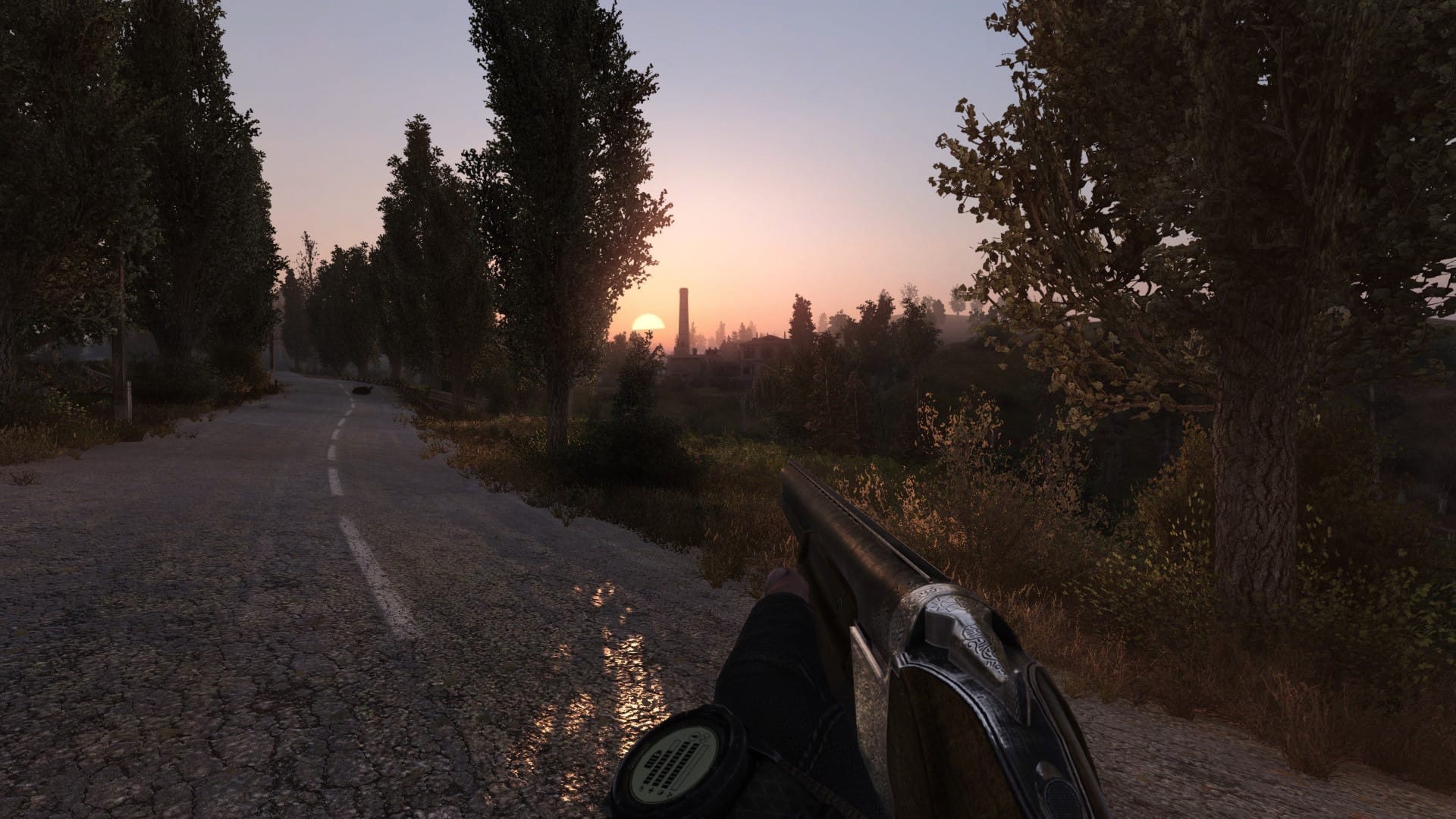 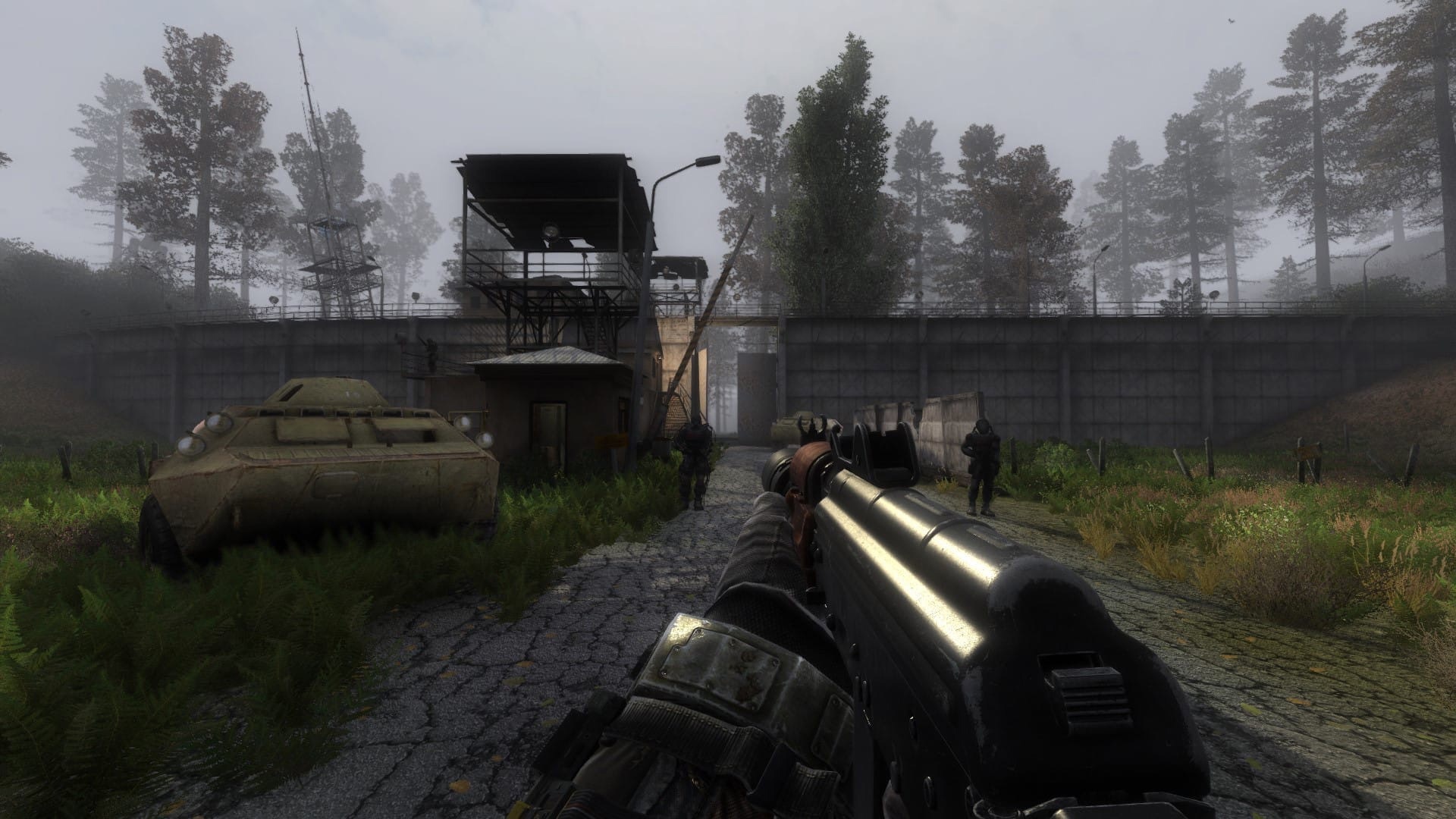 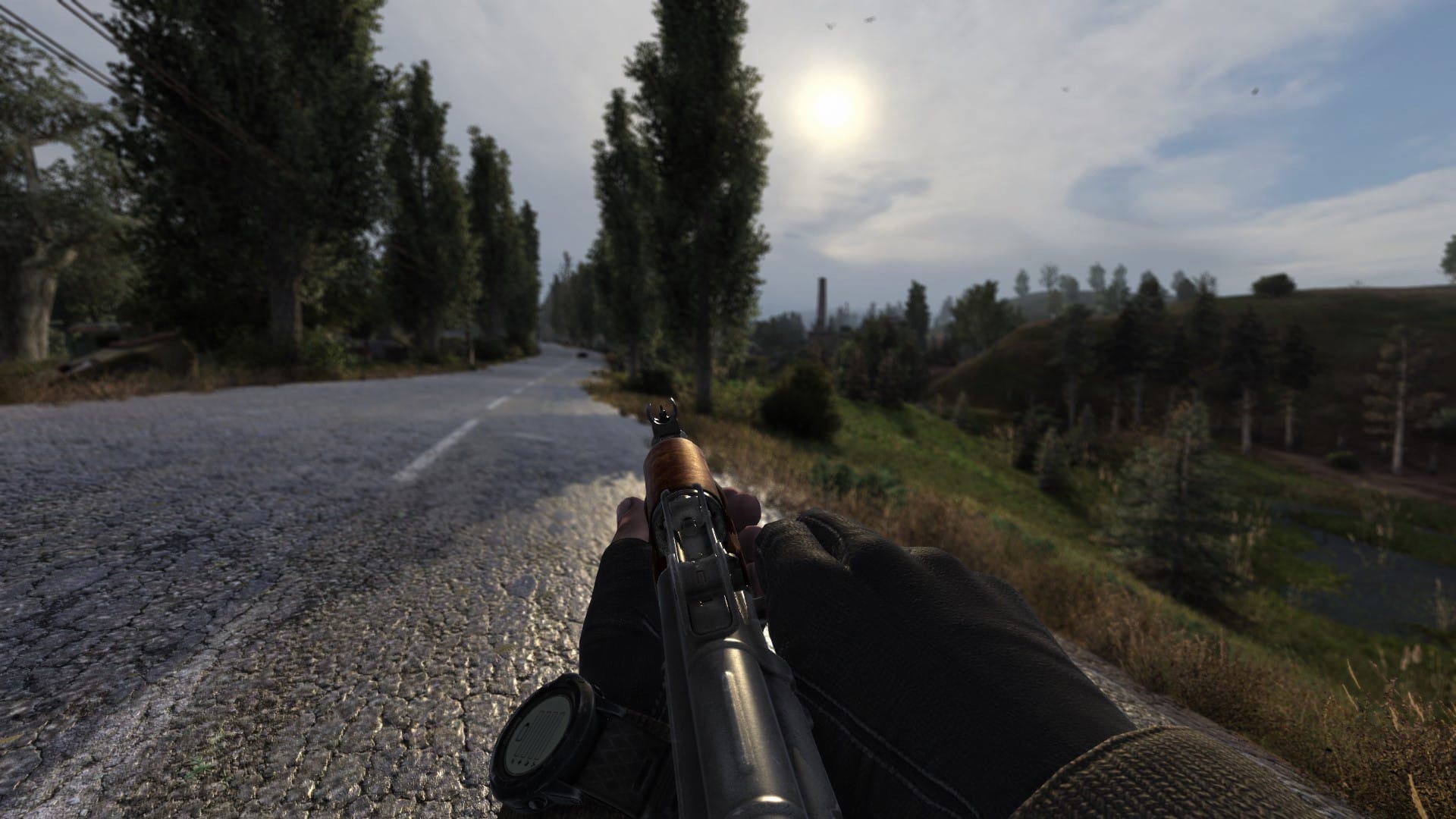 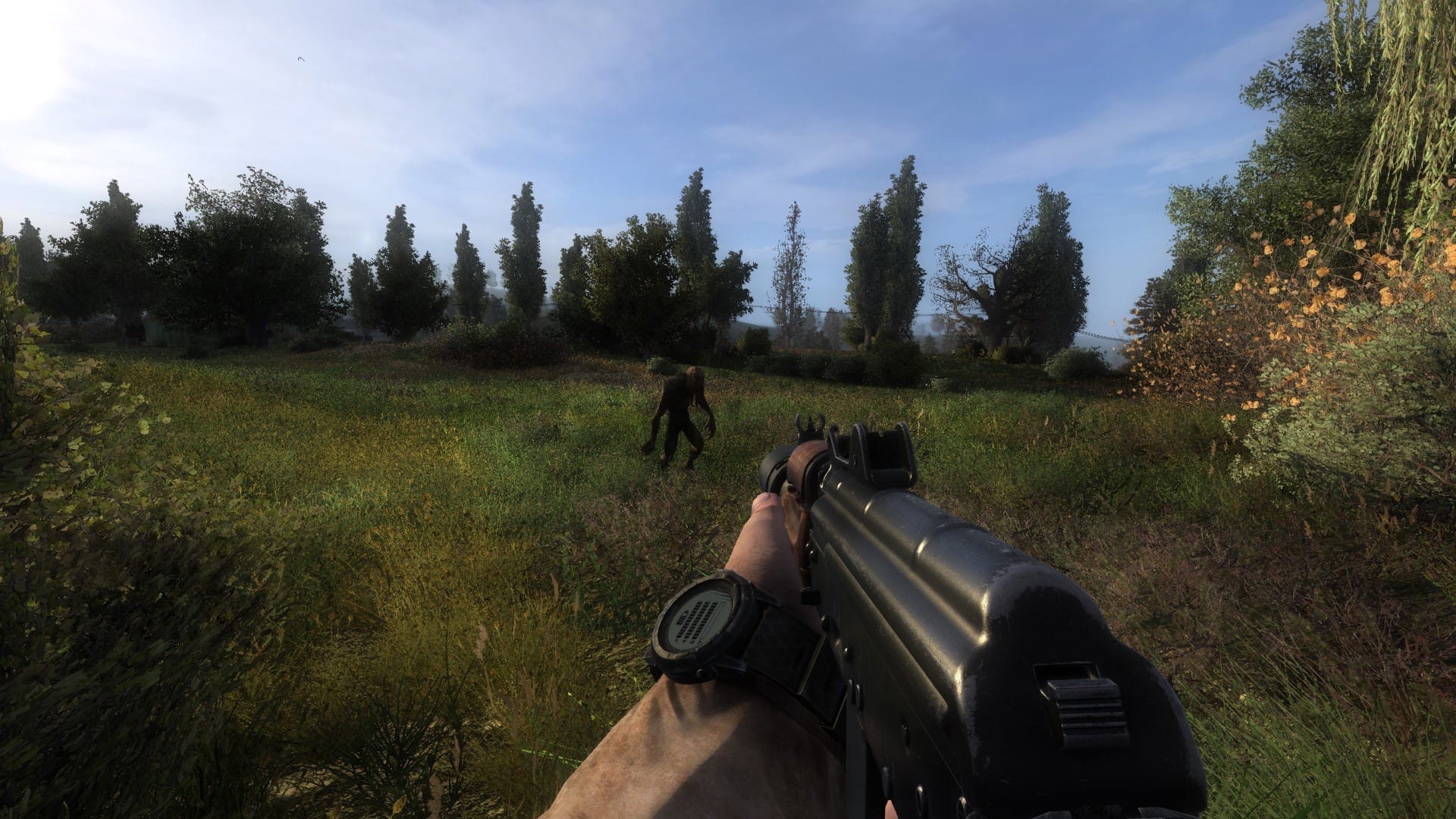 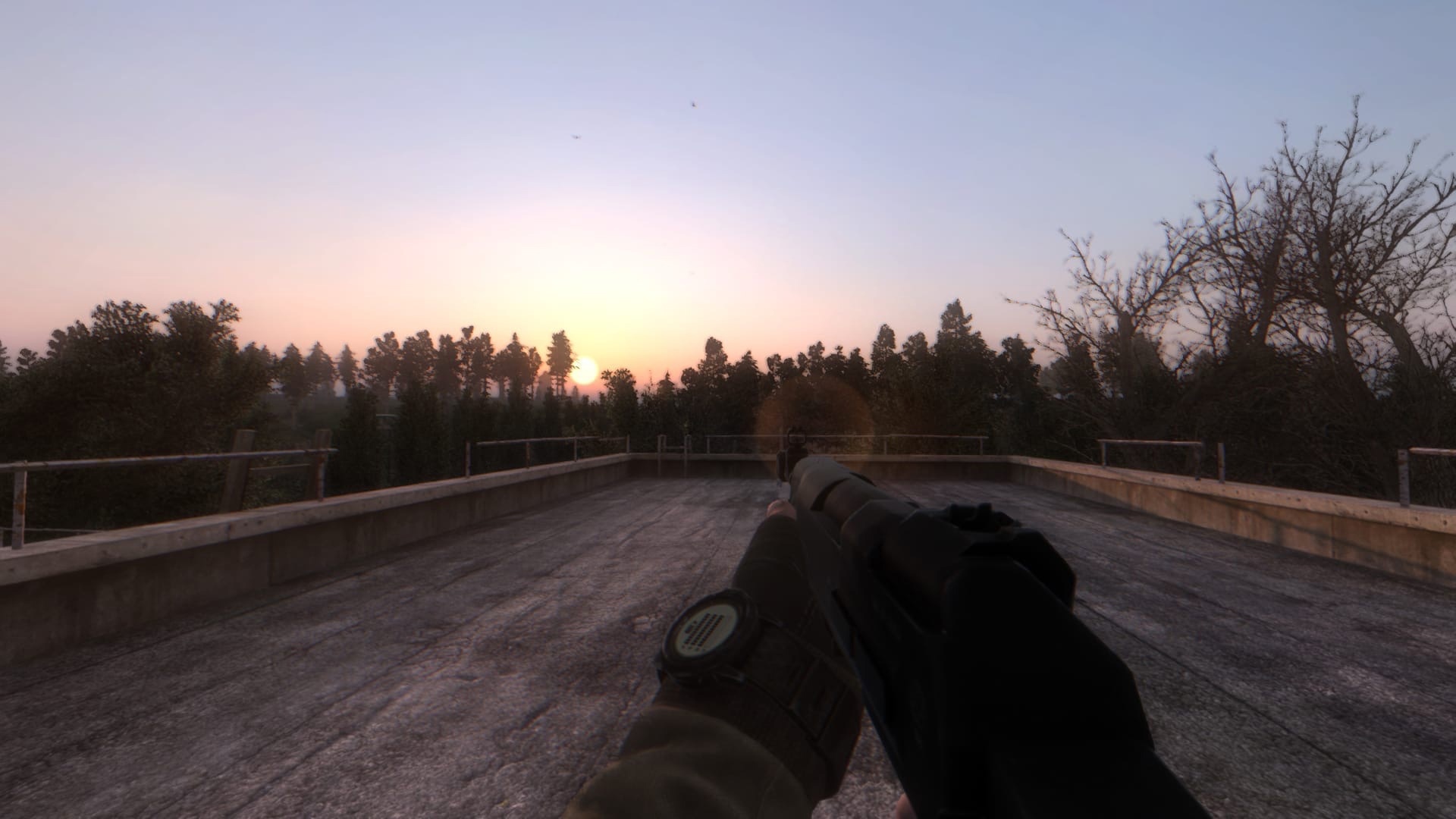 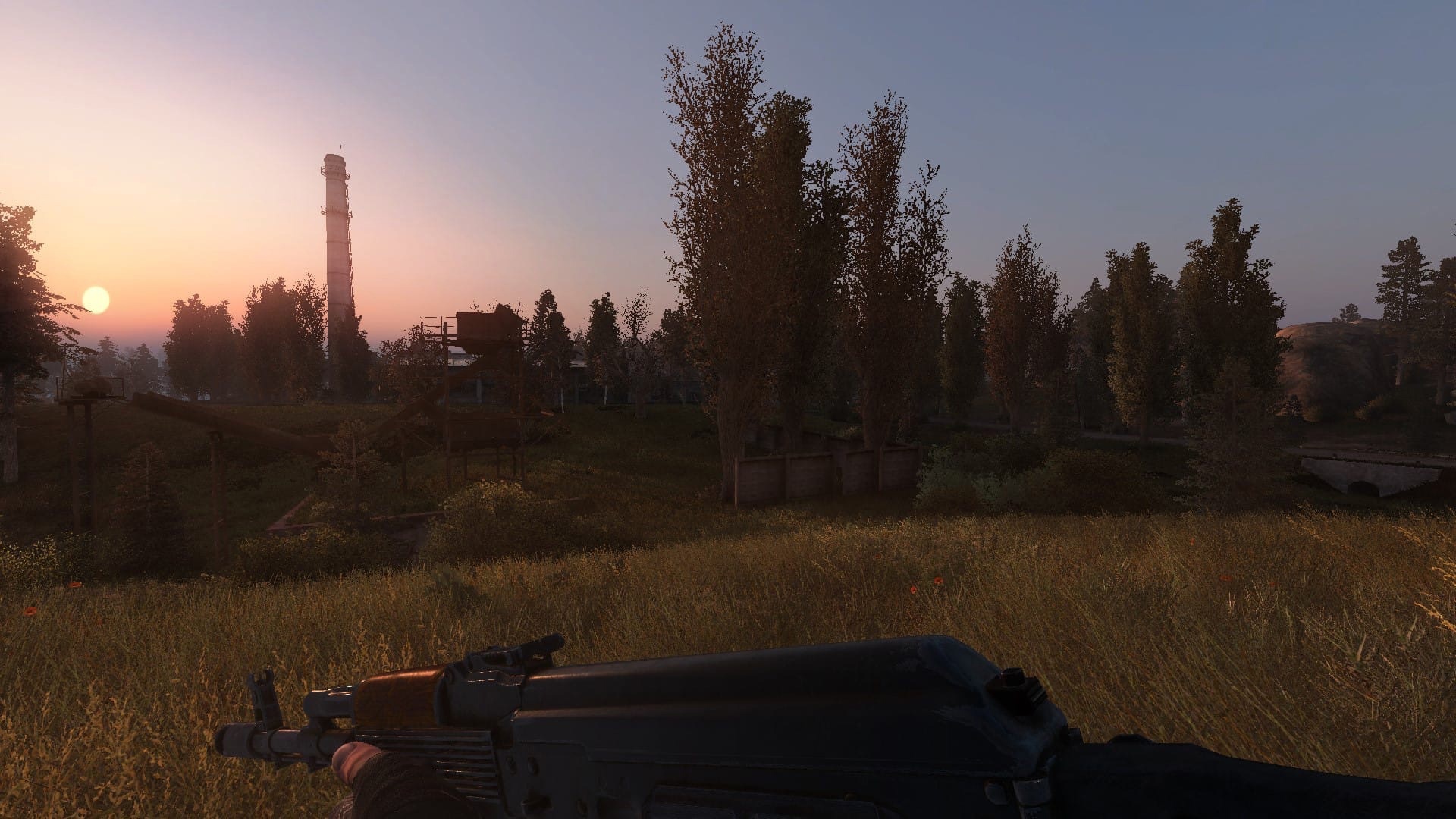 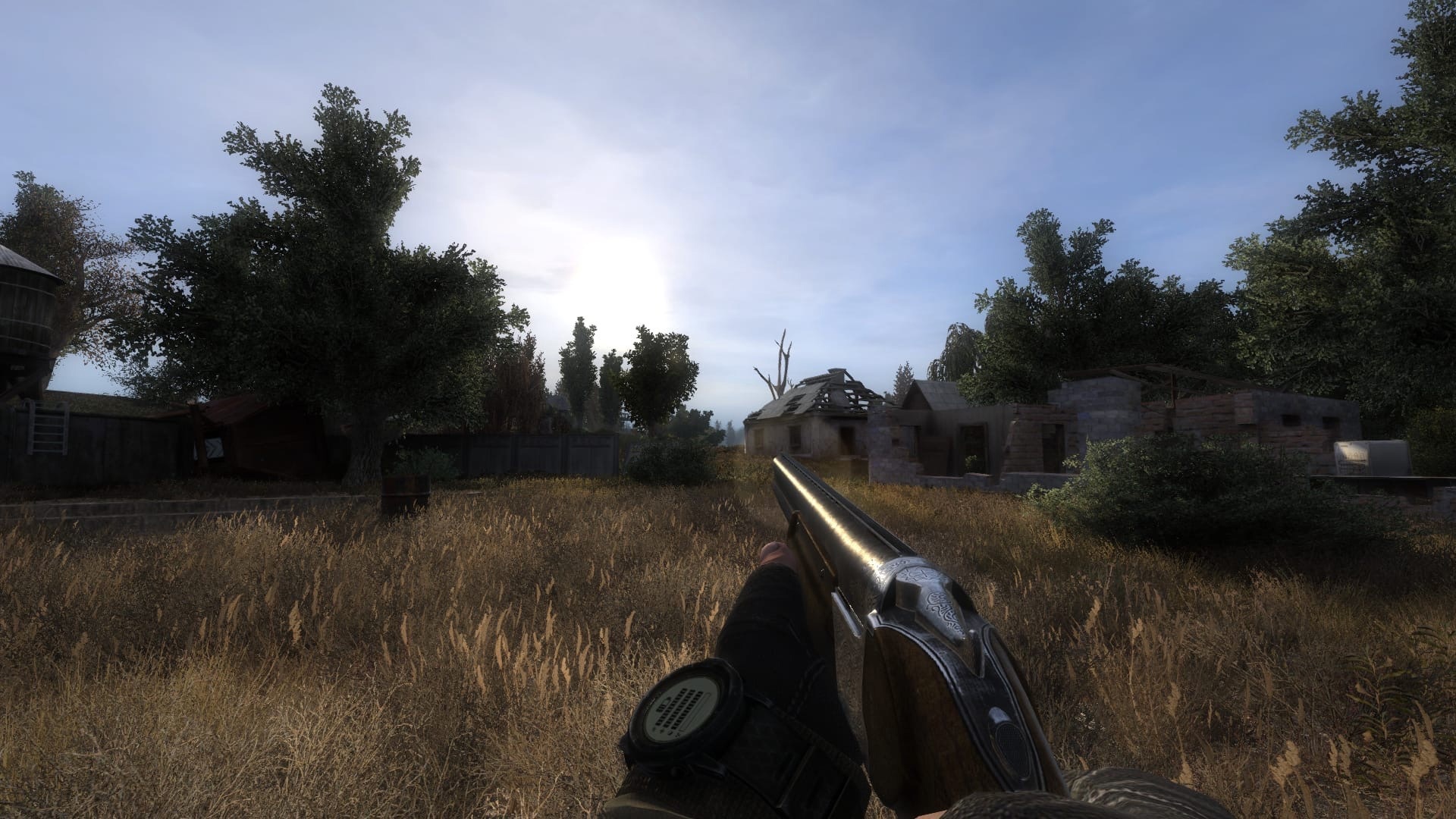 A new video and 2 screenshots were recently published by 'New Project' developers. The video demonstrates how Sidorovich's bunker will now look like in the mod. (1st Source and 2nd Source) 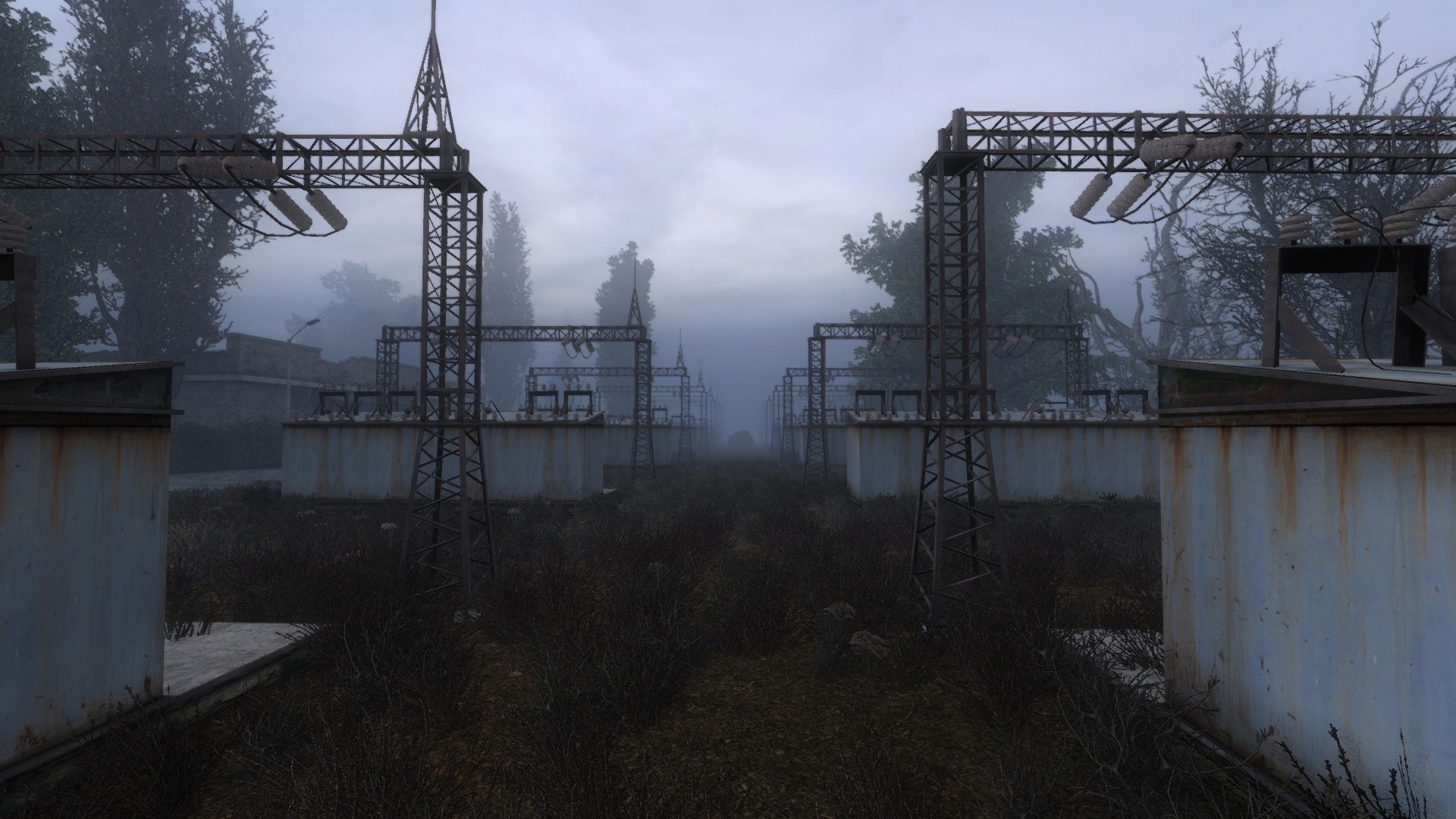 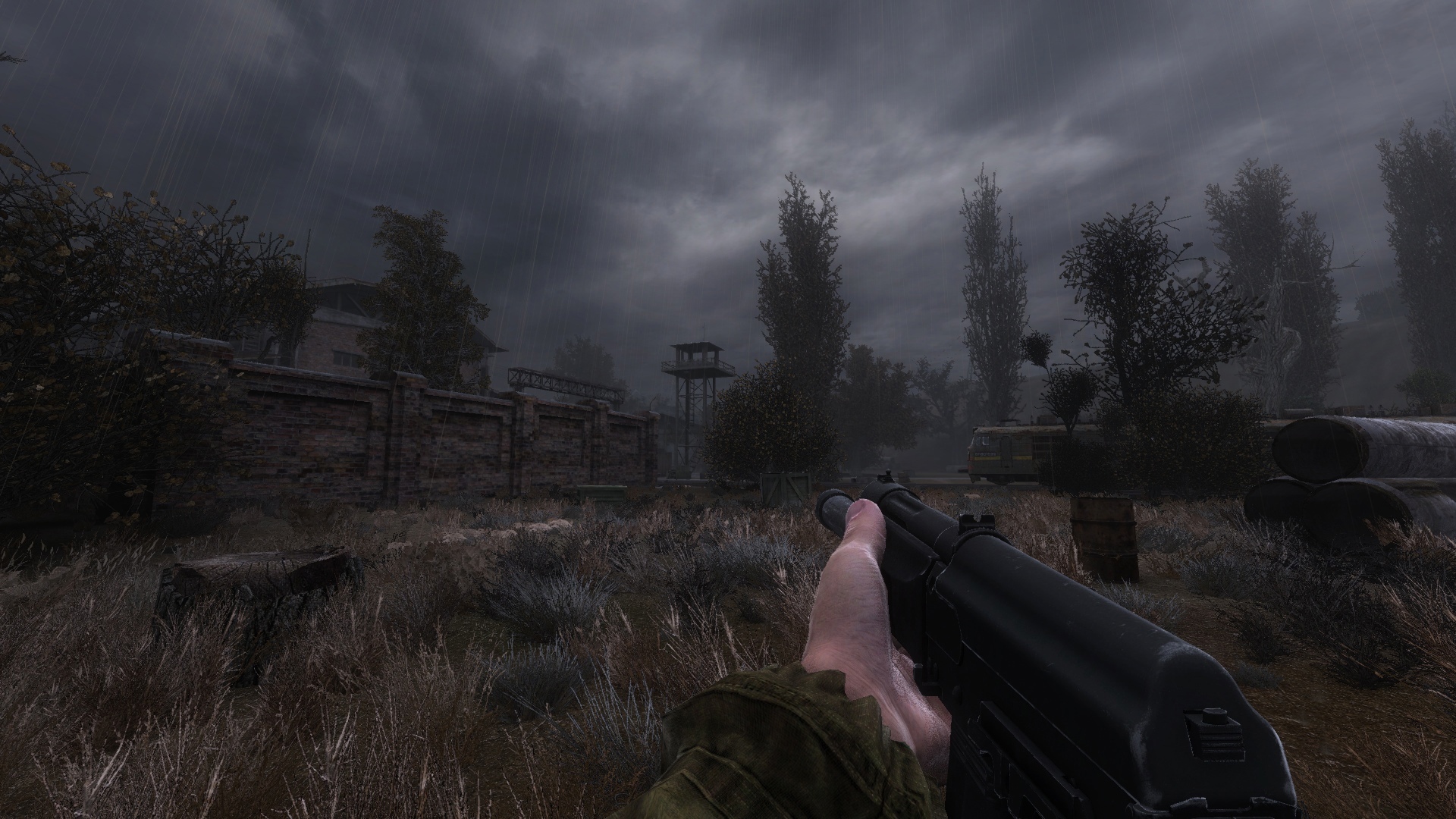 An overview of the seven locations in 'The Journey'. (Source)

A small gameplay video from 'Return of Scar 2' demonstrating a fight with a flying mutant in the night.

p.s. The mod's storyline has been fully finalized, says the developer. Only a few small things need to be done now before a beta can be released. (1st Source and 2nd Source) 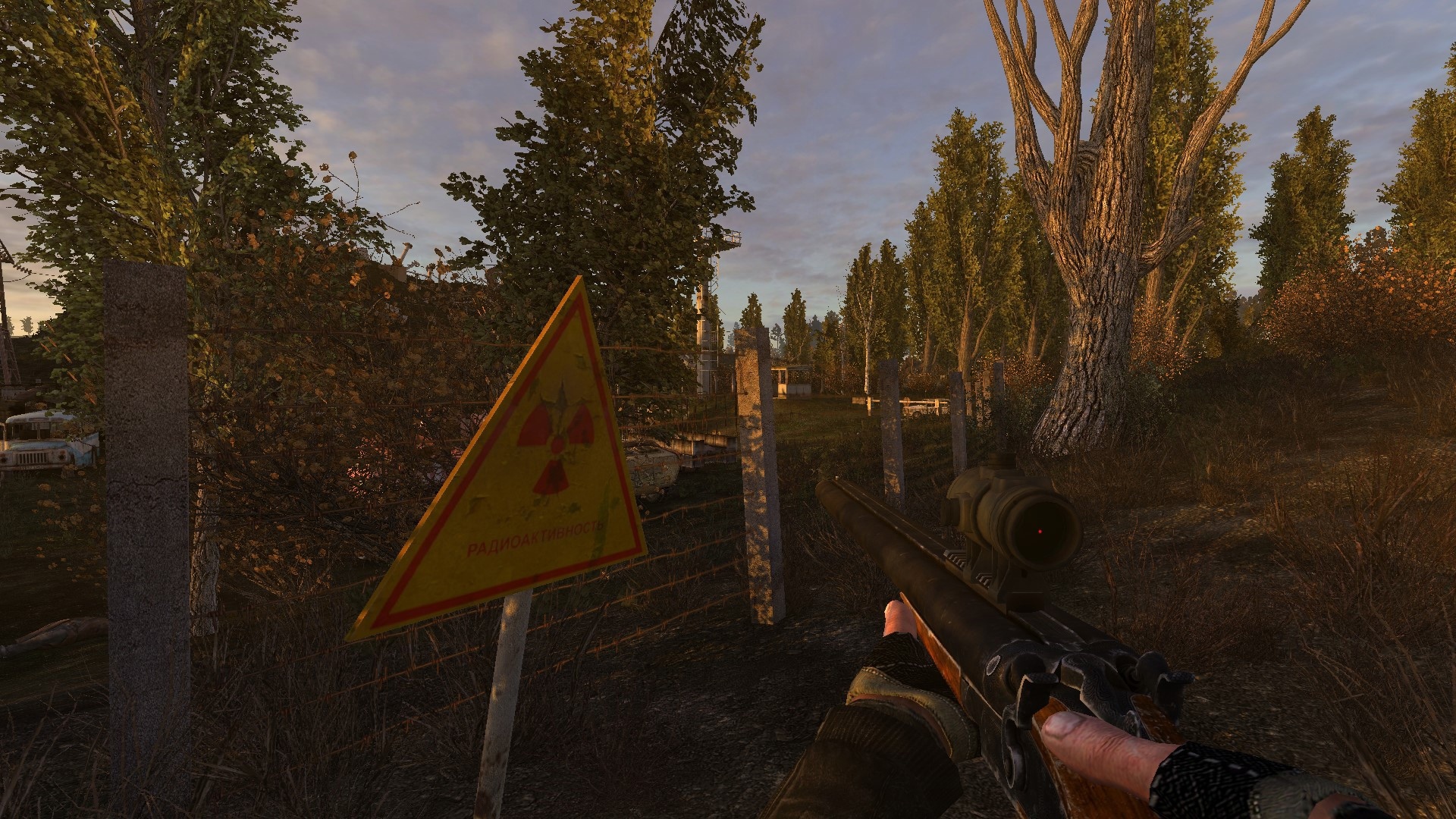 ABR 2 has been released, the page is too long to post here, so please check it out for yourself in the source and download the mod. (Source)

A new five-minute gameplay video from the "Project #2" mod. In it you may see a fragment of a quest, a small jumpscare, as well as the interior of an underground car park, in which stalkers live in. (Source)

Two new videos from the SWP developer demonstrating the new LR-300 animations. A build of this weapon pack for Clear Sky was also released a couple weeks ago.

Always a pleasure to stay in touch with the latest in STALKER universe.

Thankyou for an english version of this sort of news.

I try to cover these as well whenever somebody posts about them in the C-Con discord, in the dedicated stalker-news channel.

I'm starting to really like these news. Great idea!