Every stuffs need energy to move on ... which actually is some fat. Cars need fuel. Humans need burgers, chips ... :P One of the developement key elements, a game's fuel, is the story design, even if it doesn't appears to be at the foreground. It simply could be summarized like that : Who, Where, What, How.

So, we'd like to give you some informations about the story to show you that "Sprouty's Adventures" is not just a game about a growing up pot plant!:

Who : Sprouty, our sleepwalker acorn, and Hammy, a tiny cute pig that actually is a backpack in real life ^^ ...
Where : In a world called DayDreamLand. Divided into 8 regions (Treedream, CloudDream, AquaDream ...)
What : Our characters are about to live amazing adventures during which they'll have to travel across DayDremLand to free a princess (Rubby) and to find treasures. But things won't be so easy ... they'll have to deal with big vilains under Lord Bacon's (DaydreamLand's Tyrant) command ...
How : Walking !!! ( ... jumping and acquiring powerful skills all along the adventure). There also should have a few bonus quests that will allow Sprouty to get ability-objects ... What really could help him on his way and could be necessary to unearth hidden stuffs ...

Here's some fresh Artworks (may evolve):

The team-mates at the heart of the action : 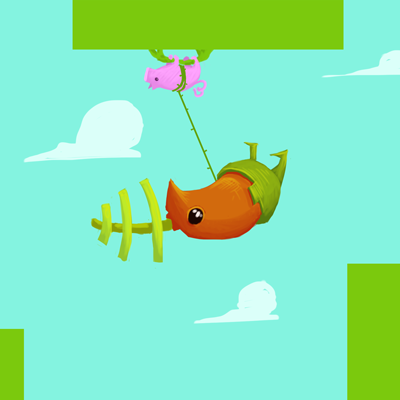