In Development is back and we're showing our Spring media, including a special contribution to the modding community.

Five months. Quite a long time for an update, I'll admit, but I think the wait was worth it.
Why did it take so long to update? Well, we're shy and we like our naps. However, we have a ton of work done and now would be a great time to show it.

Let's start with the simpler ones and work up. 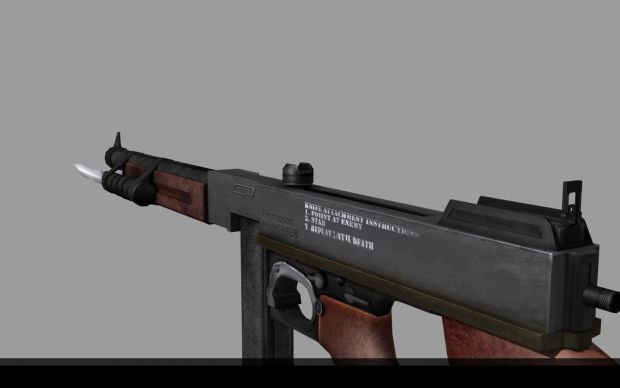 Our concept artist HeadCrab'D apparently can also do texturing. I gave him our Thompson model and he came back to me with this. With it's clear instructions printed directly onto the casing, I believe no user will ever be confused on how to properly use this weapon. 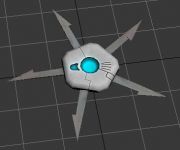 Here is our Pointer Debug weapon, which you may remember from the last Dev Vid. It's designed to be a throwing blade that you can curve mid-toss. We now have it fully modeled and textured, so the last step is to attach it to some arms and import the model into the mod.

Here's our Hunter Dement, fully modeled and textured. This model has gone through many versions, all of which were impressive. It was only finished recently, about 3 to 4 weeks ago, but hopefully we should be able to see this creature in action soon. 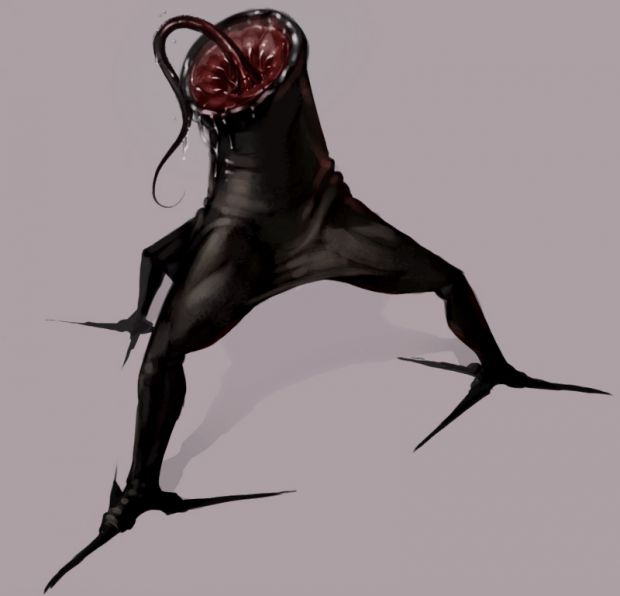 We have been planning to introduce a new Dement per chapter, and I thought that this one would fit best with Chapter 2, the urban Action genre. This dement is the Ranger Dement, it jumps from wall to wall and will hock a thick ball of tar at you from a distance. Using the Step Over against this Dement would be a bad idea, since you would probably die from the fall...


Here is our (planned) menu theme. It's meant to give a sense of despair or depression, yet still give you a feeling of hope. Yes, this is a semi-deep mod. If you remember from our interview a while back, this mod is designed to be a social commentary of sorts.


Here's the big one. During last semester I came up with this idea. Think about how current Source mods treat cutscenes. You are given freedom to move around and look anywhere, jump on peoples heads, or throw bottle at people. The control is never taken away from you.

What if this wasn't the case? What if you could momentarily make the player look a certain way, or have them move to a certain position? You could have more options with your plot line. You could have your protagonist stare in awe as a giant spaceship flies overhead, or have him get sucker punched and fall to the floor, or even have an NPC rescue your protagonist right before he falls to his death.

That is what the Cinematic System will do. It's a set of entities placed on the map that can control specific parts of the player in order to allow new ways to present a scene. You could have the player's camera follow a target as it moves, or have the player knocked out and be dragged away. It will even allow specific first person hand animations to play at key events. The system will allow mappers minor or full control over the player, allowing them to be directors for their cutscenes. You can have the camera look briefly at a target or have it completely locked on to it, the amount of control is completely up to the mapper.

This System doesn't overwrite the current Source style of handling scenes, it merely compliments it. For example, if one were to edit the scene in HL2 when you leave your airboat to look at a map, the system could have the player grasp the magnifying glass and lean over to get a better look. Afterwards, it can return control to the player and the scene can commence as it has before.

Something that hasn't been planned for the Cinematic System yet is the option to make basic decisions, like most RPGs do. If the idea were to be implemented, we could have a panel pop up that says "A - Yes, D - No, W - Kick". Such an addition shouldn't be too hard to implement, since it could just output an integer and the mapper could handle the rest.

Why is this Cinematic System so important? Well, you as a modder might find it interesting because it will be available to you for free. That's right, this system will be available for all modders to download and implement into their mod. I will be building on this system during the summer, and only certain mod developers will have access to it at this time. Once the essential parts of it are working, I will release a public beta of it, and update it as time passes. Since the system will be used many times for In Development, you can expect a high frequency of updates on the system once it becomes available to the public.

As for everything else...

The last thing I would like to share with you all is that we are cutting out about half of what we had planned for the mod. Considering how long it is taking to develop just one chapter means that it would be impossible to do six chapters within the next three years. Because of this, some things had to be cut out. We will only have three chapters now: WW2, Action, and Subconscious. While this will make the mod significantly shorter, it will make sure we release the mod within a reasonable time frame. On the bright side, all the things that have been removed from the development schedule weren't even started yet, so no work has been lost. The ideas are not lost though, so after we release ID we could possibly release a bonus episode containing the Zombie chapter and any other missing extras. For the moment however, I will try to shift important dialogue segments around in order for them to fit with the shortened play time.

That's about it for this update. We are still recruiting for a few more spots on the team, so if you are interested in helping us out feel free to send us (or, more specifically, me) a PM. We only need a secondary coder for now, but in the near future we may be hiring for other positions as well. Keep an eye on the ModDB recruitment forums and we'll see how things go.

Sweet update! Everything is looking awesome.

Great, not only has my attention been called to an interesting mod, but free hammer resources too!

Maybe "In Development 2" could happen at some point? It could be about the same length, but with the cancelled weapons.

Glad to hear another update from you guys.

Good stuff Blue, keep it up :)

Yo! Zombie chapter ftw!
And well... Make a lot of details on the maps now that you are planning, surprise me and creep me.

If our flashback sequences come out at least half as good as I'm picturing them, then it should. :P

the cinematic system has huge potential. the most difficult thing will be generating lots of animations for first-person perspective hands and interactions with in-world models, etc. but the goal should be to create something similar to the Modern Warfare first-person hand movements.