A progress and media update for The Apocalypse, a horror / sci-fi adventure total conversion mod.

The Apocalypse – a horror / sci-fi adventure total conversion for Half-Life 2 – is progressing very well. It’s been a little while since I’ve posted an update, so this post is long overdue.

First of all, I should address the name … those who have been following since 2020, when the mod first went public, will be aware that we were originally titled ‘The Apocalypse of Eden’. This was beginning to feel like a bit of a mouthful, so the mod is now known as ‘The Apocalypse’ unless there is a need to distinguish it from some other apocalypse (in which case the longer title will be used).

How is the mod progressing? The Apocalypse has been divided into 6 development phases. I have just completed phase 3. It’s worth saying at this point that the phases aren’t equally sized – the mod is roughly three quarters complete, and I’m loosely aiming for an end of year / start of 2022 release.

Below is the inventory / item selection system that Apocalypse uses for its inventory-based puzzles. You’ll collect items and they’ll be stored in the inventory. Some items – such as medkits – can be used / activated at any time. Other items must be used within the environments themselves – so, for example, you might collect a keycard and ‘use’ it at a keycard reader to gain access to a restricted area.

Apocalypse’s HUD is based on Lunar Descent’s, but I’ve made a few small tweaks. You’ll notice that the flashlight battery charge now sits under the health bar. I want the HUD to look nice, but be as minimal and nonintrusive as possible. 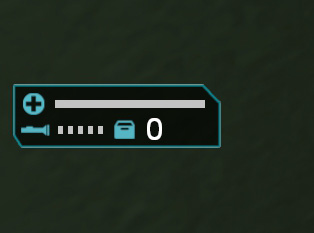 Apocalypse makes use of readable notes to flesh out its backstory. These notes are short and snappy, and entirely optional: 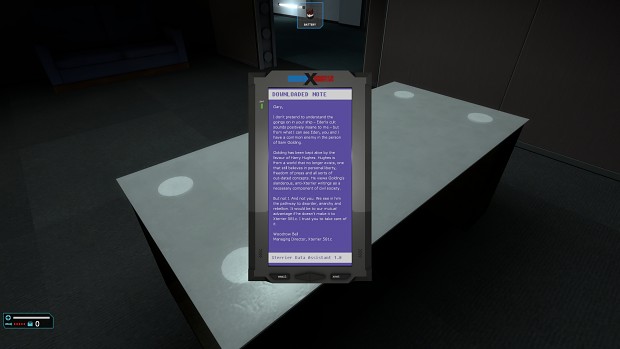 Level design (and the art assets that go along with it) has taken up the bulk of development time. I’ve put a lot of effort into trying to make the Ecclesiastes (the starship that acts as the mod’s setting) interesting to explore. Here are some select screenshots of some of the ship’s areas. Please note that all level design work is a work in progress. 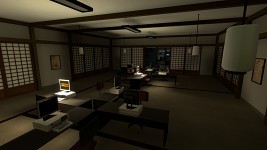 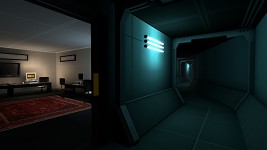 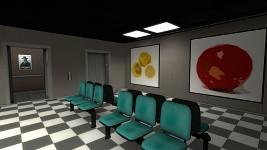 Feedback is very much appreciated. Also, if you’re interested in helping out, we are looking for somebody talented in music composition. If you think you might be interested, PM me and we can chat about the details.

All progress updates are posted here on ModDB, so to be kept apprised of any and all updates, all you have to do is follow our mod’s profile.

Quite surprised it's gonna release so soon, my only complaint is that most rooms seem to lack props on desks and in hallways, unless the clean aesthetic is what you are going for.

look interesting, I like the aesthetic of it :D

Thanks! I've had a lot of fun experimenting with the art style for this one.