Things have been pretty crazy and hectic over here lately. We have been glue to our computers and are preparing a TON of new content for all of you for this years EuroGamer 2010 convention. We have just over a week until the event starts. Here is a nice update to give you an idea of what has bee going on.

We apologize for the lack of community updates in the last couple of weeks. We have been bunkered down behind computers and we hope to redeem your forgiveness through this update. We have been working endlessly on all of the new content and technology that is being used for EuroGamer London 2010 and are still doing some post-work from PAX Seattle 2010.

Seattle one month, the next London! It is going to be a crazy Fall for us over at SGS. We are pumping away at 'ORION: Prelude' and the technology that is powering it. We are very pleased with how great the game is already looking and we cannot wait to share more details with you.

Speaking of said details - the next true glimpse of 'ORION: Prelude' that you will get will be during EuroGamer. We have a lot planned for this event and you guys and girls are going to love it. EuroGamer is taking place on October 1st - 3rd. We are currently in full production on all of the content that we will be showcasing.

While we are unable to show you much of anything until October 2nd, we were able to finagle the ability to show you this single image: 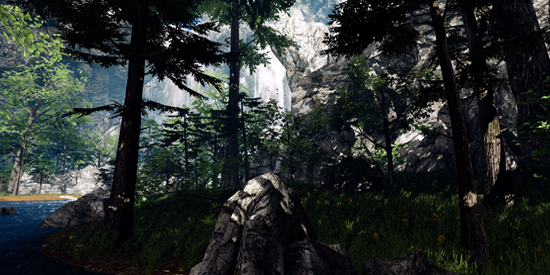 This is 100% in-engine, real time. This image was NOT modified in any way.

One of the biggest releases that we have planned for EuroGamer is the official Teaser Trailer for 'ORION: Prelude'. This will be about two minutes in length and it will show off 'ORION: Prelude' and what you can expect from it.

We will be releasing an extended cut of this Teaser Trailer at the beginning of November. 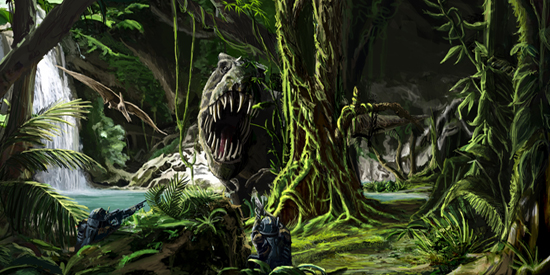 On top of all of the EuroGamer craziness that is already underway, we also have a super huge announcement that is going to be made in London.

While you won't get us to tell you much before EuroGamer, we will tell you that the announcement pertains to content in 'ORION: Prelude' and that you will love it! 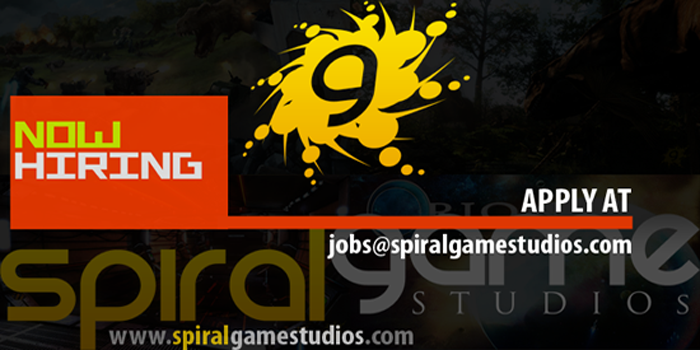 Want to have the opportunity in breaking into the video game industry? Give Spiral Game Studios a chance.

We are an exciting "new" independent games developer. We have been around privately int he shadows for the last decade refining and creating unique game series and multiple prototypes. We have an extremely solid foundation towards the company and many powerful partnerships including: NVIDIA, IGN, GameSpy and plenty of others.

We are focused on addictive gameplay, powerful and new technology and our community. We own 6 unique game series and are currently completely focused on our flagship game series, 'ORION'. We are a developer that regularly updates and informs its community and we have what we call an "open development" with our fans.

Check below to see what positions we are focused on scouting and nabbing. Please note that we are always keeping an eye out for talented individuals. Even if your position is not listed - send over your application. Just make sure to attach as many work samples as possible.

EXPERIENCE:
-1 to 2 years on a previous mod development group OR game studio.
-Working sample / prototype of your work.
-Resume attached.

ARTIST REQUIREMENTS:
-Able to familiarize yourself with an art style.
-Familiar with BOTH high poly and low poly modeling.
-Use of 3D Max. (If you are familiar with other modeling suites and tools - that is a definite plus)
-Produce clean UV maps.
-Create your own materials.
-Looking for a wide variety of 3D artists - specifically character. Also seeking Environmental and Weapons artists.
-Able to meet deadlines and work in a team environment.

EXPERIENCE:
-1 to 2 years on a previous mod development group OR game studio.
-Working sample / prototype of your work.
-Resume attached.

CONCEPT ARTIST REQUIREMENTS:
-Able to familiarize yourself with an art style.
-Able to visualize and display a world.
-Comfortable and educated with perspective.
-Fluent in all variations (scenes / illustrations / story board / characters).
-Great communication skills.
-Weird sense of humor.
-Loves color!.

EXPERIENCE:
-1 to 2 years on a previous mod development group OR game studio.
-Working sample / prototype of your work.
-Resume attached.
That is all for now. Keep an update on our website (some updates are going live this week) and come say hello on our community forums.

You guys achieved so much from a mod. It looks amazing and keep up the good work. I love the image too.

Thank you man - much appreciated. But stand corrected - not just a mod - but over ten years of insane amounts of work - don't think it was easy!

I do stand corrected.

You own 6 unique game series? Perhaps expand upon this?

Image looks amazing, buuut... Curious as to what you're getting performance-wise and on what kind of machine? Can any info regarding that be released? It's Unreal Engine I know so it's not going to be absolutely hammering, but just curious if it ups the ante in requirements.

You know we can't talk about the future game series ;)

Plus our current and immediate attention is directly on our flagship series, 'ORION'.

Regarding the performance. What you see is 100% real-time and in-engine. I can't say much but I will say that it is running better than the Source Beta. It will get even better once we actually start optimizing the performance and replacing some scenes with more efficient static meshes.

Hey, I'm guna be at the Eurogamer expo, looking forward to seeing the game :)

But if you find me - you get to see the Teaser Trailer early ;)

Damn, wish I could be at Eurogamer :(
Great Job Praz, you've done and achieved so much, and are going to achieve way much more, wish I could say the same about me, really.
Good Luck either way man ;)