Yes, ladies and gentlemen its that most delightful place you all wish you could visit. The sewers! Wether you fancy a romantic picnic or a relaxing evening walk, the delightful scenery of the sewers has got you covered. Visit one of our many attractions such as "rusty pipe", "wet concrete" or the all time favorite: "unidentified floating object in water". Visit the sewers! Soon to be featured in the demo version of SPECTRE.

I notice that I have not updated this games online profile in a while. I have been busy working on it quite a bit and some of you who follow my work on discord have likely seen a lot more than I will show now. This is because I try not to utterly flood the thread with screenshots.

If you've been around the indie game development scene for a while you might have noticed that its pretty terrible compared to what it used to be... but thats not why I bring it up... I bring it up because you likely also saw statements like this on your own, Duchenkukes or my work in progress media across the web. "If you can do this in GG, imagine what you can do in unity or unreal". Well, there is a certain amount of ignorance inherent to this statement as I have lamented many times. This kind of particular feedback usually comes from players who might have a relatively warped perspective of what goes into making an entire game. Making a video game is meta art. Meaning that you have to be relatively proficient or at least semi competent in all the artistic and technical skills it entails. 2d art, 3d art, music, code, writing and more. The reason I can make this kind of game is because game guru is easy to use. Believe me, I have many hours in both unity and unreal and can tell you long and drawn out tales about just how difficult it is to make a full game, on your own, in your spare time in such an engine. Sure, if you are the type that works well in a team and if you have the relevant skills to bring to the table, by all means... but for lone wolves like myself? Just nah.

Unless you are willing to make an entire game out of random stuff you got from the asset store in which case...why bother?

Well, the above tangent aside, I only bring this up because I have begun adding minor details to the third mission, which will serve as an early beta demo for the game. (its most of what you have seen in the more recent updates and what you will see in a couple more to come).
This meant that I had to do things I never actually made before with mixed results. My first attempt in making an animated decal is ... well, almost decent. Some frames are out of order and the playback speed is warped but it shows some promise as can be seen here.

Another thing I needed to do was adding more variety to the characters. I went with the stock characters by choice and in fact, the CC system allows for relatively easy imports when it comes to custom faces and attachments. I've never done much character related work...you might have seen some in my 3d threads throughout the years...it must have been like 4 to 5 in a decade so I am quite glad that the hair I got going for my lasses looks more than alright. 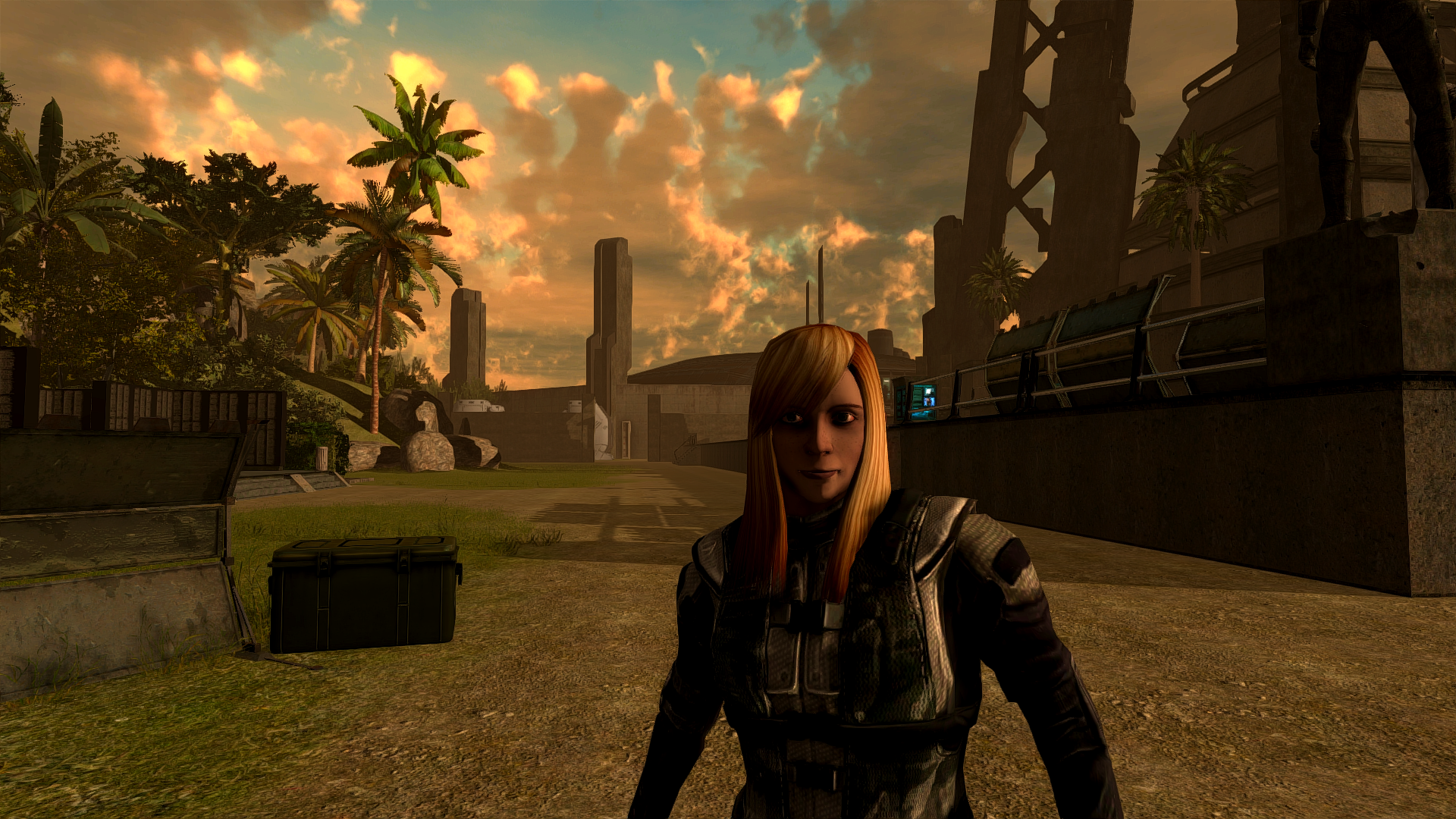 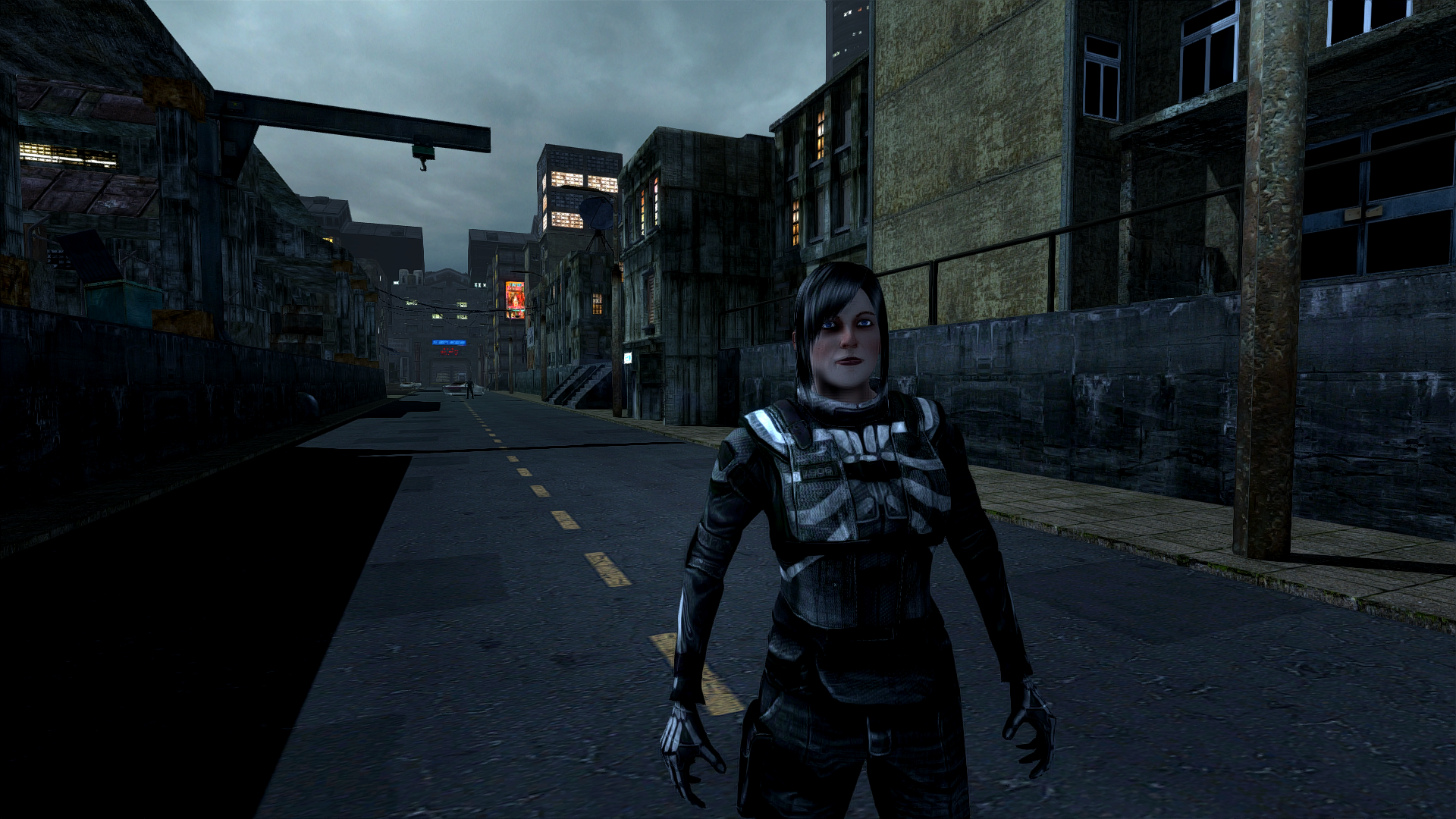 As importing these into the character kit is relatively straight forward, I have also penned a tutorial about the whole ordeal which can be found here.

So much for that. Another thing I added is the sewer level, this will be quite an eeriee level that will have a few surprises you might not expect. In any case, its mostly done and some screenshots can be seen here. Not too interesting to look at in pictures but I think it will make for a decent romp.... I mean... as far as sewer levels are concerned, its probably not going to be the worst in gaming history. 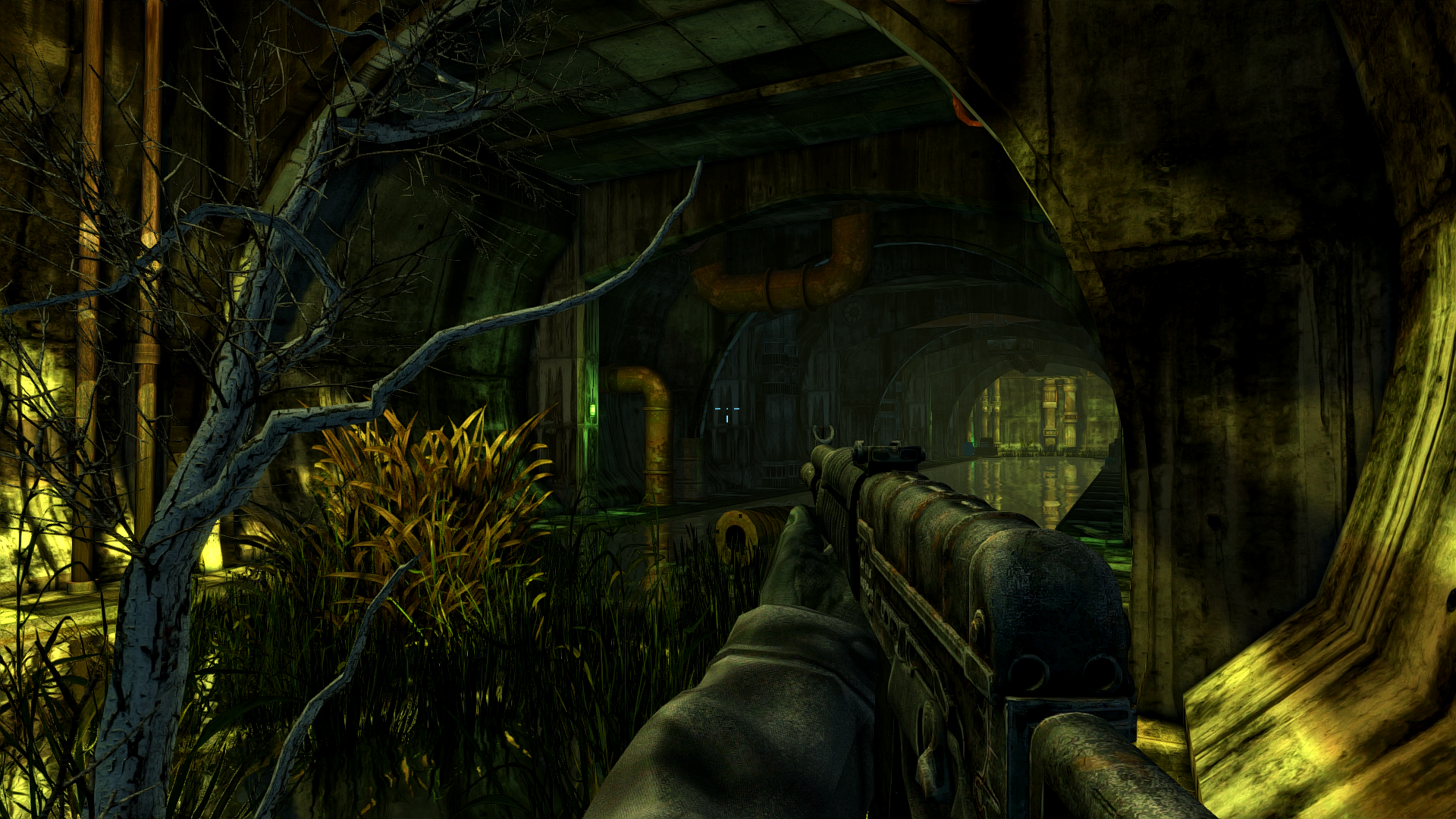 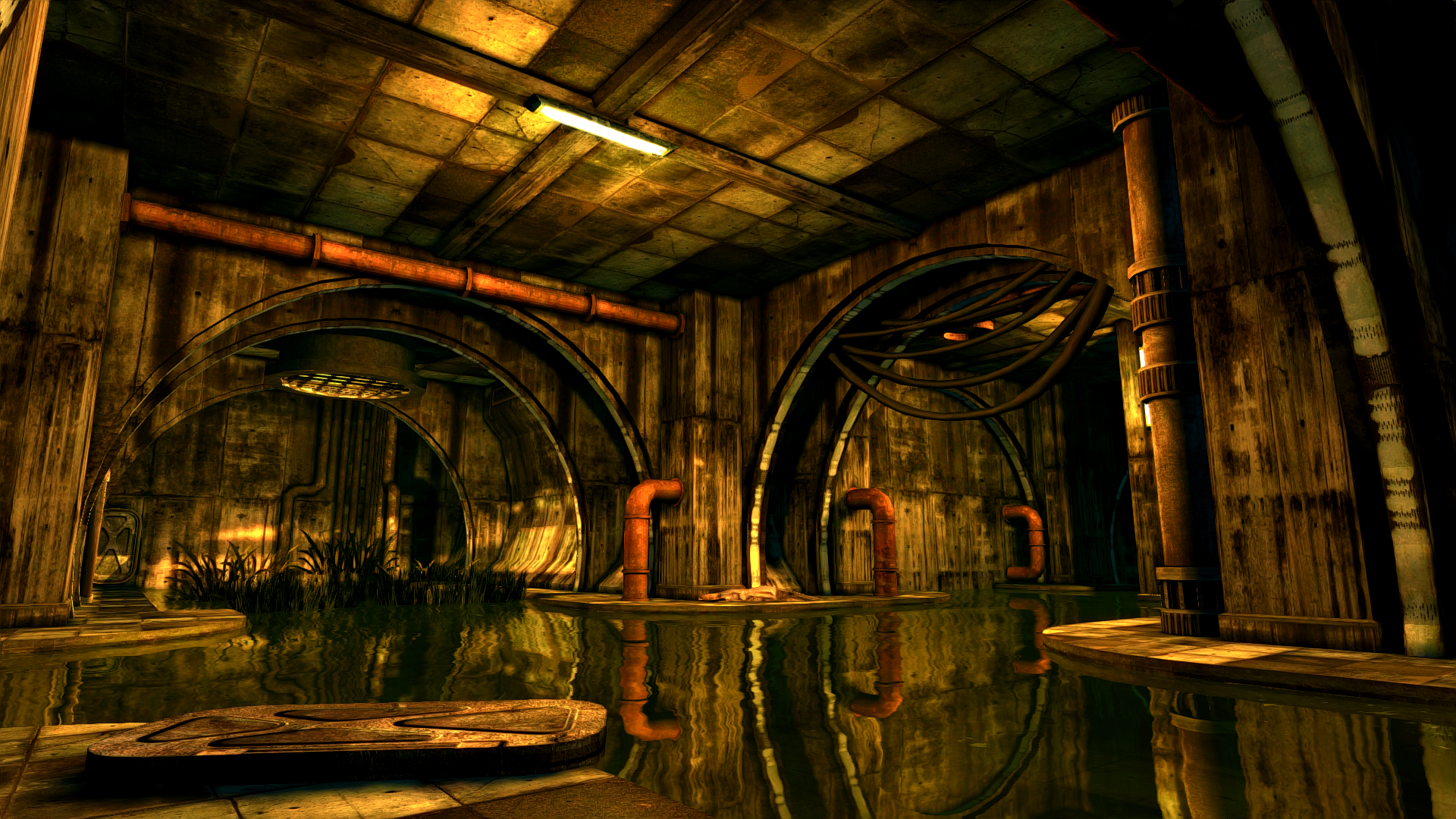 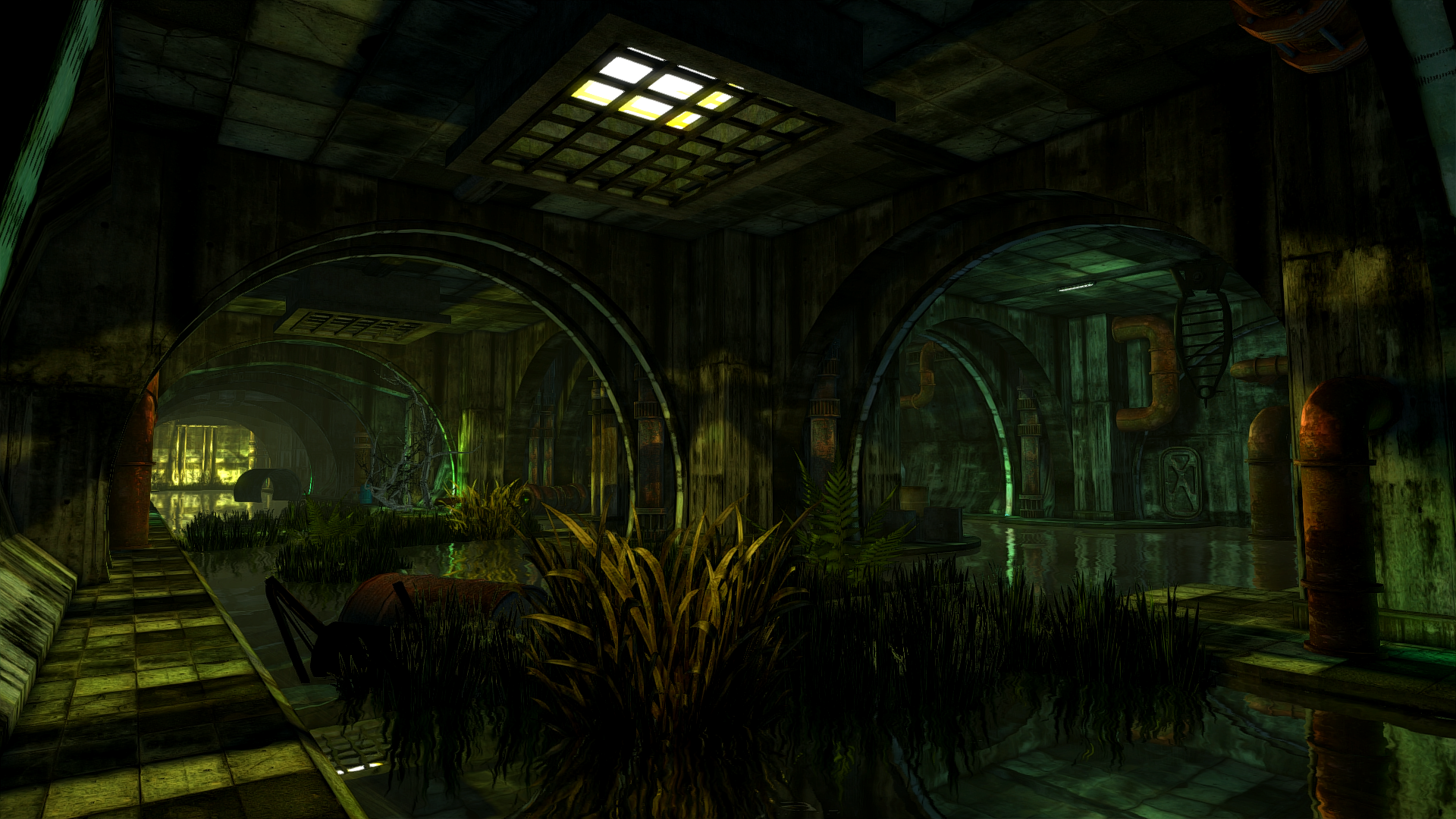 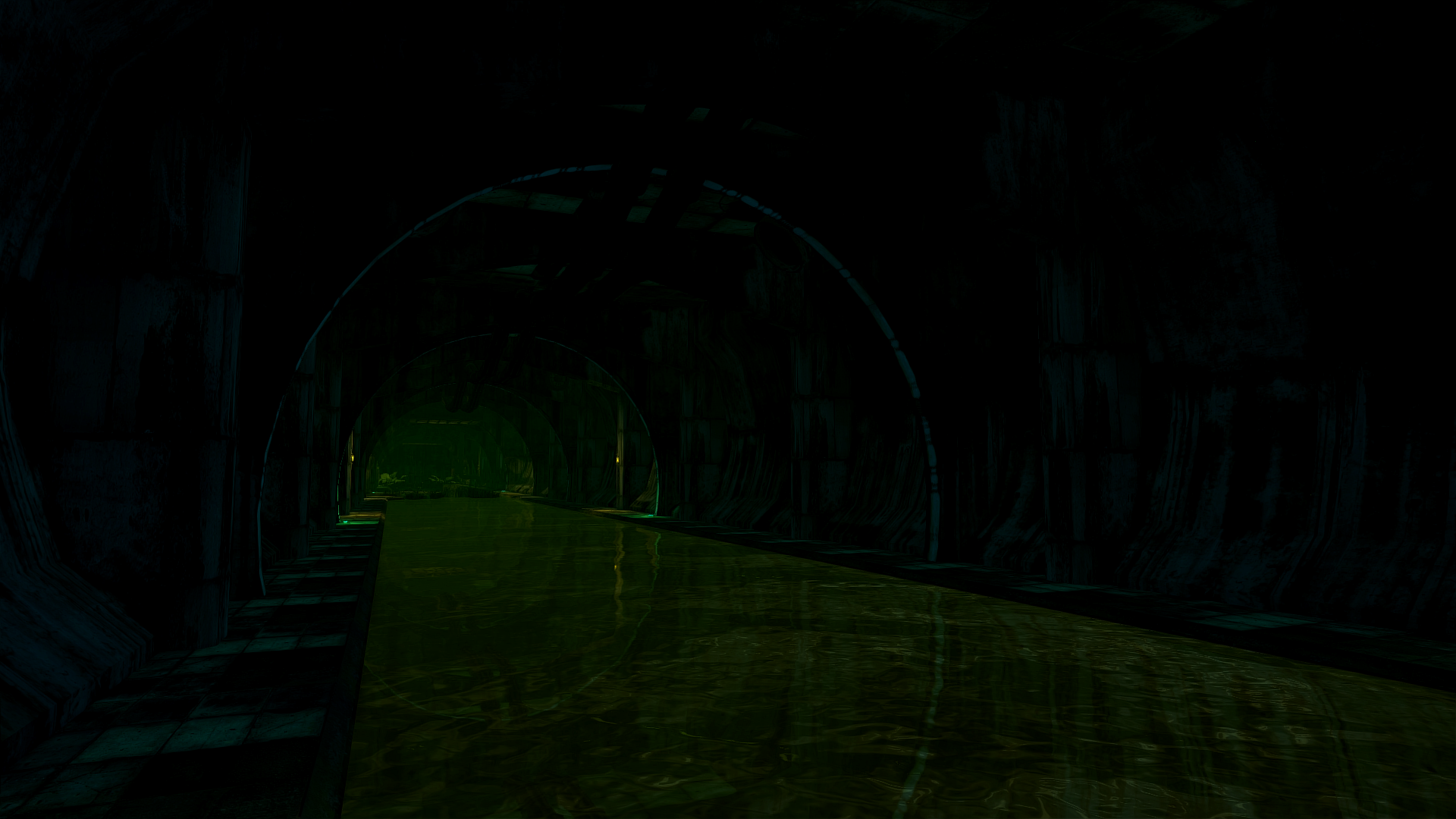 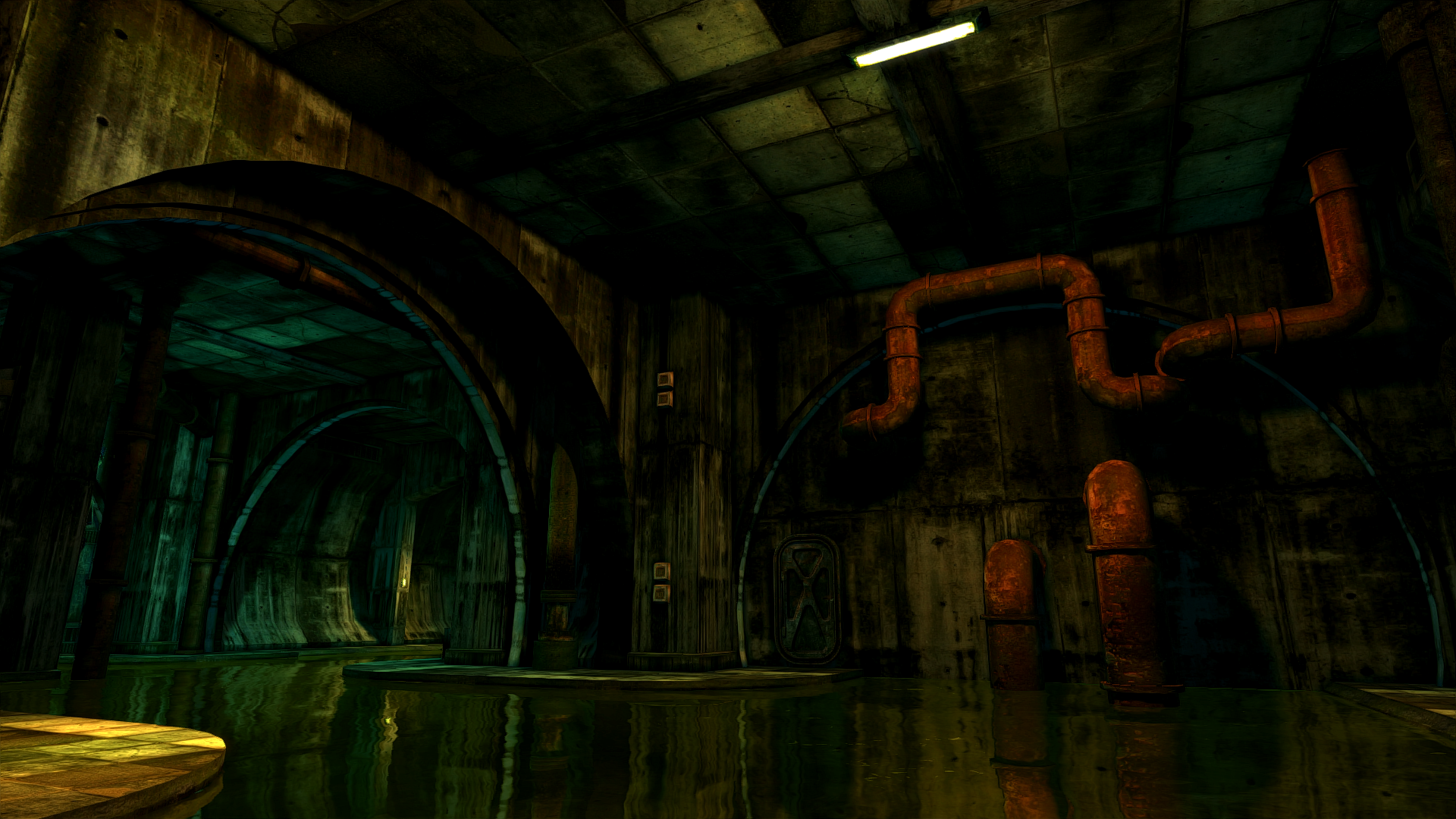 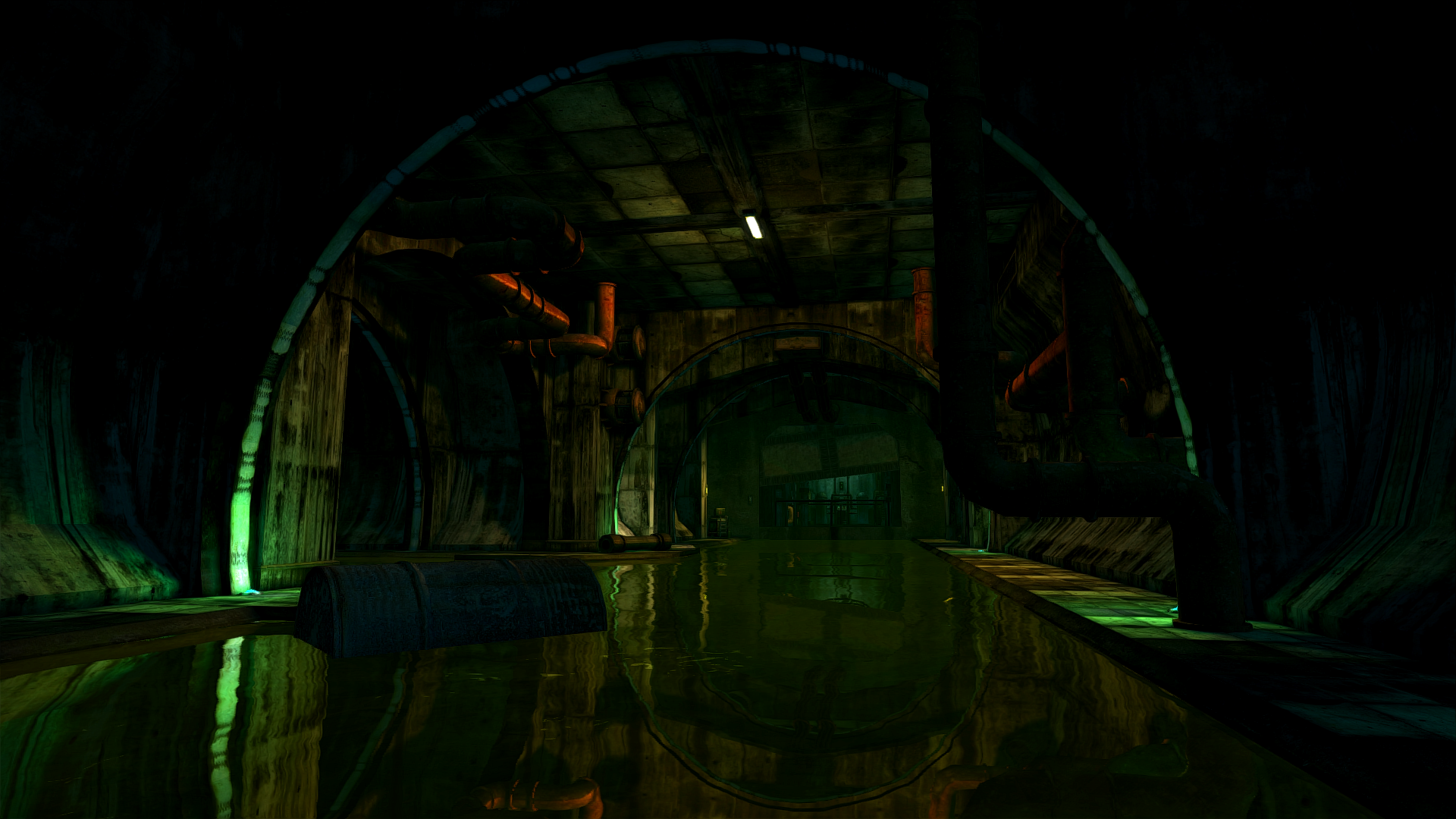 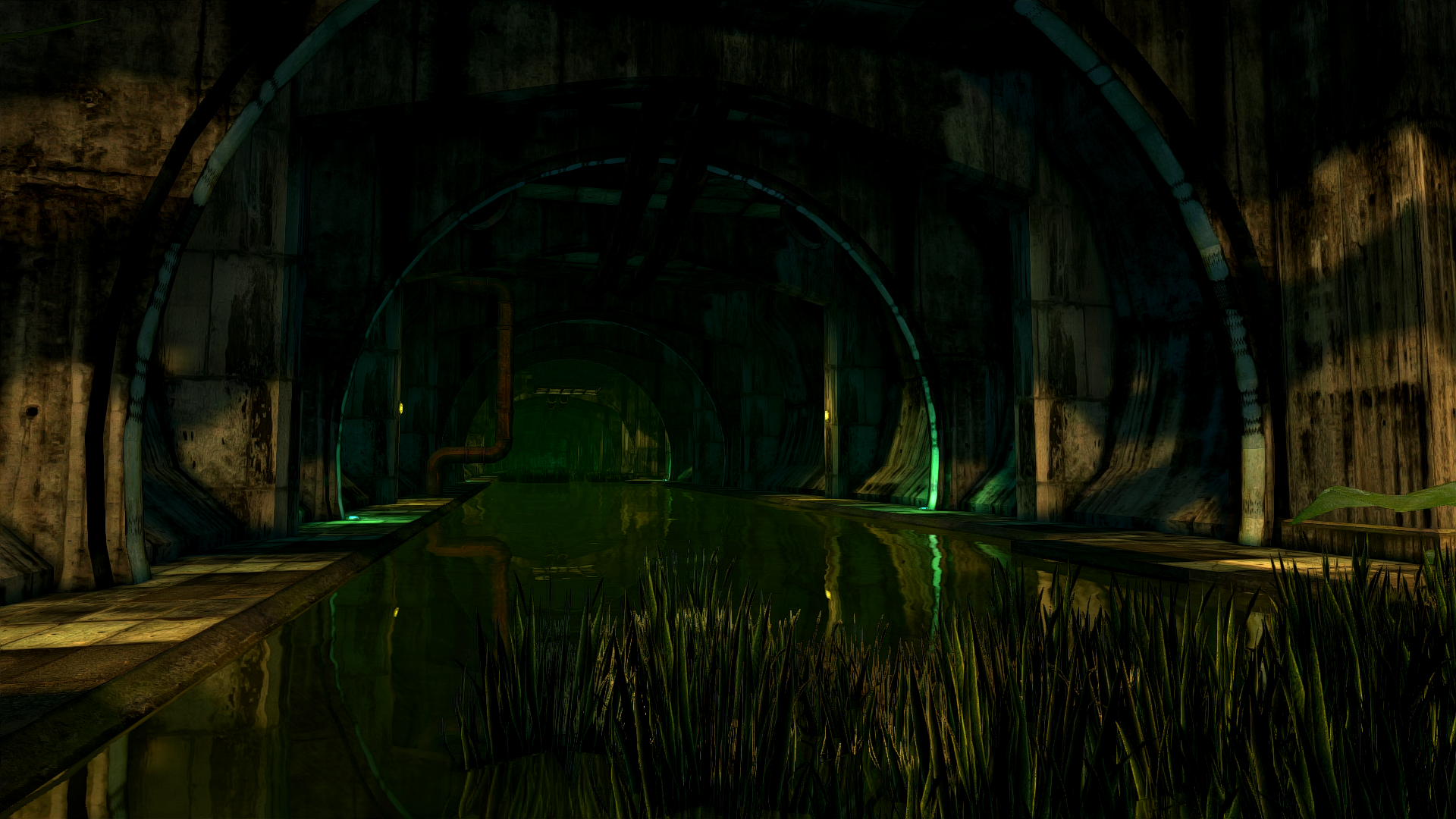 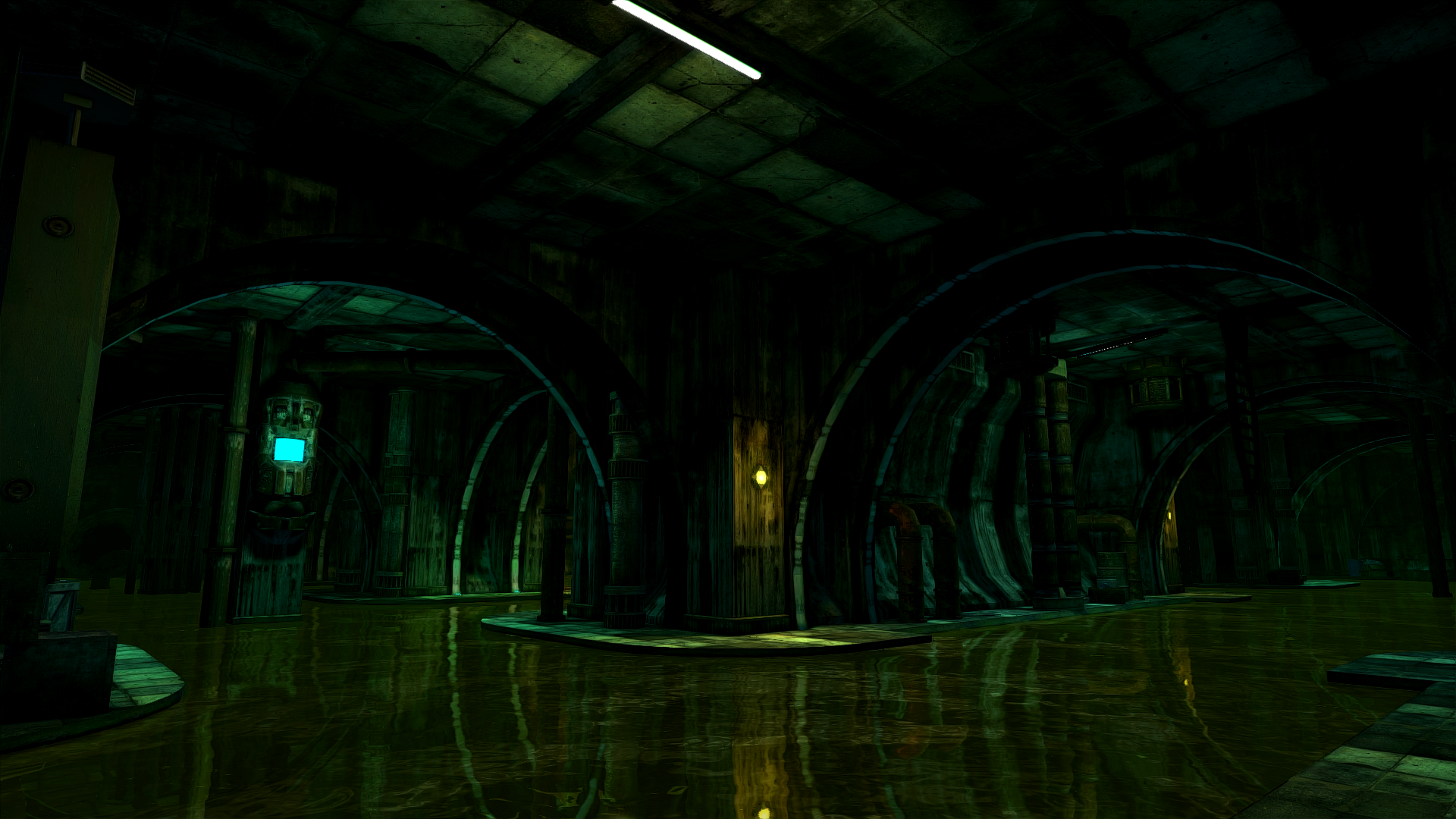 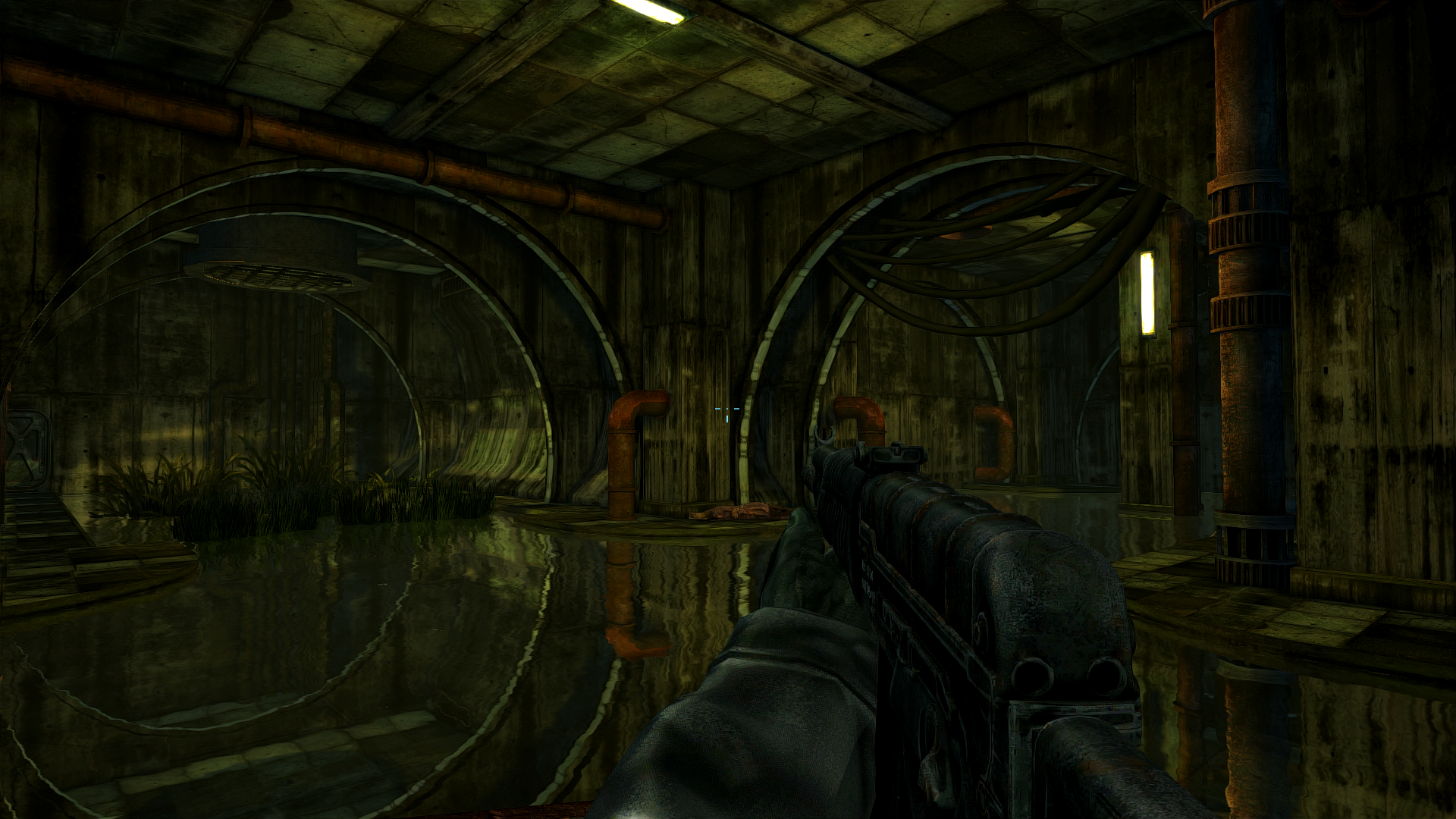 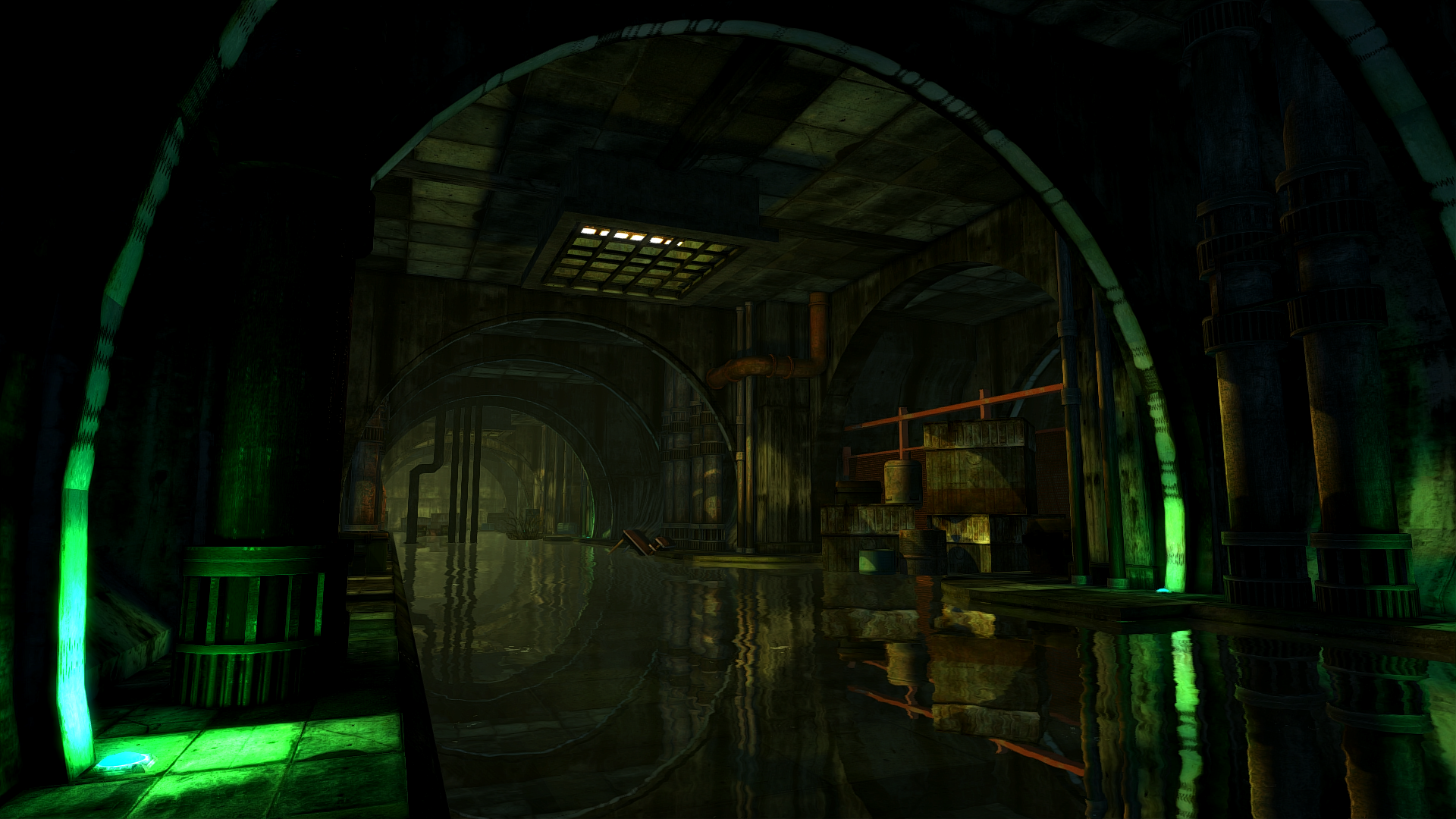 Yes, ladies and gentlemen its that most delightful place you all wish you could visit. The sewers! Wether you fancy a romantic picnic or a relaxing evening walk, the delightful scenery of the sewers has got you covered. Visit one of our many attractions such as "rusty pipe", "wet concrete" or the all time favorite: "unidentified floating object in water". Visit the sewers! Soon to be featured in the demo version of SPECTRE.

Oh well, thats it for now! Than you for reading and feel free to let me know what you think.