Specter 2021 Work in progress. The project continues after a pause where I had to focus on other things. Also see some new additions.

As mentioned above I took a break from my exploits here to learn different tools, make some free time for other stuff and because I was rather disillusioned with what GG has to offer. Now don't get me wrong, I know exactly what game guru is and what it lacks but people like Duchenkuke, C4ever and Avenging Eagle have inspired me to keep at it... and the simple fact that its simply fun.
As you might have been aware, I was teaching myself UE4 in these past months and its quite the package. I still recommend at least giving it a try if you have the hardware to run it and see if its for you. If you are interested at all, you can see a couple pics of what I was doing in other engines than GG on my Artstation account.

Now back to Spectre. I am taking a fresh look at it and have rewritten its GDD. Now to make this short, the main changes are that there are more areas set in urban environments and less forests/tropical islands as GG handles urban areas far better. The occlusion culling does its job splendidly and to be honest, its more fun to design and populate with gameplay than stretches of wood that end up in small outposts.
Its a lot more ambitious too but I will get to that later when things are more refined. Now I think I said this in older long form projects as well, that never got released but let me just say: have not been released yet and some of them where developed during GG's early days (you know, when an empty terrain would run at 20 fps for some lower mid range computers, that old chest nut) and most of its content was outdated and obsolete. So its a lot easier to take what I learned and pour it into this project and see what I can come up with.

As always, I can't promise anything but you are all very welcome to join me for the ride of developing this thing and drop me your opinion as I go along.

So yes, screenshots.
This is a small town outside of the main city the game revolves around. A place where the mere working folk house in cobbled together ghettos while the walled off tower of their corporate overlords dominates the skyline. An industrial type area: 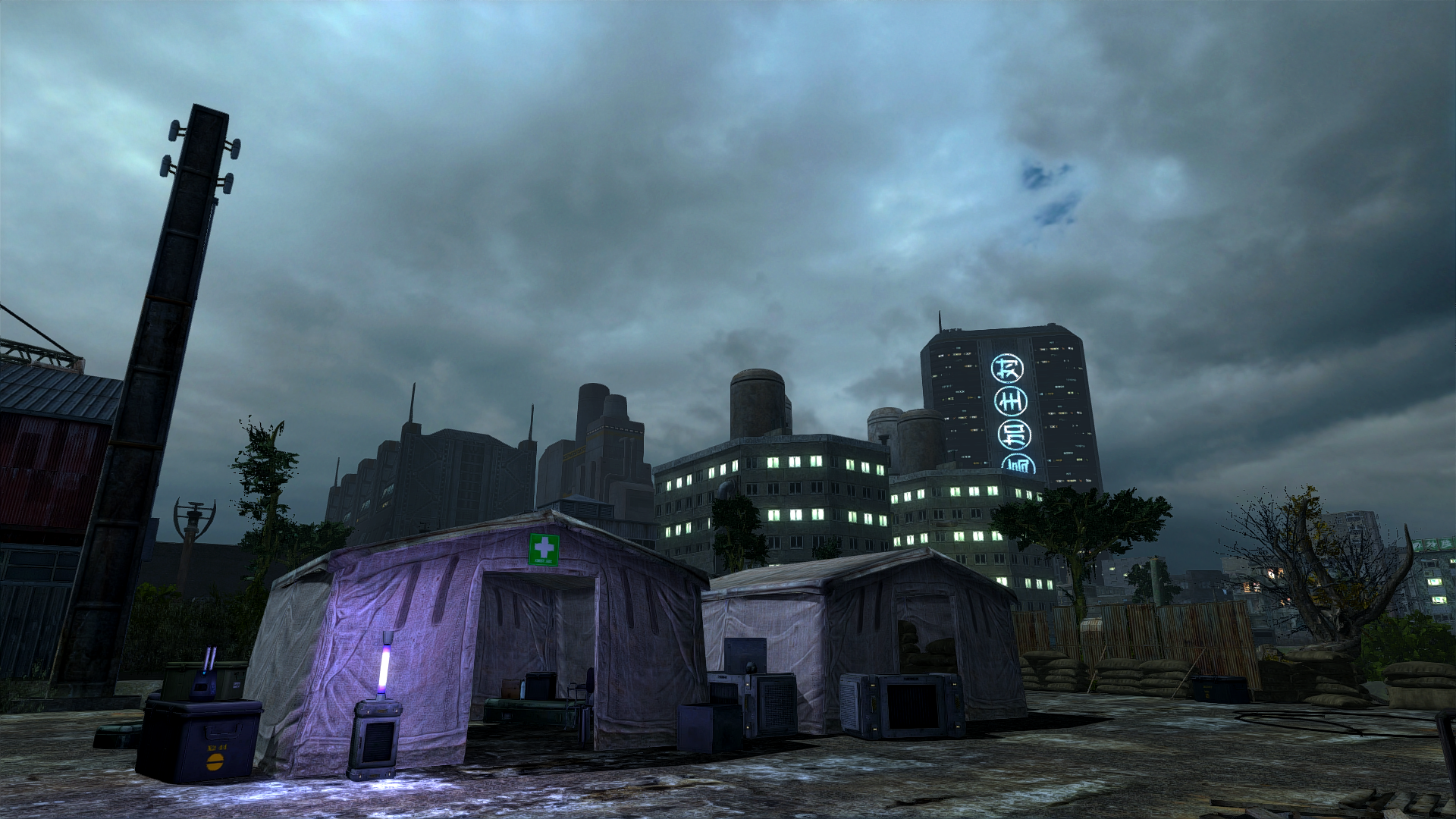 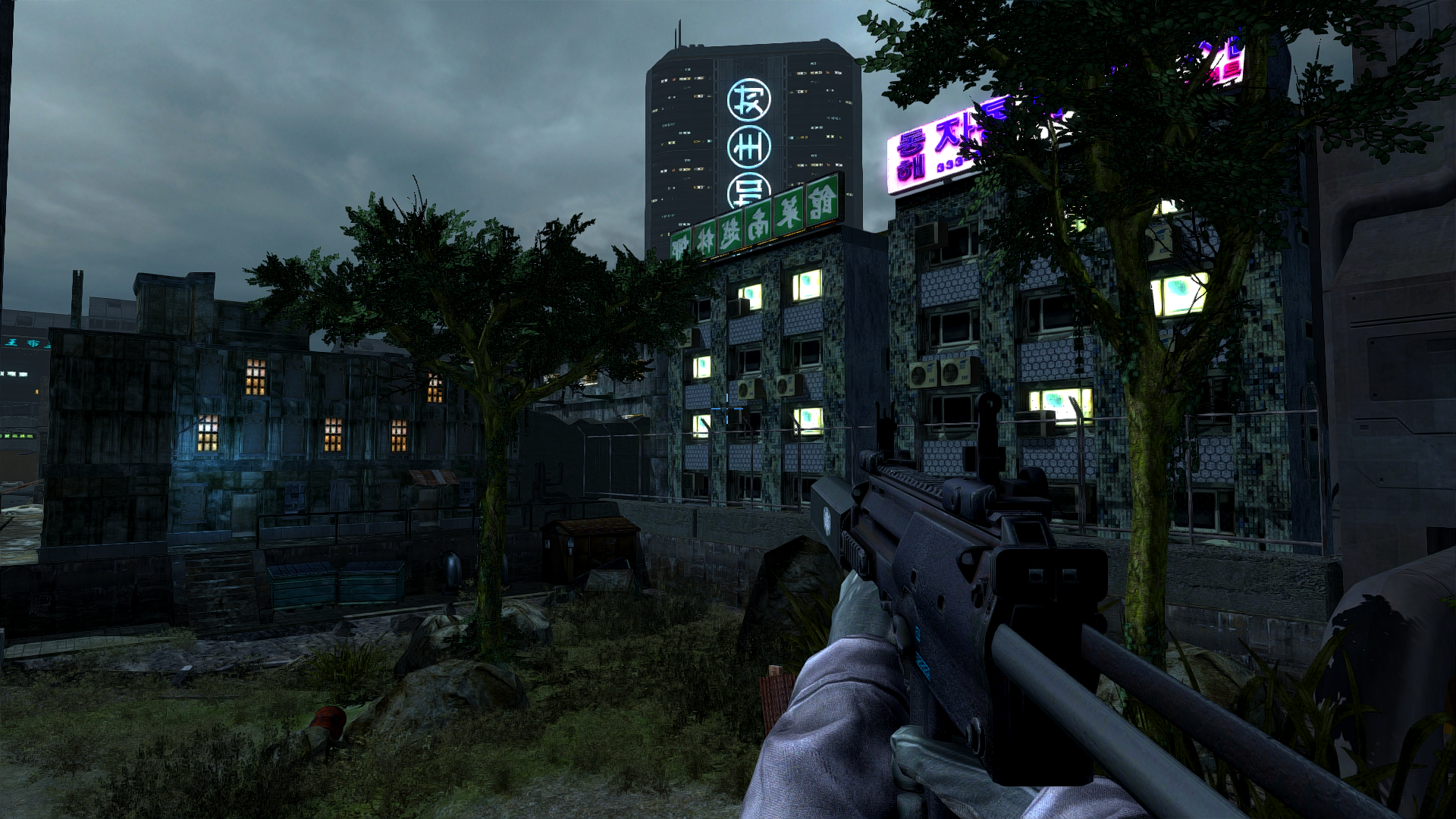 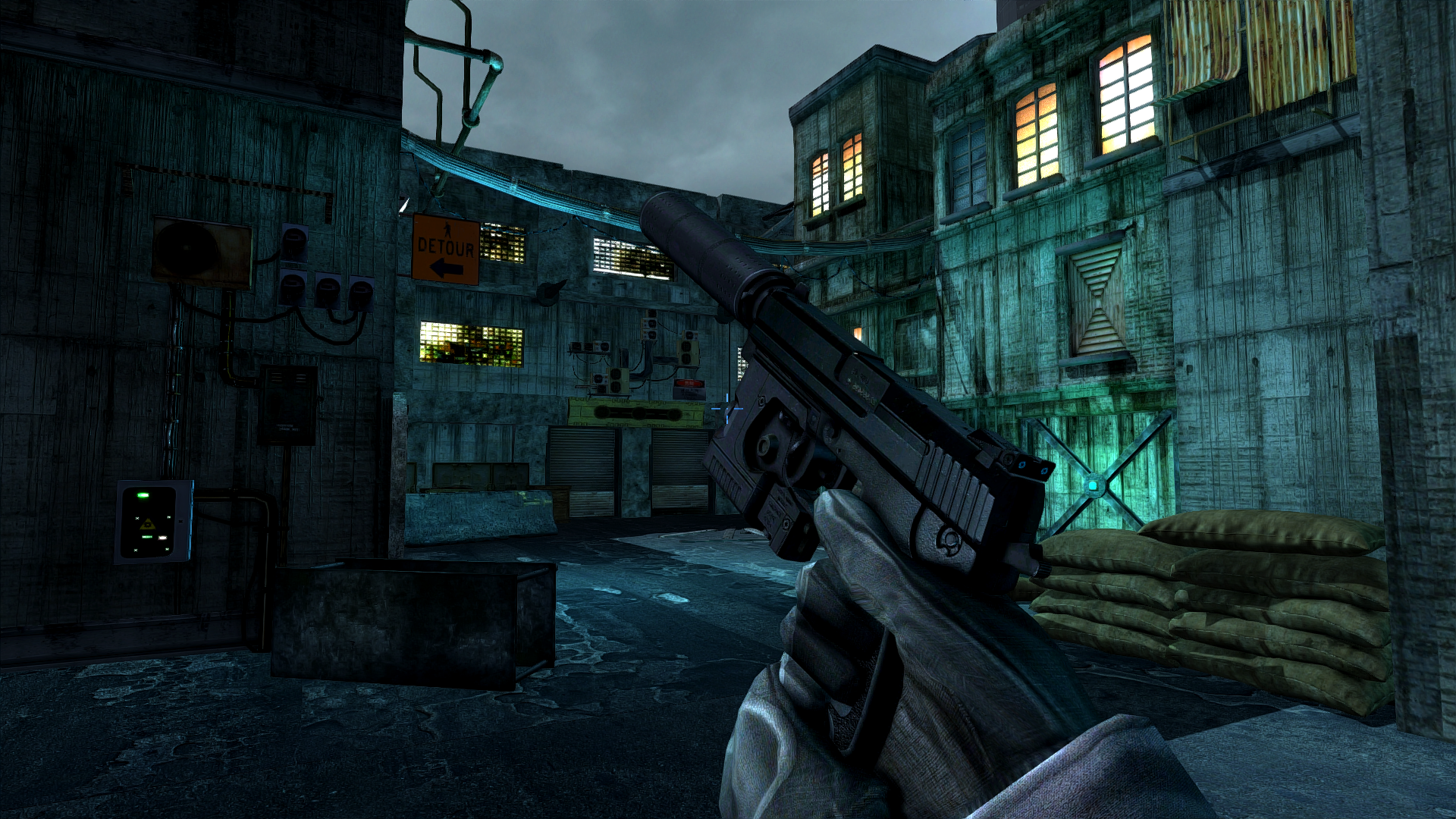 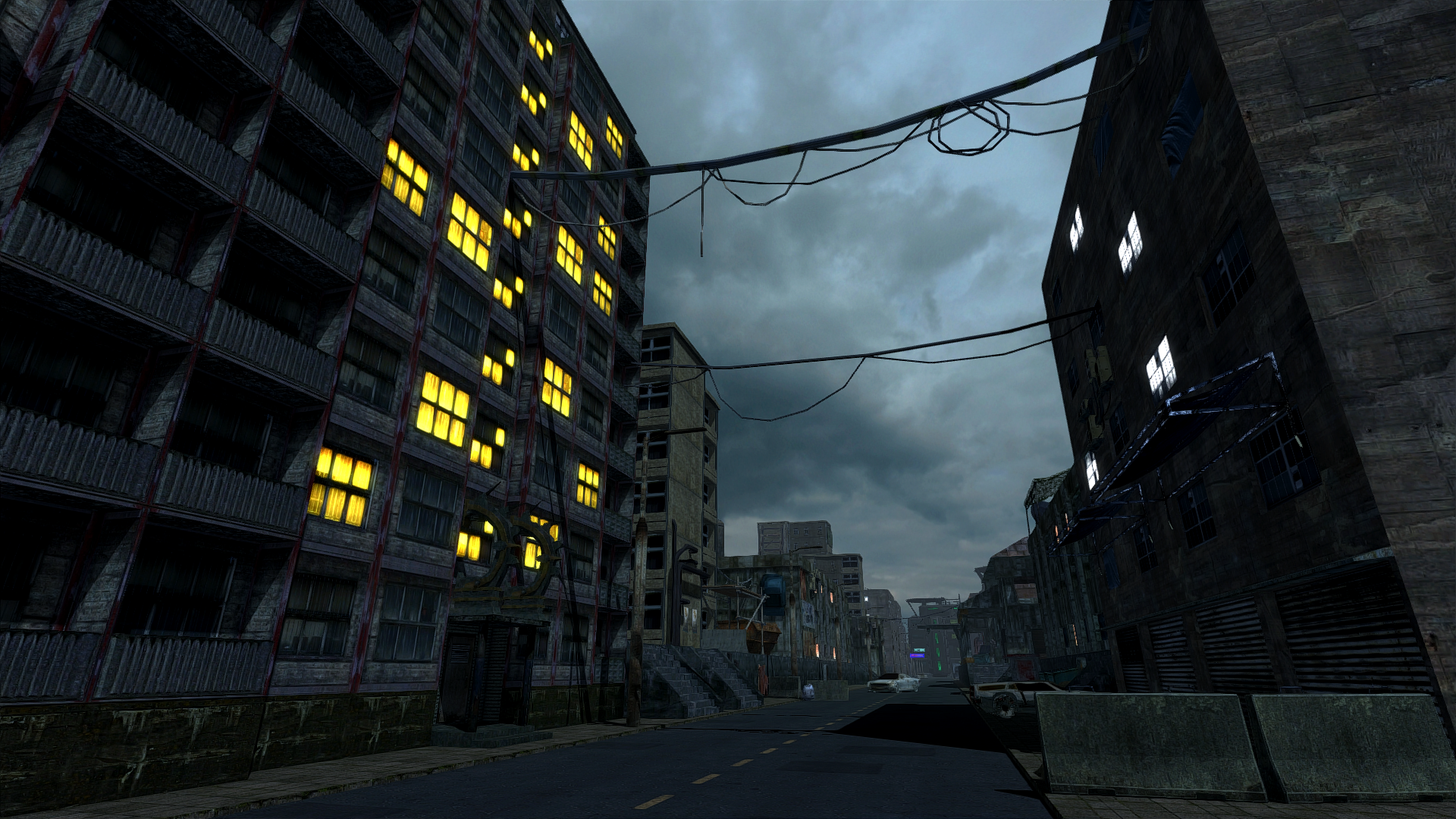 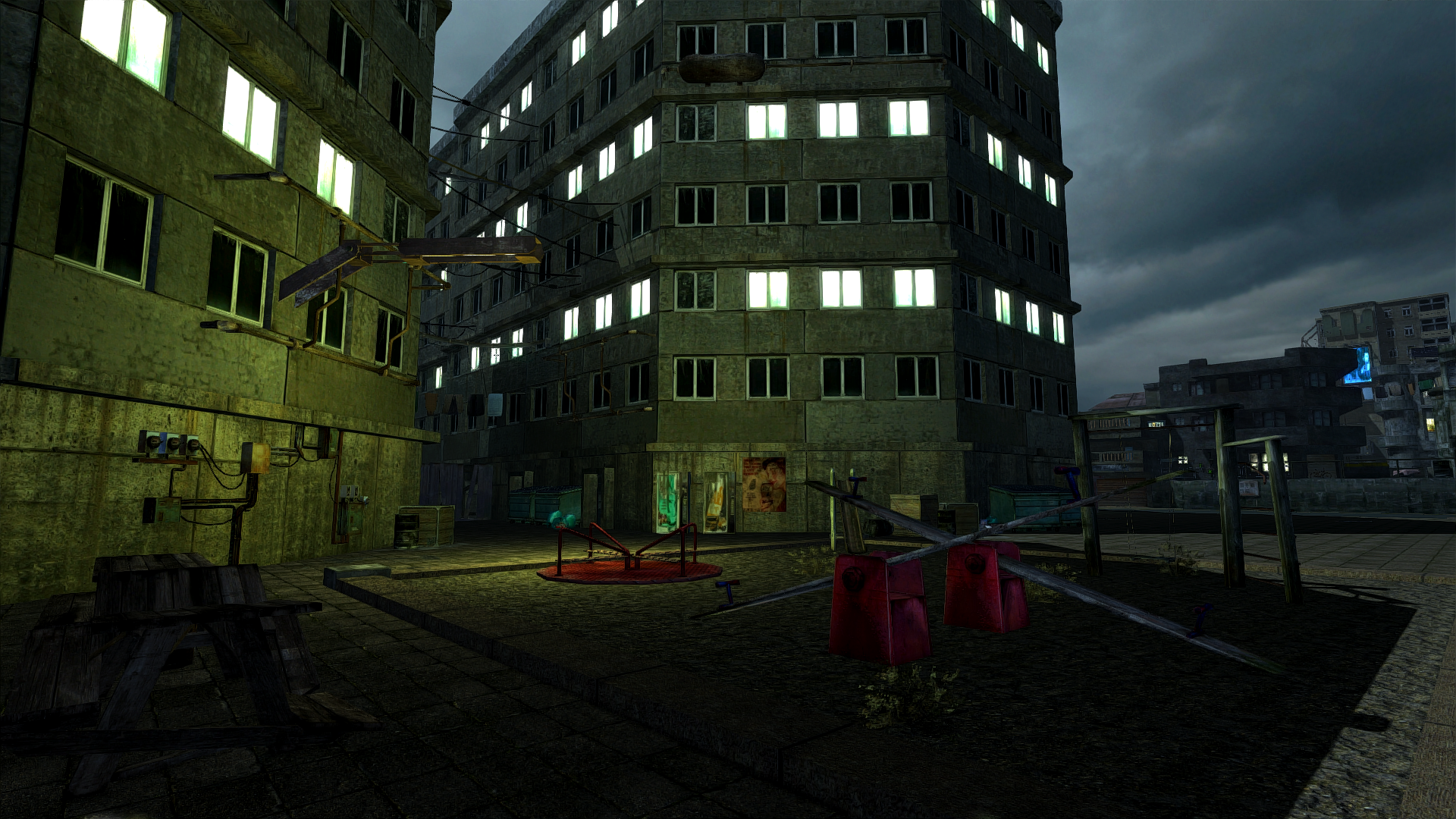 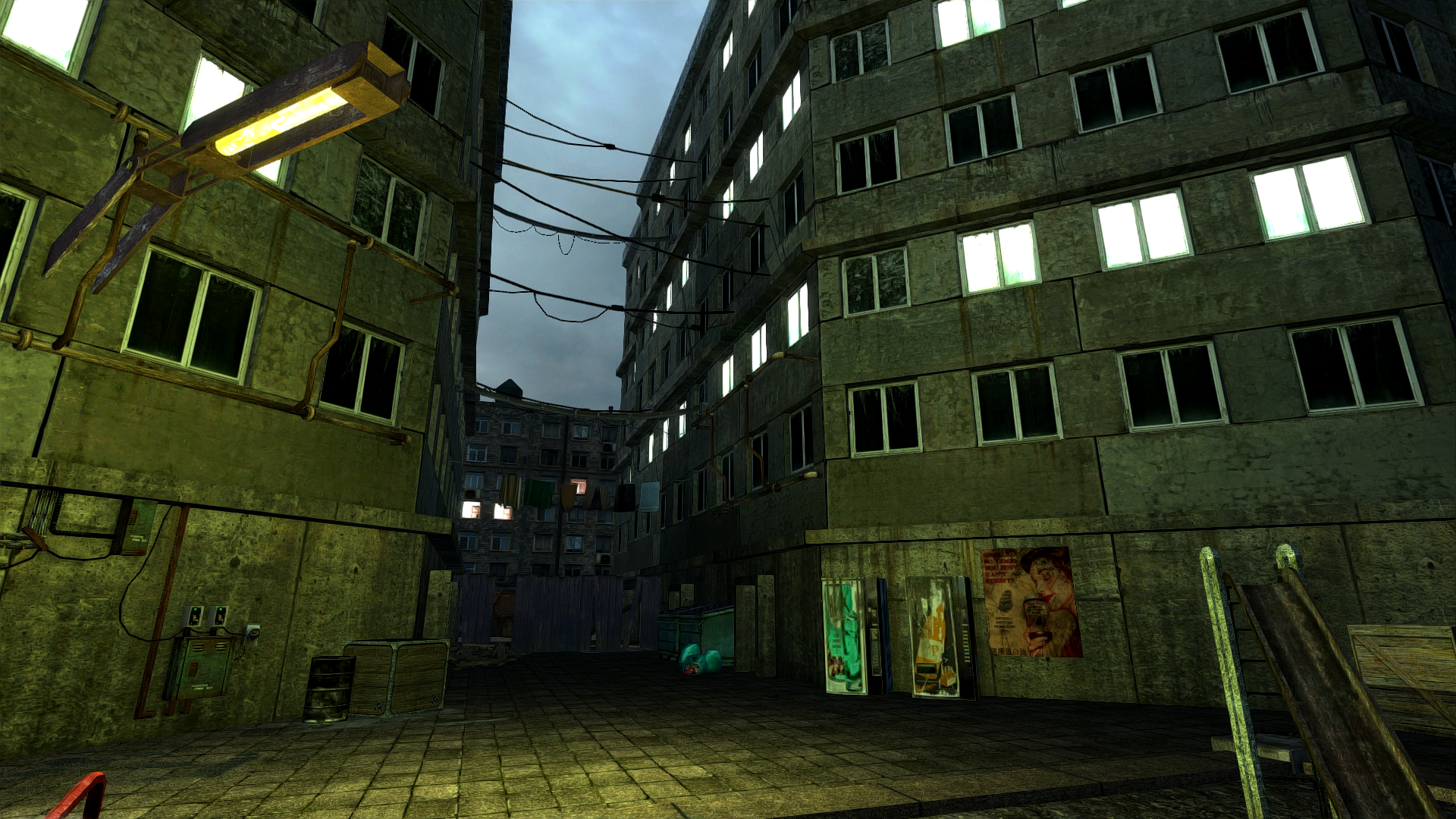 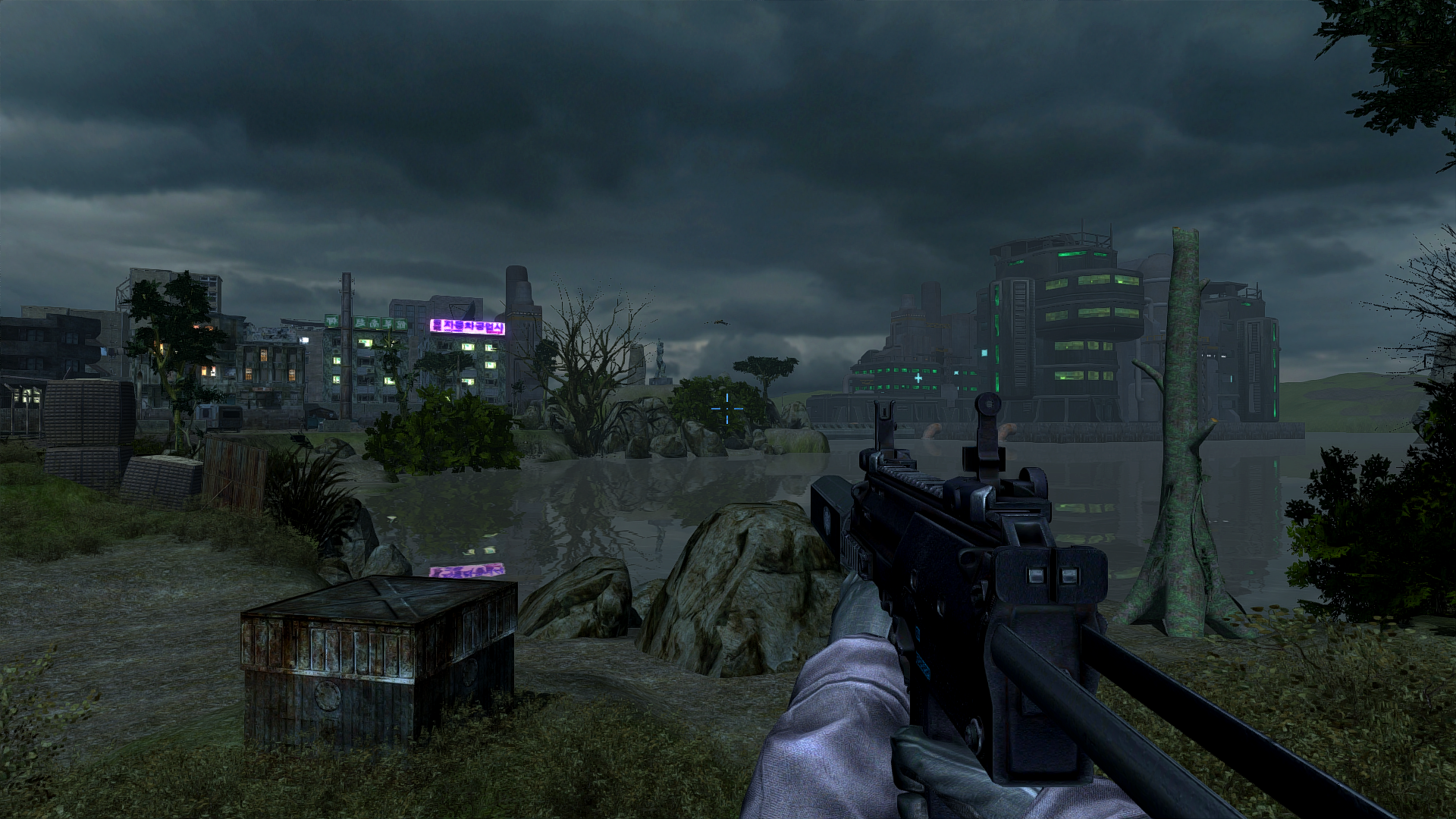 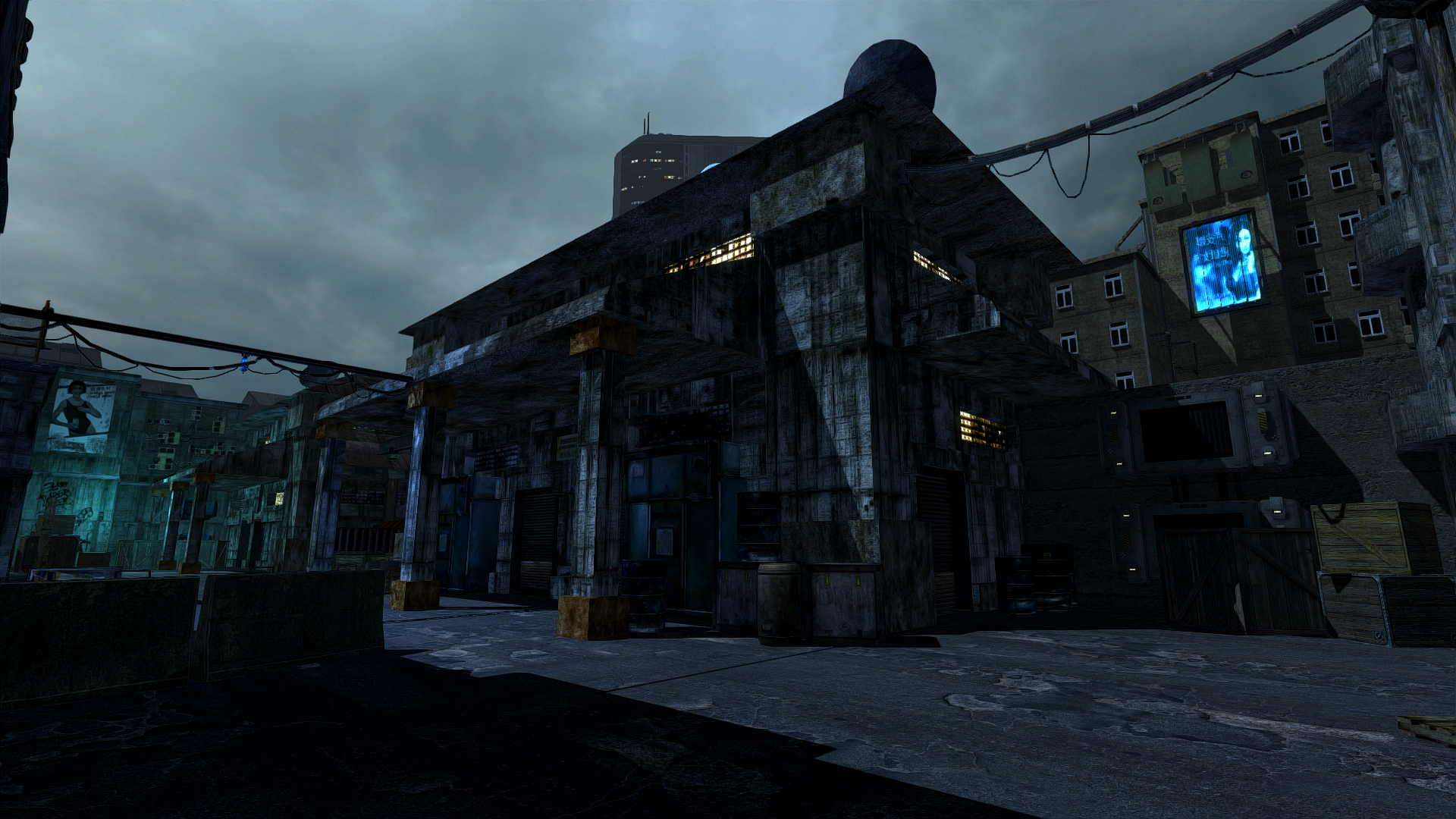 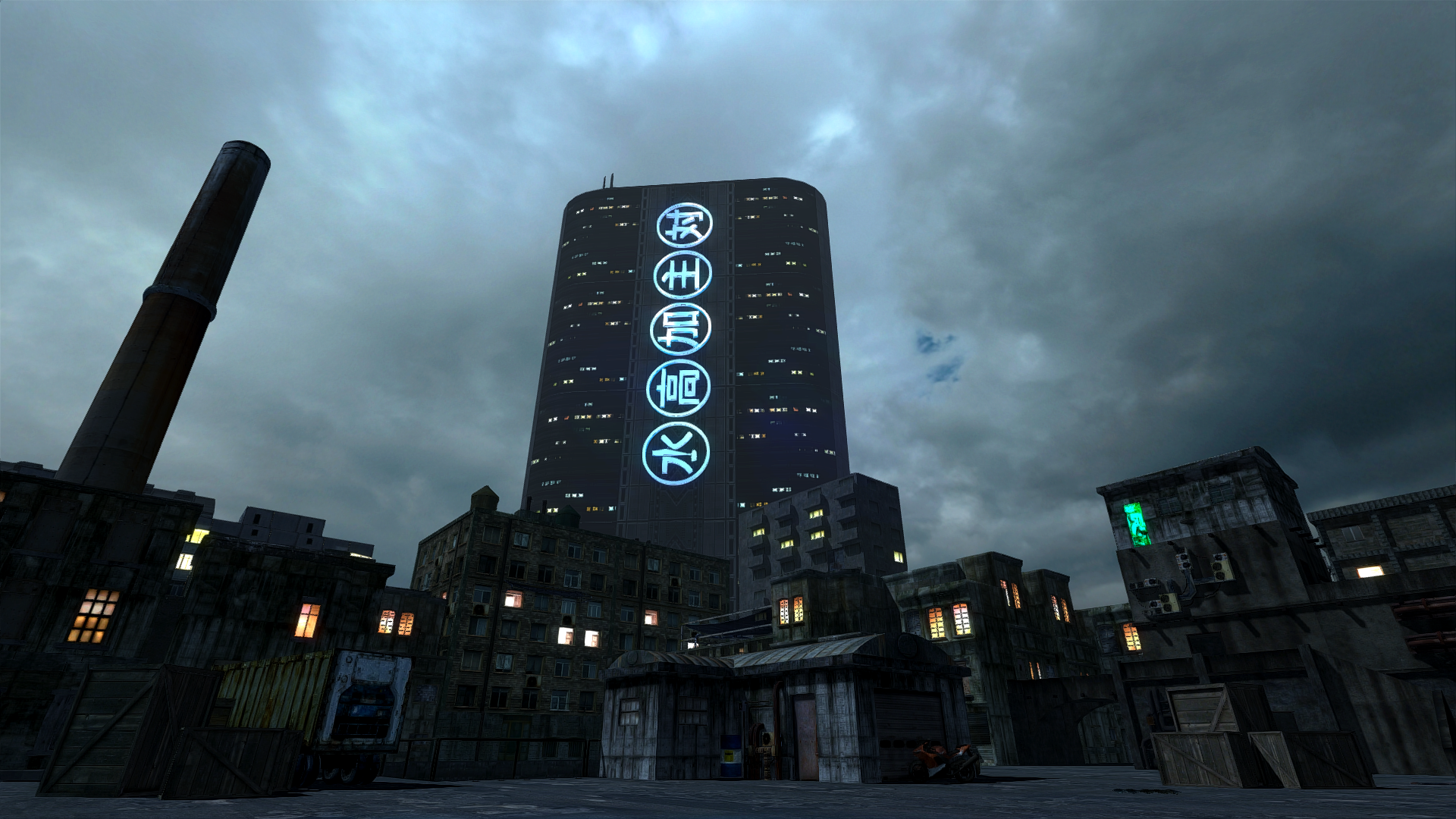 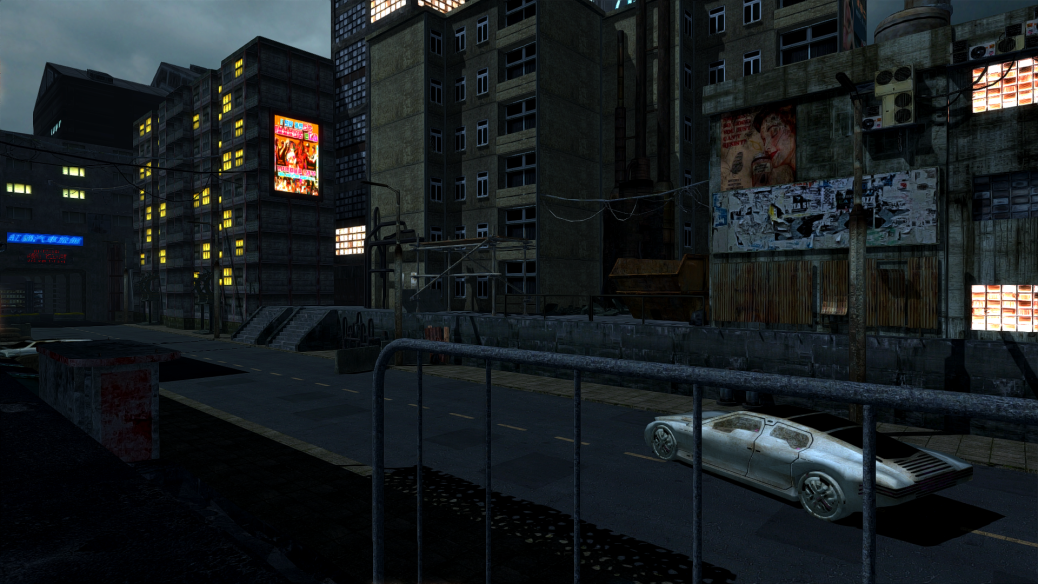 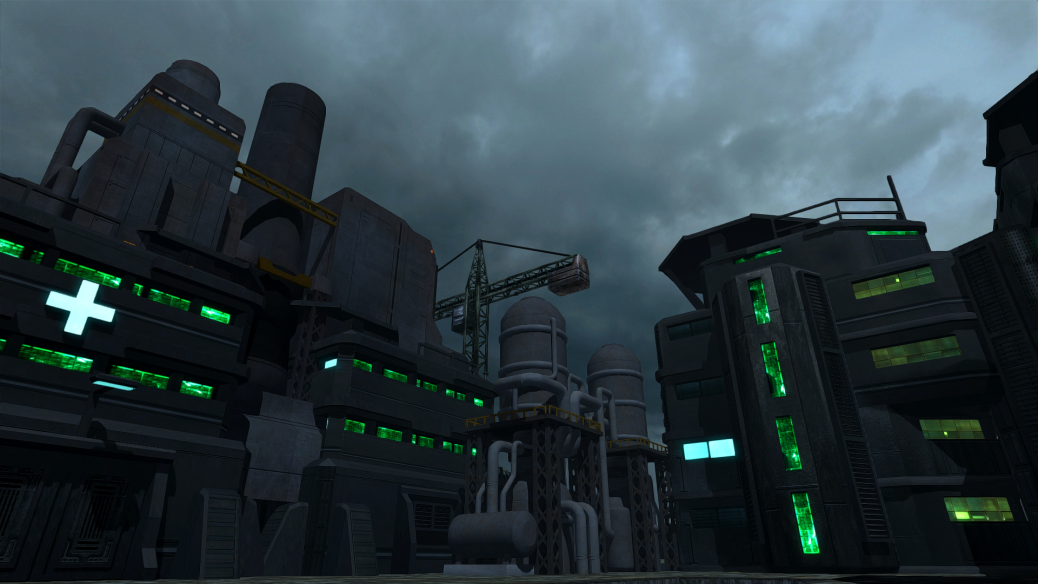 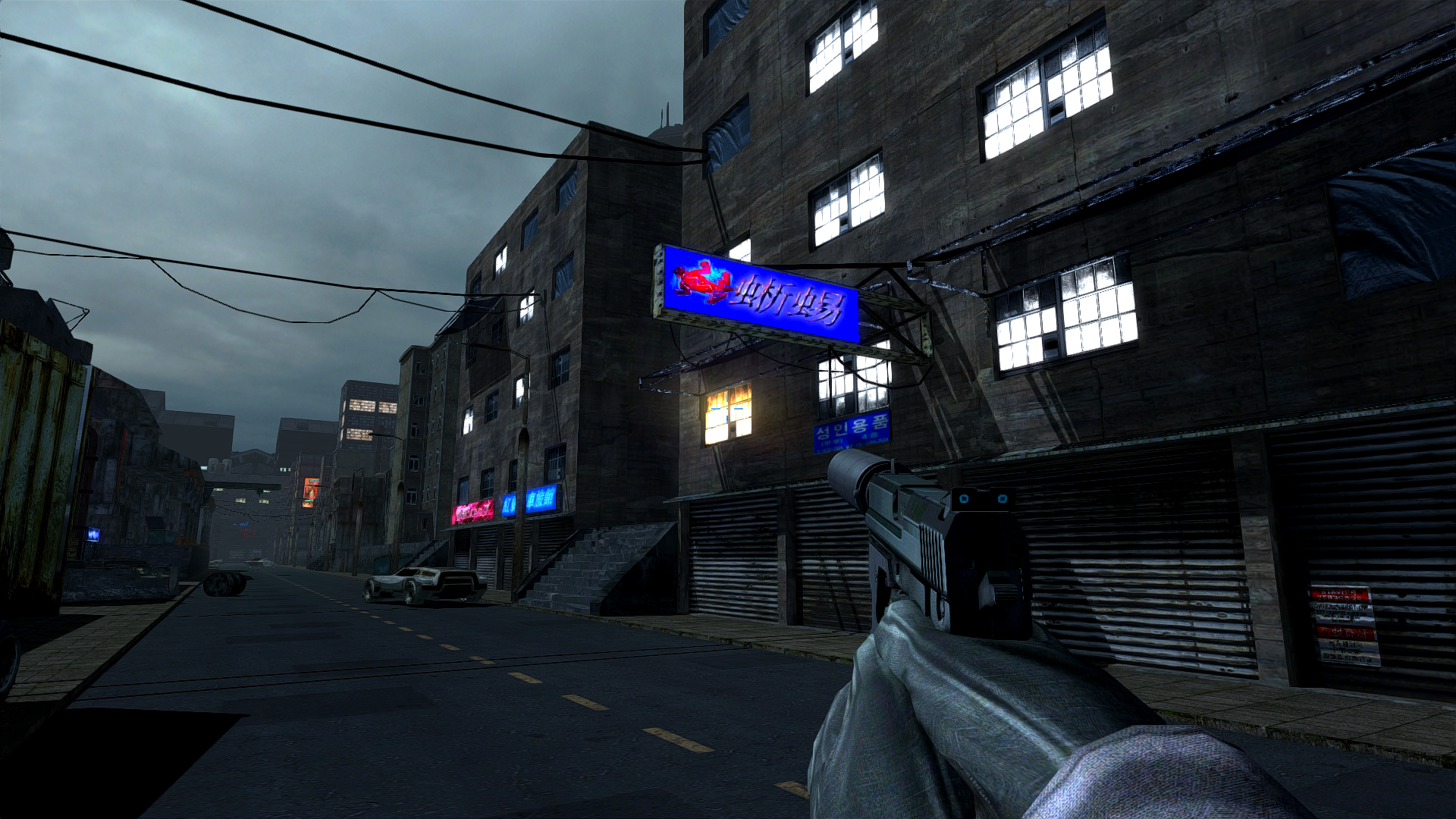 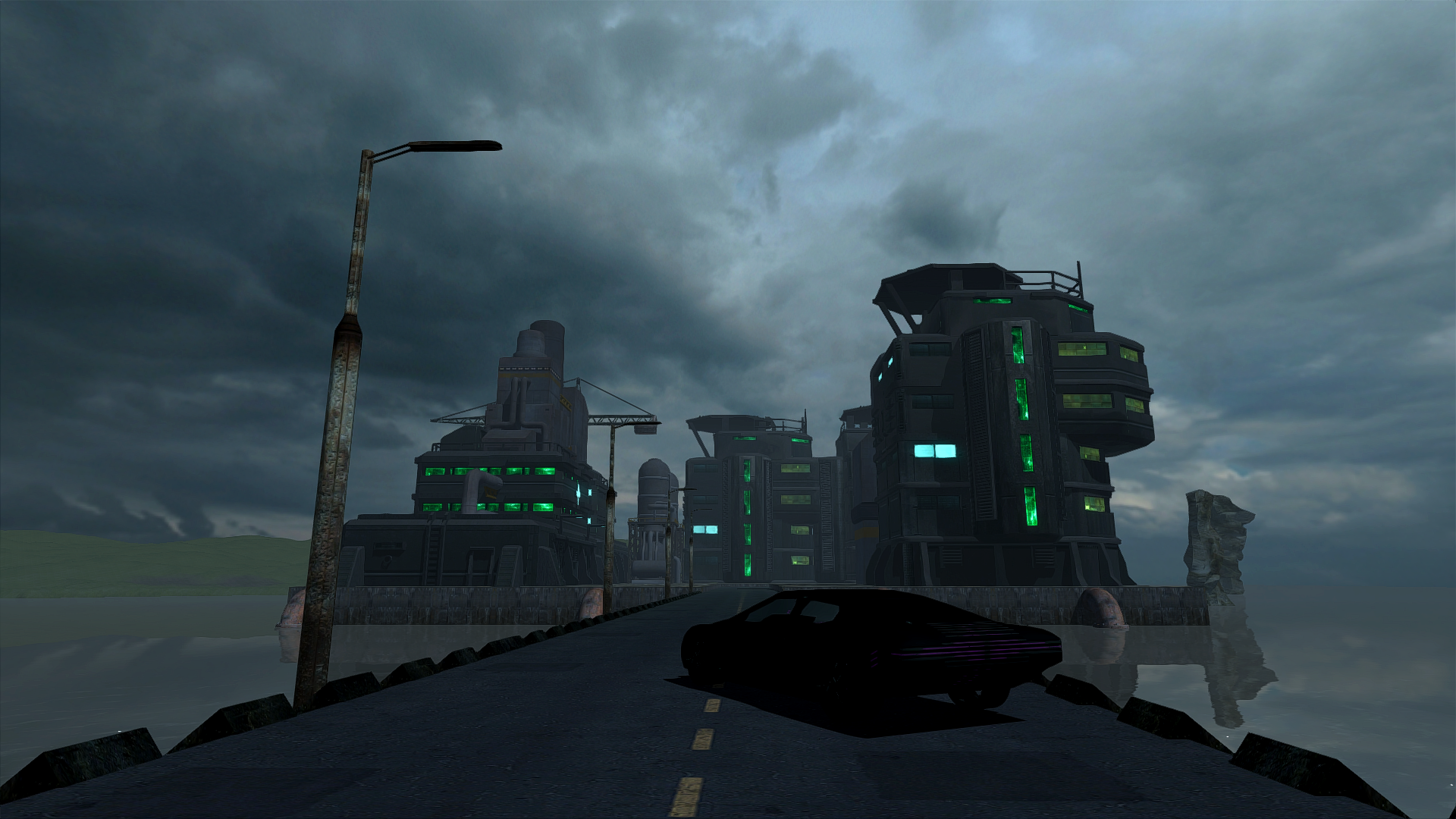 Well, thanks for viewing. I will ramble a bit more coherent about my goals with this project next time. Now as always, feedback is welcome and also feel free to post if you have questions.