A new trailer showing two new levels, an incredibly long list of bugs that have been fixed and some new footage!

Posted by endomorphisme on Sep 1st, 2009

Despite everything you can read on various boards, and what we can read in your emails, nope, we ain't dead! At the moment there's only two left of us working on the mod, so it's quite difficult to stay motivated and to make significant improvements... But... But we worked a lot these times to bring you this, our new trailer.


You've watched the video ? Yep ! That's right, two new levels! The inside of the X303 has been done by Hors3, years ago. The music is still made by _MaX_ and every song he made for SU will be included in the mod. So, a Co-op map against the replicators in a X303 that has just crashed, and a new spaceship level (with fighters only), in which the Tau'ris must shoot the Goa'uld naquadah generators hidden in the cave of this asteroid mine. Might be quite fun to chase your enemies in those extremely tight tunnels ! Watch out for the walls ! 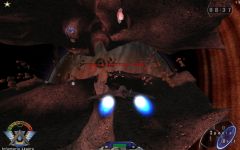 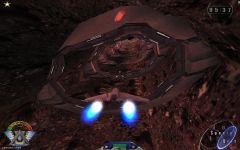 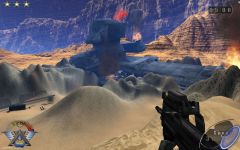 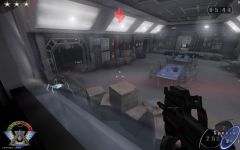 More screenshots on our ModDB page. We also fixed tons of bugs (we closed more than 50 tickets on our Trac/SVN versionning system), it means there's 50 new things or fixed bugs ! We no longer have troubles with the replicators, and they're really scary!

This time, we're really close to this: 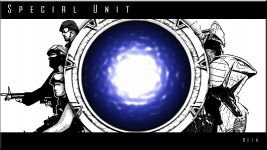 Even the installer is over, the script too, we just have to finish a few more tasks (maybe a few surprises) and you'll soon be able to download Special Unit. There will even be some nice icons to launch the mod ! 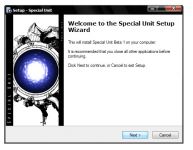 This looks great,waiting for the relase.

finally...
One question, though: this'll be in english or french?

For the love of all that is holy, release!

Please be in english. :[

FINALLY, a release date.
can't wait for the release.

This is looking really cool! I hope you guys can keep to that release date cos I'm eager to start kicking some Replicator Butt! (wait... do replicators have butts? XD )

Seriously tho'.. The video is great, the screens are great and I'm sure the same can be said for the gameplay by the looks of it! Nice work guys! Looking forward to this! ;)

The mod will be available in both French and English. The translations are already done (see this piece of news : Moddb.com )

I love you guys, i was convinced you were dead!!!!
Wooooo

ah thanks i always wondered what that meant