In Shock Therapy, the Battle Bunker can be build by both the Soviet Engineer and the ConYard/Crane. Therefore, the Engineer's ability came to discussion.

The Battle Bunker serves to make your infantry more effective. It increases their defence against other units, and it grants them more range.

But, in Shock Therapy, the Construction Yard can build the Battle Bunker too.
With this, most people consider the Combat Engineer's secondary ability useless.

After a quick discussion with the Dev team, it was clear: The Engineer needs a new Bunker!

We're not trying to replace the ability completely. We just want to give the Engineer a different Bunker then the ConYard's Bunker.

Everyone can submit their suggestions and ideas for the changed ability, as long as it follows these guidelines:
- The Engineer will build some kind of bunker. So it won't be replaced completely.
- The new bunker must be more unique then the ConYard's Bunker.

The suggestions can be submitted both here, on ModDB, and on our GRANS Forum.

The mod is making progress.
Many bugs/suggestions so far have been looked into, and we're already working on the 1.01b version.
But theirs still a lot to do. 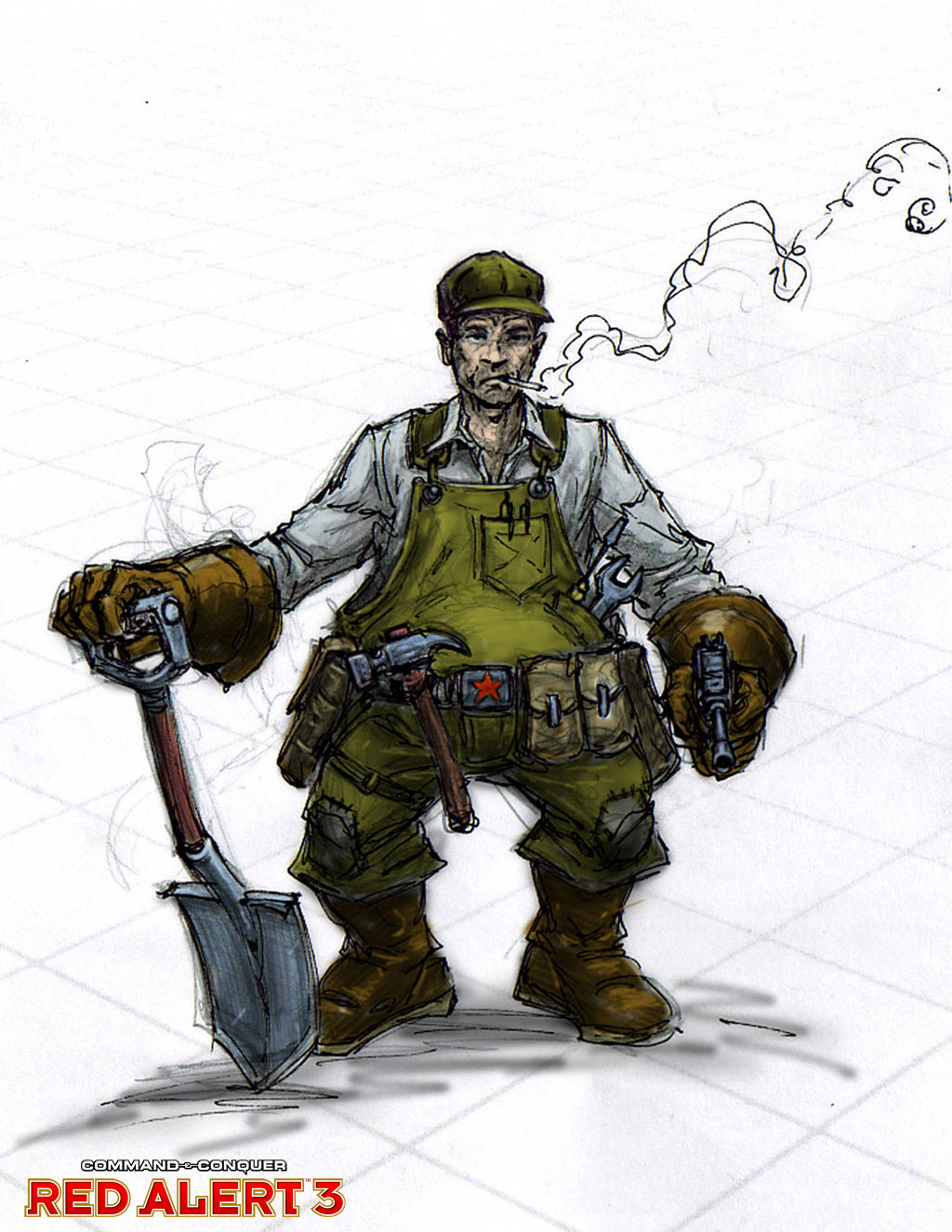 The con yard can build infantry bunkers, while the engineer can build tank bunkers!

maybe some sort of one-person bunker that activates their special ability? I'm thinking a IFV-like building that uses the secondary effects, specifically a building that could create a larger version of the tesla trooper's EMP field. Though you would have to code specific effects for every infantry. Yuri-Prime's IFV mind blast firing rate (from RA2) for yuriko, anyone?

1. Tank Bunker.
2. A small bunker just to defend the Engineer.
3. Or just remove the Bunker from the construction tab.

i think the bunkers alrite for the enginner, because you can place it anywhere, but if not then how about adding a repair drone or having a anti-air/ground machine gun mounted on the top or something like that.

How about leaveine the eng abilty the way it is and make the buildabile bunker(from conyard) biger like the one's in ra2. that take 4 spaces instade of one space

hmm, Maybe leave engineer bunker unchanged, and make the conyard bunker the bunker from RA2 with only machineguns, and every garrisoned unit will have 1/3 damage of the sentry gun. So 800$=sentrygun= bunker: 500 +3 conscripts=800, but it will take more place and if you put in 5 conscripts it will only cost 1000 and have 5/3 damage of the sentrygun. As it is a conyard bunker with air cleaning, the infantry can't be degarisoned, not even by desolator fluid. If your base goes low power, the bunkers machinegun will power down, like as the defense system, so they can now be degarrisoned

I like Brunez idea for a tank bunker except that i think that the con-yard bunker should be the tank and the engi keeps his infantry bunker. Similar to yuri's tank bunker, I supose

Why, a bunker? I was going to give them the ability to build a small turret (think team fortress 2).
Weaker but also cheaper than the sentry turret. It would be cool to build one or two next to a tech building then capture it. Not overpowering as it gives you more time to kill the engineer.

I like your idea, A turret of sorts, maybe with limitations, probably no anti air but then that's very annoying to deal with and would make people feel its REALLY useless.

But it needs some kind of bonus to make it worthwhile.

a bunker that can garryson a tank, it also can be swiched from bunker to light AI base defence :)

i like the tank bunker idea the best for the soviets

Vote for the Engineer:
Grans-productions.com

BULLFROG BUNKER. Garrisons troops AND fires them out impressive distances!