Two more of Soul Saga's cast as revealed: Elise the engineer and Max the robot!

Soul Saga's Kickstarter is proceeding as planned, and should be launching either late this week or early the next. So today I introduce to you 2 more of the main characters of Soul Saga: Elise the Engineer and Max the Robot! 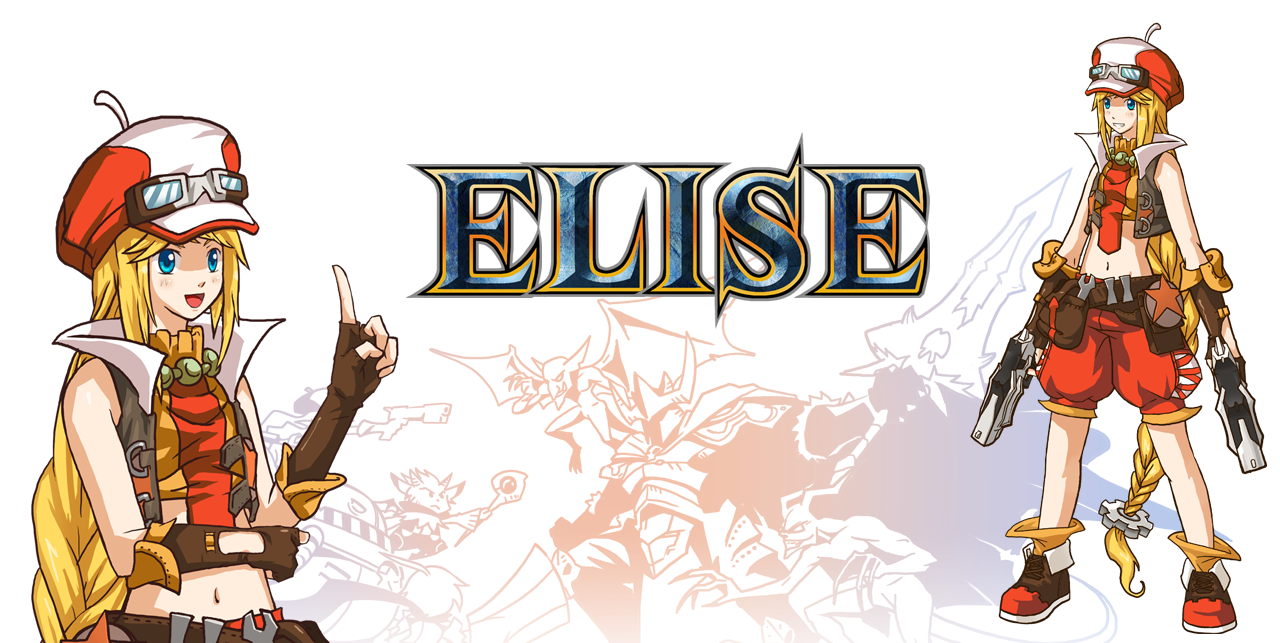 Elise is a passionate inventor and talented engineer with the dream to become the best mechanic in Medonia. She likes to point out that she's also the cutest mechanic in Medonia, which is true considering that it's a male dominated profession. She's been friends with Mithos since they were children. Even though they've been together their whole lives, Elise still finds it irritating that Mithos is absolutely terrible when it comes to machines. She has a very strict policy of treating machines like equals, not as simple tools, and tends to get a little violent around people who don't follow the same mentality. Elise is reluctant to follow Mithos on his insanely dangerous adventure, but she struggles with her secret love for him. Will she really let Mithos face the World Eater alone?

Max is a burly robot with the most advanced artificial intelligence ever developed, but its usefulness is stunted by the fact he portrays the maturity level of a young child. He sometimes tends to be on the shy side, but will jump to Elise's aid at the slightest sense of danger. He looks up to Mithos as a role model and hopes to one day be as brave as him. Max is constantly hunted by a notorious bounty hunter group for reasons he refuses to reveal to his friends. Why is the bounty on Max so large, and for how long can Mithos and Elise keep their robot friend safe?

nice update, have to say elise reminds me of Roll Caskett from megaman

Thanks CN.Kit =) I actually never knew about that Mega Man character. Thanks for letting me know! They do have a very similar color pallette.

Thanks BadXFox. =D I think he's possibly my favorite character model in all of Soul Saga. He's reminiscent of other popular robots, but still pulls off his own unique look.

Cool characters! I think the 2D designs converted to 3D models is excellent. The details are captured well.

Thanks A-Frique. =) I'm also very happy with the conversion of 2D to 3D. I think a lot of the charm was able to be maintained.

I'm interested to see just how far you'll go with Elise and Mithos romance and how much focus will be on it.