Soul Saga's story starts to unveil! This update includes information about the world of Oterra, the sky nation of Medonia, and the main character, Mithos!

So it begins...
As promised, here is the long awaited information regarding Soul Saga's story! We'll start off with a brief overview of the world as it is known through the protagonist's eyes, then introduce said protagonist, and then in the coming updates I will continue to introduce more characters. 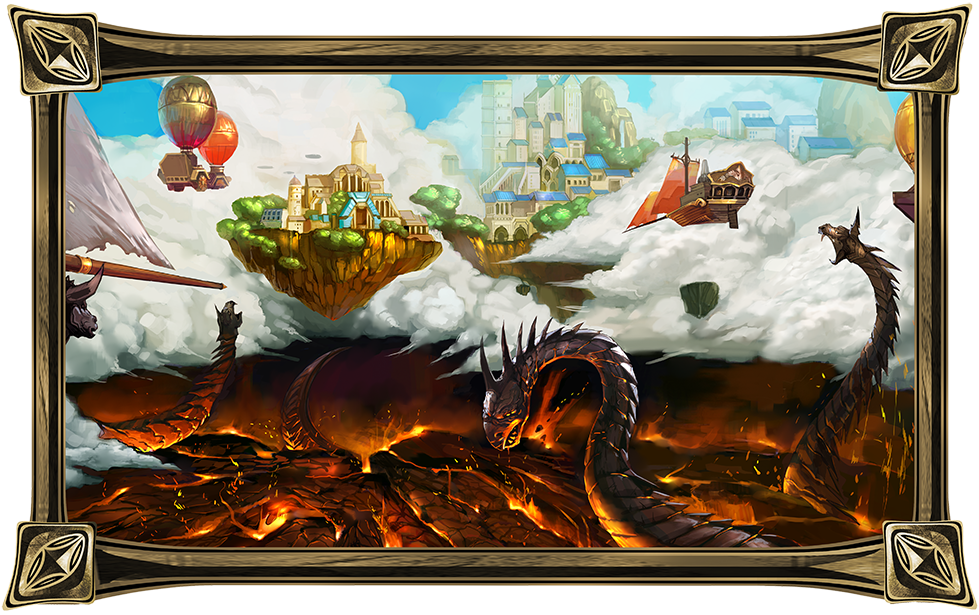 Oterra was a once lush and vibrant world, but it's surface is now wasted after the events of an ancient cataclysm. The planet is now split into 3 distinguishable layers: the Sky Islands of Medonia, the Tempest Reef, and the Surface World of Oterra.

This cataclysm was caused by a mysterious corruption called Ink that mutated the world's creatures into monsters called Inkheart. The Inkheart ravaged society and mercilessly destroyed civilizations as they spread across the world. The last haven for humanity, Medonia, was saved by a mysterious man called the Philosopher. The Philosopher introduced the science of Alchemy to Medonia's people under the condition they stop using machinery. They complied, and took up arms using their new Alchemical powers, but it was too late. The Dragons of Oterra had succumbed to the Ink corruption and joined the assault against Medonia. As a last effort, the Philosopher used his powers to raise Medonia off of the planet and into the sky, setting it safely on the clouds above and out of the reach of the Dragons.

Medonia is a floating city in the sky called home by millions of people. It is a democratic nation run by 9 Guild Masters (The World Council) that the citizens vote into office every few years. There are hundreds of Guilds in Medonia that act similar to contracting agencies for different types of jobs that assist society and its citizens. These jobs range from extermination of monsters, to body guards, and even special delivery services. There are many regulations for Guilds that restrict them from becoming too powerful or corrupt. Some examples are that every Guild member is legally responsible for the actions of other Guild members, and Guilds are not allowed to sell goods directly to the general public. Regulations like these help keep the Guilds in order and also prevent citizens from feeling they are required to join one to live their lives to the fullest.

The most prominent religion is the Order of the Golden Dawn, which strictly upholds the original teachings of the Philosopher, including his banning of machinery. Contrary to the Golden Dawn's beliefs, machines have started to increase in popularity after hundreds of years without them. The Golden Dawn publicly pushes for government regulations against machinery, and it has been rumored that they are also involved in shady terrorist acts of sabotaging machinery that results in injuring thousands of people.

The Tempest Reef is a protective barrier of storm clouds that Medonia sits on. This barrier is the only thing keeping the islands safe from the terrors of the Ink corruption that ravages the planet below. Nothing can pass through the Tempest Reef without being utterly annihilated.

300 years after it's conception, the Tempest Reef is weakening, and the Islands of Medonia are dying and falling from the sky. There are rumors of a passage called Cloud's End that will allow a ship passage through the Tempest Reef to the surface world below. It is assumed that Mithos' father had found this passage, but he left no trace of its existence behind. The Guilds of Medonia now search for Cloud's End in hope to find a cure for their dying islands somewhere on the surface of Oterra. 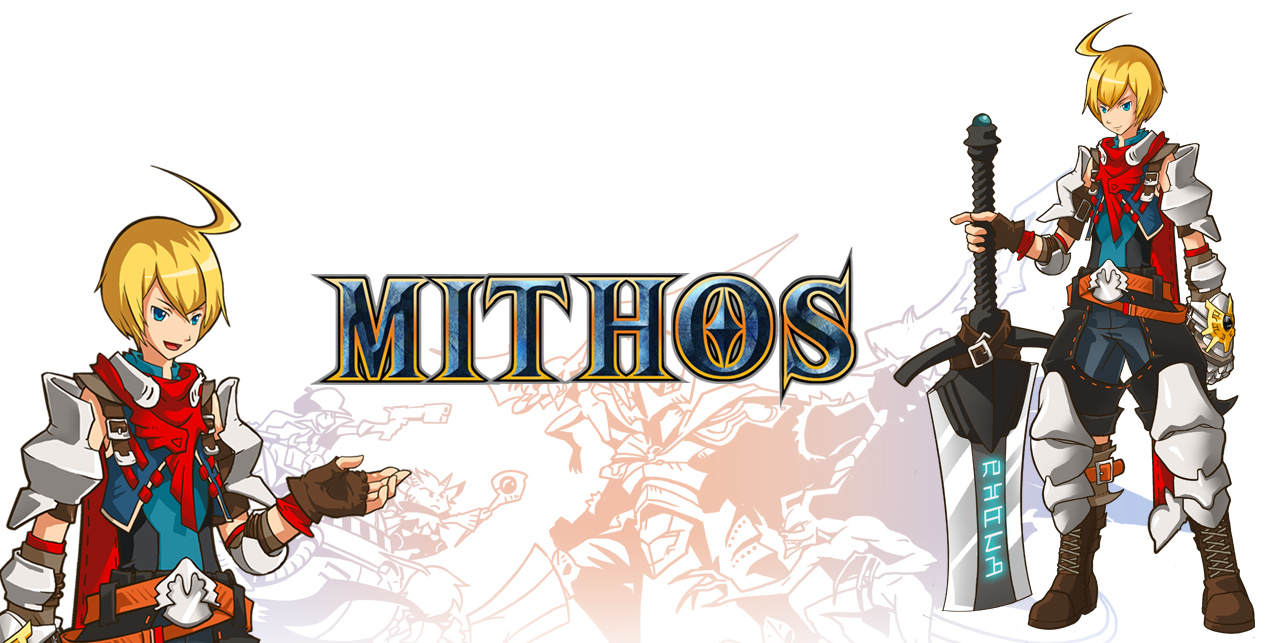 Mithos is an optimistic young man with a love for adventure. His life dream is to become the strongest Guild Master in the world, a title currently held by his late father.

Mithos loves his mother, but hates his dad. This attitude has evolved from years of Mithos' father always being away for work, and him also being used as a measuring stick for Mithos by his teachers and peers.

About 10 years ago, Mithos' father took his Guild down to the surface of Oterra to destroy the King of the Dragons so that the people of Medonia could once again live in their ancient home world. Even though Mithos' father lead the strongest and most influential Guild in history, none of them have been seen since they left.

This year, Mithos graduates from his University, and is ready to finally take the steps towards his dream. Determined to earn the title of "World's Strongest Guild Master" for himself, Mithos has joined the race to save Medonia. Except he's not looking for a cure for the islands; he has his eyes set on doing the one thing his dad couldn't: killing the King of the Dragons. But to have a chance he'll need a lot of strong allies, so that's why he's starting a guild... right now!

pretty nice sounding story, i send all my support <3

Thanks CN.Kit =) I'll be trickling out more information on different characters over the next week as we get closer to the Kickstarter launch, so please keep in touch!

definitely will, you can count on my support when that kickstater goes live as well, not many things catch my eye but this game wont stay out my head xD

I love the artwork in the first image as well as the style in the Mithos banner (very reminiscent of the original Final Fantasy Tactics). The story seems pretty average to me, but if the ingame artwork lives up to the concept art, I'd be pretty stoked!

Thanks sunnder. =) It'll really be up to the Kickstarter to decide if the in-game environment artwork can be hand crafted to best fit the style. If the Kickstarter does exceptionally well, it will also allow me to enhance the models!

You have a great artists!
I also love the artwork I see all over the updates... the 3d translations are looking really amazing too.
I am all over the Kickstarter once you start it.

As I read the synopsis I started getting more excited! I actually had to stop because I didn't want to ruin anything when I get to play Soul Saga

Thanks booman! I'm the same way with stories. I prefer to go into a good game or show or movie blind to the plot, even if they aren't considered spoilers. I think that way every little detail is a surprise instead of just major plot twists.

Story sounds nice. I think I could follow the different pieces/places quite well so that's a good sign- good write up. :) All in all- loving it right now!

Thanks A-Frique! Please keep me updated on your impressions as the story starts to trickle out. =)

Story seems well enough. Enough promise for a game like this, we'll see if it joins the greats later on ;)

So, how old would you say Mithos and Elise are?