We've been designing some new space environments to fight in, like huge mega structures and cosmic phenomenon. Check it out! 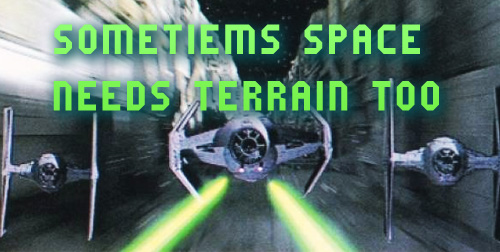 Space is an astonishingly vast place. The wonders within it take up little room, when compared to the distances between them. Fighting a battle there would by necessity mean a total lack of comforting protective obstacles to use as cover, and defensive structures… most of the time. Now and then, things get a little more claustrophobic: 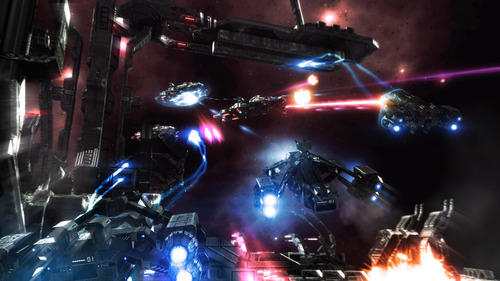 For the upcoming release, of the first beta of the full version of SVSH, we’ve been working hard to figure out ways to add more obstacles, structures, and cover to our space environments. The problem for us was twofold:

Once we figured out the answer, the ideas came flooding in. It was actually pretty simple: think bigger. Capital ships may look silly skimming along the surface of some much larger warship, but what about Freeman Dyson-style engineering mega structures, planetary rings, and the ancient relics of civilizations long past, just to name a few...

AIAD manufacturing complex
This sprawling massive structure is large enough to construct whole fleets of ships. So it stands to reason that whole fleets can do battle there too. The structure wraps around itself above and below, with arms and towers to block enemy fire. 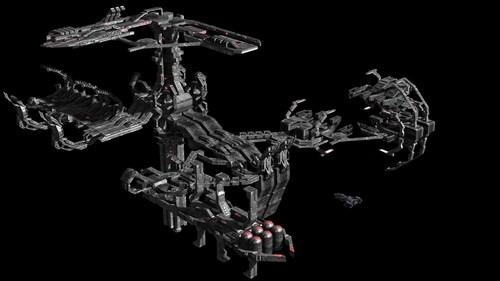 Texturing this guy was an interesting challenge. Since battles take place near or inside it, the textures and geometry have to be very high detail. Chris has been working on a LOD (level of detail) system for SVSH. This means that objects which are more distant from the camera are drawn with fewer details than objects close to the camera. We also split the textures for the complex into multiple files, so that the game can choose lower resolution versions ofthe texture for the quadrants of the structure that are farthest from you. 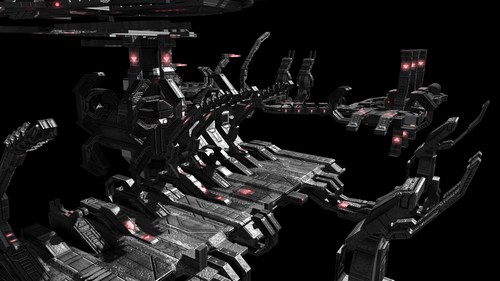 The idea here is to introduce a sort of space terrain to this environment. Below the battlefield are the rings of a nearby gas giant. Flying down into them will have the effect of causing low level, continual damage to your ship, to reflect colliding with all the little chunks of matter which make the ring up. The rings are advantageous however, in that they protect you from prying eyes. Opponents will loose good sensor locks on you, meaninf you can use the rings to make strategic movements without being followed. 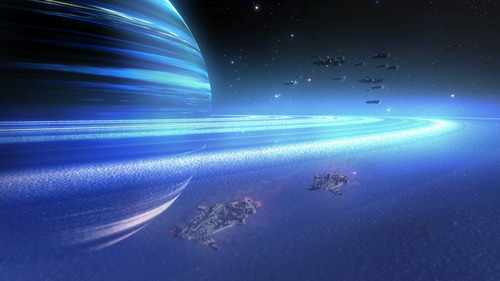 This environments will also be using a level of detail system, where more and more particle effects fade in the closer you get to the rings, until you appear to be immersed.

And not just any space wreck. It’s unclear who built this mega structure, but since it seems to contain operative alien technology, everyone wants it. This level is unique because it’s full of booby traps, and triggerable objects, which the player can use to his advantage. 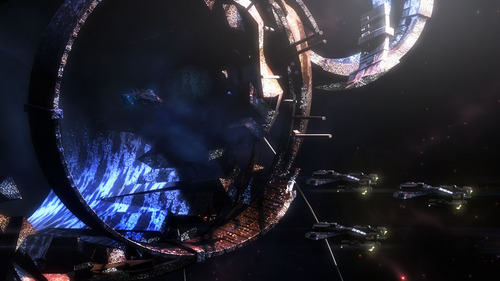 We’ve got other ideas for environments in the works as well, so stay tuned.

P.S. I've been upgrading the AIAD ships with more details and robotic geometry. Check it out: 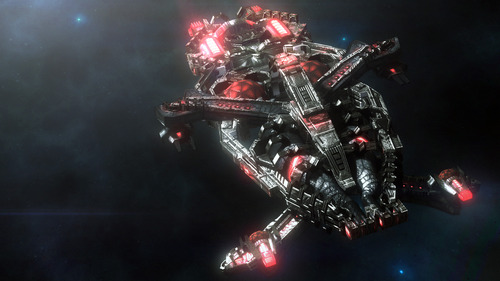 Next week I’ll be designing a spaceship from scratch for y’all to watch.
Good Hunting.

This + Limit Theory + Star Citizen. I need a new computer.

Wow this game looks serious! Evidence of a strong team, holding the project together. Deserves Steam Greenlight much more than majority of games there.

@billy: we're really working towards a super amount of optimization (maybe 10-20x speed improvement from the demo), so here's to hoping a supercomputer isn't required.

All good! Was being a little facetious. Need an upgrade mostly for other stuff anyway. Really like the reasoning behind including superstructures like Dyson Spheres/Rings.

The space wreck is sort of a reference to Halo. You may not have meant to just imo.
Long lost civilization leaves behind a mega structure that everyone wants.

This is some really great environment design. =D