A mission which takes place during the night and where the player will have the opportunity to pilot the Kamov Ka-50 inside enemy territories.

Following the development of the single player campaign of Aerial Destruction, more missions were created taking action on different places and during various moments of the day.

Here is a mission which takes place during the night and where the player will have the opportunity to pilot the Kamov Ka-50 inside enemy territories. 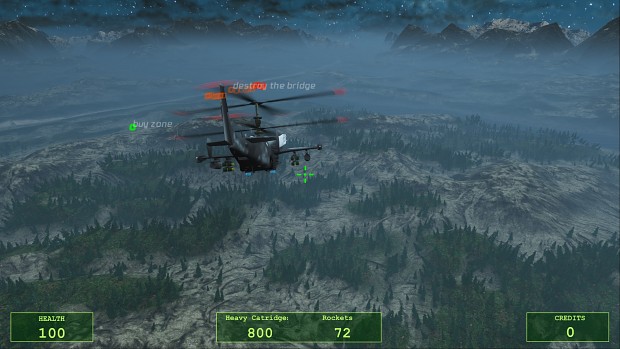 The goal in this mission is to destroy a bridge used by the mutants to cross a river and attack allies positions. 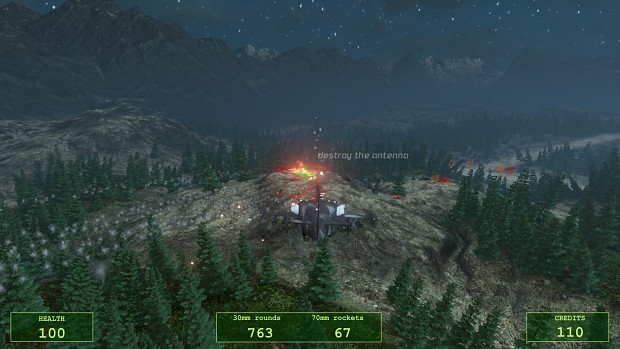 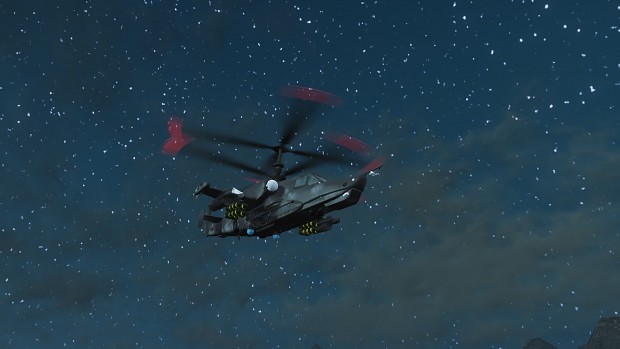 It won't be easy because the area is full of mutants troops armed with anti-aircraft weapons and even worst, the only missiles capable of destroying the bridge are still to be found in one of the settlements around the road. 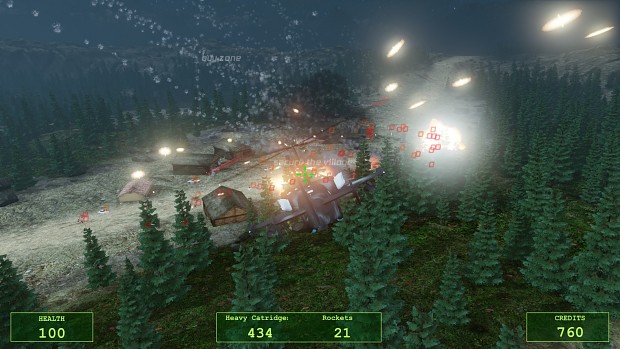 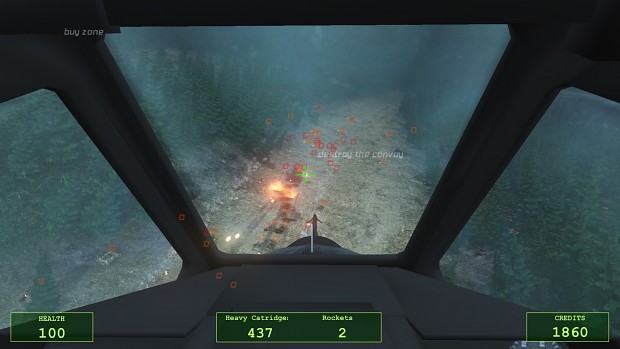 Mutants are occupying the settlements, so destroy them before landing. A friendly commando unit is hiding in the forest with three trucks where you will be able to refill there with ammo if needed. 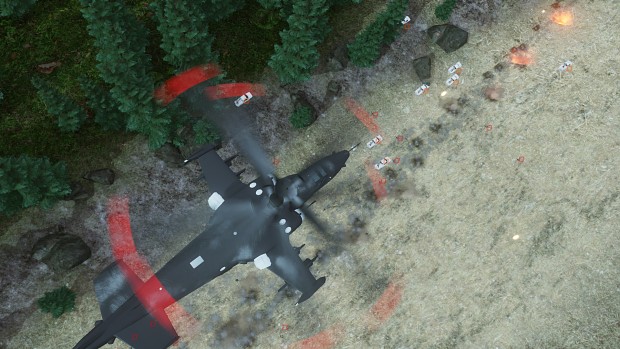 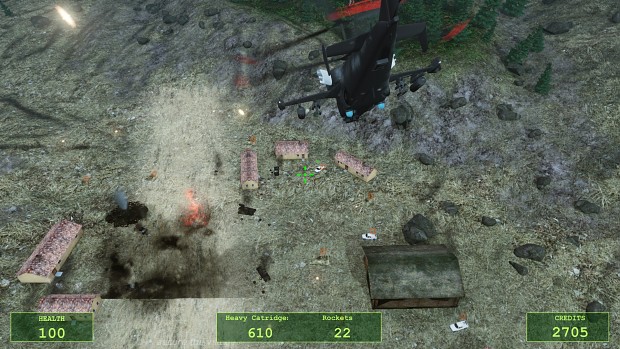 Each settlements is holding ammo and rockets for your helicopter, but you will have to find the one which contains these missiles. Once you found them, load them into your helicopter, blast the bridge and then pull out ! 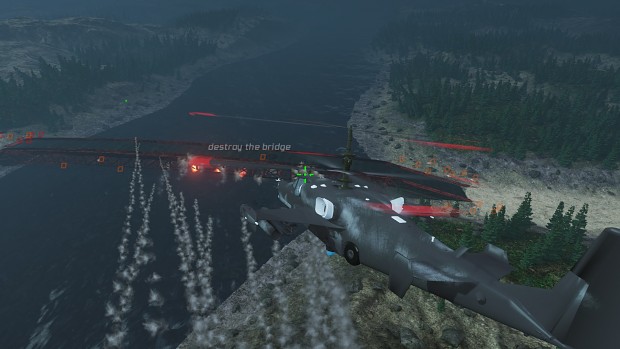 Since progress of the development of the campaign has been going well, the next step is now to work on the menu, the helicopters, missions unlocking system, the subtitles and other things which are more related to the gameplay.

In the meantime, the game is getting more and more close to be released on Steam !

Check out the home page at devdangames.com

nice work keep it up