We show you the two confirmed maps for release, a gameplay video!

An update that isn't 6 months late? Blasphemy! Well the good news is that we have nailed down a potential release date and are working our butts of to make this set date the release of the Solitude Alpha. So let me tell you what you'll be getting map-wise in the Solitude's Alpha; 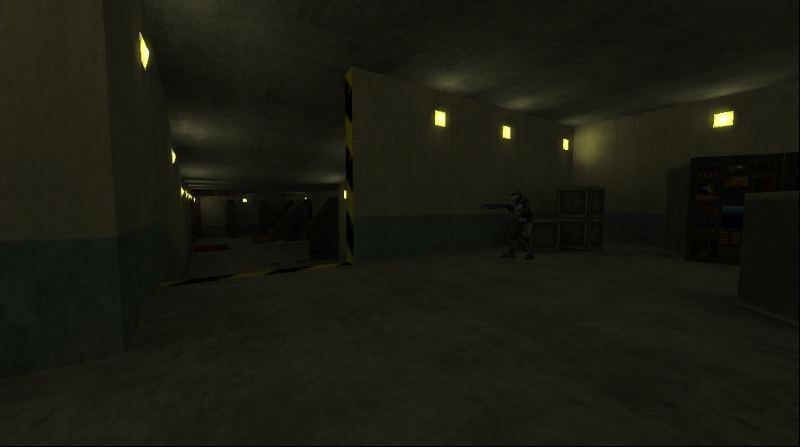 This map is based on Eridanus II, home planet of the biggest bad ass in the Halo universe. The map is located at a UNSC mining research outpost: due to the covenant attacking the bigger city's, all the UNSC staff quickly abandoned it. Insurrectionists found the abandoned outpost and set up camp inside the base attempting to repair the base to it's former glory. It began to get over crowded so they started to research and repair the available mining equipment, a break through happened as they found the Henriksen 420 drilling vehicle. This aloud them to make a cave inside one of the surrounding icy cliff faces. Here they set defenses up to fight any surprise attacks from the covenant. 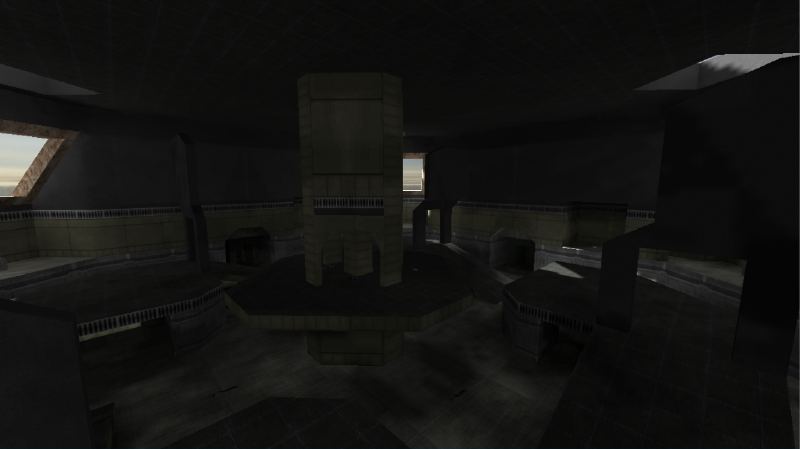 Wizard is Wizard; a remake of the original Halo: Combat evolved map.


Halopedia wrote: It is most likely a Human structure due to the Human metal plates that make up the internal part of the base. It is also possible that it is one of the Human camps that the survivors of the Pillar of Autumn built on Installation 04.


There are still two or three maps that could be released with the alpha: although the most likely situation is map-packs.

Part Two can be found here 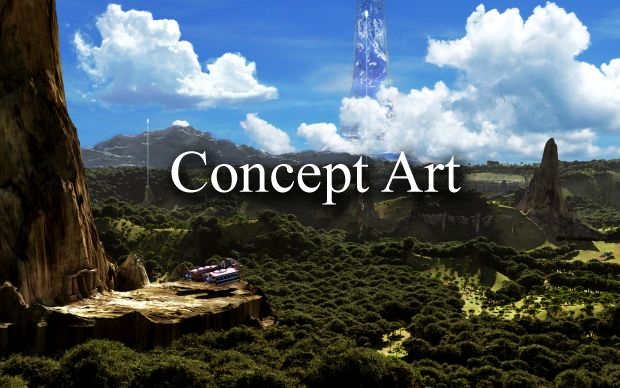 A subject that is commonly talked about is the use of concept art, is it needed for a project with all the designs made? Yes, yes it does. Most people assume that working on Solitude takes no design, creativity and new ideas: after all it's a Halo game right.

Wrong. While the majority of the designs are done for us. We've decided that Solitude will benefit if we stop trying to mimic Halo one graphically and artistically. One of the early moves was the not so new, new Spartan. That started off a wave of new ideas, design work and creativity. The current Solitude art style (Xaleners art style as Like to call it) might just be the thing that makes the game feel more complete. 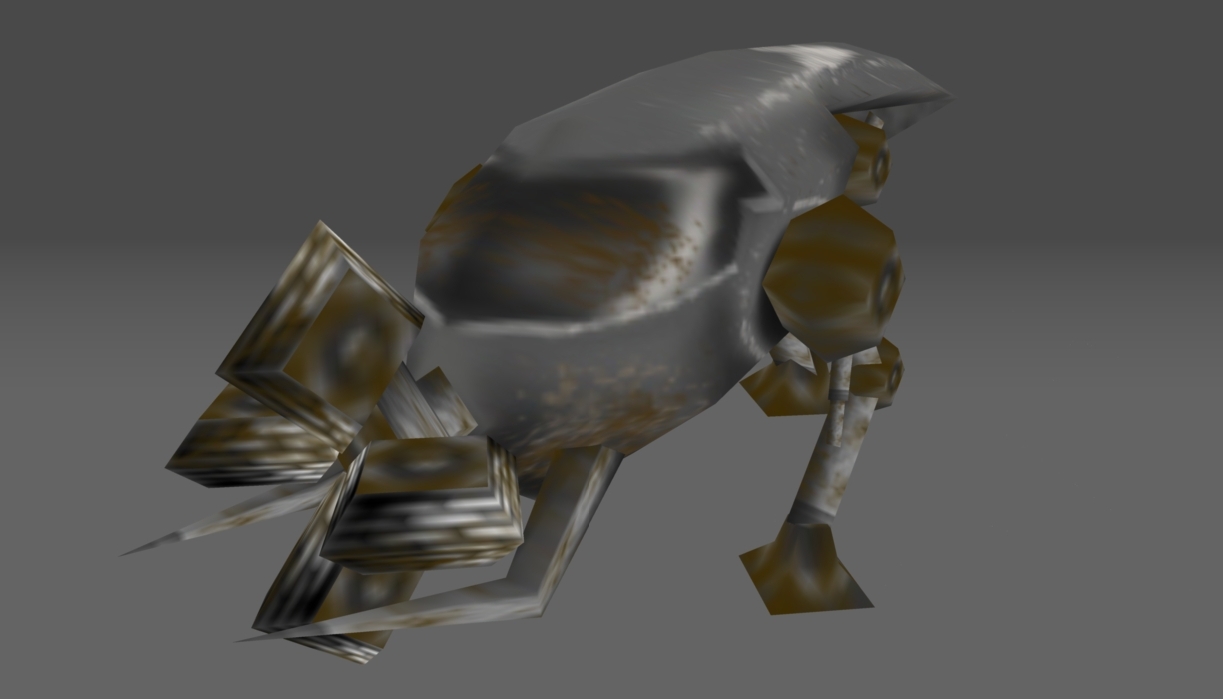 Well that's, that for this weeks update. Stay tuned for some announcements on the 24th of this month!

Ooooh, I like that drill xD
Everything is looking great!

jaja love it.
i really want to play it.
excelent work guys

This is really coming along, nice work on the in game mechanics (based off of the provided video) and the drill

lol! At first i thought the drill was a flood infection form! XD

i thought the map were in halo firts. But when i saw video that there was no halo or treshold i knew i were wrong :D And i know who is from eridanus :D

Thats Awesome! But i tihnk the Assault Rifle + Shotgun are underpowered.
And Sniper + Grenades = Overpowered.

But the progress... U guys are the best!

Very nice, looks fun for people with a slow computer like me. I cannot wait for further release.

Awsome! I look forward to the 24th!

We don't have a track record for sticking to dates, as we've never announced any.

Besides, you should check out Valve, or ID software, or Gearbox if you think we're bad.

@joealtair Are you sure because you have the best tack record for posting negative comments relating to times. Try this song Youtube.com

you guys are awesome. a couple years and you have a game from a few homebrew dev's that looks like halo 1 on the xbox. really, really nice job fellas. i have a feeling, psp users are gonna get their butts kicked if you have inter-console fights. :P
nonetheless, i look forward to both forms, and again, keep up the fantastic work, and it looks great. look forward to being a alpha/beta tester. :P

gah meant to say psp and not pc twice.

Hey is it me or did the muzzle flashes chage back to a squar pic.

Hey, if you need any help in the art department, I could give it a try. I've taken Comtech (Digital Design) courses throughout all 3 years of high school. Just sayin, cause I think I could easily fix the muzzle flash XD

The muzzle flash is a clear placeholder, it just a sprite placed roughly where the barrel should be. With attachments and particle effects ( the way I hope we get to do it) it will look alot better.

Yeah, the muzzle flashes are from Half life. 100% temporary.

I bet they are gonna release... Too Bad I won't be able to get it because I will be gone

I hope that they release.

Well. We were all wrong. We just get slapped in the face and hope that sometime they will do some announcements. I hope that they didn't come across something bad aka a glitch or something like that.

Are you guys going to release your game engine for public use with the alpha or are we going to have to wait until the final release?

Well I can not wait for how much longer it will be. It is 3:00 am were I live after watching a night of NO RESERVATIONS and it seems like forever. Knowing that something good is about to happen in the morning of the day or night of a good long awaited update that every one is dieing to here or read or download with what ever happens sometime today. I'll will be happy to see it in a since. You guys are probably one of the most best psp game making ever. I am glad that my psp was ready for this.

Quick Question. IF there is a beta this year, will we see the ghost in it? Oh, and today its the 24th. Ehh, will the announcment be today? ^^

Sorry lads. Announcements on it's way.

Haha, it's okay Sami. I understand. I was just messin anyway :)

The update has been posted on the forums a while back. Some media is being prepped for the ModDB update.

why cant teh AR ammo count go down, im guessing it would just take to much to work on such a small thing,
Oh and when will there be a new update im dying to see whats new in teh past 2 months!!!

"The update has been posted on the forums a while back. "
Think of it as a special thanks to our forum members, a big update should be out soon here on mod db (big ;) ).

Thanks for telling us ahead of time. ;)

cant wait for this to be released looks realy good