The long-awaited TPOF v2.4 has finally been released on March 13, 2009. There are many new features, and many bug fixes. This is probably the best TPOF compile I have ever done. Most notably, the user interface has been cleaned-up...[Cont.]

The long-awaited TPOF v2.4 has finally been released on March 13, 2009. There are many new features, and many bug fixes. This is probably the best TPOF compile I have ever done. There are many new & Updated features. There is a change list so long I don't think it would fit in this space. This build is both highly Experimental, and very stable. It all depends on the system your running, and whether Homeworld 2 runs correctly, or not. After this release I will be on a two to three week hiatus from TPOF development. I will hopefully be able to produce some actual backstory to Slipstream in that time. Until then, enjoy v2.4! 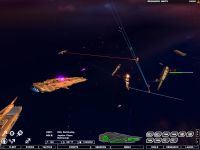 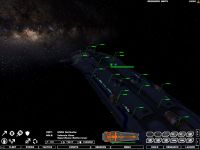 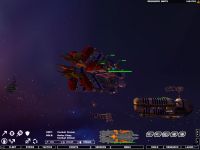 Ok, that's it! I'm reinstalling HW2 for this. Congrats on the release!

Does this have working AI?

The AI has always worked.

Just had to leave my impressions after playing.

it's so much better! I love the skybox, I would prefer more seperated sources of income on the badlands though so there's lulls in the battle though.

I love it how the frigates strafe!

Just one thing, the loading screen, at the tip right hand corner has a graphical error. Nothing big though :)

Yeah i know, i saw it right before i uploaded. Ill have it fixed in 2.5

I don't know if it's just me, but on badlands i'm greeted to a huge white map...almost blinding